When Is The Best Time Of Day To Get Things Done?

During the opening keynote at the Telstra Vantage event held in Melbourne recently, author Daniel Pink talked about how there are thousands of books that tell you how to be more productive. But there’s very little well-researched and actionable advice on when is the best time to get things done. He sought to change that when he embarked on a research project to look at what times of the day are best for competing certain types of tasks. If you’re working from home and sharing the workspace with someone else, it could be worth seeing if you can coordinate your best work times so you don’t get in each other’s way.

Pink said that the question of when it’s best to do certain jobs has very practical applications. Aside from personal productivity he said it extended to what time of days students take exams and even whether you should visit a doctor or hospital in the morning or afternoon. The research he looked into covered a vast number of different disciplines. He noted that we’re all asking the same questions about when it’s best to complete certain tasks but we weren’t sharing the data and putting things together.

One of the tools used in the analysis is LIWK (Linguistic Inquiry and Word Count). It’s a text analysis tool that can be used to look at massive slabs of text.

In looking at the transcripts of tens of thousands of quarterly earnings reports – the regular updates public companies give to press and analysts – he found there was a specific pattern in the language used by participants on those calls depending on what part of the day the calls were conducted. Similarly, a group of researchers used LIWK to conduct a linguistic analysis of half a billion tweets. That data, along with many other analyses conducted using other methods found a strong pattern.

Our cognitive abilities fluctuate through the day. They are at their highest at the start of the day, the drop through the middle of the day and then increase again later. There is a definite peak-trough-peak pattern. He called the second peak “recovery”. And, according to Pink, those fluctuations are far more extreme than we realise. 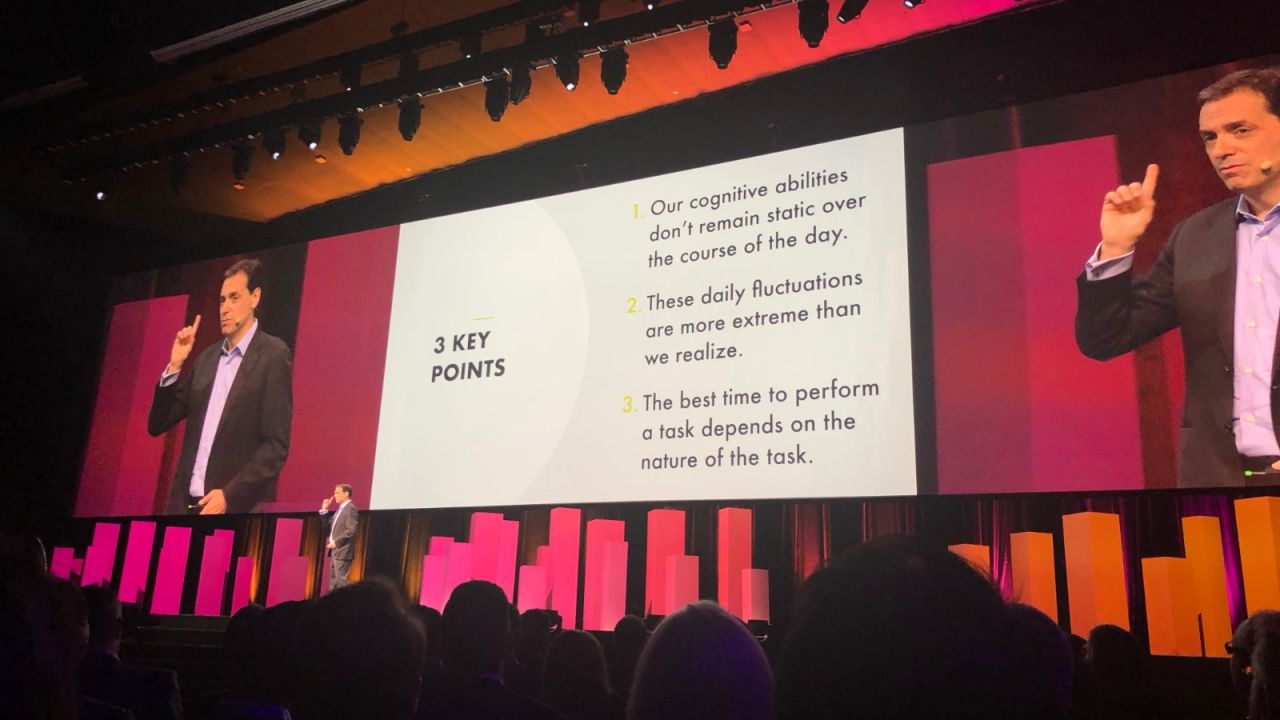 During an address to the Economic Club of Washington DC, Amazon founder and head honcho Jeff Bezos said “I do my high-IQ meetings before lunch. Like anything that’s going to be really mentally challenging, that’s a 10 o’clock meeting”.

In a work setting, the main criteria for when to schedule a meeting is the availability of the people. Pink suggests the more effective approach in order to get the best outcomes from the meeting is to match the purpose of the meeting with the best time to do this. His advice was to schedule meetings and tasks like this.

The insight period, at the end of the daily cognitive cycle is best for activities such as brain-storming and looking for creative solutions to problems, he said. 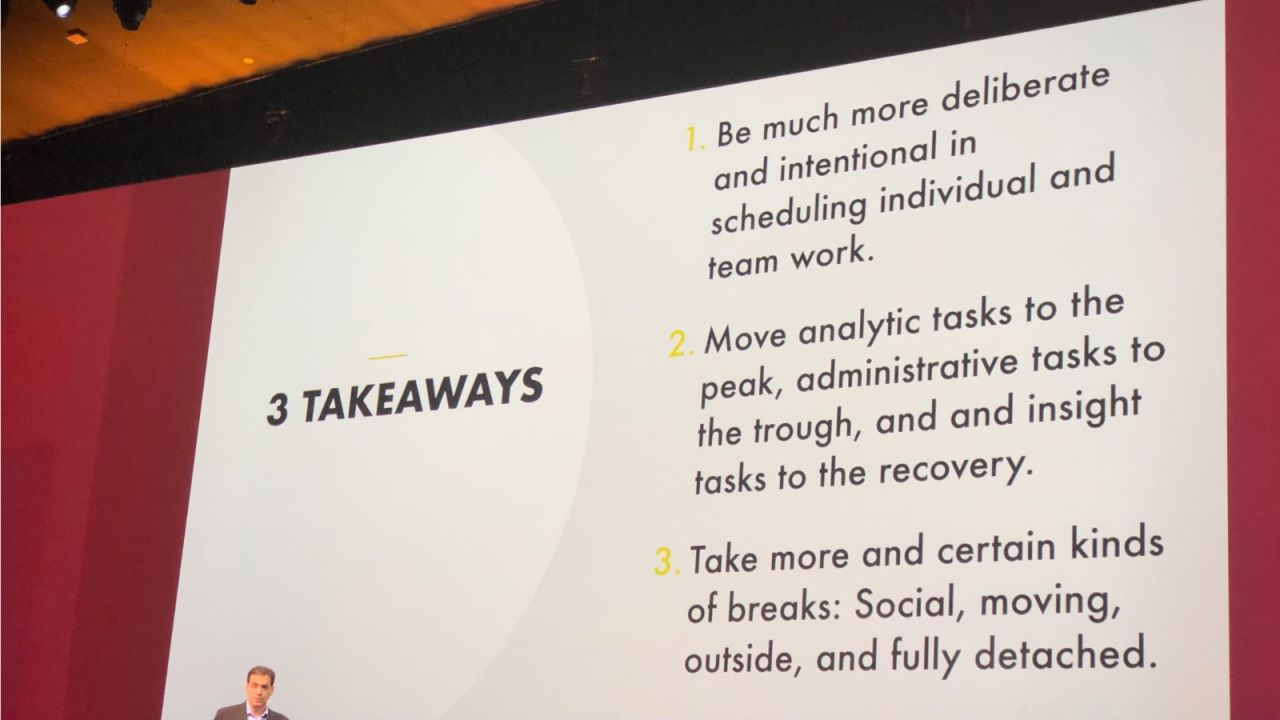 Of course, the best time of day isn’t the same for all of us. Pink noted that research that about one in ten people are “larks” – people whose natural biological rhythm is early-to-bed-early-to-rise. About 20% of us prefer to stay up late (the so-called “owls” and wake up later with around two-thirds of people sitting in the middle. Understanding your own natural chronotype and that of the people you work with can help you schedule activities at the best possible time.