The Best Oil Temperature-Testing Hack Is Still A Thermometer 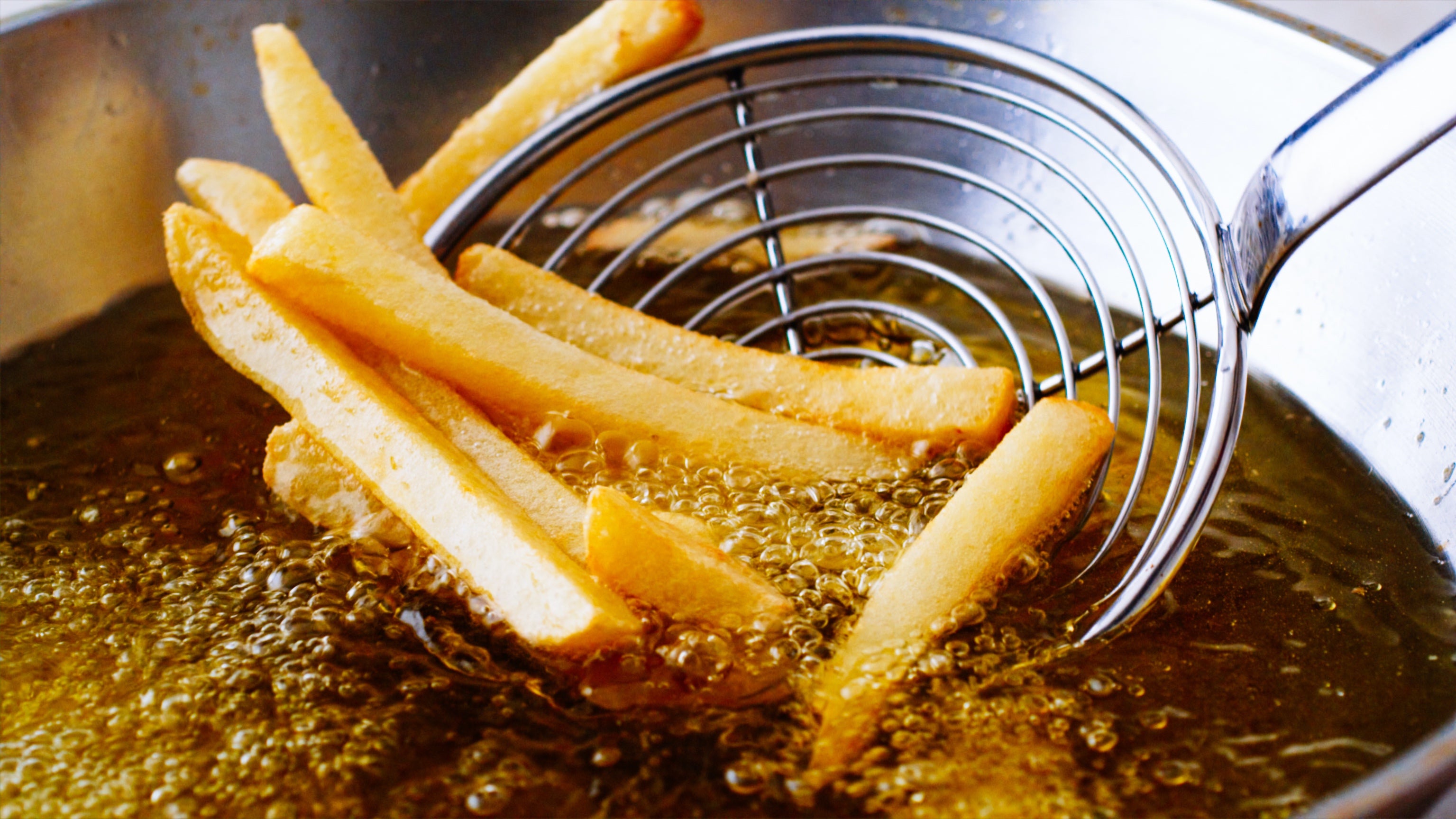 Hacks are all about spending less time, using less equipment, and making one’s life easier in general. But sometimes there just isn’t a shortcut or substitute. Sometimes you have to take the long way, or buy the proper tool. One such tool is a digital thermometer.

Temperature control is a very important part of cooking, and it’s hard to control something you can’t measure. A thermometer is the easiest, most obvious way to measure temperature, but that doesn’t keep people from trying other, more creative methods.

Just this morning, I was scrolling though a collection of TikTok cooking videos, because I am very young and hip, when this McNugget dupe video caught—nay, demanded—my attention.

It is a pretty good video. I like that Joshua takes the time to pulse the chicken into a McNugget-like paste, I like that he shapes a few into dinosaurs, and I like his general demeanour.

When he goes to fry the nuggets, he uses a chopstick to test the oil, with the idea being that the presence of bubbles around the stick indicates that the oil is hot enough to fry.

I had never heard this hack before, even though we had covered the wooden spoon variation of it (seven years ago—way before my time). The post also mentions that you can use a popcorn kernel for a similar test, claiming it will pop when the oil reaches a temp “somewhere between 325 and 350℉ (162-176 degrees Celsius).” (I then found other sources on the internet that claimed the same thing.)

On the surface these hacks seem good, and I like the idea of being alerted by a pleasant pop!—but I had some initial concerns.

For one, not all chopsticks and wooden spoons are the same, and coatings, treatments, and residual dampness from washing could affect how they react in hot oil. Popcorn, on the other hand, is a piece of organic plant matter, which is not known for being consistent. Popcorn pops when the water inside it turns to steam, which happens at 100 degrees Celsius—much lower than 162 degrees Celsius, the absolute minimum temperature oil needs to be to fry anything in it. (I usually aim for 182 degrees Celsius, as the oil will cool when you add food to it.)

How rapidly corn reaches its popping temperature depends on the water content of the individual piece of corn (which can vary) and how long the kernel has been heating with the oil, which led me to think that this was not the most reliable hack.

Anyway. Instead of sitting on my couch and thinking about theoretical water contents, I decided to grab my digital thermometer and actually measure something. I took some cold oil, poured it in a Dutch oven, and added three popcorn kernels. I also set an (uncoated) wooden spoon down in there. The first kernel popped when the oil reached a temp of 138 degrees Celsius. The last one popped at 139 degrees Celsius. If you were to start frying food at this temperature (which is much too low), the temp would drop even lower, and your food would absorb the too-cold oil, resulting in greasy, gross food.

The spoon, however, started bubbling at around 165 degrees Celsius, which is within the frying range of 162-176 degrees Celsius, though still a little too cold for my liking. And again, I can only say this is true for that spoon, and would not feel comfortable claiming it worked for all wooden cooking implements (though it seems to also work for Joshua’s chopstick). I could test all my spoons to see which bubble at what temperatures, but I would need a thermometer to do so.

I’m not going to tell Joshua to quit checking his fry oil with a chopstick. Joshua is doing just fine, and at least he isn’t using a piece of popcorn, which is a very bad hack.

But unless you already have a reliable chopstick (or some other piece of wood), just buy a damn digital thermometer. It’s safer (especially if you cook meat), more precise, and doesn’t depend on the water content of a single piece of corn, which is nice.