How To Set Up Multiple Email Signatures In Gmail 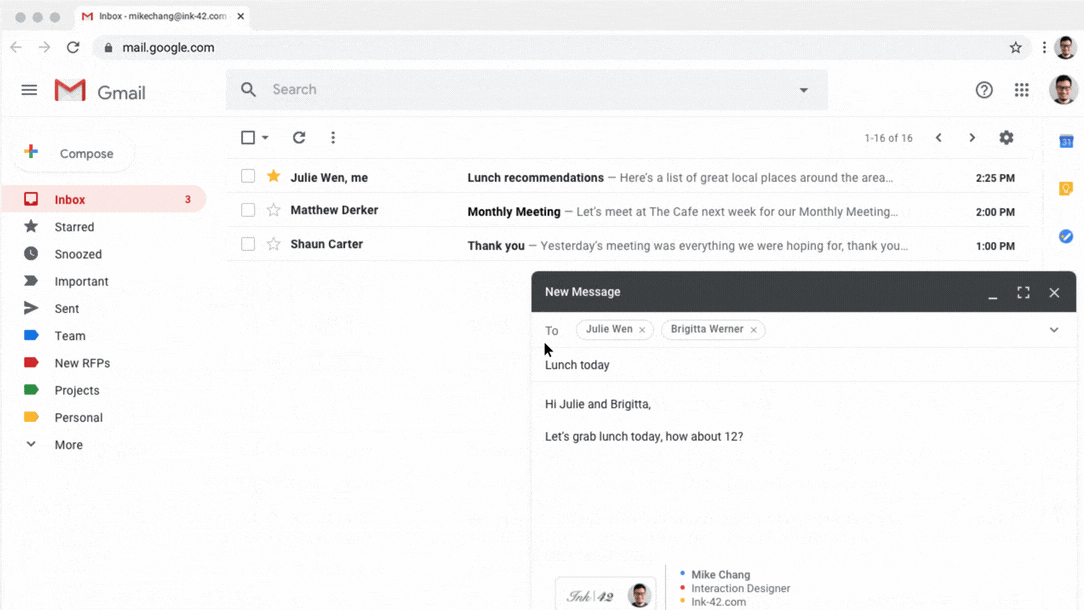 Whether you have multiple personalities or you don’t like dropping your personal phone number into every email you reply to, editing your signature on a per-email basis can get annoying. While plenty of third-party apps allow you to pick from multiple signatures when composing or replying to an email, Google is finally unleashing this feature in Gmail itself. Here’s how to set it up.

Assuming the feature has rolled out to you—Google is deploying it slowly—you’ll start by pulling up your Gmail settings. That’s the gear icon in the upper-right corner (or thereabouts), which you’ll click on, and then click on Settings.

If you then scroll down to the “Signature” field, you should see an option to create a new signature (in addition to the one you might already have). Click that and get to work. If you don’t see this option, like me, your impatience will have been triggered, and you’ll wonder why Google can’t just roll out small changes like this to everyone at once.

You should also be able to give your signatures a name, which is important, as that’s how you’ll then select them when you’re composing or replying to an email. Look for the little “signature menu” in your “compose action toolbar,” as Google puts it—in other words, look for the pen icon.

It’s neat to see that whatever signature you pick will overwrite whatever you previously had, rather than supplementing it. Now, if only there was a way to set up some kind of filter so messages to certain people, domains, or based on qualifying words in a subject line would automatically default to one signature instead of another. Anyone want to write a Chrome extension for this?