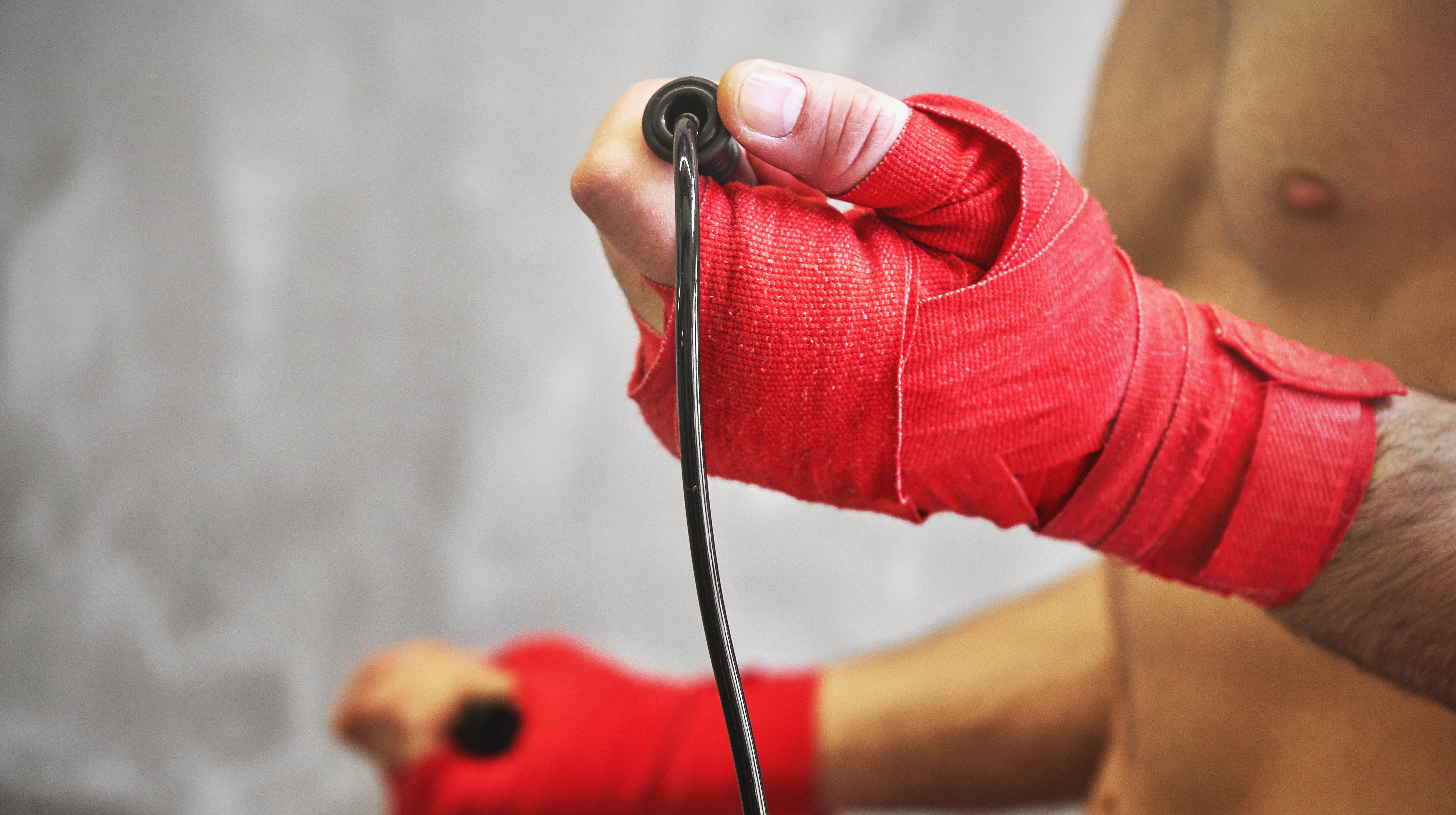 Now that gyms are closed, and we all need to maintain a physical distance of six feet from others, this means adjusting our workouts. As it turns out, there are a lot of techniques which can be adapted from boxing workouts.

Boxing, with its rhythm of three minute rounds followed by one minute of rest, has interval training built right in. Their workouts are no different. Walk into any boxing gym, and you’ll be greeted by the sound of a bell ringing, marking a schedule of work followed by rest. Meanwhile, a lot of their strength and conditioning workouts use minimal equipment, and can be adapted for small spaces.

For a few tips and techniques, we chatted with Dwight Pratchett, a boxing coach based in Houston, Texas. Pratchett, whose own professional career included fighting twelve rounds against Julio César Chávez Sr., has more than thirty years of experience coaching boxers, including up-and-coming middleweight prospect Austin Williams.

To start with, download a timing app. There are a few free ones available, as well as a premium boxing timer app. A typical schedule is three minutes of work, followed by one minute of rest, although that can be adjusted, based on your fitness level.

“You can work this at your own pace,” Pratchett says. “You can shorten rounds and extend rest periods as needed. You don’t have to go all out in the beginning.”

For your workout, the following schedule will get you floating like a butterfly and stinging like a bee in no time.

Jump rope is a staple of boxing workouts and for good reason. Jump rope is excellent for cardio, while also teaching you how to be light and nimble on your feet. Jump rope is also an activity that can be done in a smaller space, whether on a patio, in your garage, or a cleared space within your home.

“If you don’t have jump rope, you can pretend you have one,” Pratchett said. “Jumping jacks will also give you good cardio.” Other good alternatives, if you don’t have a jump rope and have limited space, are mountain climbers, high knees or running in place.

Once you develop the rhythm and coordination for skipping rope, you can add in extra skips or hops or double unders, which is when you jump higher than usual, while swinging the rope twice under your feet. (If you want to get a sense of how versatile skipping rope can be, be sure to check out this video, which features footage of boxers ranging from Joe Louis and Muhammad Ali to Bernard Hopkins and Manny Pacquiao.)

“Keep your hands up, tuck in your elbows and throw a few straight punches,” Pratchett said. While throwing punches, move around as much as you can, which loosens up your feet, and raises your heart rate.

Shadow-boxing also gets you moving in all directions. If you want to bump up the intensity by a notch, you can shadow box while holding one pound weights. Water bottles, or cans of tomato paste, are an acceptable alternative for weights.

“Use your imagination!” Pratchett says. “Things are crazy right now, don’t be afraid to adjust on the fly.”

Contrary to popular belief, boxing requires more than just arm strength. Throwing an effective punch involves the entire body, including your core. Whether it is standard sit-ups and planks, or modified exercises, every boxing workout involves a few rounds of core work. In addition to core work, add in some push-ups, dips and squats, to round out the strength training.

“Bodyweight exercises are good for not putting too much stress on your joints,” Pratchett says.

Unfortunately, for most of us, heavy bags, double-ended bags and speed bags, which are useful for working on technique, are unavailable. This won’t be forever, though. Once we’ve all done our part to flatten the curve, the boxing gym will waiting for us, and by then, we’ll know just what to do.