If you’re looking for something to watch this holiday weekend, now you have one more place to look. Redbox, the company behind those DVD rental boxes at gas stations and grocery stores, launched its own free television service this week.

The ad-supported service will eventually be available on a bunch of devices, but right now you can watch it using the browser on your computer or through the company’s dedicated iPhone and Android apps. Watching doesn’t require a sign-in.

The options it has aren’t going to be as great as what you’ll find on a paid streaming service, but there are a decent number of choices ranging from movies to television shows like America’s Funniest Home Videos and Family Feud. 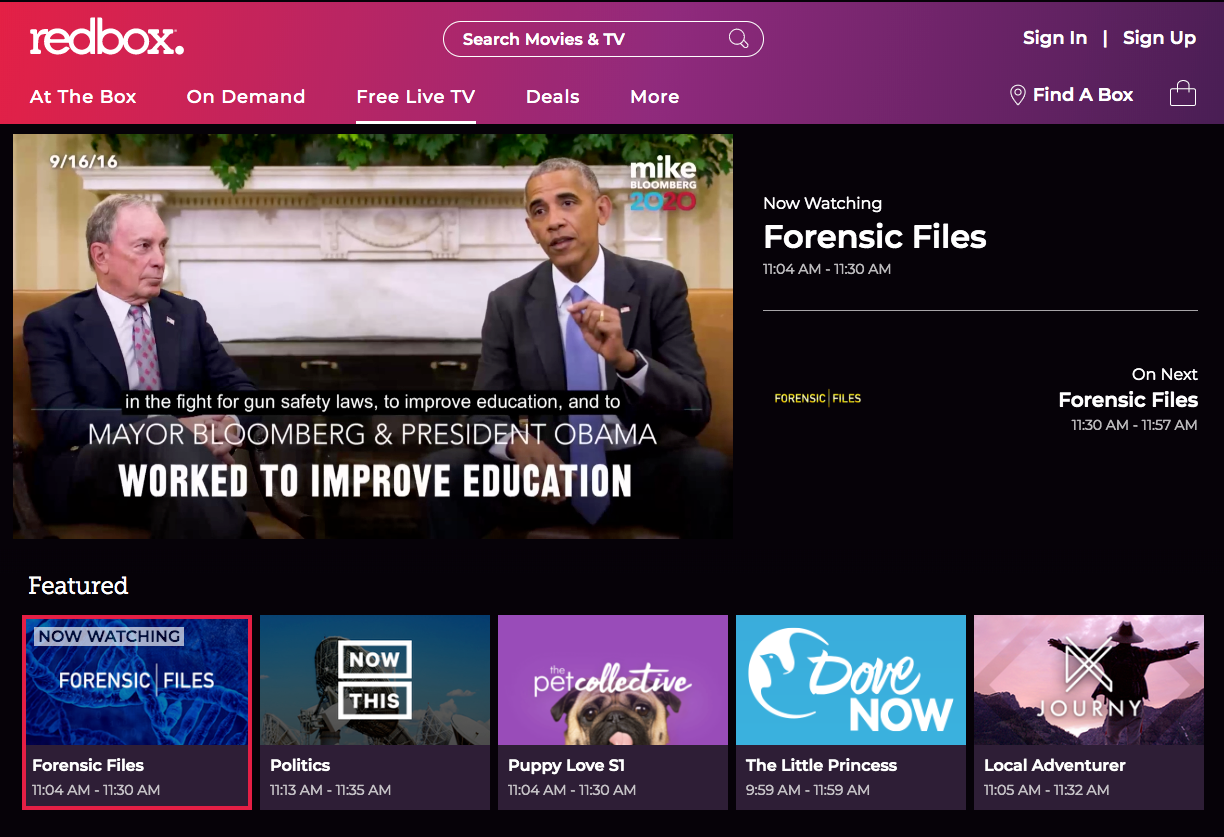 The service reminds me a good bit of Pluto TV, which also offers free ad-supported Live TV through different channels. The channel options you see aren’t going to be things like CBS or FOX. Instead, they’re focused on a particular program, or their “channels” that have been made specifically for the web.

Redbox quietly launched the service this week, so presumably, there will be more channels once it rolls out nationwide.

Worth noting: Redbox also offers paid movie streaming on its site. Pricing is comparable in most cases to what you would pay through Apple or Google; however, you can earn points with Redbox for those rentals that can be redeemed for free physical DVD and Blu-ray rentals, if that’s still a thing you do regularly it might be worth checking out.