Why Hydrogen Is The Perfect Boat Fuel

There are issues inherent with hydrogen as a fuel for cars. It is incredibly expensive and energy intensive to create, it is difficult to pressurise and transport, and the infrastructure for hydrogen as fuel is far less developed than battery electric charging.

A few automotive manufacturers, chiefly Honda and Toyota, have hung their zero emissions program hat on the hydrogen peg, but it’s still a very small sliver of the automotive market. As a car fuel, hydrogen straight up sucks. But boats are another story.

Toyota and the Energy Observer are proving that hydrogen might be best served as a fuel for traversing the high seas, however. Toyota has adapted what it has learned from the Mirai hydrogen experiment to the Energy Observer, a former racing catamaran which now travels the world preaching the gospel of maritime ZEVs. 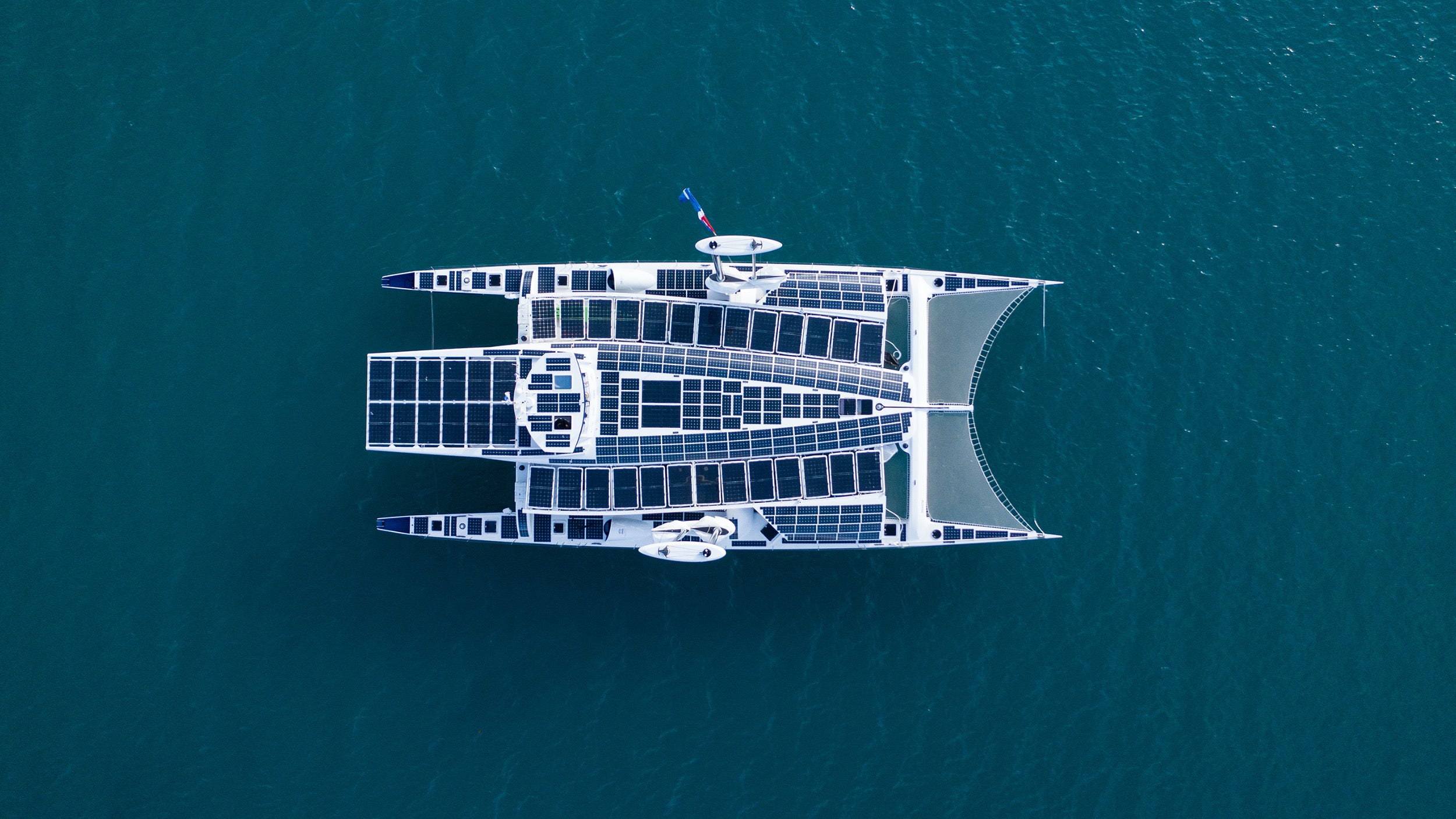 The Energy Observer uses a pair of wind turbines and a vast array of solar photo-voltaic cells to both propel the vessel and provide power to its on-board hydrogen-creating electrolysis process. Sea water is essentially zapped into its component parts and the isolated hydrogen is captured to be expended inside the Toyota fuel cell generator. The process emits nothing but oxygen and water out the “tailpipe”.

The fuel is the ocean, and the ocean is everywhere. It’s free fuel.

In optimum conditions, the boat is propelled entirely by wind and solar. A rack of lithium cells onboard keep the thing running when it’s cloudy or calm winds, and Toyota’s fuel cell system takes over to produce the boat’s propelling energy at night. 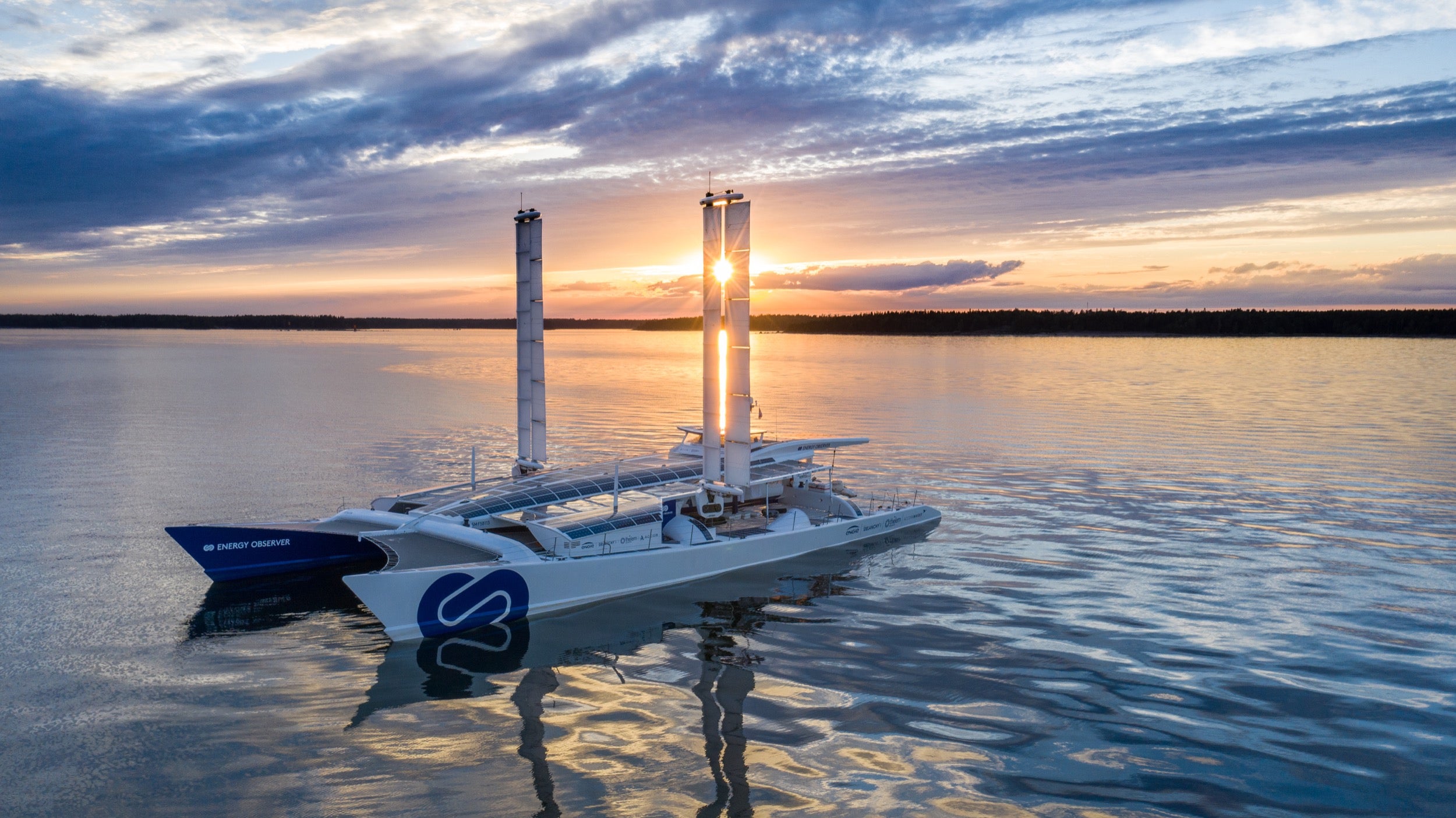 This boat is a floating test bed for the future of water transport. I can already imagine a world where this technology is massively scaled to accommodate powering giant cargo ships and fishing vessels.

Shipping and commercial fishing is responsible for nearly one billion tons of CO2 per year, or nearly 3% of global greenhouse gas emissions. I was at a marina the other day and the fuel price said $US5.02 ($7) per gallon of marine grade fuel, or $US4.02 ($6) per gallon if you bought at least 100 gallons. First, this is why I would never own a boat, and second, wouldn’t it be great if you boat owners didn’t have to buy fuel at all? Especially with the knock on effect being that your boat no longer produces any harmful emissions. 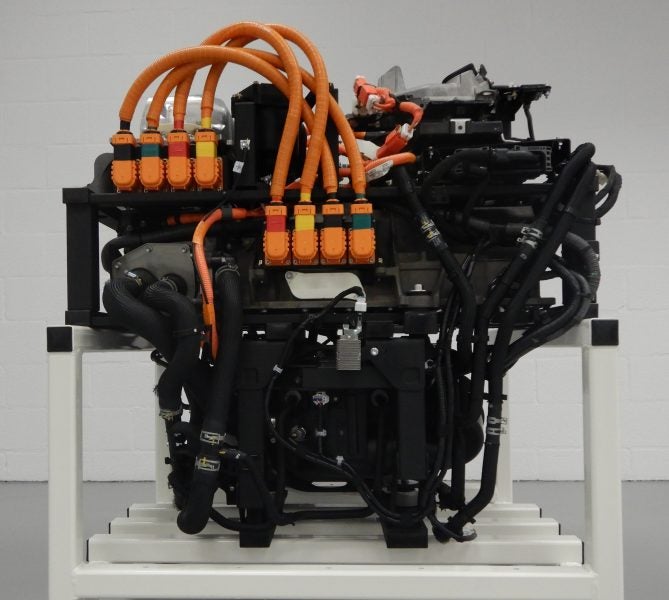 I’m so jazzed that this tech is proving to be viable in the hands of the Energy Observer crew, because this is exactly the kind of big think we need to be committing to right now.