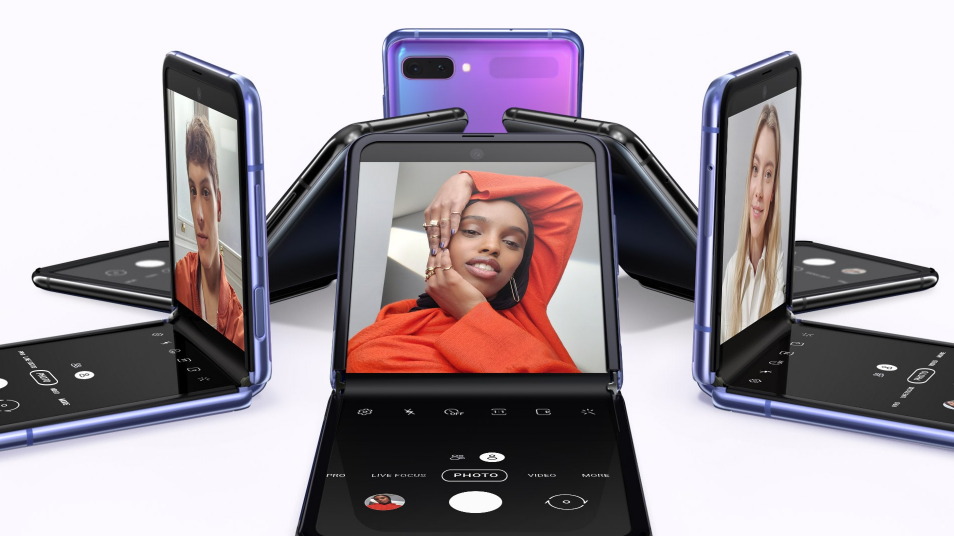 Image: <a href="https://www.samsung.com/global/galaxy/galaxy-z-flip/">Samsung</a>
To sign up for our daily newsletter covering the latest news, hacks and reviews, head HERE. For a running feed of all our stories, follow us on Twitter HERE. Or you can bookmark the Lifehacker Australia homepage to visit whenever you need a fix.

A flip-phone battle is brewing, so which smartphone should you get if you subscribe to this particular aesthetic? Let’s take a look and see which one is worth your money”if either.

The big feature for both phones”and the most natural place to begin our comparison”is their folding screens. Neither phone completely outshines the other when it comes to the quality and performance of their displays, as they both have some unique attributes. Let’s start with the main, folding displays.

The Z Flip’s screen has a bigger, higher resolution screen and better colour accuracy than the Razr thanks to HDR10+ support, but that’s only part of the story”these are folding screens, after all.

According to early impressions, the Razr folds better than the Z Flip, with both parts of the screen resting flush when flipped down. The Z Flip has a gap in its hinge and may have some slight warping of the screen”which is pretty common in most folding displays so far, especially Samsung’s.

However, Motorola had to make some concessions to achieve that seamless fold that affects the phone’s durability, most notably using a plastic screen instead of glass like the Z Flip. According to The Verge’s comparisons of both phones, the Razor’s hinge is flimsier; whereas the Z Flip is strong enough to sit with foldable display in an “L” shape, as shown in CNET’s hands-on tests.

The outer displays are a slightly different story, however. The Z Flip only has a small outside display that mostly shows notifications”though it can be used as a tiny viewfinder for taking selfies, which is a neat feature.

The Razr’s secondary display lacks a selfie viewfinder, but it’s much larger. it can display more app and notification info, and it’s more interactive. The outer display might be the less important than the main folding one, but it still seems like Motorola has the edge here (unless upcoming reviews of the Z Flip indicate otherwise).

Here’s a quick overview of what each of these smartphones have on the inside:

As you can see, the Z Flip bests the Razr in every category. Motorola has implied that the Razr’s lacklustre specs were necessary to boost its battery life, but the Z Flip not only has more powerful hardware, it also has a bigger battery. Advantage: Samsung.

In fact, despite the hardware compromises necessary to have a folding screen, the Z Flip actually seems like a decent smartphone based on its specs and the various hands-on impressions that have started to trickle out. The specs of non-folding devices like Google’s Pixel 4, the iPhone 11, or Samsung’s upcoming Galaxy S20 beat or match the Z Flip in just about every way, of course, but it’s no contest if you’re comparing it solely to the new Razr”the Z Flip is the more powerful phone.

Truth be told, I’m still sceptical of folding smartphones in general and I think your money is better spent on a flagship phone from any of the major Android manufacturers. However, if you’re sold on the concept, I would recommend the Z Flip over the Razr, just on price alone. Not only is it $US120 ($178) cheaper, but you’re getting a much more powerful device (on paper). Unless you’ve fallen prey to the siren song of nostalgia, there’s almost no reason to pick the Razr over the Z Flip.