milkshake duckword of the year

Milkshake Duck [noun]: A person who is initially viewed positively by the media but is then discovered to have something questionable about them.

Macquarie Dictionary picked ‘Milkshake Duck’ as their word of the year back in 2017. So what exactly is a Milkshake Duck and what are the best examples of it?

What Is Milkshake Duck?

If you’re not aware, ‘Milkshake Duck’ all started with a tweet by Australian cartoonist Ben Ward, who goes by the twitter handle “pixelatedboat”. On June 12, 2016, Ward tweeted the below:

The whole internet loves Milkshake Duck, a lovely duck that drinks milkshakes! *5 seconds later* We regret to inform you the duck is racist

The tweet became a viral sensation, racking up over 30,000 likes. In less than 140 characters it sums up, quite elegantly, the rise and fall of the ‘internet celebrity’ – or more accurately, people that shoot to fame seemingly overnight and are later revealed to be problematic.

The story of Milkshake Duck is now a tale as old as time: A milk-and-cream loving mallard is praised by social media for being fun, adorable and interesting, but shortly after is found to be a racist, sexist waterfowl. Okay, so that’s not a real story – but it perfectly encapsulates the breakneck speed at which the internet moves.

The bigger your star grows, the more likely it is that people begin digging into your history. Social media has given us the ability to readily access comments, photos and stories from the past and allowed the idea of Milkshake Duck to become entrenched in the online lexicon.

More and more often, we see ‘human memes’ rise and fall in a matter of hours. Skeletons are dragged out from their closets and disseminate through social media for all to see with record speed.

#1 Tim Soret and The Last Night

At the Electronic Entertainment Expo (E3) in 2017, an indie video game called The Last Night electrified the Twittersphere. With the reveal of a digital-rain-soaked trailer during Microsoft’s press conference a lot of attention began being paid to the game’s designer Tim Soret. The exceptional pixel-art styling and cyberpunk aesthetic earned Soret a lot of applause, but savvy Twitter users quickly delved into his history and found that he had often tweeted about the much-maligned Gamergate movement, a harassment campaign that targeted various female figures in the video game industry.

His original comments around the matter were posted on the Idle Thumbs forums, back in 2014, and the internet quickly 180’d on Soret and The Last Night.

Positive praise swiftly turned sour and Soret was called out by notable anti-Gamergates figures for his tweet history. In an unusual coincidence, the controversy blew up on the anniversary of PixelatedBoat’s original ‘Milkshake Duck’ tweet and Soret quickly found himself the textbook example.

Keaton Jones’ story went viral at the end of 2017, after his mum posted a video of him discussing how he’d been bullied at school because of the way he looks. It quickly gained traction garnering the attention of celebrities the world over, such as Katy Perry and Justin Bieber, throwing their support behind Keaton and urging him to stay strong and rise above the bullying.

But the internet doesn’t sleep on a viral hit.

Within days, the internet had uncovered various social media posts by Keaton’s mother, with pictures of the kids posing with the Confederate flag. Quickly, opinions changed and questions began being thrown around about the authenticity of the original video and Keaton’s estranged father (who had previously posted photos throwing up white supremacist gang symbols). His mother would later state that the photo with the flag was meant to be ironic, but public opinion had already changed enough to paint Keaton’s family as another prime example of the Milkshake Duck. 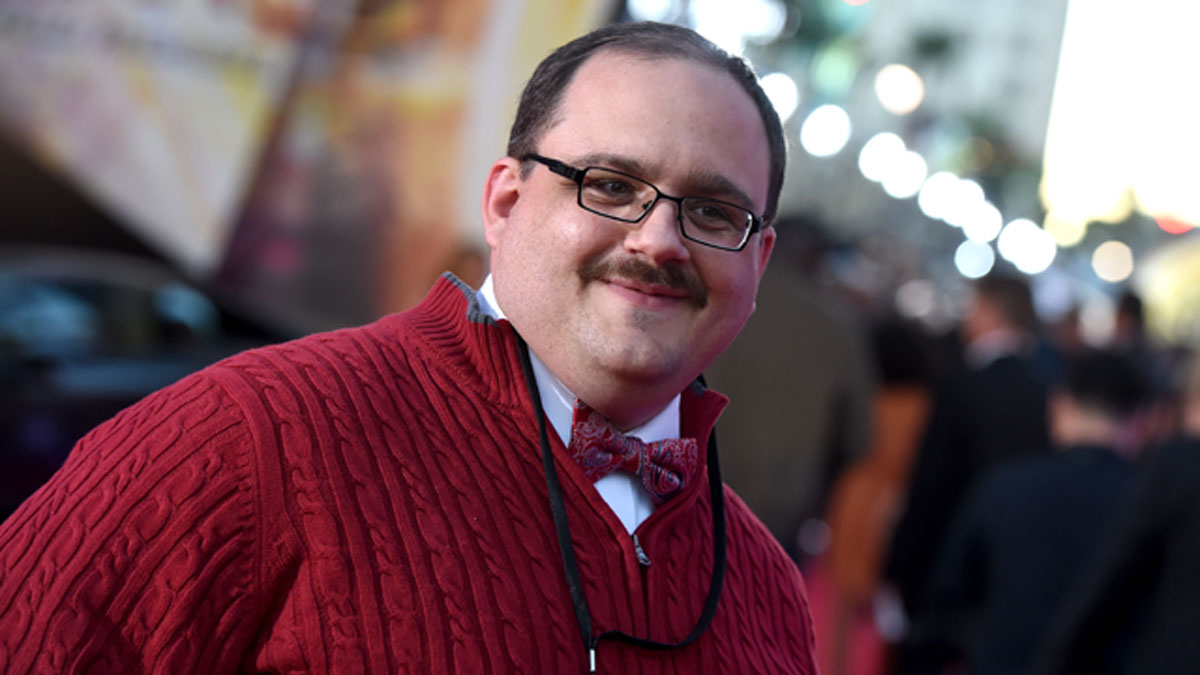 Old mate Ken Bone, in your wonderful red sweater – how can anyone not fall in love with you? Mr. Bone came to internet fame after asking a question at a presidential debate about energy policy and it was his unique style and authenticity that turned him into an overnight star. The internet definitely fell in love with him and Ken decided that he would take part in a Reddit AMA – where users could ask him anything they wanted and he’d answer their questions.

Of course he would – it’s Ken Bone. He’s the American every man. An honest man, in a red sweater, making an honest living.

Unfortunately, that same Reddit AMA lead users to dig through his Reddit comment history – and things went downhill from there. Bone had made a few remarks in the past that some considered ‘unsavoury’ – and even suggested that the murder of Trayvon Martin, a young black man shot dead by George Zimmerman, was ‘justified’.

After Hurricane Irma ripped through the Atlantic, a Florida policeman named Michael Hamill snapped a photo of himself and two other policeman and uploaded it to Facebook. Then the internet took over and sent the tweet went viral because he was – to some – easy on the eyes. Hamill’s well-groomed beard and strong jawline even lead to an interview with TIME Magazine where he was flattered by the attention.

Then, he lost his job and became a textbook case of Milkshake Duck.

Fox News reported that Hamill had resigned from the force because of anti-semitic comments he had previously made on Facebook and having sex with a woman while he worked as an Uber driver (a violation of the department’s policies). The anti-semitic comments were made five years prior to him joining the force, but after complaints were made to the police department, Hamill removed himself from the force, avoiding an internal affairs investigation that was launched regarding his comments.

How can you forget Candace Payne?

This lady bought a Chewbacca Mask and it made her happier than anything in the world is meant to make a human being.

The video above was originally posted to Facebook in 2016 and is marvellous. Watch the video and try not to feel joy for this woman that unequivocally loves her new toy mask. She calls the internet the “internet-webs”, struggles to even get the mask out of the box and is visibly excited to be sharing her love for the voice-changing mask with her captive audience. Her star shone so brightly that toy manufacturer Hasbro provided her with her own action figure, which they had programmed to say lines from her famous video.

But no matter how genuinely rapturous you become because of a toy mask, the internet is there, waiting to bring you down. Payne posted a second video to Facebook a couple of months after her Chewbacca post went viral. In it, she sang Michael Jackson’s ‘Heal The World’. But the internet had already moved on and she was derided for merely trying to leverage her newfound fame.

What makes this Milkshake Duck just a little more interesting is that nothing particularly problematic about Chewbacca Mom’s past was revealed, though some questioned the fact that her family was rewarded with full scholarships to a Christian college in the US when similar viral phenomena from people of colour don’t receive the same sort of attention, reward or recognition.

All of these scenarios remind us of the One Universal Truth: If you go viral, prepare for your entire history to be scrutinized and picked apart until the internet finds something problematic that can bring you crashing back down to obscurity.

Even Milkshake Duck’s creator knows this to be true:

It's terrifying that I created a meme that will destroy me when I inevitably do a problematic tweet. Milkshake Duck is my sword of Damocles