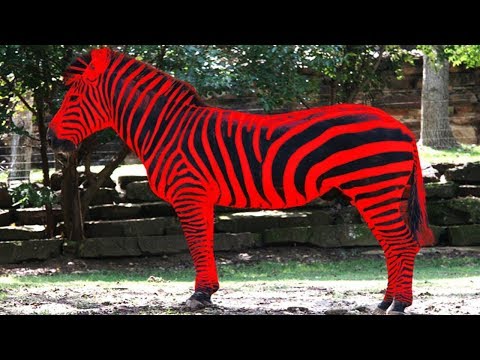 Despite their insatiable appetite for endangered native wildlife, cats these animals still have plenty of fans in Australia. If you’ve ever wondered what your pet cat sees when it stares at you (apart from thinly veiled contempt), here is the answer.

A cat’s eyes contain two types of photoreceptors, called rods and cones. Cones are responsible for seeing colours, while rods help vision in low light. While humans have three cones for red, green and blue vision, cats only have two, which are likely green and blue.

This means cats are able to see some colours vividly, but others in a vastly different way to how humans do. They also have far superior night vision – which is why their eyes reflect light in the dark.

Cats also have a wider field of view than humans, though the amount of it that’s in focus is about the same. Cats are more short-sighted than humans, but they make up for it with increased acuity in other senses.

You can see a mock up of how cats see in this video:

This Is How Your Pets See The World

Having a pet is getting to know their personality and all their quirks, feeling like you can communicate despite not really sharing a language at all. But have you ever thought about how your beloved pet sees you, your house and all the fancy toys you've bought for it to play with? Here's how your pets see the world.