The Difference Between Cologne, Toilette And Perfume

You might think that the difference between “perfume” and “cologne” is who the bottle is intended for. The reality is actually a little more scientific than that. Simply, all fragrances are largely the same, but they’re given a name based on the concentration of oil in alcohol and water.

The graphic below, from Real Men Real Style, explains that “fragrance” is generally a unisex term for, well any smell that’s a certain amount of fragrance oil diluted in alcohol and water. Depending on the concentration, it gets a different name. Here’s the rundown:

That’s all useful to know, and can certainly help you make a better shopping decision if you’re looking for something to wear that’s a little lighter and won’t stick as long during those hot summer days, or something you want to linger just a touch longer while you’re out and socialising all night long.

The full introduction to fragrance (linked below) also makes a few suggestions, and explains some of the “notes” you’ll smell when you’re shopping for one, and how long those types of scents last on your skin. It also dives into how fragrances are priced, and why some of them are bargain basement while others seem insanely expensive. Hit the link below to learn more. Despite the URL, the guide is certainly targeted at men, but the information is useful to everyone. 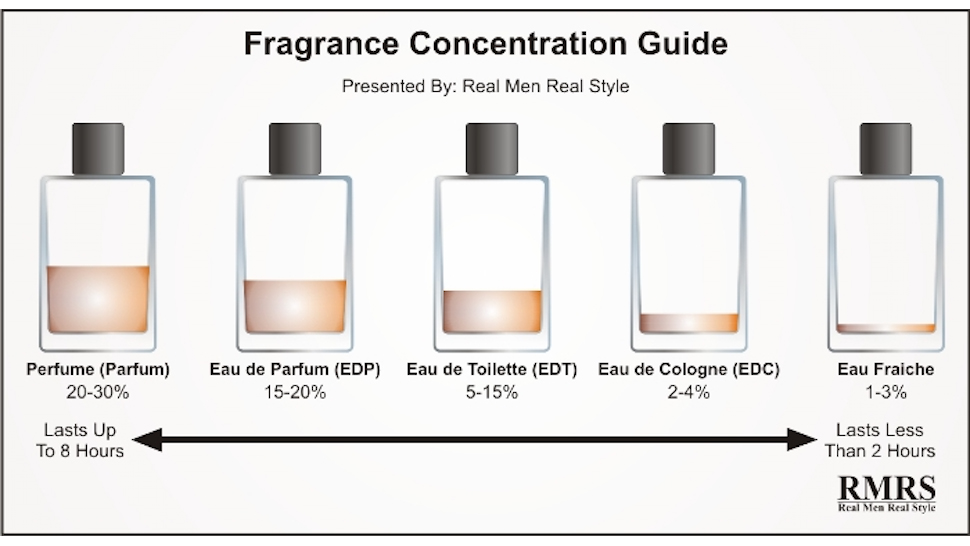