Such is the mobile phone cycle that we are only a month away from the release of Samsung’s next flagship ⁠— the Galaxy S11 or Galaxy S20 as it’s now allegedly being called. However, new reports have revealed it’s actually going to have some very important upgrades to set it apart from its recent predecessors. In fact, if you haven’t bought the Samsung Galaxy S10 yet, you may want to wait. Here’s everything you need to know.

The Samsung Galaxy S10 Is Finally Worth Buying

As we recently demonstrated, most people do not need to fork out for a high-end smartphone. But dang if they aren't beautiful to look at. One of the best of the bunch is Samsung's Galaxy S10 - and it's currently going for surprisingly cheap on the Telstra network. For a limited time, you can score $648 off the RRP with plans starting at just $80 per month. Here are the details!

While Samsung hasn’t actually released any official information on its upcoming the Galaxy S model, a number of promising leaks show the new generation will be an interesting addition to the brand’s flagship.

Max Weinbach from XDA Developers has released a continuous stream of leaks, including some impressive battery power, RAM, its alleged design as well as the camera specs.

Let’s first dig into that sheer battery power is looking to be one of those major selling points after SAMmobile spotted the new models’ battery specs in a SafetyKorea database. If the database entry confirms what’s on the horizon for the S20 series, the battery sizes are huge upgrades. While the Galaxy S10 came with a 3400 mAh battery and the Galaxy S10+ had a 4100 mAh, the S20 series is alleged to come with a 4500 and 5000 mAh unit, respectively.

But since SAMmobile’s article in late 2019, Weinbach has released new information revising those models and their supposed battery sizes. Instead, the S20 may come with 5G variants on the standard and S20+ model. Additionally, there’s also an Ultra 5G supposedly on the way. That one is said to come with the 5000 mAh battery but it’s unclear at this stage whether any of the other models will reach that level too too.

That Ultra model is also said to come with huge memory options of up to 16GB RAM. To put that into perspective, the top-of-the-range Samsung Galaxy S10 5G comes with 8GB RAM.

The S20 Ultra 5G is going to keep the SD Card slot. Support for up to 1TB.

Battery size reveal aside, Weinbach’s reported revelation is missing a stripped-back model, previously predicted to be called the S11 ‘Lite’ or S11e. If the leaks ring true, it may be that Samsung plans to release it later down the track after the higher-end models have a good run of sales.

Camera-wise, XDA’s revealed what might be in store for the supposed Ultra model. It’s set to come with at least four rear cameras as well as the front-facing cam. That selfie cam is alleged to be the same as the Note 10 and S10, 10MP, and can record in 4K. As for the four cameras on the back, XDA believes the primary camera is 12MP while the secondary camera could be 48MP but not much is known about the remaining two. It’s likely they’ll feature a telephoto, ultra and ultra wide lens as has been the standard on recent flagship releases, including previous Samsung models.

In February 2019, a new leak suggested an interesting feature would be on the way. Weinbach’s released another piece of information suggesting images will be captured with two or three lenses and then you’re allowed to choose which one looks best. This feature will apparently be called Quick Take.

also because you guys totally missed it in the S20 one, the S20 will take pics out of 2 or 3 of the lenses and will let you choose pictures after the fact. It's called Quick Take

In terms of what the device will look like, another Samsung phone’s release has given the world a few hints. Samsung recently announced its Galaxy A71 device in select markets. It’s important to note because the Galaxy A series has been a design precursor for the Galaxy S and Note series in recent years. The A71, as reported by 9t5Google, comes with a 6.7-inch FHD+ Super AMOLED display and a punch-hole notch in the centre. On the back, the domino-looking camera array as seen in alleged renders of the Galaxy S20 series. Combined, the design features for the upcoming A71 give us a pretty good idea of what to expect. 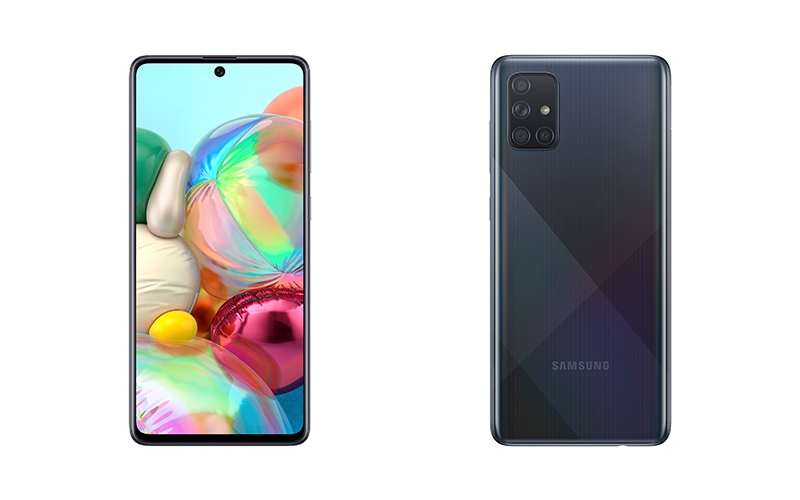 Weinbach’s leaks actually seem to confirm the design is remarkably similar in style to the A71. It features the distinct domino-looking rear camera design, the centred hole-punch camera on the front and a very thin bezel.

While the Galaxy S20 isn’t reinventing the wheel ⁠— it might feature impressive upgrades but they’re still just upgrades ⁠— if you’ve been waiting to buy a new flagship device, this one might actually be worth holding out for. It’s set to be announced on 11 February so we’ll find out for sure either way then.

This story has been updated since its original publication with the latest details.