While trick-or-treating with my children this year, a sad fact became abundantly clear: most of the treats I loved as a kid are no longer available. Sure, we might not have ever eaten them as adults, but their disappearance from store shelves is no less crushing. It’s like a small piece of our childhood has been brutally snuffed out.

With that in mind, here are the discontinued Australian snacks we miss most – from Sunnyboy ice blocks to Toobs chips.

Five Racist And Homophobic Aussie Snacks That Deserved To Die

Plenty of iconic Aussie snacks didn't deserve to die but Australia has had a slightly sordid history when it comes to keeping our snacks free of racist and homophobic undertones. </p><p>Here are five Aussie snacks that you won't find in 2019 because they were rightly discontinued. 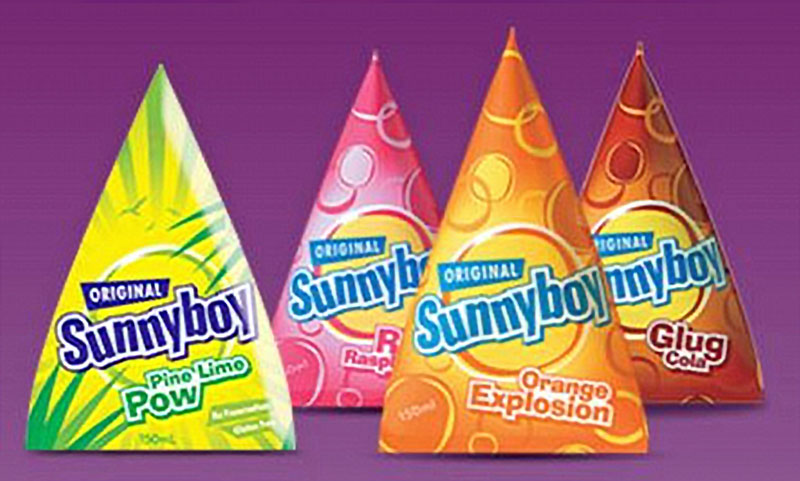 Last year, Australians mourned the death of an iconic snack: Sunnyboy ice blocks. These tetrahedral-shaped treats were a staple at truck stops, corner stores and milk bars. They were a cheap treat for impecunious school kids but declined in popularity and were sadly given the chop by food manufacturer The Daily Drinks Co.

Australians took to Twitter to express their sadness over the loss of Sunnyboys.

I feel sorry for my children & my children’s children that will never know the joy of a Sunnyboy after playing outside all day #RipSunnyboys https://t.co/UeS2X9cjum

R.I.P #SunnyBoy summer wont be the same without ya 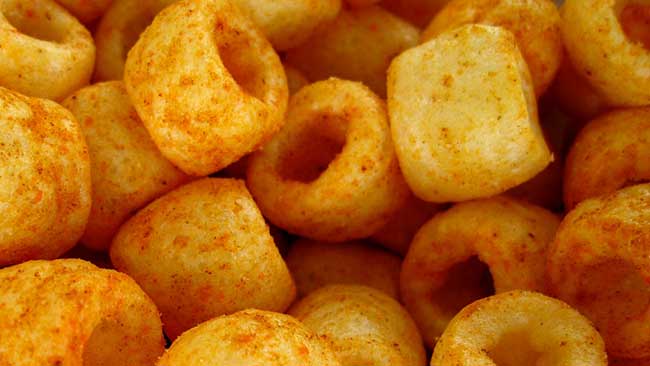 In 2015, Lifehacker Australia confirmed that Smith’s Snackfood Company had stopped making Toobs, our favourite tangy tomato crisp. It was quietly discontinued due to a slump in sales.

The company told us at the time:

“It is with a heavy heart that we advise Toobs is no longer available. Consumer demand for this tangy, tomatoey treat has declined and it is no longer possible to justify ongoing production. To our loyal Toobs fans out there, sincere thanks for your support.”

It was one of Lifehacker Australia‘s biggest stories of 2015 and brought Toob lovers out of the woodworks to express their grief over the loss of the crispy rings. 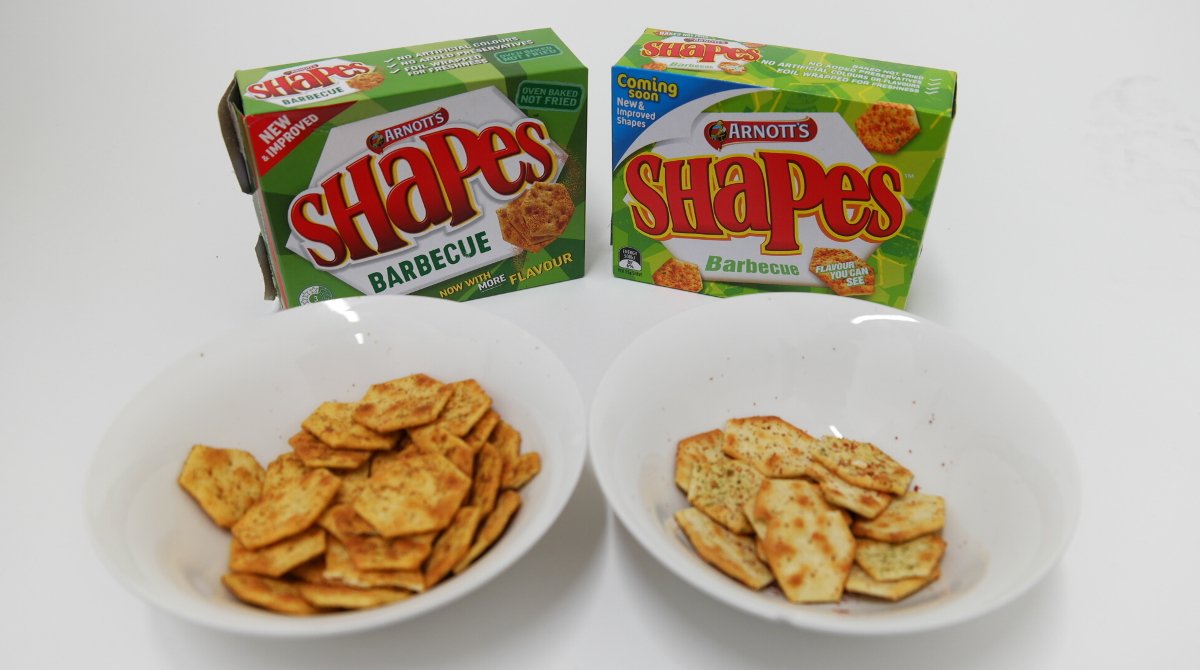 In March 2016, Arnott’s made the mistake of tampering with the original recipe for its Shapes range in order to make them healthier. Worst. Mistake. Ever.

At the time, we did a Taste Test to compare the old and new Shapes. Suffice to say the “New and Improved” recipe left a lot to be desired. Kotaku Australia editor Alex Walker summed it up nicely:

Arnott’s hasn’t just messed with an institution. They’ve taken one of the most treasured memories and tastes of my childhood, cracked open my stomach and dropped an enormous, corporate dump on everything I loved.

How on God’s green fucking earth did they ruin Shapes so badly?

The public outrage was palpable. Arnott’s was forced to bring back the original BBQ and Pizza Shapes, but some of the other classic Shapes flavours did not survive.

A Whole Bunch Of Allen’s Lollies 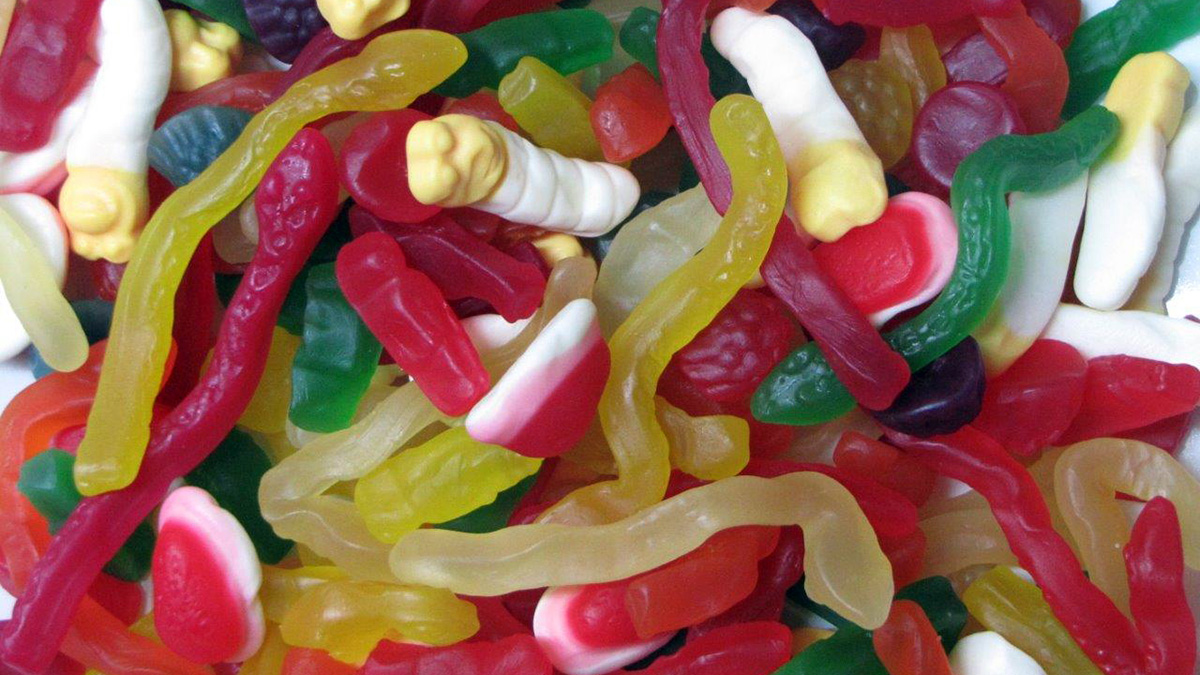 Back in 2015, it was revealed that Allen’s were giving a ton of its lollies range the chop, including Green Frogs, Marella Jubes, and Spearmint Leaves. Again, the decision was mainly based on profits; the lollies weren’t pulling in enough money so they had to be shelved so that Allen’s could “streamline its portfolio.”

Australians are now more health conscious and sugary confectionaries are getting the chop from shopping lists, which has contributed to the dip in sales for the discontinued Allen’s lollies.

The good news is Redskins lived through the culling and are here to stay. Although it might be time to update that culturally intensive name. 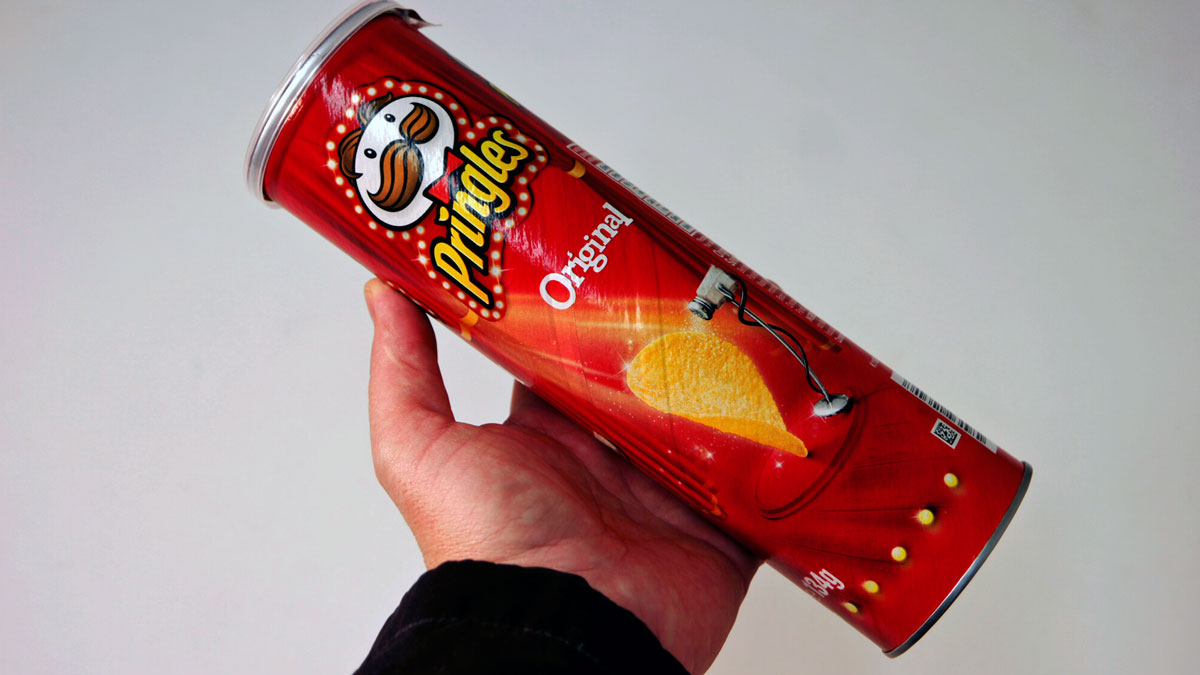 While it’s a snack that originated in the US, Pringles’ catchy jingles and unique packaging made it a popular crisp in Australia. Earlier this year, the snack reinvented itself and the “new and improved” range completely replaced the traditional version.

“New and improved” is a bit misleading given Pringles are now smaller and fattier than before. You can’t even fit your hand inside the shrunken down tin anymore, which was one of the appealing aspects of the original Pringles. The new version also tasted like garbage.

You can see our taste test of the “New & Improved” version here. 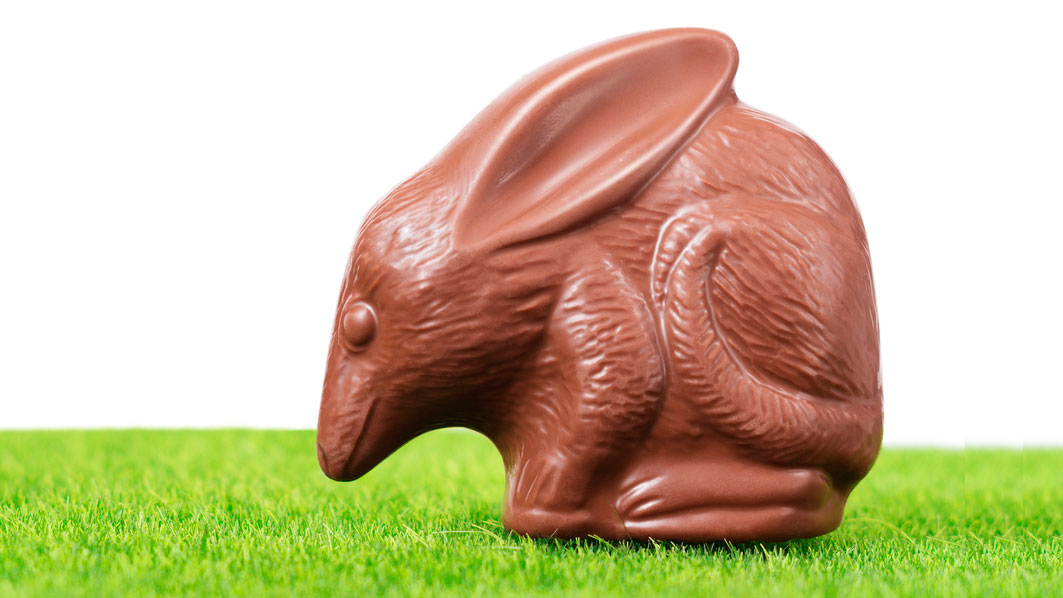 In sad news for tiny marsupial chocolate enthusiasts Australia-wide, Cadbury discontinued the Easter Bilby last year. “The Cadbury Easter Bilby will no longer be available to consumers, due to a significant decline in demand,” a Cadbury representative said at the time.

Fortunately, you can still purchase Easter bilbies from other Australian chocolate manufacturers, including Haigh’s and Pink Lady. Just make sure that the version you buy actually donates money towards bilby conservation.

Take a small roo-shaped biscuit, dunk it in an ace choc hazelnut dip, then dunk it in some excellent muesli crumbles. That’s the way that Dunkaroos were sold to us in the mid-1990s – and though they still exist today – they aren’t the same. The excellent muesli crumbles? Gone. The assorted flavours? Dead. Strawberry? Vanquished. What ever happened to one of the coolest snacks in the supermarket? Health. Health is what happened. Damn it. 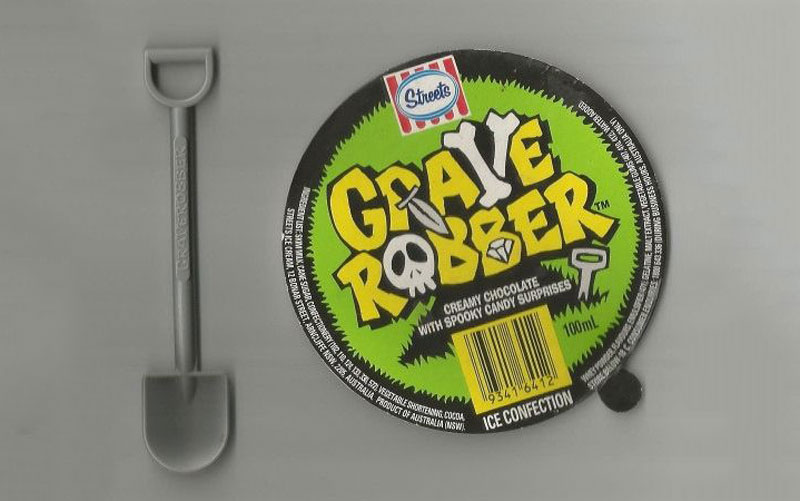 The short-lived icecream featured a grinning skeleton mascot, a spoon that was shaped like a shovel and chocolate icecream with candy buried inside. Apparently, it was discontinued by Streets due to parliamentary backlash that suggested it was insensitive and encouraged an illegal act.

Yes, it was called a Grave Robber, but I don’t recall ever eating one of these and then thinking “boy, wouldn’t it be wondrous to head to a cemetery now?” Their sad demise was the result of public outcry over the idea that you were robbing candy from a chocolate icecream pot. What a sad way to go. 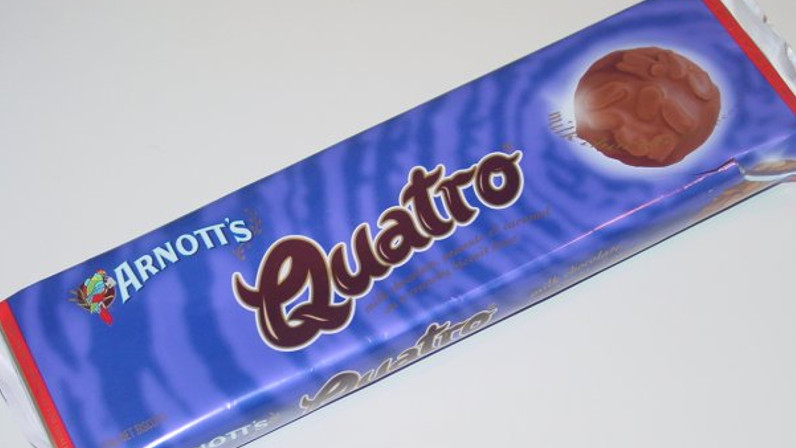 How on earth did we send these guys to their death? A biscuit with caramel and nuts covered in chocolate does not seem like it would end up on the Arnott’s cutting room floor, but here we are. Here we bloody are Arnott’s. What was wrong with having a few cheeky Quatros, or as they were affectionately known (probably to me only) a few Suzis. What is especially galling is the stuff that Arnott’s keeps on the shelves – those disgraceful Hundreds and Thousands biscuits and what about Tic Toc? Quatro didn’t die for this.

You can go ahead and call that garbage Shaky Shake a replacement if you like, but those of us who lived through the Caramel and Chocolate Thick Shakes prime know the truth. These were delectable – and if you left them just long enough for them to turn to slush, they’d be infinitely more delicious.

Yumbo was literally just a ham and cheese bun sold by Hungry Jacks. People still cry out for this thing that you can absolutely build, at home, for less than a fiver. I don’t think I was alive when Yumbo was removed from the menu, but I have a feeling that the nation let out a collective cry that reverberated around the world for days. Ham and cheese sangas would never be the same. 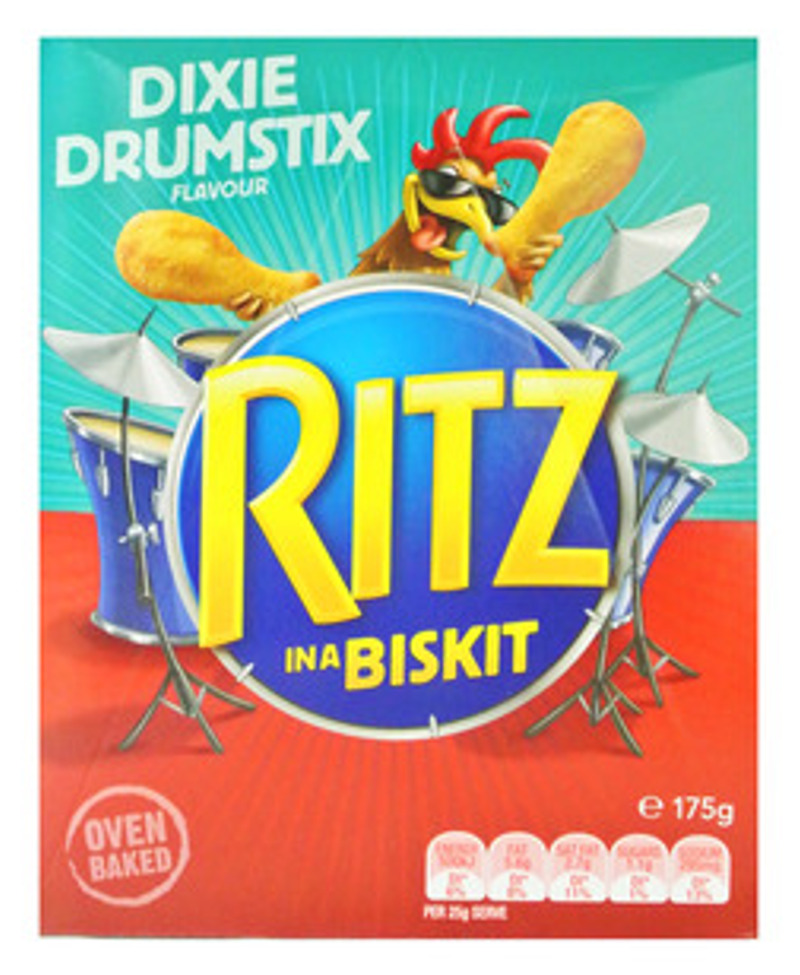 For a while there, Shapes had a pretty big rival in the coliseum of savoury biscuits. Enter: Nabisco’s In A Biskit Dixie Drumsticks. These oven-baked chicken biscuits should have been buried on a remote island in the Caribbean because they were a damn treasure. I lament their demise every day – if only because I would have absolutely went HAM on them when Shapes decided to change all their flavours up.

The straight Chicken In A Biskits were hot garbage but the Dixie Drumstick will live on forever, in my stomach.

I know y’all remember Yogo, that stuff is still around, but do you remember Dany? This was like a super intense Yogo, but without the whole pour some crunchy bits over the top. The ad above is one of the more bizarre ads of the time, but I distinctly remember asking for this as a kid over Yogo. It just had a more milky, moussey taste. Anyway, ya done, Dany. Please come back. 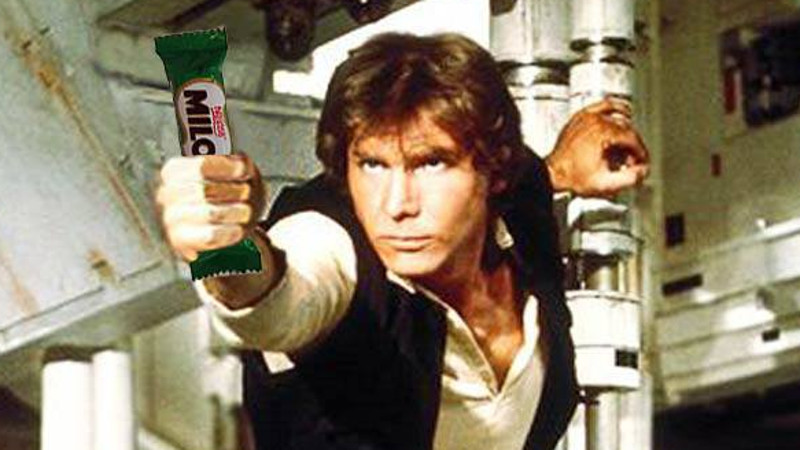 The original and still the best, that old school Milo bar was really something else. It was basically pure, unfiltered Milo compacted and pressed in between chocolate. It was a sad, cold day for anyone with a mouth when Nestle went and changed the recipe on us. Apparently, market forces and consumer research were the cause of Milo Bar V1 falling off the face of the Earth but that’s no excuse. The public outcry alone shows how much people want these things back in their life. As a young Old El Paso fan once remarked: “Why not both?”

On a side note, there’s a slight chance some of the iconic foods above may return if enough people request it. Nestle’s Polly Waffle chocolate bar and Cadbury’s Caramilk are two recent example of dead snacks that made a phoenix like comeback. So get those social media campaigns started!

Are there any we missed? Share your favourite dearly departed snacks in the comments section below!