Motorbikes Are Way Too Powerful

In 1948, The Vincent Black Shadow was the fastest naturally aspirated motorcycle in the world. At Bonneville that year, rider Rollie Free achieved a record-breaking speed of 148.6 mph (239 km/h) before stripping down to his swimsuit and riding superman style on the bike breaking the record again by going just over 150 mph (241 km/h) and setting up one of the greatest pictures in the history of motorcycling. 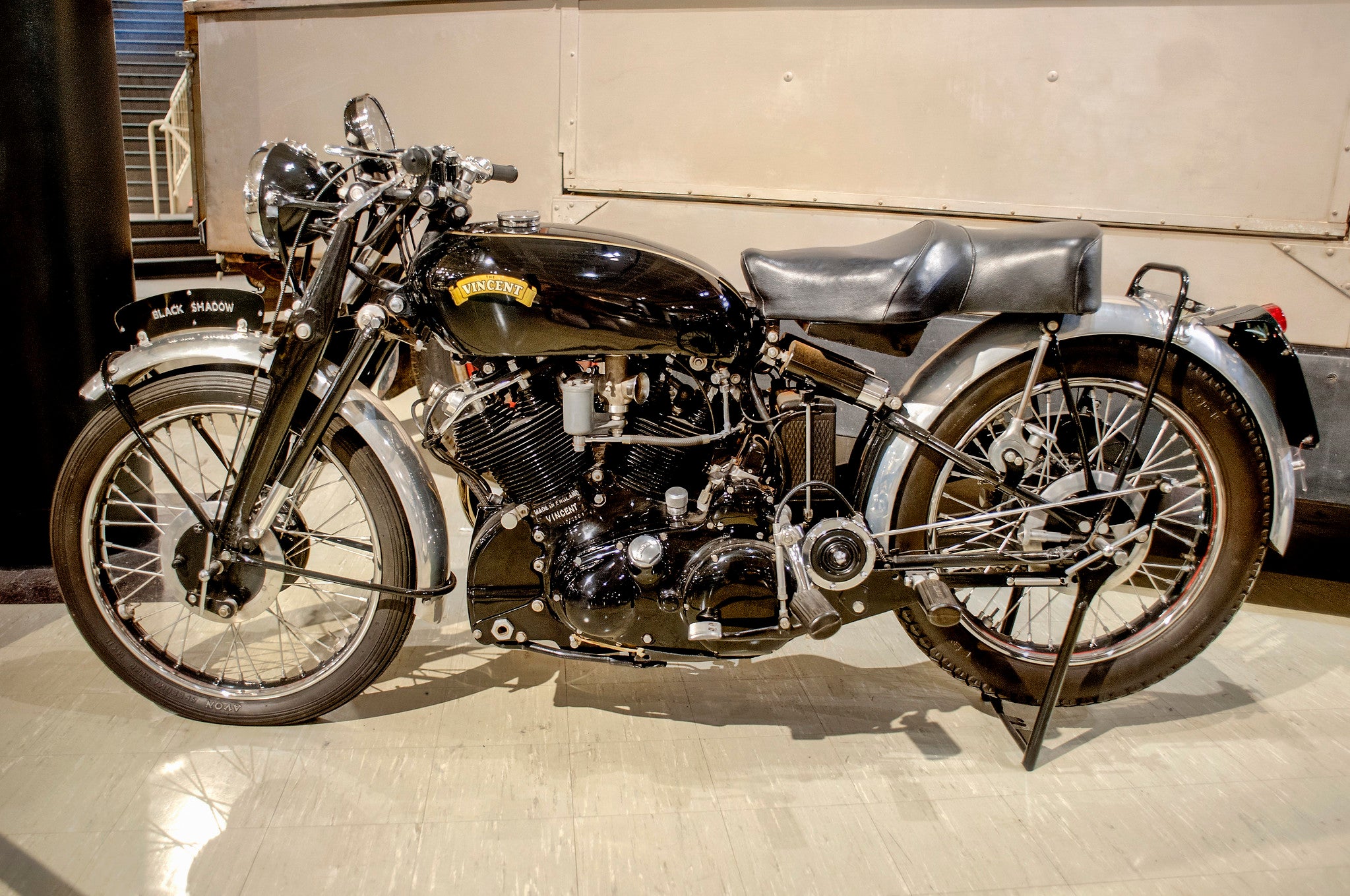 That motorcycle had 55 horsepower. Power has been slowly creeping up over the years to the point where 55 now seems like a good amount of power for a beginner bike. There are single-cylinder dirt bikes with more power. Newer bikes are easier to ride, handle better, and are safer, but mostly they’re just way more powerful.

The old 1099 Streetfighter was the first bike I rode that I thought had an unreasonable amount of power. It wasn’t the most powerful bike I had ridden, but something about it, perhaps the naked look and the seating position, made the power seem out of place and irrational. A good throttle whack at 60 mph would pull the front tire up and rocket the bike to triple digits before your next already accelerated heartbeat.

Should Motorbikes Be Allowed To Weave Through City Traffic?

It undeniably happens a lot; you're stuck in the car not moving, and a bike weaves its way around you. A trial kicking off in Sydney's CBD tomorrow will allow those on motorbikes to do so legally for three months. 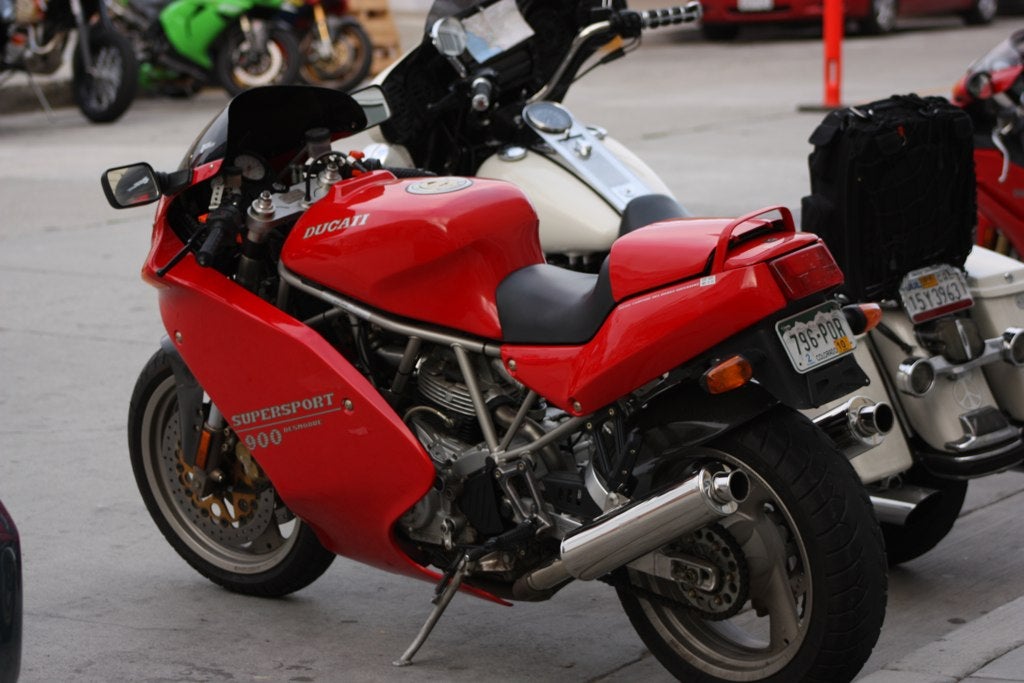 Thompson’s comment about the Black Shadow came in a review of the Ducati 900 SS SP which he noted was a much more ridable bike, though he did say the Ducati was, “Too goddamn fast to ride at speed in any kind of normal road traffic unless you’re ready to go straight down the centerline with your nuts on fire and a silent scream in your throat.” That bike had 80 horsepower. To be even considered a serious player in the literbike category today, one must have at least 200 horsepower. A used literbike on CraigsList for a few thousand dollars has a higher power-to-weight ratio than any multi-million dollar supercar, with none of the safety.

I know some of you are thinking, “Sure, it’s a lot, but I’m super responsible on my 200 horsepower bike on the roads.” But there’s some built-in irresponsibility having one of them on the street because it’s very much not the right tool for the job. It would be like saying “There’s a gopher in the back yard and I’m going to get rid of it with this bazooka, but don’t worry, I’m going to do it responsibly.” If you were to strictly adhere to traffic laws, you’d never get past 10 per cent throttle.

This conversation has been going on at least since the days of the Black Shadow. With the new Streetfighter, it feels like absurdity stacked on a previously existing stack of absurdity, making a rainbow layer cake of imminent death. And that’s not even the most powerful bike Ducati sells. I’m not saying it’s bad to enjoy high horsepower bikes or to throw them around a racetrack at ridiculous speeds. I’m also not saying they should be illegal on the street, though I did consider suggesting that they should be. “Have an opinion, take a stance,” my editor always says. But “200 Horsepower Bikes Shouldn’t Be Street Legal,” seems too far. But just barely too far.

I’ll admit that my preference for motorcycles has been leaning towards the smaller and slower lately. I’ve been riding Supermoto for the past several years and I have a lot more fun riding 60 horsepower bikes in the twisty mountain roads than I ever did going triple digits on my Honda RC51. My current bike is a Honda Grom, though that was a bit too gutless so I pulled the 125cc engine and swapped in a 250cc. Super fun bike, but I realise it’s funny that the Grom guy is telling you your bike has too much power. I know that’s not everyone’s cup of tea because I get comments like “Give me your man card and go buy a real bike a-herp-a-derp-a-doo,” or whatever.

You do you. While motorcycles can be dangerous for everyone, they’re really mostly a danger to the people sitting on them, and I’m a big fan of letting people make their own decisions. I’m not trying to tell anyone what to do, I just want you to keep in mind that if you ride a 200 hp motorcycle on the street anywhere near its limit for any length of time, you will almost certainly die.

What To Do After A Motorcycle Crash

You see it in a flash as you round the blind corner on the twisty mountain road — the cloud of dust, your friend’s bike jammed under the guardrail, and they’re lying on their back in the middle of the road, not moving. Your first thought is, “Wow, that’s a bad crash.” Your second thought is, “What the hell do I do now?”