I Went To Hypnotherapy To Try To Quit Smoking

“Have you ever been hypnotised before?” she asked while scribbling on a clipboard. No I hadn’t. “…It’s not like TV at all. It’s not going to be like that.”

I stopped looking around the room for a stack of pendulums or giant black and white vortex coins.

“Well I guess you’ve done a lot of reading about it?”

No. I hadn’t done that either. I feel that hypnotism works if you want it to work and I wasn’t about to do a stack of research that might turn me into a sceptic. I really wanted this to work.

I sit back on a long black recliner lounge. The type you imagine in a stereotypical therapist’s office. I notice a waste paper bin next to me filled with half-full packets of cigarettes. Most of them were my favourite brand. What a waste, I couldn’t help but think…

“So you’re here because you’re a smoker?”

Like most smokers, I’ve always thought about quitting and always wanted to. I’ve tried to give up several times with varying levels of success. Once I managed to kick the habit for four months. The last time I tried, I lasted a painful 26 hours. I’ve tried the unpleasant nicotine gum and the absolutely foul nicotine mints. I’ve tried switching to fancy electronic cigarettes. I’ve tried gritting my teeth and going cold turkey. Nothing has worked.

Then I heard that being hypnotised might help to axe the addiction. A friend had told me that his uncle tried it and went from being a pack-a-day smoker to a non-smoker overnight. Another friend told me his room-mate tried it and it made no difference.

At this point, hypnotism was the only thing I could see that I hadn’t tried. So despite the mixed reviews and the $500 (Australian!) price tag, I booked an appointment. I found a practice that has a load of success stories and also has a lifetime guarantee — meaning that if I ever start smoking again I can go back for free. That inspired a bit of confidence.

My hypnotist had the type of strong but soothing voice you’d expect from someone who works in hypnotism or neuro-linguistic programming. Right from our preliminary planning and assessment session, her voice was relaxing.

“You’re quite young to have been smoking for 10 years. How did that start?”

I started smoking when I was 14 years old. Sometimes on the weekends I used to hang out in reserves and carparks with my friends and have one or two cigarettes. It seemed grown up and cool but harmless. One or two cigarettes in a week wouldn’t hurt.

But by the time I was 20 I could no longer hide behind comforting labels like “social smoker” or “occasional smoker”. I was smoking five cigarettes a day plus a whole packet on Friday nights and another whole packet on Saturday nights.

“When you smoked your first few cigarettes that probably didn’t feel so good but it was off-set massively by those other good internal feelings that we get. That feeling of belonging and rebellion. They’re very strong feelings in our subconscious and then we want to repeat those feelings.”

I’d never thought of it like that. I’d always assumed cigarette addictions were to do with a chemical dependency on nicotine. I’d never given a thought to the possibility that I was psychologically addicted. It was an insight I hadn’t expected.

“If cigarettes have become positively associated for you, every time you feel a negative your body tries to move away from that. Your brain will ask ‘what can I do to feel good? Oh yeah, smoking.’ That suggestion becomes almost impossible to ignore.”

When it was time for the session to begin, she turned on a soundtrack of soothing music. The kind you hear in elevators.

“Hypnotism just feels like a relaxed state — like when you’re falling asleep at night and your body relaxes and your mind starts to wander.”

The music transitioned into a montage of waves breaking on the shore.

“All I need you to do is two things, the first thing is just relax and the second thing is just agree with the suggestions. You can do that, can’t you?” 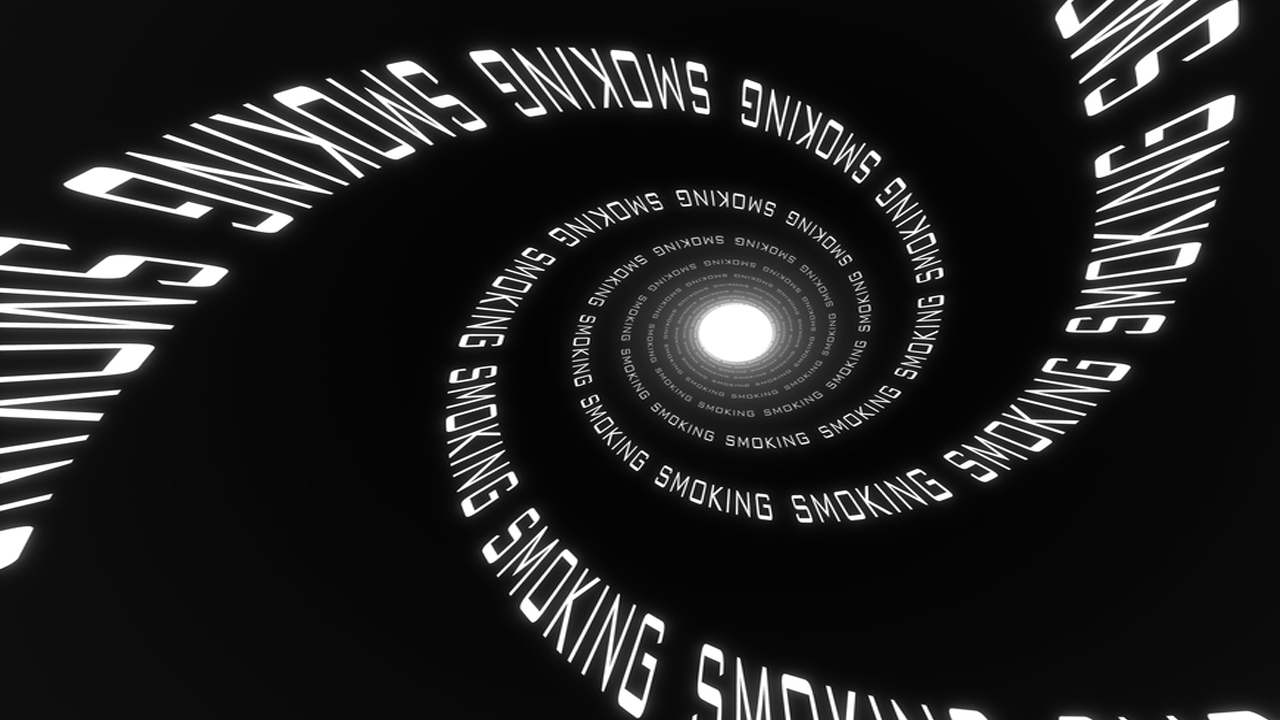 We started with breathing exercises. She asked me to take five deep and measured breaths. I already was feeling very relaxed.

She spoke deeply and slowly as she guided me through a series of images and imagery exercises designed to relax the brain. I followed a leaf blowing in the wind. I stood at the top of spiral staircase and walked down it slowly.

“If you have any errant thoughts, just let them drift away.”

I tried to throw away the thought that a cigarette would go down beautifully right about now.

The rest was a little fuzzy. I drifted in and out of consciousness. At times I was very alert and aware of my surroundings. There are also periods of blankness. But I remember feeling very relaxed, almost like I was floating.

She often pulled me back into consciousness by asking questions I had to answer.

“You see a door. What colour is it Mia?”

“Does the door open inwards or outwards?”

“Visualise it. Can you do that?”

When it was time for me to wake up, she simply counted backwards from ten and told me to open my eyes. I was surprised to feel tears on my face and that a whole hour had passed — it felt like ten minutes. And I didn’t remember crying.

As I sat up, she asked me to open my purse and throw my cigarettes in the waste paper bin with all the other rejected packets. I did.

As I was walking out of the office, I assessed myself and tried to see if I felt any different. I drove home in a sort of trance wondering if it had worked or not. It was too early to tell. Although I later realised that I forgot to have my standard car cigarette. It was a good sign.

It’s been a month now. Has it stopped me smoking? Well, no it hasn’t. I had a cigarette the day after my session. I was a little disappointed. The session definitely did not deliver on all of its promises.

The mental shift and positive reassociation that is promised by neuro-linguistic programming doesn’t appear to have worked on me. I still desperately crave cigarettes when I’m bored, hungry or sad. Something that was supposed to have disappeared.

On the upside I do feel a lot more motivated to quit and my attitude has definitely changed. Her explanation and breakdown of the levels of smoking addiction changed my perspective entirely.

Previously, the thought of going a whole day without cigarettes made me feel anxious and shaky but now that thought makes me feel empowered. Every cigarette I don’t have feels like a win instead of feeling like I’m being deprived.

The reason I turned to a hypnotist in the first place is because the mere thought of quitting was just too hard. Every time I pondered quitting, the thought would make me so anxious that I reached for a cigarette to calm my nerves.

I don’t feel like the habit or the addiction is gone. But I’m certainly viewing it in a completely different way. Whether or not that is simply a placebo effect I can’t begin to tell.

This experience has opened my eyes to the fact that my smoking addiction is psychological not just physiological and habitual.

Smoking is a choice I’ve been making. It’s not a compulsion that I have no control over. It’s something I can and will take responsibility for.

Looking to give up smoking?

Contact Quitline for more information on how to get help with quitting cigarettes.