There are two types of people in the world; sitters and standers. I fall into the former category. But when I was asked whether I would like to review a standing desk, I thought: This would be a fun experiment. I was wrong.

In a usual workday, I sit for maybe 80 per cent of it. I’ll get up to take some calls, a few bathroom breaks and a quick kitchen stop but most of it is spent resting my gluteus maximus on some musty, old office chair. Standing up is a reprieve from my sedentary workstyle so the thought of a standing desk sounded like a great opportunity.

I was set up with the VariDesk Pro Plus 36, which was delivered in a huge box requiring some office muscles to cart to my desk. After some loud disruptive rips of the packaging, my new standing desk in ‘dark wood’ was ready to go. 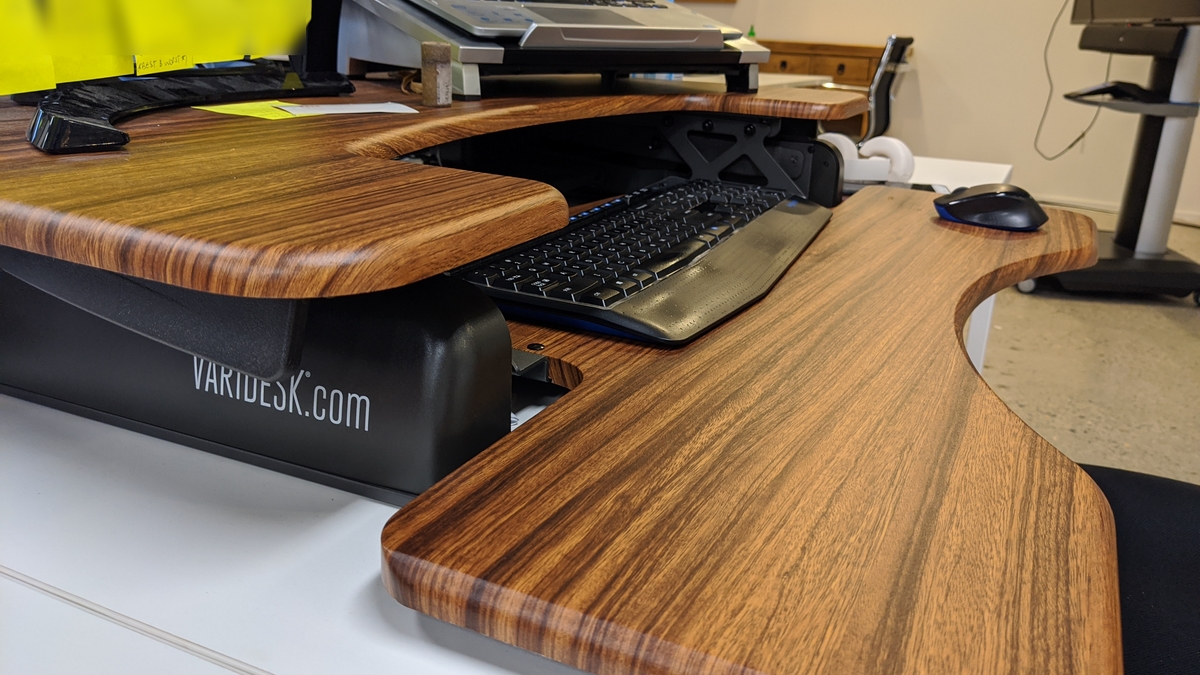 It had that new sheen to it and I thought it would be great to test out the new product by trying immediately. Given I work in an 80-person open space, however, I immediately plopped the desk back down.

The reality is being one of the only person in a large open space office is both a privilege and a burden. Standing up, I had to lock eyes with several of my co-workers who were directly facing me and it’s a feeling no one wants to feel eight hours a day, five days a week.

But because plenty of other co-workers pointed out it was being wasted with a serial sitter like myself, I decided to force it a few more times to give the hinges somewhat of a work out. I persevered through the paranoia of everyone watching me and stood for a full hour. Then I brought my chair over and kneeled onto it to give my feet a break — this was a nice equilibrium but as soon as I sat back down, a sense of relief poured back over me.

While I’m thankful for having the option of standing, I realise sitting is my reality. Even though I’m barely using the desk for its intended purpose, at least it looks great.

I've been using a standing desk for a few months now and I love it. It makes me feel more productive, keeps me active and cost me next to nothing to set up. Still, I had some growing pains. If you're thinking about setting up a standing desk, here's what I learned so you don't have to.