How To Use A Semicolon Correctly 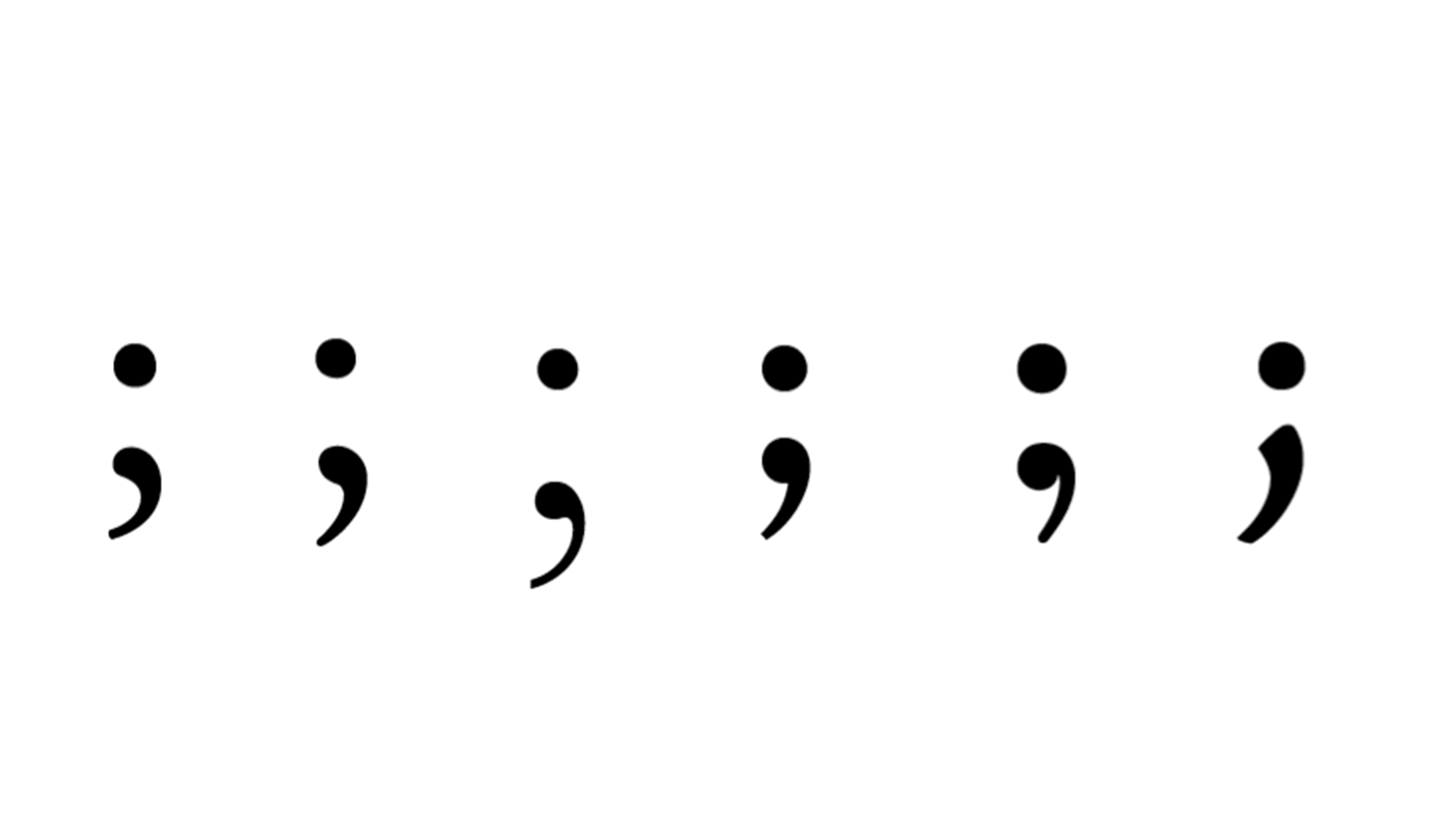 The semicolon may have a reputation as being the most aloof and intimidating of all punctuation marks. It’s stronger than a comma but lacks the finality of a period. In any case where you might want to use it, you don’t actually have to use it. So why bother? That’s simple; semicolons make writing more interesting.

Imagine that a comma, like this one, gives the reader a slight pause and a period gives the reader a breath. The semicolon falls in between; a bit of a longer pause, but not quite a full breath. It can inject a different pace into your writing where you want to emphasise a connection between two thoughts.

Use it as a connector

A semicolon’s main purpose is to connect two independent clauses. These are both fully formed statements that could each stand alone with their own periods. And that’s perfectly fine; go ahead and do that if you want. If the two clauses are closely related, though, and you want to emphasise their bond, you can connect them with a semicolon.

Correct: My son eats hot dogs for dinner every night. He’s going to turn into one pretty soon.

Also correct: My son eats hot dogs for dinner every night; he’s going to turn into one pretty soon.

Use it as a ‘super comma’

You can also use a semicolon as a sort of extra-strength comma to separate items in a list that contain other commas. In this case, the semicolons are there to help avoid confusion.

Example 2: When summer comes, I’m going to eat nothing but corn, boiled to perfection; mozzarella, tomato and basil sandwiches; and endless bowls of fresh strawberries, blueberries and cantaloupe.

Don’t use it with conjunctions

Never use a semicolon when your two independent clauses are joined with a conjunction (but, and, or, yet, so, for, nor). Conjunctions are already connecting words themselves, so using one with a semicolon would be redundant. Use a comma in those cases instead.

Incorrect: I considered taking five courses this semester; but then I realised I would have no social life.

Correct: I considered taking five courses this semester, but then I realised I would have no social life.

You can, however, use the semicolon before other non-conjunction transitional words or phrases, such as nevertheless, besides, furthermore, moreover, or for example. (I told him he was going to turn into a damn hot dog; nevertheless, he ate another one.)

See, there’s no reason to be intimidated by the semicolon; when you know how to use it, it’s simply one more tool in your writing arsenal.