How To Restore Gmail’s Missing Dark Mode On Android 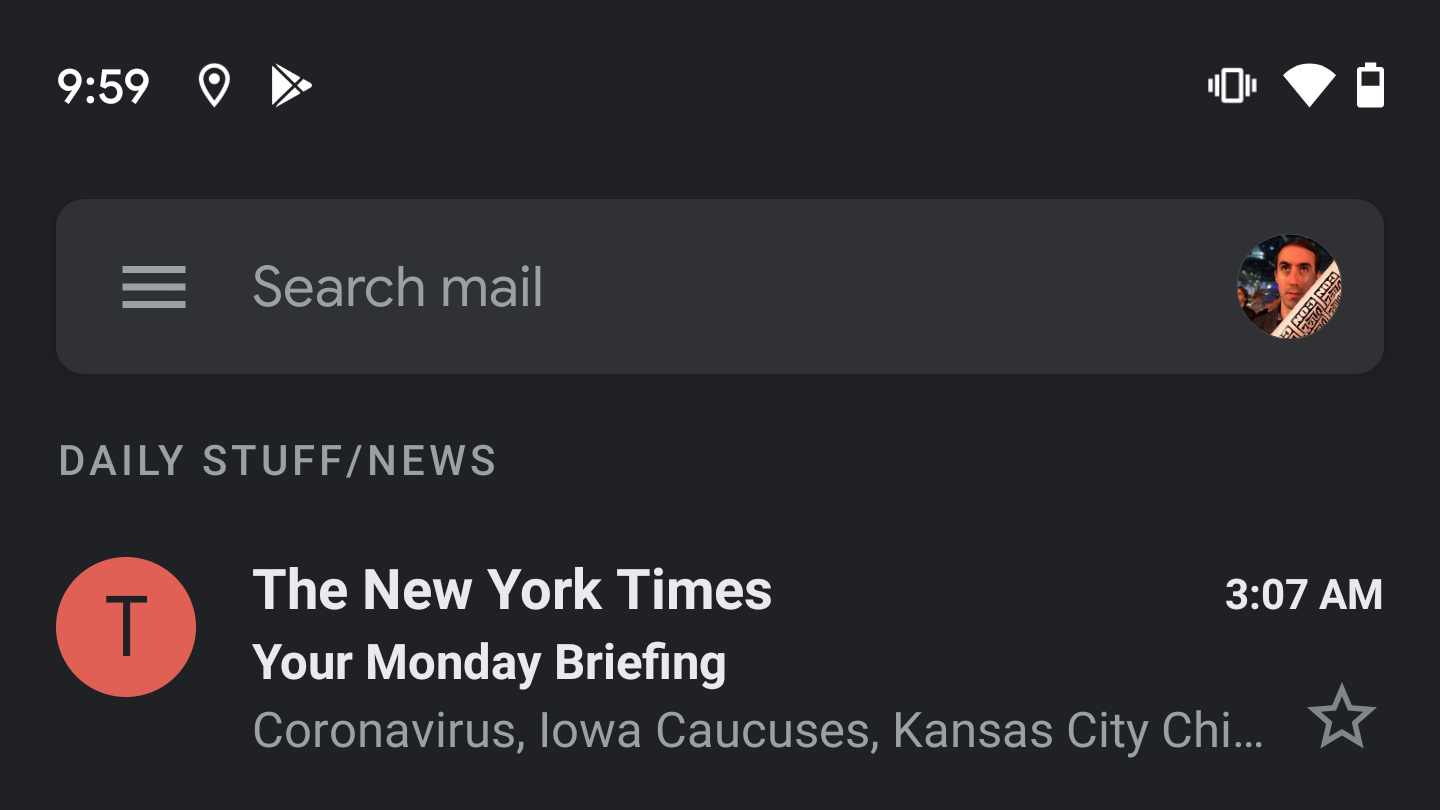 As an iPhone user with a Gmail address, I’m envious of all the Android owners who get to use dark mode in their Gmail apps. While Google claims such magic is available on iOS, I’ve never seen the option—and I’m not alone. So I’m enjoying a little schadenfreude at recent reports that dark mode has up and disappeared in some instances of the Gmail app on Android.

Worry not, Android users: This doesn’t appear to be a permanent change, just a bug. It’s undoubtedly a jarring and annoying one, though; the light theme persists in Gmail no matter what system theme you’ve picked for Android.

My Gmail app decided to take itself off dark mode? Literally the only part of my phone that has not been on dark mode for probably the last year. I think I've gone blind

So far, there doesn’t appear to be a clear solution for restoring the dark mode toggle in Gmail (via the hamburger icon > Settings > General Settings > Theme). If this is missing for you, first try rebooting your Android phone and pulling up the Gmail app once again.

You can also experiment with force-closing the Gmail app via Settings > Apps & notifications Gmail > Force stop (on my Pixel, at least; the exact steps might vary for your particular Android). For a faster option, long-press on the app’s icon and tap the info icon. If forcing the app closed doesn’t restore dark mode, you can also try clearing the app’s cache (via the “Storage & cache” menu).

If you “Force stop” the Gmail android app, and relaunch it, the Theme settings re-appear and “dark mode” works again. This worked on my Pixel 2 XL.

If your phone is rooted, one Android Police commenter has another potential fix:

“…you can open the file /data/data/com.google.android.gm/share… and set name=”DarkThemeSupport__dark_theme_support to true.”

You can also try forcing dark mode via Developer Options. Pull up Settings > “About phone,” and then scroll down and tap on the build number a bunch of times to unlock Developer Options. Head back to the main Settings screen, tap on System, tap on Advanced, and tap on Developer options (again, on a Pixel; your steps might vary). Once there, look for the “Hardware accelerated rendering” section and enable “Override force-dark.” This might make some of your other apps look ugly, but if it brings back dark mode in your Gmail for the time being, it’s a fair trade-off.

If none of these options work, you could always try using a different email app until Google pushes a fix. Outlook and Spark are two great alternatives that both come with dark modes. While it feels a bit like giving up, anything is better than an annoying, bright screen.