How To Politely Get A Toddler To Fuck Off 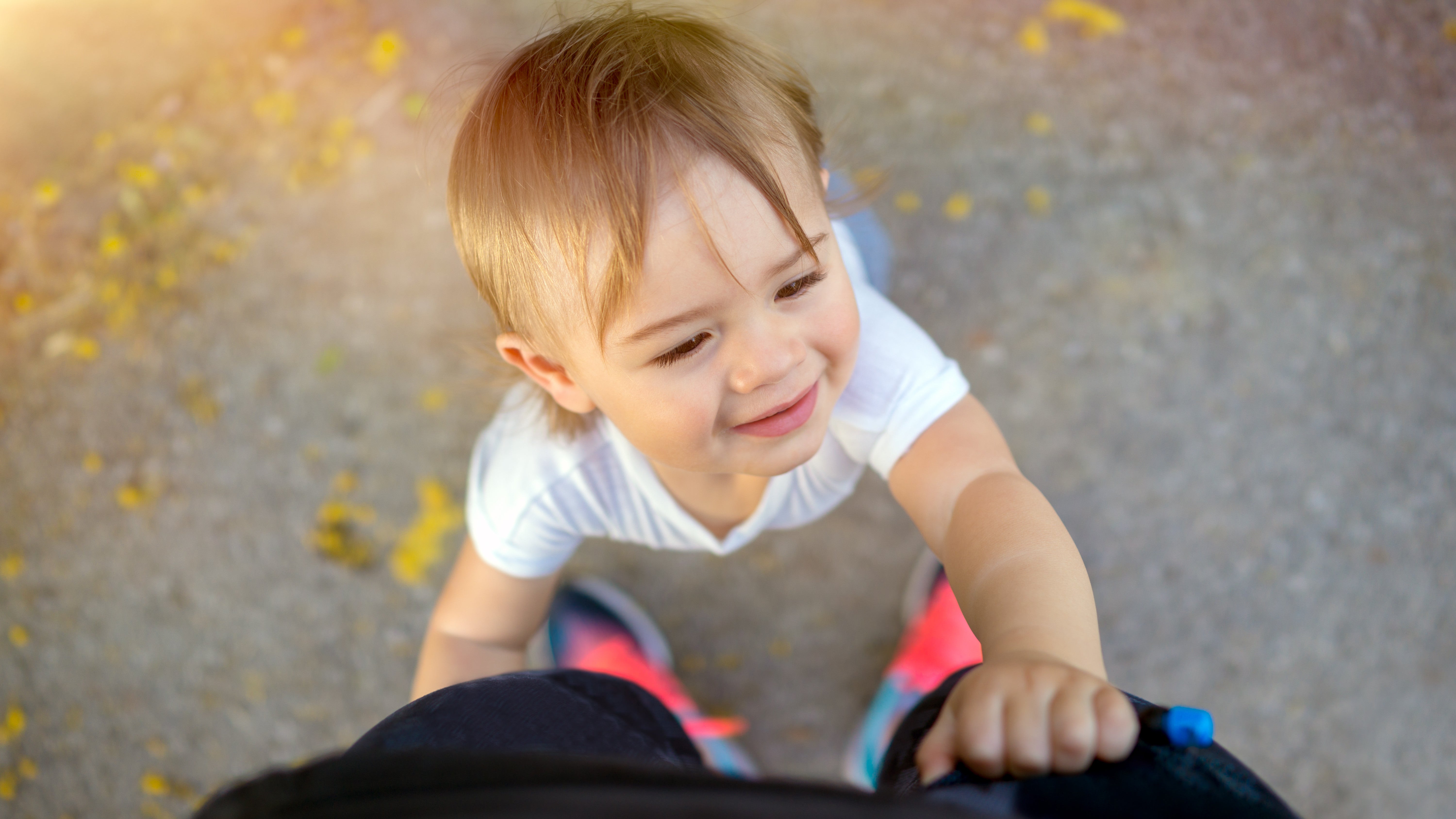 Our toddlers are cute! We love our toddlers! We might even like other people’s toddlers on occasion. But even so, they can be exhausting little creatures, with their need to literally hang off of you and ask detailed questions you couldn’t possibly know the answers to. Sometimes, you need a break. Sometimes, you just need them to fuck off for a second.


Then again, you can’t exactly be like, “Listen, buddy, I love you, but if you don’t stop talking for 30 seconds, my ears are going to start bleeding.” That’s not nice! And we’re trying to teach them to be nice. Instead, we have to find sneaky, polite ways to get them to STFU for a bit. I asked our Offspring Facebook Group what tactics they use when they need a minute to themselves, and they offered up some suggestions.

Ask them to “help” with something

This was a popular suggestion among the group because no toddler can resist the urge to be a “good helper.” They are genetically predisposed to experience a dopamine rush when fetching something, delivering something or folding something.

“My husband and I play ‘Bring this to Daddy’ and ‘Bring this to Mummy’ when we need a break,” group member Noel says. “Kiddo loves having ‘an important mission’ and it’s our signal that we need a minute.”

(Noel and her husband get extra points for using this as a way to communicate their need for space with each other, too.)

Crystal says the key is to make the job difficult in some way—and increase the level of difficulty as they age: “Give them a job. Go find X (bonus if it’s something hard to find), tell Aunt Karen Y. If they are old enough, you can compound the job, getting more time. Go find X, give it to Y, then tell Z if they liked it.”

Pretend you are busy

OK, you already are busy. But your toddler doesn’t necessarily think that you having all the things to do means they can’t still talk at you all day. So try telling them, in a most enthusiastic way, that you can’t wait to hear more about that, answer more questions or read that book again—as soon as you’re done doing XYZ. Tell them to go get the book or start setting up the game—you’ll be in as soon as you’re done wiping down the kitchen counters! And then simply stand and stare at your dirty counters for a few minutes.

And when it happens organically that they think you’re busier than you really are, pause for a moment and revel in the peace, like Jessica does: “I’ll sometimes do dishes/load the dishwasher while my 4-year-old finishes lunch, and then he’ll bounce off to do whatever while I’m still standing at the sink. Sometimes he asks for me to come with him, and when he doesn’t, well, here I am.”

Find them another playmate

Maybe they’re all over you because you’re the only one home. If so, the solution, which seems like a bad idea but isn’t, is to invite over another toddler. Group member Anaïs explains: “Sounds counterproductive, but after age 3, invite a friend over. Two toddlers are way less demanding than a single toddler.”

Will you have to still hand out snacks, enforce rules and make sure they’re not doing anything that could cause injury or death? Of course you will. But they’ll also mostly leave you alone because you’re way less interesting now.

Two toddlers are way less demanding than a single toddler.

Let them play with something messy

I suggested this in a post about non-food “treats” for kids, and I’ll suggest it again for the moments when you’re on the brink of “why-why-why” insanity: Pull out something messy for them to do. You’re fun, but you’re not as fun as slime or Play-Doh or a bin full of some sensory activity that you’ll be vacuuming up later.

You don’t want to deal with the mess, but in this moment, it may be worth it.

If all else fails…