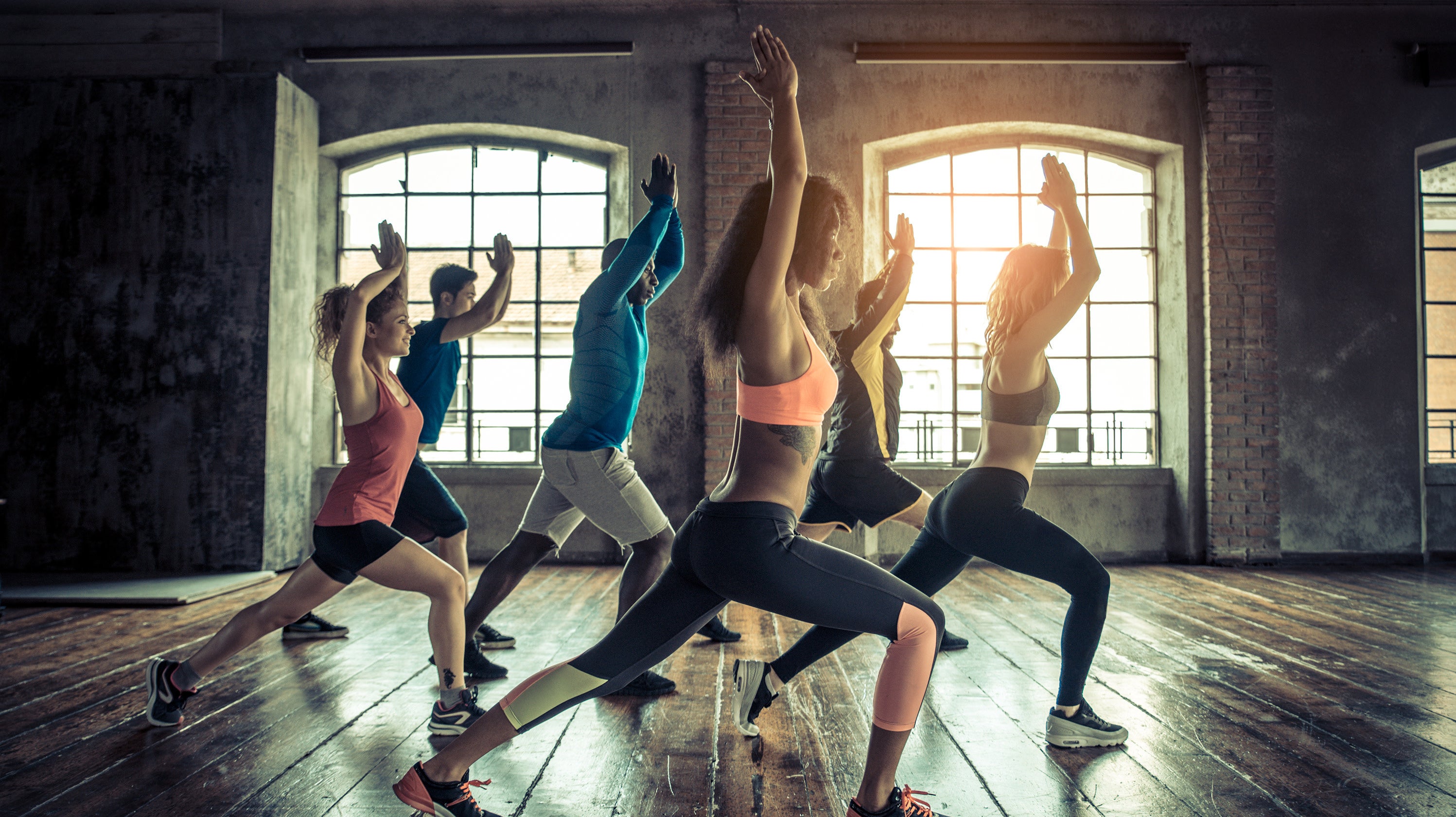 Ads for fitness classes make a lot of promises. You and your super-attractive classmates will become great friends by doing early-morning workouts that are incredibly intense but also fun. Your athleisure will fit perfectly. The lighting will be very good.

It’s obviously too good to be true, but there’s a kernel of truth in there. When you work out in a class, you’re working out with people. And research has shown over and over that exercising in a group is a powerful way to boost your motivation, increase your intensity, and maximise how much you enjoy your time exercising.

Luckily, you don’t have to shell out for membership dues or class fees to get the benefits of a fancy class at a boutique gym. That’s because the best-kept secret in group fitness is that nearly all of the most important benefits are free.

Why group exercise is so motivating

Psychologists have known about the power of group exercise for a long time. There are a lot of theories about why we exercise more intensely when other people are around, but the consensus is that working out in a group makes exercise better. Or, in the words of an 1898 study of cyclists, exercising with a group “serves to liberate latent energy not ordinarily available.”

The evidence has continued to stack up for more than a century, and the studies show that you don’t have to be working out hard to benefit from company. A small 2006 study found that companions encourage greater effort even in light exercise. The participants were asked to walk as far as they could in six minutes. Participants walked about 12% farther when they were with at least one other person than they did when walking alone.

It’s the people, not the brand

These findings are from studies carried out in university labs, not boutique gyms. And in almost every case, the participants weren’t being led by an expert trainer. The majority of the research suggests that our tendency to take cues from the intensity of people around us is deeply rooted in our psychology.

A 2012 study at Kansas State shows the power of just thinking you’re working out with someone else. The researchers invited college-aged women to ride alone on stationary bikes for as long as they could. Later, the same women rode the bikes again, but instead of being totally alone they could see another rider on a screen.

The researchers told them the other rider was doing the same activity in a different lab, but in reality it was a pre-recorded video running on a loop. With a “partner” around, the women increased their average ride time by 90%. When they were told their partner was their teammate and that their score was the time ridden by the teammate who quit first (and with more training) ride times increased by nearly 200%.

How to find your workout crew

So if one of the biggest benefits of fitness classes is the people, why not skip the boutique gym (and the monthly bill) and find another community to help you achieve your fitness goals?

Working out at community centres is usually free or cheaper (think $10). Certain classes may cost more, but not nearly as much as you’d pay elsewhere.

Some health plans include a gym membership that’s free or offered at a substantially reduced cost. It’s hard to generalise about lifestyle benefits, so ask HR (or, if you have a lot of spare time, contact the insurer directly) to learn what your company is already paying for.

And don’t forget about local running groups and rec leagues. Check out community bulletin boards or Internet-enabled communities to find out what’s going on in your neighbourhood.

Here are a few things to keep in mind as you start looking for the perfect group:

If you’re trying to get in shape or start a new fitness habit, don’t worry so much about the lycra, the big mirrors, or the hot people in the Instagram ad. Research shows that the most important part of group fitness is the people. So grab some friends (or make some!) and start sweating. It’s better together.