How To Buy Carbon Offsets That Actually Help The Environment 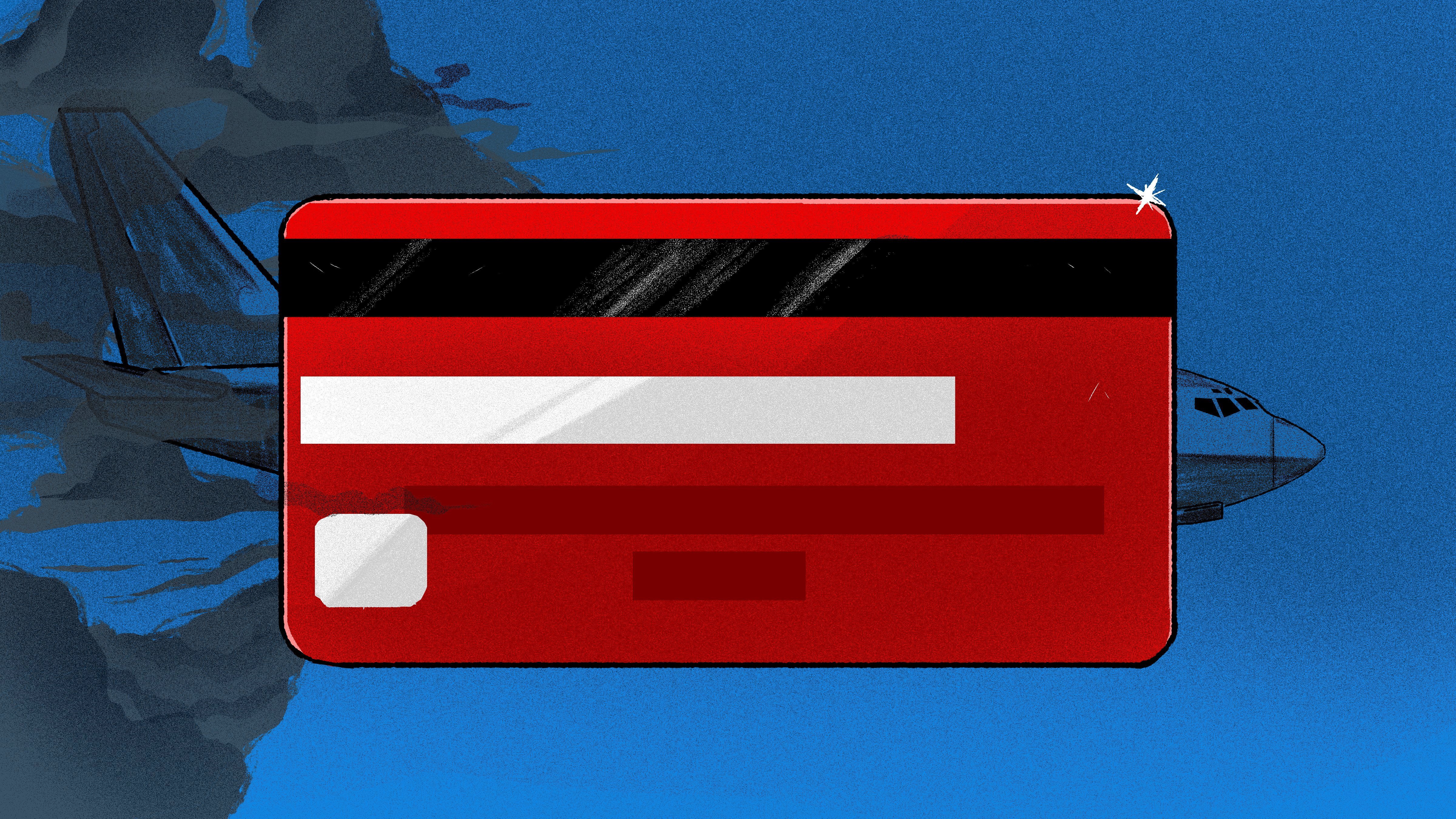 Illustration: Benjamin Currie
To sign up for our daily newsletter covering the latest news, hacks and reviews, head HERE. For a running feed of all our stories, follow us on Twitter HERE. Or you can bookmark the Lifehacker Australia homepage to visit whenever you need a fix.

Carbon offsets can seem too good to be true. In theory, the offsets work like a big sponge sopping up all the emissions you put into the environment when travelling by plane or riding in a car. It all comes at a relatively low cost, as well: you can offset emissions for a 12-hour flight for the price of an airport cocktail.

They’ve skyrocketed in popularity in recent years. Most people might know them only as a little feel-good box you can check when booking a plane ticket through some carriers, but now you can buy them through various providers whenever you feel particularly carbon bloated. One of the providers, the non-profit Cool Effect, saw a 700 per cent increase this season, thanks in part to teenage climate activist Greta Thunberg, who sailed a boat across the Atlantic to America in order to bring attention to the carbon emissions of aeroplane travel.

“That boat that she took put it on the main stage. It was really incredible,” said Blake Lawrence, marketing manager for Cool Effect. “Over the period of a week and a half we saw an incredible amount of interest in travel offsets.”

But because we live in a dark timeline, even this seemingly positive step toward fighting climate change has some pitfalls, possible scams and bad-faith operators. Here’s what you need to know to navigate carbon offsets and put them to best use for the planet.

So do they actually work?

If by “working” we mean achieving the goal of capturing carbon from the atmosphere, then yes, some of them do work! Some are more effective than others; some are just a fancy form of greenwashing that don’t really help the big picture. The question is how to pick ones that are worth the money, and that actually put most of the money collecting towards fighting climate change.

“Of course offsets work,” said Craig Ebert, president of the Climate Action Reserve, one of the main agencies that verifies offset programs. “There’s a lot of mysticism around them quite frankly but an offset is nothing more than direct emission reduction.”

Offsets come in lots of shapes and sizes. The market for offsets that big industries buy is way more complicated than we need to go into here. But the kinds you and I buy for travel are simpler, and used for a variety or projects: not just reforestation but also capturing methane, building biogas digesters and supporting projects that help reduce dependency on fossil fuels, such as wind farms; basically anything that can help capture carbon or reduce its production in the first place.

Your first move should always be to reduce your own emissions

Not all are created equal. Environmentalists, for instance, have been sceptical of offsets that are focused solely on forest preservation by claiming to save forest land from logging and other destruction. Low-quality offset programs are subject to what the industry calls leakage, where the offsets pay to save one patch of forest only for the property owner to clearcut an adjacent patch.

An investigation by ProPublica released in May found these types of offsets often hadn’t actually balanced out the pollution they claimed, or the gains were quickly reversed. The investigation also notes that investments in planting new trees aren’t doing enough to replace the old. Virgin Atlantic stopped buying from one of these programs in 2017 after environmentalists pointed out its flaws.

“In that sense, offsets are like the world’s most forgiving credit card,” ProPublica writes, “the buyer gets all the benefit upfront, while it takes a century for the full debt to be repaid.”

The good news is it’s becoming easier to tell which ones work, and incoming regulations will make them even more common.

What offsets DON’T do

Offsets are NOT a licence to pollute or to go about your life as it is now with zero changes whatsoever. Environmentalists worry people treat offsets this way, sort of like how paper straws might make someone feel good about saving the oceans even as they order a fish filet at the drive through from their oversized SUV.

Offsets are not an eraser that will wipe away your carbon footprint; they’re the last step in a process of reducing your emissions. Yes, offsetting a single trip is easier for people to understand than making holistic life changes. But the low cost can be deceptive: a 13 hour round-trip flight can be offset for $US16.64 ($25) on Cool Effects; a 1,600 kilometre trip in a Ford F150 pickup truck can be offset with as little as $6, according to Carbonfootprint.com (we’ve got more info here on tracking the carbon footprint of your flights and overall footprint.). That can trick people into thinking they can buy their way into a climate neutral lifestyle, instead of the actual solution: just doing less.

“Your first move should always be to reduce your own emissions,” advises the U.S. National Resources Defence Council. “Drive fewer miles, fly less, don’t overheat or over-cool your home.”

The goal is to offset carbon emissions you can’t easily reduce on your own. So while you can decide to ride a bike to the grocery store instead of sitting in car traffic, eat literally anything else except meat and can cut down on single-use plastics on your own, you can’t easily bike to your cross-country business meeting. And that’s when you buy offsets.

How to pick the right offsets

You want your offset to be verified and permanent. Some offsets you buy through airlines lack transparency, so you can’t be sure you’re picking one that has been certified by an outside agency.

For instance, Delta in the U.S. offers carbon offsets for its flights and plugs them on its website, but doesn’t offer verification information or specify what they go towards (a link to an example of a project called Conservation Coast was broken when I looked at the site).

The company’s public relations office pointed me to an article and press release on its site going into more detail about the project. That’s not to say those offsets are bunk, it’s just hard for the average customer to know for sure.

When buying an offset, experts say to check to see if it’s verified by a third-party agency such as Climate Action Reserve, Verified Carbon Standard, Climate, Community, and Biodiversity Standard, Verra or the American Carbon Registry; the RainForest Alliance also verifies some offsets, as do other environmental groups.

Third-party verification agencies send their own inspectors to look over the data and review the claims made by the offset to ensure it will actually work as advertised, and make sure the money is actually going to the project and not overhead costs.

One of the major things verifiers look for is to make sure the offset would be in addition to already planned and paid for projects, or projects where the credits are needed to make it a reality — i.e. the money shouldn’t go to a wind farm that’s already being built or a forest that’s already slated for protection. Ebert said the goal of a carbon offset is to encourage new behaviour that wasn’t already being undertaken in the marketplace.

When reviewing a project for inclusion in its market of offsets, Cool Effect will also make sure that client is doing all the other things needed to reduce its footprint.

“When they approach us, we say hey that’s great, make sure you’re doing all these other things as well,” Lawrence said. “You need to be requesting alternative energy from the local energy provider. For major businesses, you need to have good waste [practices], get rid of single-use plastics. We’re an education company as well as an offset provider.”

How to actually buy them

Now for which ones to buy, and for how much. Cool Effect is a verified and well-respected site for obtaining offsets; it includes an easy calculator so you can see how many tons of carbon you need to offset per flight. Offsets purchased through verified Terrapass can be made using its tool to calculate your overall carbon footprint for you car, home energy and air travel. Carbonfund.org, also verified by third parties, takes another approach, letting customers choose packages of offsets based on overall lifestyle, vehicle model, type of home or even based on the size of an event.

Verification agencies such as Climate Action Reserve and American Carbon Registry also include searchable databases where you can see which projects pass their legitimacy test (which is a good place to research airlines’ advertised offset projects), or look for others to support directly. Some providers let you give offsets as a gift, which is also a fun way to drag your carbon-belching friends.

There is no fixed price for offsets but they are generally similar across projects: offsets for an eight-hour flight on Cool Effects costs $US10.36 ($16). On Terrapass, you can offset 36,000 tons of carbon—the average annual footprint of an individual person (based on U.S. data)—for $US180 ($270). On Carbonfund.org, offsetting 3,540 kilometres of travel in an SUV or truck costs $US90 ($135).

Lawrence recited a quote from climate change activist Bill McKibben that puts the effectiveness of offsets into perspective: “There’s no silver bullet to solving climate change. It’s more like a silver buckshot.”

The quote underscores the multi-prong approach needed to fight climate change beyond offsets.

The future is optimistic for the airline industry at least. Next year, 193 countries will adopt the Carbon Offsetting and Reduction Scheme for International Aviation (CORSIA), a United Nations-backed plan (though a voluntary one) for the aviation industry to commit to buying more carbon credits. JetBlue has announced plans to go fully carbon neutral this year through a mix of alternative fuels, offsets and operational changes like more direct flights. Delta has committed to cutting its carbon emissions in half by 2050.

It’s too early to say which of these airlines’ changes will be the most effective or whether you should choose one over another if you’re concerned about climate change. But it will take much more than just clicking a box when you book your flight to address climate change.

“Don’t think, ‘Oh hey, I don’t have to change my behaviour,” Ebert said. “The planet is frying and we’re out of time. We are heading for a much warmer unstable world if we don’t dramatically change our emissions.”