Samsung held its annual Unpacked event this morning, where it announced a boatload of new products”including three versions of its new flagship device, the Galaxy S20, and yes, a new version of its foldable phone, this one called the Galaxy Z Flip. I went to San Francisco’s Palace of Fine Arts and got our first look at all the new stuff. 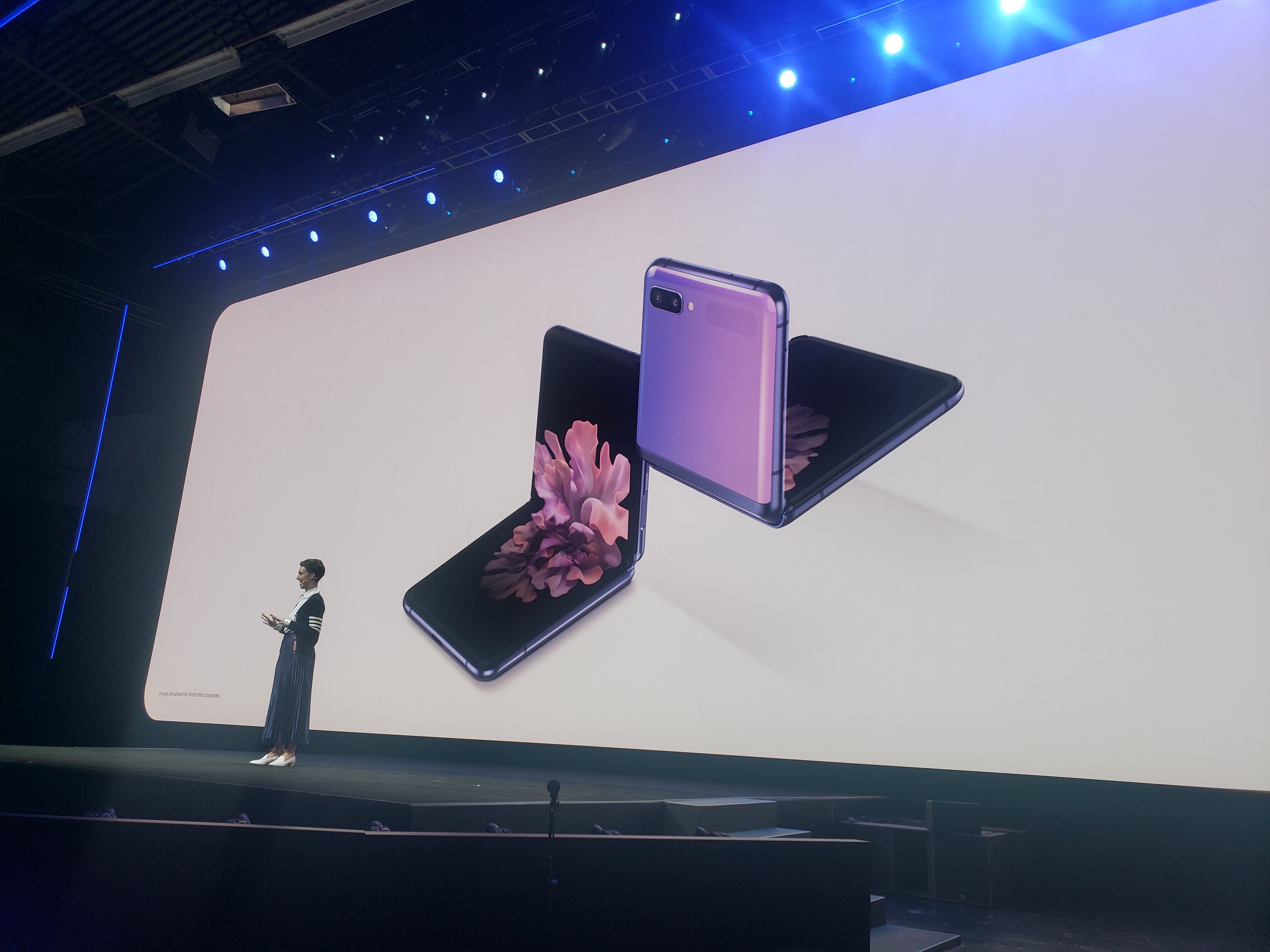 The Galaxy Z Flip is the handset that’s probably going to get the most attention from today’s event, but also the phone you’re going to be less likely to actually buy. Similar to Motorola’s foldable Razr, the phone folds in half into a clamshell. Samsung says the glass is strong enough to bend 200,000 times.

When it’s closed, you’ll be able to see important info displayed in a small window on the outside. You can even take a selfie with the cover closed, using the outside display as a viewfinder.

The device has a â€œflex modeâ€ that allows you to open it to various viewing angles, like a laptop. Also like a laptop, the screen might show different info on the top and bottom of the display when you’re using it at different angles. For instance, you might watch a YouTube video on the top, and comment on the bottom.

Editor’s Note: It does not currently have Australian pricing or a local release date. 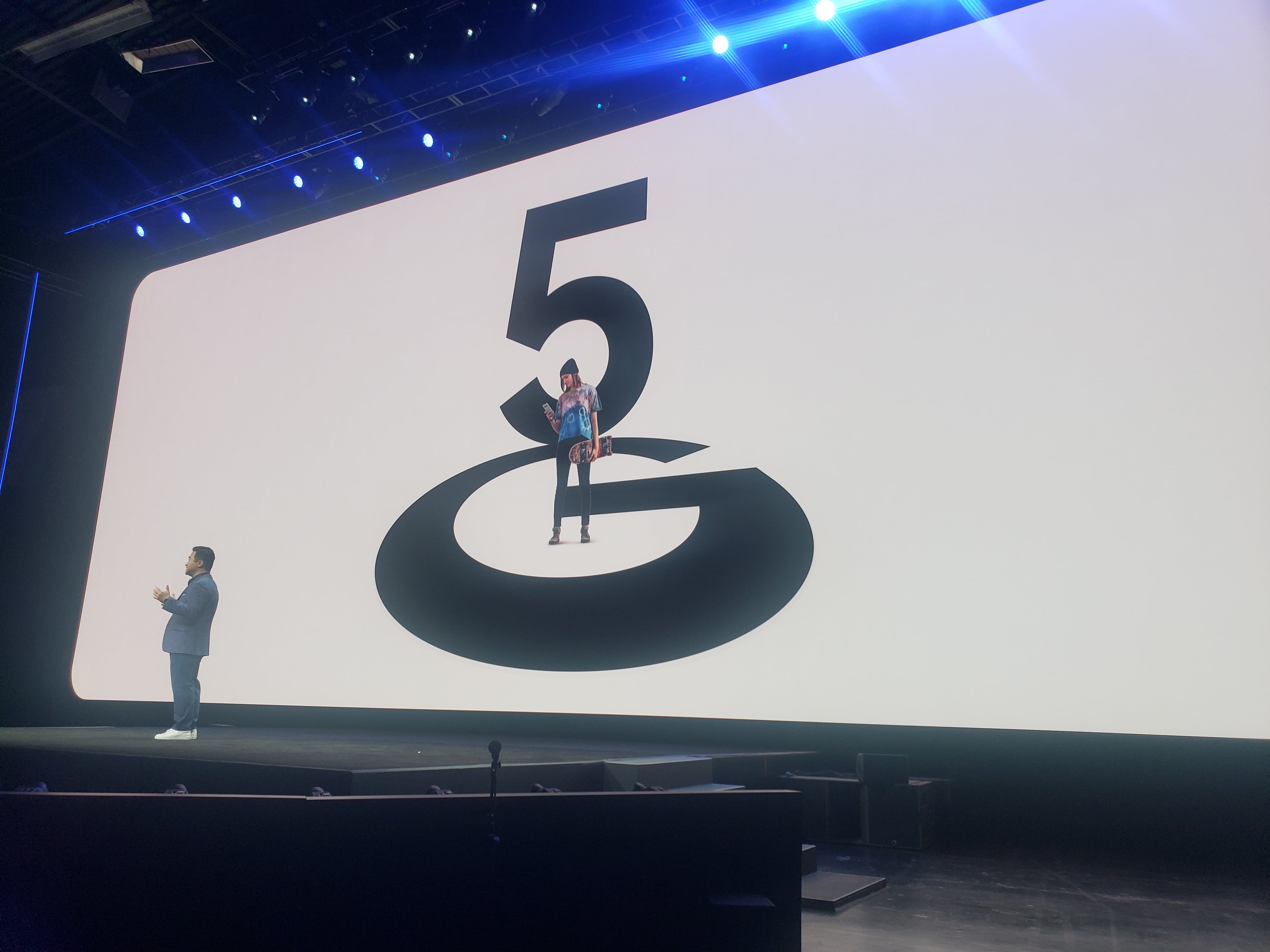 Samsung announced three different versions of its new flagship, the S20, this morning: the S20, S20 Plus, and S20 Ultra. If that number seems a bit off, it’s because Samsung decided to skip the numbers 11-19 in phone models (last year’s was the S10).

The phones will have Qualcomm’s Snapdragon 865 chips and will be capable of supporting 5G, even though most of the country isn’t really there yet.

On the surface the phones look a lot like last year’s S10; however, the cameras have gotten a pretty serious upgrade. S20 and S20+ have a 64-megapixel camera, and the S20 Ultra has 108-megapixel camera. All three phones are capable of shooting 8k video that can be beamed to Samsung’s 8k TVs. Samsung was so confident in that video quality that it live-streamed today’s event from S20 devices.

The cameras also have a new feature called â€œSpace Zoom.â€ According to Samsung, â€œeven when you are far away, you can zoom in close. Samsung says the AI-powered zoom is capable of getting 30x closer. 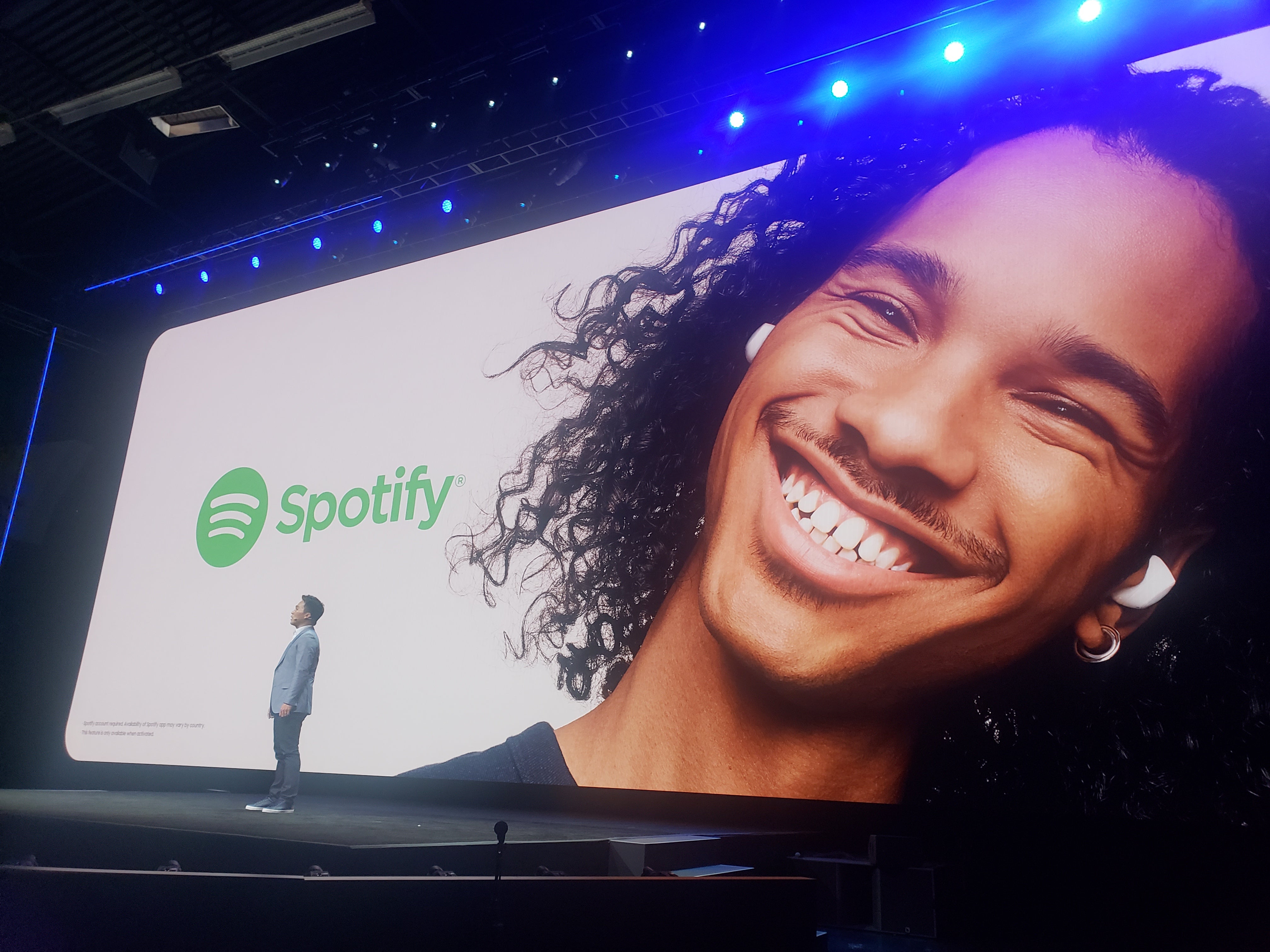 Samsung also announced a new version of its Galaxy Buds this morning. They look a lot like last year’s model but will have double the battery life and improved noise cancellation, although they still won’t have true noise cancellation.

The Buds have two speakers for listening, and three microphones for calls”so you have a better chance of being able to hear who you’re talking to and to be heard.

The battery in the device can now last 11 hours and they’re iOS compatible, so you can share them with your iPhone friends or use them with an iPad.

The Buds charge wirelessly and have fast-charging that will get you an hour of juice in less than five minutes. They’ll be available to purchase on February 14 for $299.