There’s a new power bank on the market that promises to keep your smartphone charged without the need for a traditional power outlet. Instead, it receives its juice from the sun. But does it actually work as advertised? We put one through its paces to find out.

Exploring the great outdoors sounds wonderful, in theory, until you realise that there aren’t any chargers out there. What’s the point of experiencing things if there aren’t any photos, or music to drown out those noisy birds? That’s where this nifty solar-powered battery pack comes in.

The $US75 Solgaard Solarbank S2 is a 10,000mAh power bank, which means that it stores roughly three and a half iPhone 11 charges, or a little less than three Samsung Galaxy S10 charges.

To charge up from empty, the battery pack needs around 25 hours of good sunlight. So, to get one phone charge you’ll probably need ten very good sunny hours. It’ll still charge when it’s cloudy, just not as quickly.

I found that just keeping mine on the windowsill of my tinted apartment windows when I wasn’t using it, and keeping it exposed when I was using it outside, meant I didn’t need to plug it into the wall after a week of using it on and off. If you charge it fully with mains power before taking it on a camping trip or a hike, you should easily be able to rely on it for one phone for a week and a bit.

The charging ports on the device have all the bases covered with two USB-A ports and a USB-C you can use to charge devices or the charger itself (there’s also a micro USB for charging the charger), so you’ll probably always have the right cable. Having all those ports also means that you can charge three devices at once and drain the whole thing in one go if you’re in a bind. 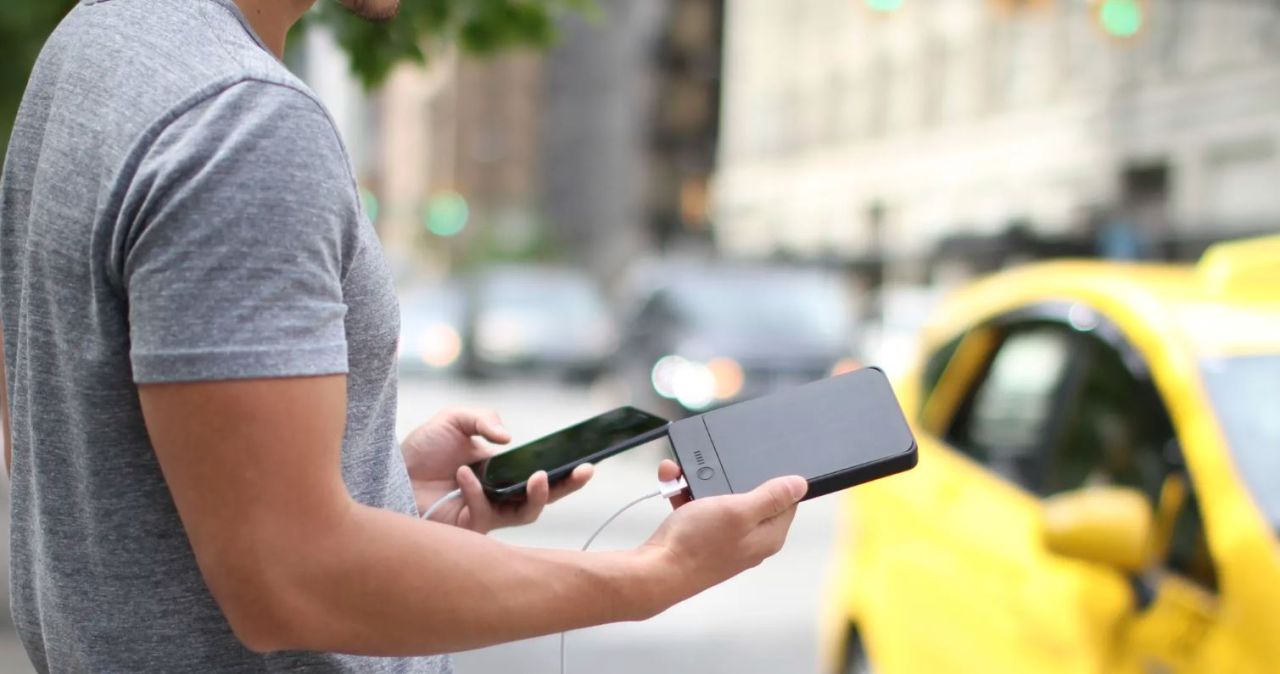 The Solgaard Solarbank S2 charges from USB or solar power, and can gharge your phone. (Image: Supplied)

Having the 4th generation solar panels on it means that it’s a bit bigger in all directions than the small, sleek 10,000mAh packs we’re used to these days, but its even weight distribution means it feels lighter than the 255g it is. On one side you’ve got the smooth flat solar panels, and the other is a soft, but grippy textured fabric which will stop it from sliding off the dashboard of your car.

If you’re wanting more than just a power bank, Solgaard also make the Solarbank Boombox, which is basically the same power bank but with a Bluetooth speaker inside. I haven’t seen one in the flesh yet, but it sounds like a cool idea.

As well as charging your phone with the sun, Solgaard also removes 2.27kg of plastic from the ocean for each product sold, so you can have that extra good warm and fuzzy feeling; as long as you remember to recycle the battery pack when it reaches the end of its lifecycle.

While roughly $110 plus postage is quite a bit of money to spend on a 10,000mAh power bank when you can get a decent one without solar panels for around $60, this is perfect for people who hike and camp often, but don’t want to lug around a bigger, heavier power bank.