If you’re one of those people who buys a brand-new TV, spends hours straining your back trying to place it in your home entertainment centre (or affix it to your wall) and starts watching your favourite show to celebrate… you missed a crucial step. Your television, new or old, comes with a bunch of settings that are worth exploring to get the best picture quality — or, at least, a picture you’re pleased with.

Since each set is different and we’d be here for the next year trying to explain the nuances of every television’s settings menu, we’re going to cover some of the general settings you should look out for. They might be named something different on your television; they might not exist at all.

Crack open your favourite beverage, carve out an hour on your calendar and tweak your TV once so it looks great for as long as you own it. 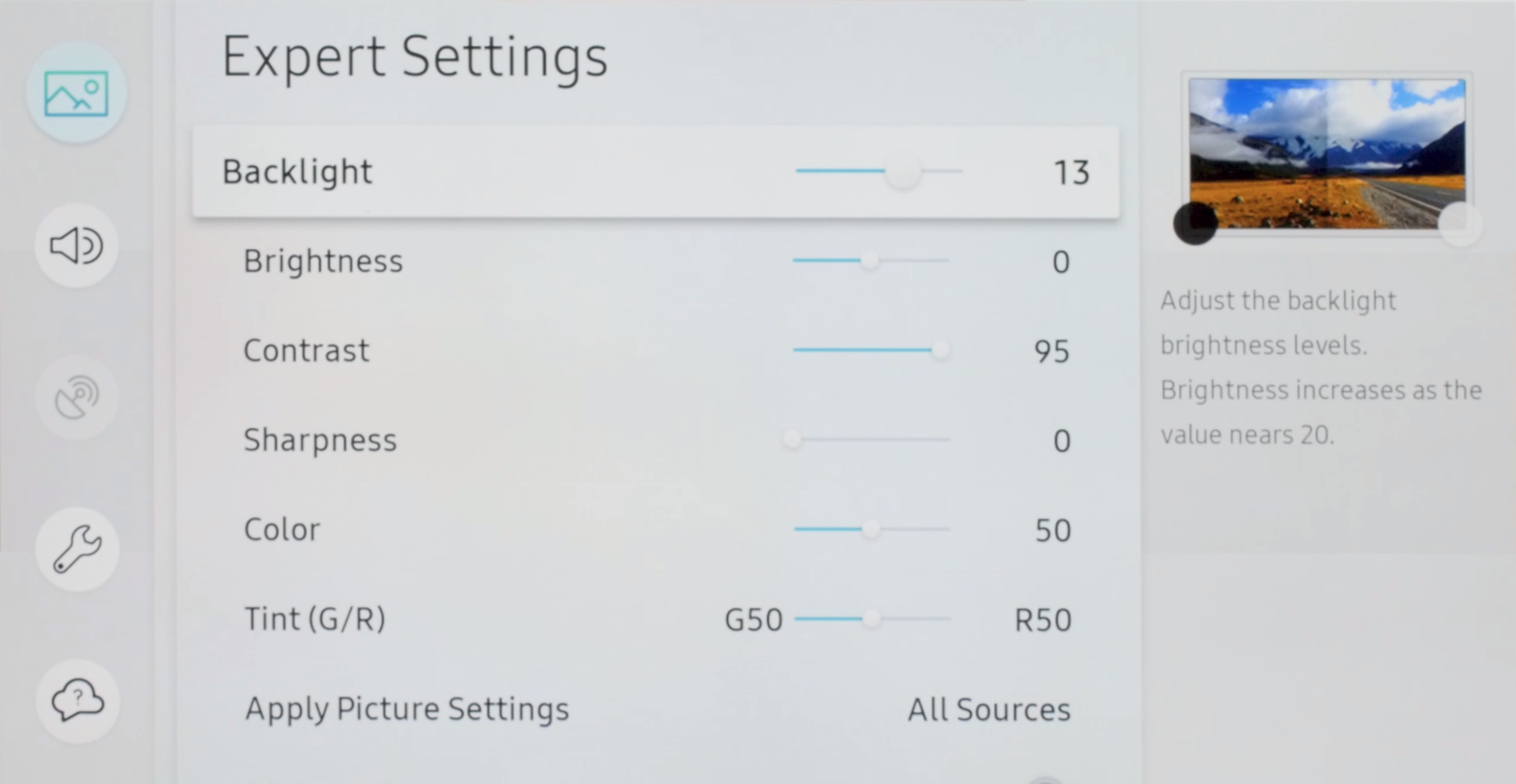 Your television comes with a number of settings that you can tweak to adjust its picture to perfection. These range from the basics — brightness, contrast and the strength of the television’s backlight — to more advanced settings that allow you specifically adjust the gain, or strength, of the individual red, blue and green channels.

That’s all well and good, but how do you know what to mess with? How do you even know that your adjustments aren’t making your television’s picture look less accurate instead of gorgeous and better?

You can go out and buy an expensive device that allows you to calibrate your television (and your computer display) at home, or you can also pay someone else to come out and do that for you. Expect to spend a few hundred bucks either way.

If you just spent a small fortune on the best TV you can buy, there might not be any more room in your budget for professional calibration of any kind. And that’s fine. It’s probably not something you really need to do, but you should at least try to do what little you can on your own to improve your television’s picture.

For a cheaper alternative — the cheater’s route, I call it — you can always hit up a site like avsforum.com. They have a number of “owner’s threads” covering a wide range of televisions. Look up yours and you’ll probably find others who have posted the results of their at-home or professional calibrations. (RTings.com is also a good resource.)

How To Pick The Right TV Size For Your Living Room

When it comes to televisions, bigger isn't always better. Yes, if you have a huge living room then a giant TV is great. However, if your living room is on the smaller side, then you can end up in a situation where you're sitting way too close to that massive screen, even when you're technically sitting on the other side of the room.

While every individual television set varies slightly and you’ll still get better results calibrating your specific television, using others’ results as a baseline can get you reasonably close to a better picture. (You’ll at least be able to see if there’s a consensus around which obscure settings you should turn on or off, like “Digital Clean View;” what “Colour Tone” you might want to use; and what the heck you should set your set’s Gamma at, to name a few settings.) 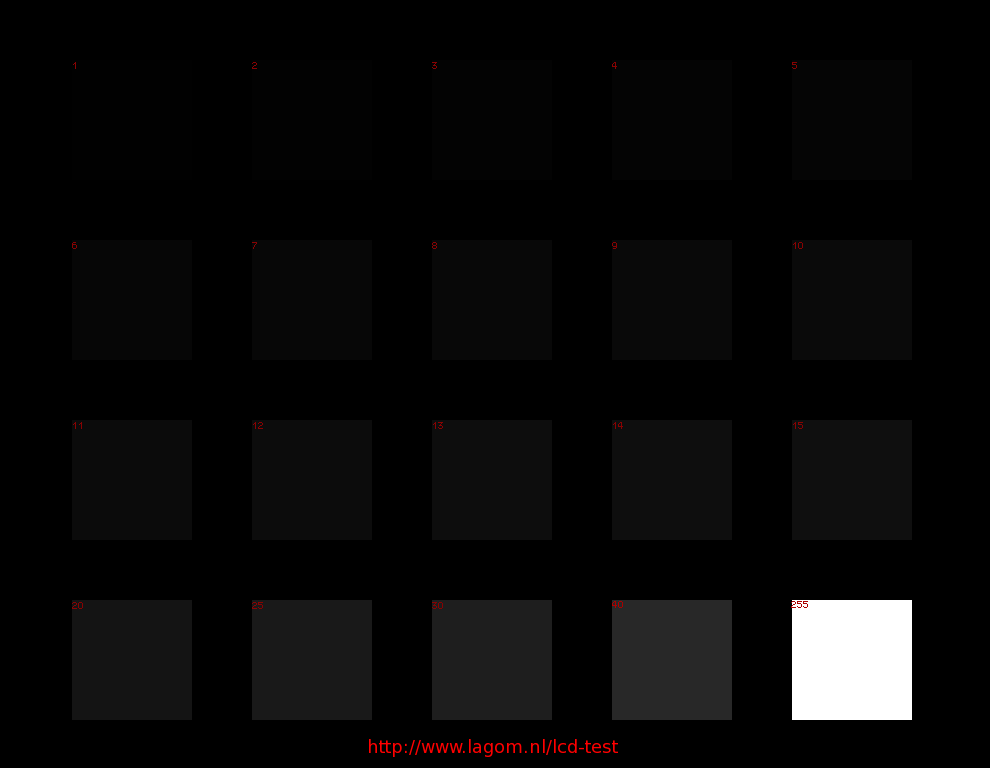 If you want to attempt the DIY route, I recommend grabbing one of the many calibration patterns you can download for free. Burn them to a disc and play them on your television (or stream the MP4 from another device) and then use the accompanying Patterns Manual PDF to figure out how to adjust your set’s brightness, contrast and other variables correctly.

You can also try streaming an app’s contents to your TV, like THX tune-up (iOS); seeing if your favourite movies have built-in calibration patterns, like TK; using a calibration tool on a connected device, like your Xbox One gaming console; or just pulling up these THX test patterns from a connected flash drive.

Whenever I go to someone’s house — especially if that someone falls in the “parents of friends” category — they undoubtedly have a gorgeous new television set. And when they play something on that set, it looks like arse because they’ve left on the settings that create the dreaded “soap opera effect“. Yuck.

Televisions vary wildly in the options they offer (and what they call them), but generally speaking, you want to turn off most settings that attempt to add something to your picture that isn’t there.

For example, if there are settings that promise to add “enhanced” colour to your movies, like “Flesh Tone” or “Live Colour”, you should probably turn those off. You’re adding something extra that wasn’t captured in the film — which was itself adjusted specifically for a particular look and feel.

The same is true for any kind of “noise reduction” features. You don’t need them for high-definition content and even if you’re watching something that was created in a much lower resolution than what your TV natively supports, your television is going to do its best to make that picture look better by cranking up the sharpness and trying to remove visual artifacts.

It may or may not give you a better-looking picture, but it’s just more post-processing that alters an original image (crappy as it might have been).

You’ll also want to turn off any settings that make your television adjust its brightness or contrast on the fly. This can include any “eco” or “energy savings” functions that dim your screen to conserve power (or the perceived brightness of your room), as well as the dreaded “dynamic contrast” feature — one of the first settings you turn off on a television. If your television promises any kind of way to “enhance” the darker parts of an image, turn those off, too.

Once you set your brightness and contrast properly, using the various calibration techniques I previously covered, you don’t need these artificial enhancements. They’ll either make grey parts of your picture too dark or add unnecessary brightness in an attempt to pull out more detail, which only pulls you farther away from the purest form of the picture.

Finally, to ditch the ugly “soap opera effect”, make sure your television isn’t using any motion interpolation features. Basically, if your set says its smoothing out images or introducing extra frames, flip that off. However, a setting you might want to reconsider, if your television has it, is one that allows you to correct for 24p judder.

It’s a somewhat complicated topic that Rtings.com explains perfectly in this video:

You might not notice the effects of judder when watching your favourite movies, so this might not matter. To check, pull up a scene you enjoy and play around with your set’s interpolation settings. I’m a little vague about this, because televisions all have different ways of describing and presenting these options.

On the Sony TV in Rtings.com’s example, for instance, MotionFlow’s “Smooth” setting isn’t what you want, but selecting its “True Cinema” will display a film at a regular 24 frames per second. (And you’ll also want to set its “Cinemotion” to “Auto” or “High”, depending on your TV.)

If you’re confused and just want the easiest possible answer, just set any kind of frame-tweaking, frame-adding, or picture-interpreting pictures to off. Breathe easy and enjoy your normal, not-ugly image.

And, finally, if you have a fancy newer television that supports high dynamic range (HDR), makes sure that it’s set to use it. By default, it should be, but you’ll probably have some kind of option to turn it off or set it to some kind of automatic mode, so it always kicks in whenever you’re viewing HDR-friendly content. (That’s not “HDR+ mode”, if you see that option, which adds unnecessary enhancements to your image.)

And while you’re poking around your settings, you might also see an option that allows you to set television’s colour space. If it’s not on Auto, it should be set to “Limited” — along with any devices you’ve connected to your television — unless you’re using your new TV as a monitor for your PC. If so, go “Full” on both.

What about my television’s picture modes? 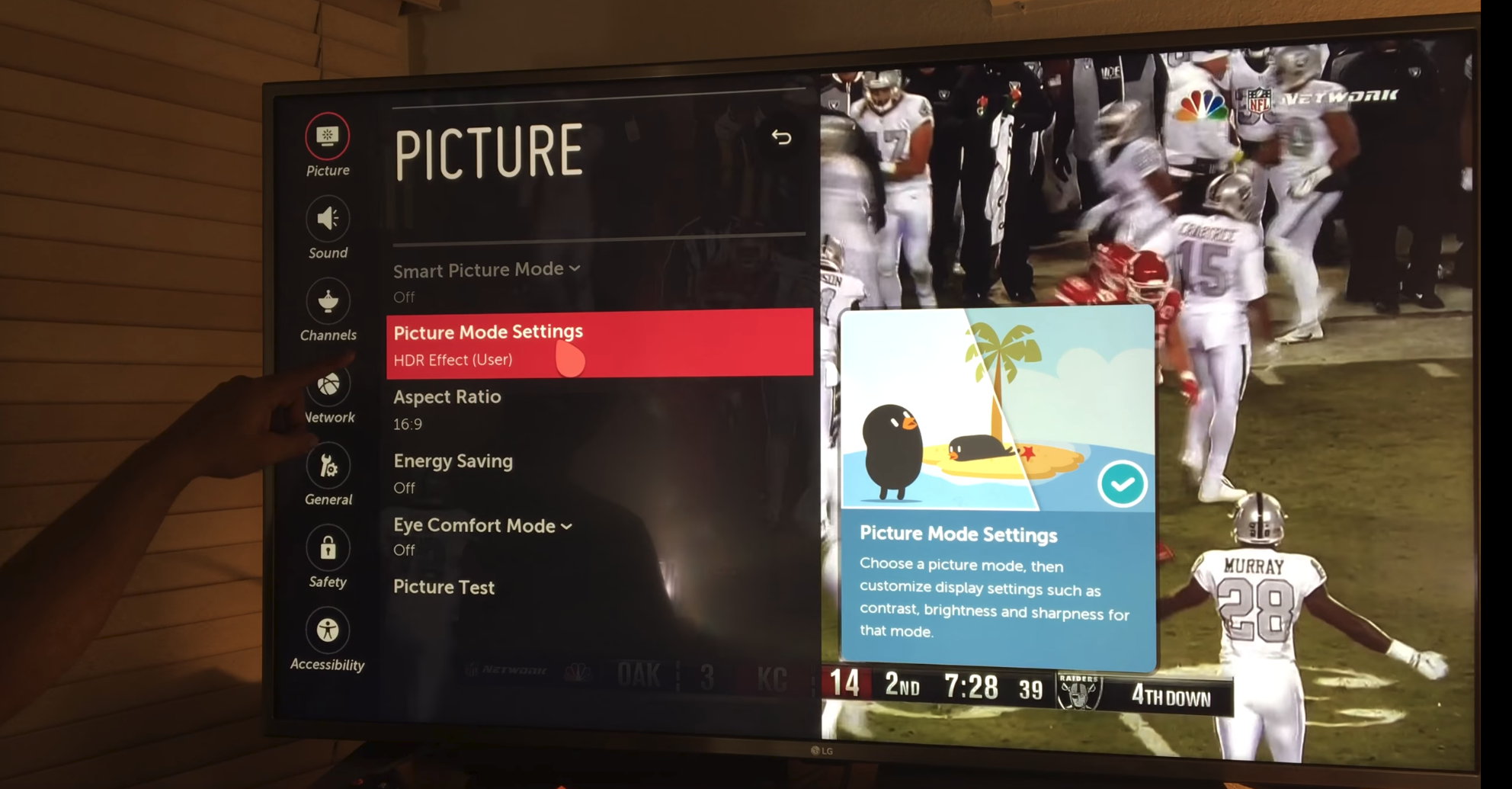 Most televisions allow you to pick from a big list of picture modes, featuring options like “Vivid”, “Warm”, “Cool”, “Game” and “Fetch“, to name a few. If you followed the “look and see what other settings people have calibrated their sets with” instructions from earlier, you’ll probably be able to get a sense of which modes are best for your television and which you should avoid at all costs.

In general — and I say this very loosely, as televisions vary wildly — you probably want to stick with anything that sounds like a “Movie” or “Cinema” mode, rather than “Normal”, “Vivid”, “Dynamic”, or “Sports”. You’ll have the best chance of getting the strongest picture quality across all of the different kinds of content you watch.

I’d even recommend sticking with a “Movie” or “Cinema” mode it for sports fans and gamers — since your set probably has a “Game” mode as well — as presets that attempt to reduce lag on your set or eliminate blur can trade away image quality.

And if you have a giant, gorgeous television, you’ll probably want it to look as good as possible above all else.

That said, I’ve seen plenty of recommendations that gamers should use their televisions’ “Game” mode. And your Xbox One can even switch to it natively, if you want and then switch back to your regular “movie” preset when you’re done gaming.

If you use your television’s Game mode, make sure you’re tweaking all of your other settings to drop down any unnatural saturation, brightness, or contrast. Game mode might help you cut out input lag, but it can also make your picture look a lot worse.

And, of course, if your television is fancy enough to come with any kind of “calibrated” mode, try using that first. With luck, that’ll cut down the number of individual settings you have to tweak.

Oh and don’t forget: You might have to go through and individually adjust all your picture settings for each device you’ve connected to your TV. But that’s not necessarily a bad thing. After all, you might want slightly different settings or modes for your PlayStation 4, your satellite receiver, your television’s built-in Netflix app, etc.

This can be a tedious process if you have a ton of devices, but at least you’ll only have to do it all once.