Yes, You Should Accommodate Your Friends’ Picky-Eating Kids 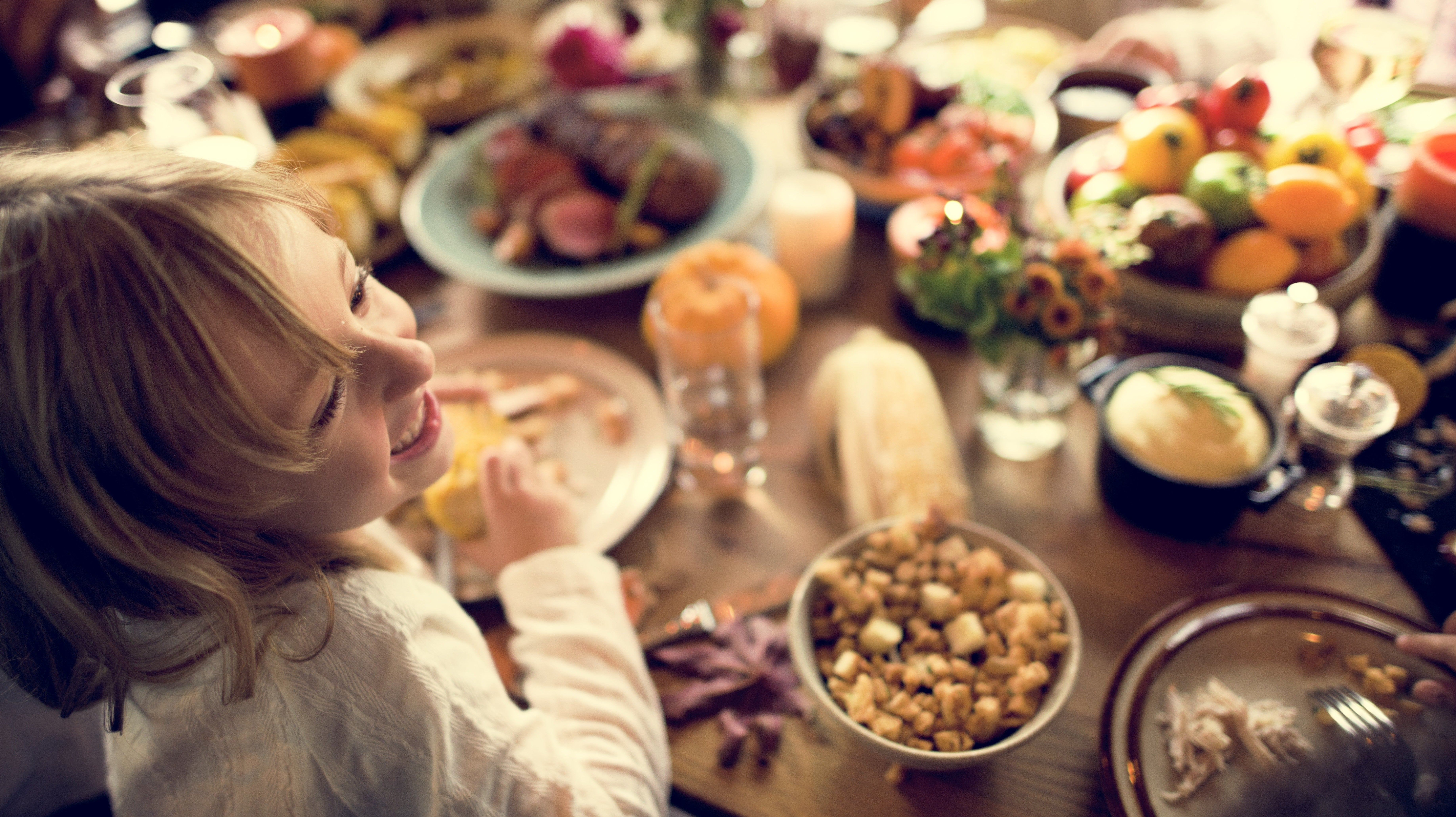 Right before the holidays, I told you all that you should let your kids eat nothing but rolls at the big meal, if all they desired were rolls. That stance, which I shall not budge on, is rooted in a basic two-part parenting principle that everyone should adopt: 1. Don’t pick your food battles in other people’s homes, and 2. Don’t pick your food battles on holidays, at special events or when you’re in the midst of a large gathering.

This just seems like best practices to me. If you go over to someone else’s home or you go out for a special meal even as often as twice a month, that still leaves you with 341 other days throughout the year with which to be consistent about eating what is prepared for the whole family and/or trying new things. You may feel that Easter brunch at Nana’s house is the exact right opportunity to make them try au gratin potatoes even though they really, really don’t want to; I’m going to be fine with them eating a bunch of ham and three or four grapes. We’ll just have to agree to disagree there.

But what I was shocked to discover there is disagreement over is whether to accommodate the picky-eating kids of your friends when you invite them to your home for large group dinners. This question (and the columnist’s response!), which was in Slate’s Care and Feeding column last week, has me baffled. I know they’re not asking me, but nonetheless, I think they could benefit from a second opinion if they want their friends to continue hanging out with them.

My wife and I feel that preparing a meal and sitting down with our young kids to eat together is a valuable thing. We refuse to be short order cooks or prepare separate kid-friendly meals, but always try to prepare something that the kids like. Sometimes it works, sometimes it doesn’t, but for the most part our kids are good eaters and our dinners are enjoyable.

We spend a lot of time with other families, in situations where one family is responsible for preparing a meal for the group. Many of our friends’ kids are picky eaters, and this is reinforced by parents who prepare or expect special kid-friendly meals in addition to the main meal.

I think it’s great that you prioritise family mealtimes, and I have definitely muttered the words, “this isn’t a restaurant,” a time or two myself. But as the parent of a child I would classify as currently unadventurous in his food preferences, saying things like picky eaters are “reinforced” by the accommodations their parents make for them just sounds like a judgement from someone who has never parented a picky eater. And I would be surprised if your feelings about their parenting on this topic aren’t already apparent to your friends.

Until you’ve parented a truly picky eater, it can be hard to imagine how much anxiety and frustration it can bring into a home—for the parent and the child. It’s not that you handled food correctly and they didn’t, so now they’ve created a monster. They are parenting the child they have, not the one you think they could’ve created because your kids happen to be different. Your experience of dinnertime is probably quite different from the experiences your friends are having. But anyway, continue:

We’re happy to relax our routine in almost every way for these hangouts, but I am not comfortable going out of my way to prepare a second meal. This always leads to problems. If I’m cooking, their kids make a scene about the food being disgusting—or the parents just bring along kid food that they prepare or that I am expected to prepare. Without fail this special kid meal becomes a thing, even if my kids like the regular meal.

You are “happy to relax your routine in almost every way” when you invite guests over for a meal? Well, I would hope so. Otherwise, why extend the invitation in the first place?

Perhaps you’re exaggerating for dramatic effect, but if the kids are actually saying the food is “disgusting,” that’s obviously not ok and it’s not something that their parents should be allowing. There is only one proper response to being offered food you don’t want or like and that is, “No, thank you.” But it seems like the parents are trying to compromise by bringing the extra food themselves, not expecting you to provide it. I can’t imagine we’re talking about anything more complex than a box of macaroni and cheese here.

My wife is more gracious than I am, and I’m pretty sure the right answer is to just be accommodating. But to me, eating a meal as a family and hosting friends is an important social event where kids are learning how to exist together in the world.

Preparing a separate kid meal signals that they are more special than everyone else, or that they never have to be anything less than completely satisfied. It says that in group situations, the welfare of the group comes second to their happiness and that there is no expectation to be polite or grateful to your host.

Yes, the right answer is to just be accommodating, so I’ve gone ahead and bolded that. But is coming to your house for dinner really an “important social event” where you expect all the kids to leave having learned how to exist together in the world? Or instead, should it be… a treat? A get-together to have fun and make some memories and eat some good food, however they define that.

And none of this means they shouldn’t be both polite and grateful to their host; that should be an expectation, regardless.

I realise that this is a sort of over-the-top framing. I also realise there is a counterargument here about being an accommodating host. But accommodating picky kids strikes me as different than being mindful of legitimate dietary restrictions, which is an important act of putting others first. I think it’s somewhat rude to expect other people to prepare a special meal for your picky kids and it breeds a sense of entitlement that really bugs me. What do you think?

Accommodating picky kids is different from being mindful of legitimate dietary restrictions. The latter is a necessity; the former is a kindness. And I suspect you’re already being accommodating of the food preferences of the adults; if you knew one friend really disliked seafood, would you be pan-searing a bunch of scallops?

If your friends are legitimately showing up and expecting you to prepare a slew of “special” meals for multiple children, sure, that’s excessive. I’d try to find one or two simple kid-friendly food options to have on hand and they can bring the sides or other snacks. Some mac n’ cheese, frozen waffles, chicken tenders… hell, just order them a pizza! This is a party!

This can all be discussed ahead of time, too. “Hey, FYI, I’m going to be making pasta with bolognese sauce,” you might say. “Will the kiddos eat that?” If the answer is “Man, that sounds delicious! Unfortunately, Sam is in a real ‘no pasta’ phase at the moment,” then come up with a Plan B together.

It sounds to me like your friends are trying to enjoy themselves and enjoy your company by following the principle I laid out above: Don’t pick your food battles in other people’s homes. If you truly can’t accommodate their kids (or allow your friends to do their own accommodating), you should probably skip the hosting duties. I, personally, would not want this to be the hill my friendships died on.