What Are Sinkholes And How Do They Work? 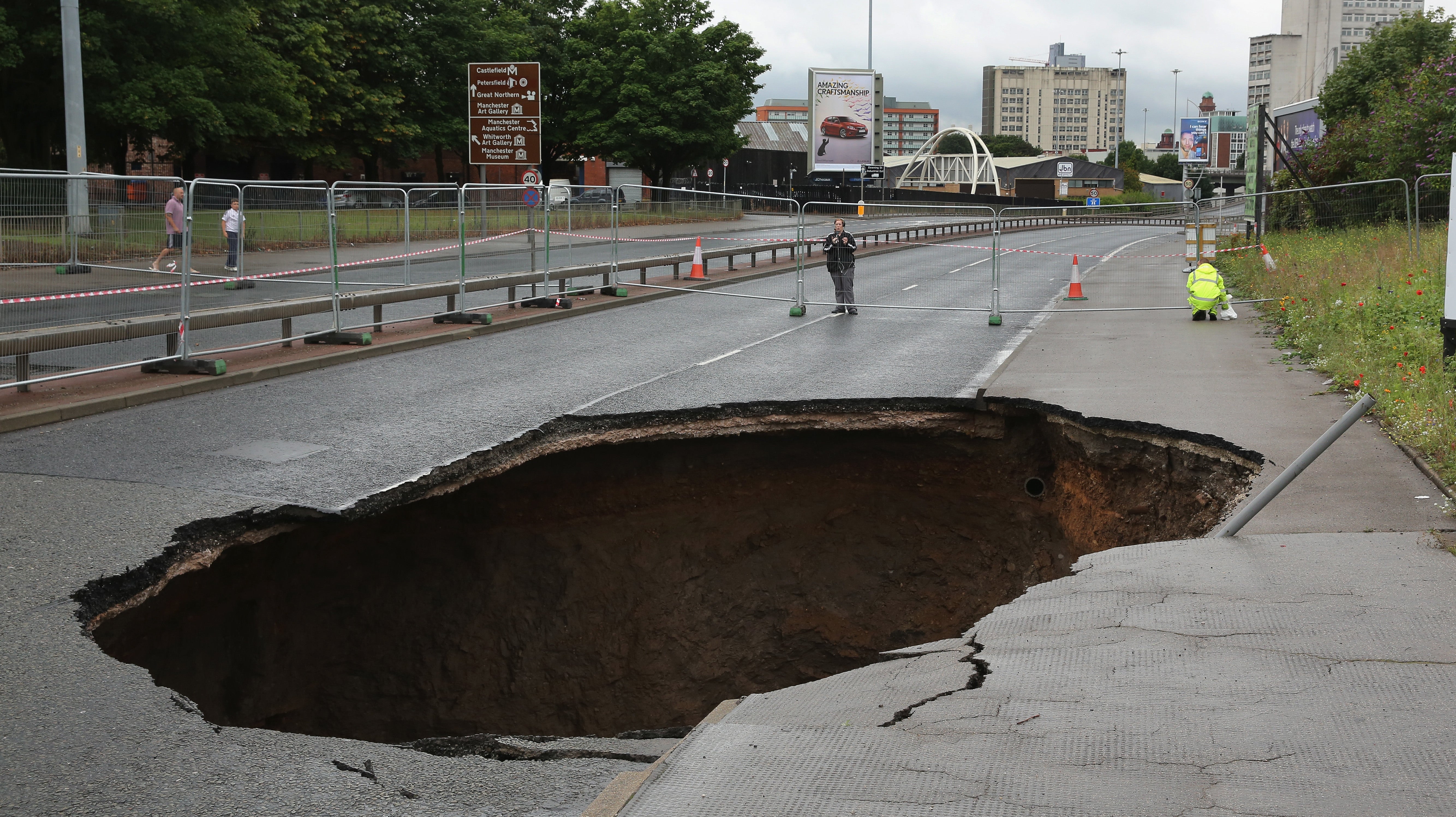 A sinkhole opened up and swallowed a bus this week in China, killing several people. A few months ago, another sinkhole opened up below a bus in my hometown of Pittsburgh; in that case, though, everybody escaped safely. Besides buses, sinkholes can also swallow cars, pedestrians, and houses. Here’s the rundown on what sinkholes really are and how they happen.

What causes a sinkhole?

A sinkhole forms when the surface of the ground is no longer supported by whatever is under it.

You might think that when you’re standing on the earth, there’s nothing below you but more of the same. But there are different layers of dirt and rock. Sometimes, there may be a hole forming, but you don’t know it yet.

For example, water can slowly dissolve limestone over time. Spaces open up where the limestone once was, and if they are large enough, they may become spectacular caves. But if the spaces occur too close to the surface, the land on top may suddenly give way, creating a sinkhole.

Sinkholes are most common where there are underground deposits of rock that can dissolve, such as limestone, carbonate, and salt beds, according to the USGS. 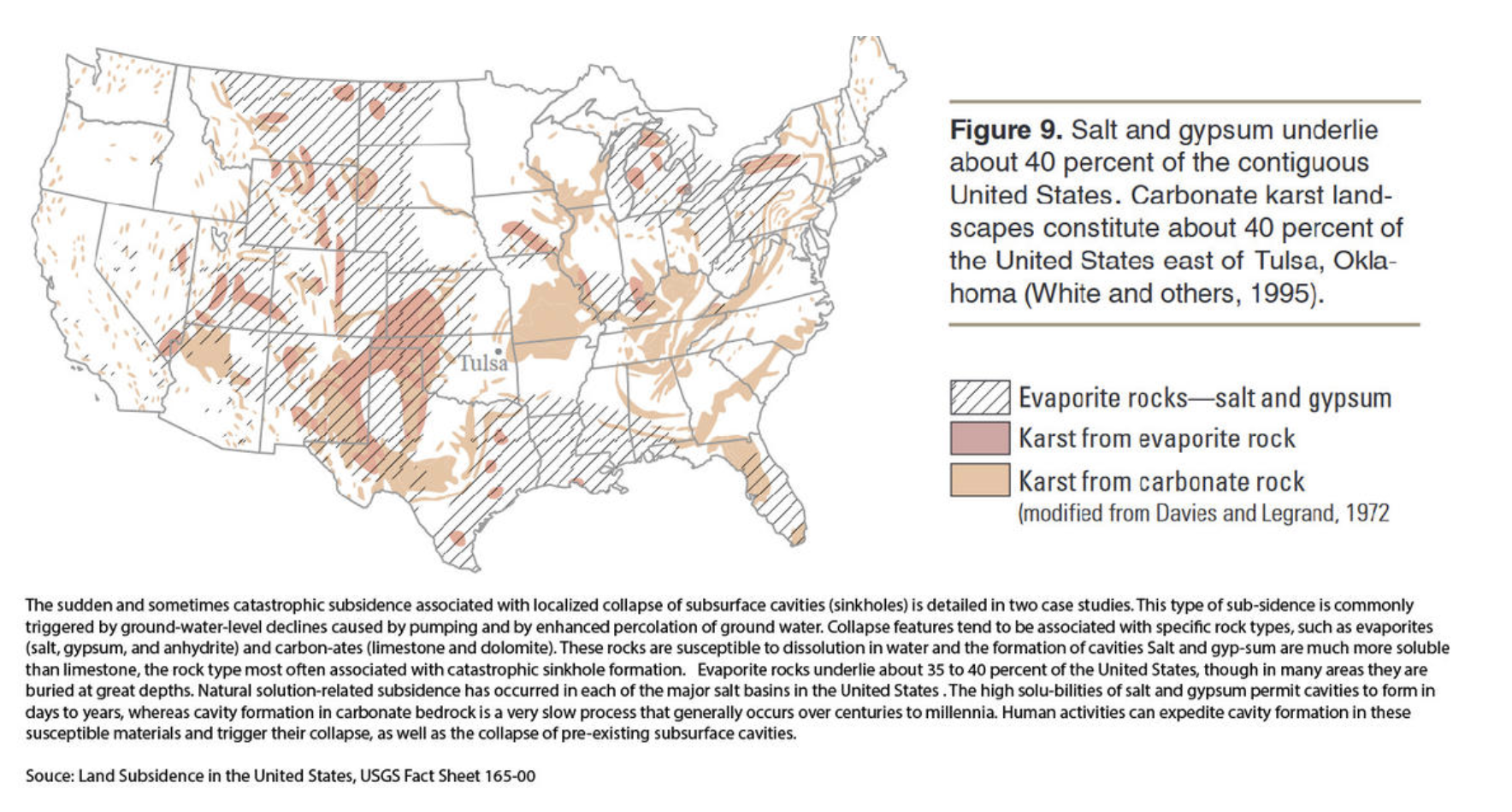 They can also happen where holes have been created in other ways, like construction and groundwater pumping. Or mines: in the area where I grew up, coal mines had been dug and abandoned decades previously. A few houses in our neighbourhood had cracks in their foundations or brickwork from slow, barely noticeable collapse of the ground. It was a known phenomenon, with a name (“mine subsidence”) and insurance policies you could buy against it. I remember, one summer evening, taking a walk with my family to gawk at a sinkhole that had suddenly opened up a few streets over.

How much should I worry?

First of all, sinkholes are rare. The chance that you personally will be swallowed up by a sinkhole is basically zero. And not all sinkholes open up suddenly; many form slowly over the course of years.

There’s also not really anything you can do about a sinkhole if you’re caught on top of one—I’m not sure if that makes them more or less scary. Settling of land can indicate that something is happening underground, but not all settling indicates a sinkhole, and not all sinkholes are preceded by settling. If you think your yard is developing a sinkhole, experts say to contact an engineering or geological testing firm.

If you do encounter a sinkhole in real life, stay away from the edge. As the sinkhole settles, the edges may continue to cave in. (The Florida Department of Environmental Protection says this process may take several days, longer if there is rain.) Typically a sinkhole in an urban area will be filled in with material that’s less likely to give way in the future, but some giant sinkholes that occur in nature may become beautiful natural ponds.