The Best 2019 Stories About Kids And Gaming 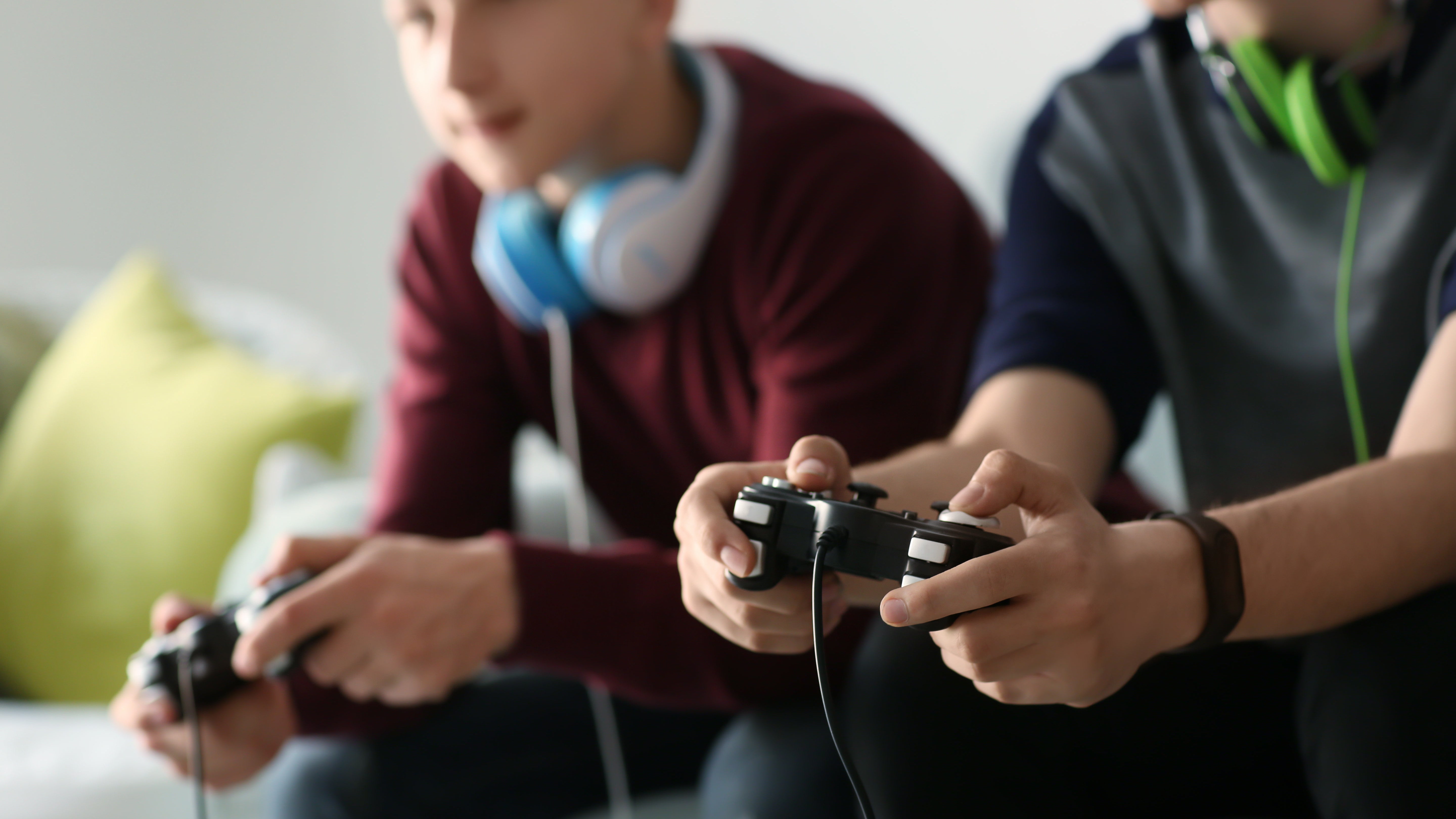 There is a lot to talk about when it comes to kids and gaming. We want to encourage their love of gaming because we love gaming, too. But we don’t want to introduce them to something before they’re ready, we want to capitalise on the bonding experience gaming can provide—and we want to remember that not all gaming has to be electronic.


Here are our favourite posts from the year to help you cultivate your gaming relationship with your child.

This year, we sought to help you determine whether certain video games were appropriate for your child’s age—or find ways to make them appropriate by playing them in “Dad Mode.” 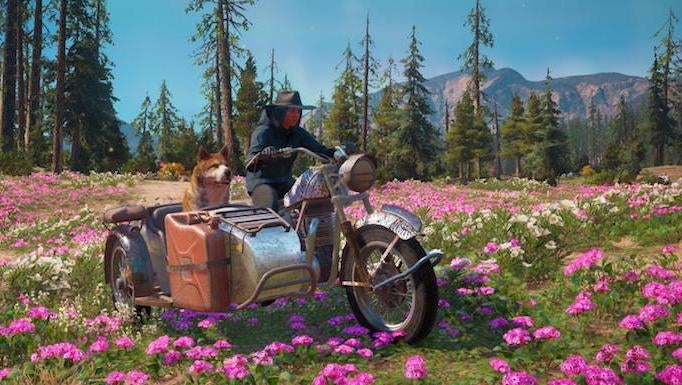 How To Play Far Cry New Dawn In 'Dad Mode'

Far Cry New Dawn, the newest release in Ubisoft’s open world Far Cry series, is set years after the apocalyptic nuclear event that ended Far Cry 5. Hope County, Montana has been nearly destroyed, but a rag-tag band of survivors wants to rebuild. Your job is to help them by scavenging supplies, building up the settlement of Prosperity, and battling the evil Highwaymen who terrorize the populace.

Somewhat selfishly, because my 9-year-old is forever asking me whether he can play Fortnite, I asked writer Stephen Johnson to please answer that question for me—or at least guide me in making the decision myself. Which he so kindly and thoroughly did:

Other players are really the worst part of Fortnite, especially when it comes to kids and safety. Any game that attracts so many people also attracts bottom-feeders who prey on those people—from pedophiles to scam artists to legions of garden-variety arseholes. While the likelihood of meeting child molesters or con artists during a game is small (hysterical media coverage notwithstanding), if you don’t turn off chat, your child will talk to countless trolls, griefers, losers, people who play loud music into their mic, YouTube celebrities, and other lowlifes eager to teach them exciting new curse words, sexual positions, and racial slurs. Luckily, if you turn off voice chat, there’s not much online miscreants can do to bother your kid.

Around Halloween, we hand-picked the best scary-but-not-too-scary video games for your kids (the scare factor made it feel timely around Halloween, but the advice is evergreen).

Also—perhaps most importantly—we helped you figure out which video games allow you to pet the dogs. Because this is good and wholesome information to have.

Playing video games WITH your kid

Gaming can be a great way to keep our kids occupied and out of our hair. Alternatively, gaming with our kids can be a nice bonding experience. This year, we made it a point to suggest (insist) that you jump in and play games with your kid.

If you love to game but hate to play against people who suck at games (like, for example, little kids), we’ve got a solution for you. This age-by-age guide is full of multiplayer games that are both fun and competitive when playing against even the youngest of gamers. 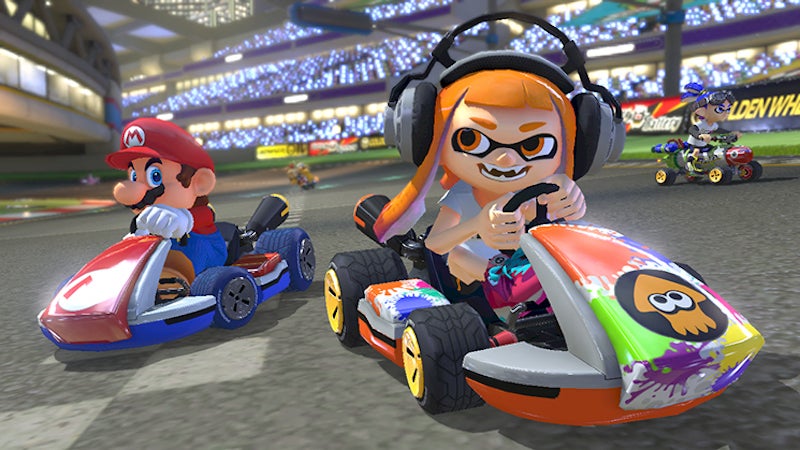 The Best Multiplayer Games To Play With Your Kid

It’s fun to play games with your kid, but eventually you have to face how much they suck at them. Children’s developing brains can’t handle complexity, their unripe nervous systems don’t react fast enough to not get smeared by zombies, and their fine motor skills are straight garbage.

Another good one to play with your kids? Is Minecraft, according to writer Stephen Johnson who had an epic summer bonding experience with his son over the game:

When my son was seven, he and I had played Minecraft together for about a year, and we decided to take on the game’s ultimate challenge: Defeating the Enderdragon. The process of researching the beast’s weaknesses online, exploring and exploiting the Minecraft world for the gear we’d need, and creating and executing a plan for his downfall took an entire summer of after-dinner game-playing. It was fun for both of us, and I tried (very gently) to apply lessons from the game to life. I don’t know if it worked, but it sure didn’t hurt, and we had a ton of fun. 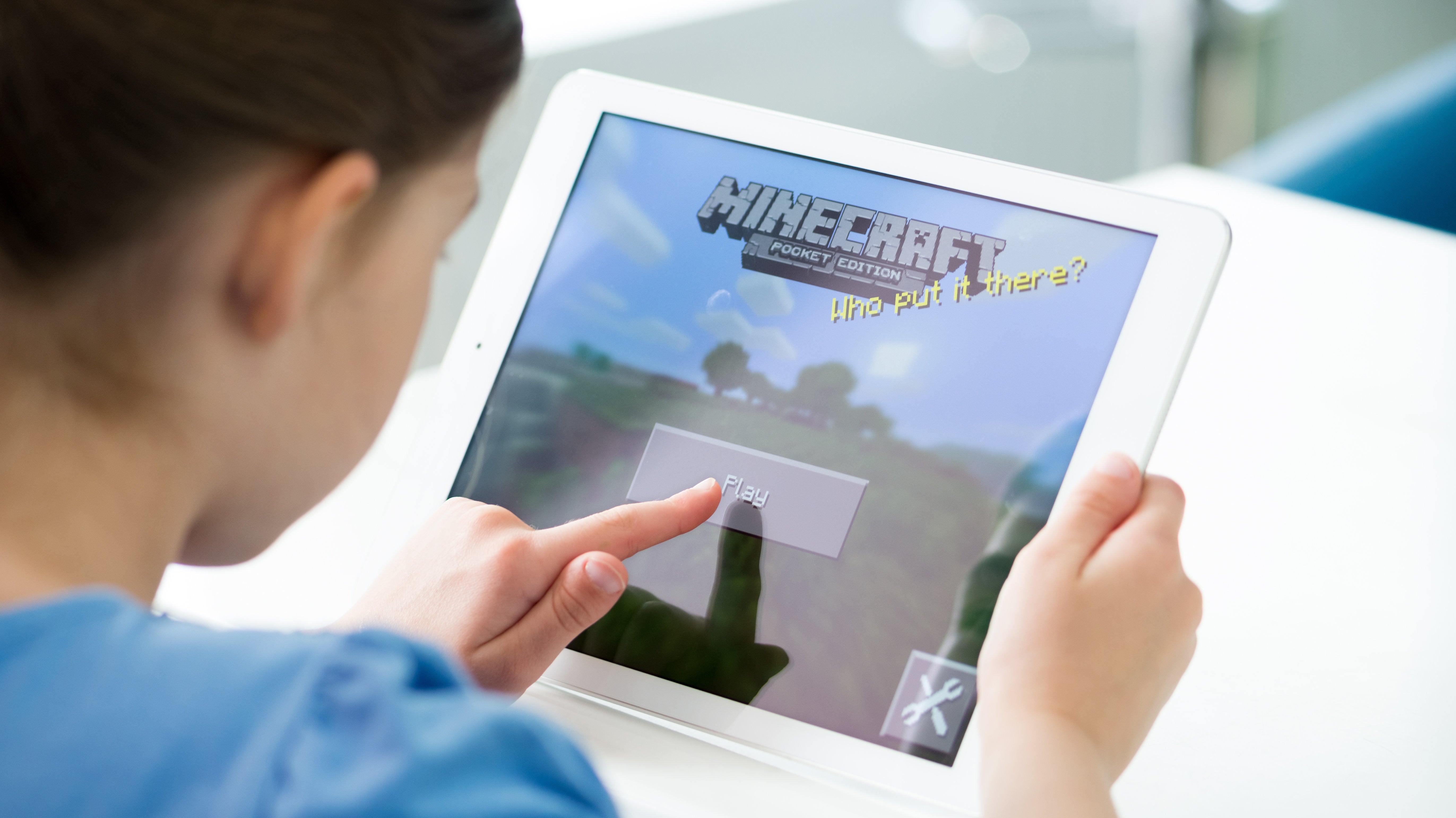 Use Minecraft To Teach Your Kids Pretty Much Anything

There’s a reason the New York Times calls them “The Minecraft Generation.” Today’s kids and teens have been raised on the game, cutting their teeth on survival mode and moving on to creating complex, multiplayer worlds within Minecraft. But Minecraft’s vast community (112 million people log on per month!) are doing more than playing a game. They are occupied in a deeply engaging educational experience that encourages problem solving, creativity, planning and execution — and can even teach older kids coding and electrical engineering.

Now that you’ve played their games with them, it’s time to introduce them to your games. These are the retro video games that should be on your list to play with your kid.

With a little creativity (and some bubble wrap), we taught you how to create an indoor hopscotch game for your kids and their friends this year.

Next, we curated a list of what we call the best “pencil-and-paper” games to play with your kids. They’re games that require only—you guessed it—a piece of paper and a pencil. Or the back of a paper menu and a crayon. You get the idea. These are perfect games to bust out when you’re waiting to board a plane or for your food to arrive in a restaurant. 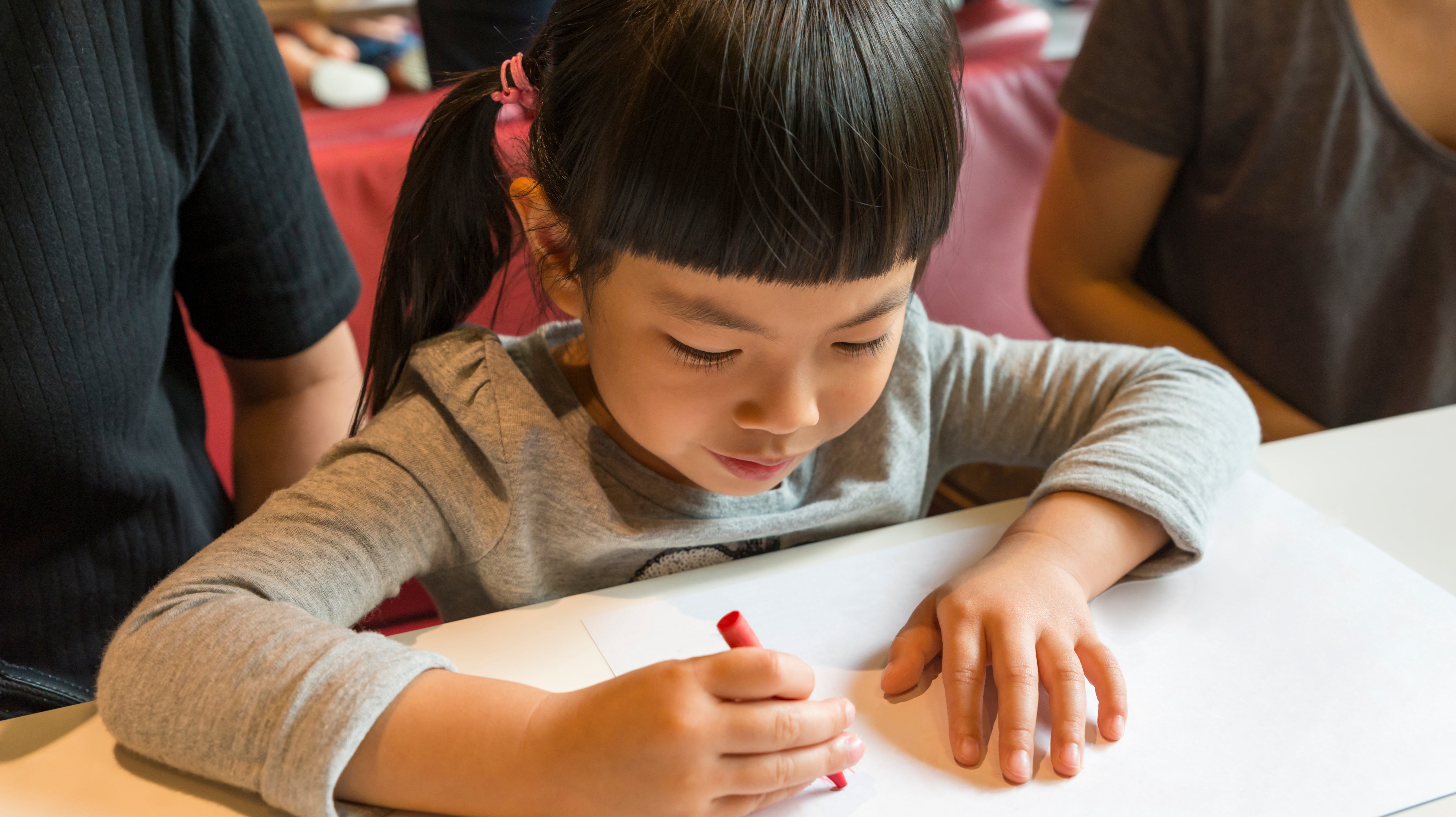 Play These 'Pencil-and-Paper' Games With Your Kid

Starting out can feel intimidating, with all of the game’s books and charts and maps. Even if you’ve found a dungeon master and fellow players, now you have to create a character. You might be tempted to get really weird with it—I was. But if you plan to stick with this character for a while, you don’t want to saddle yourself with someone that you eventually hate to play. Here’s how to make a D&D hero that will best introduce you to the game. 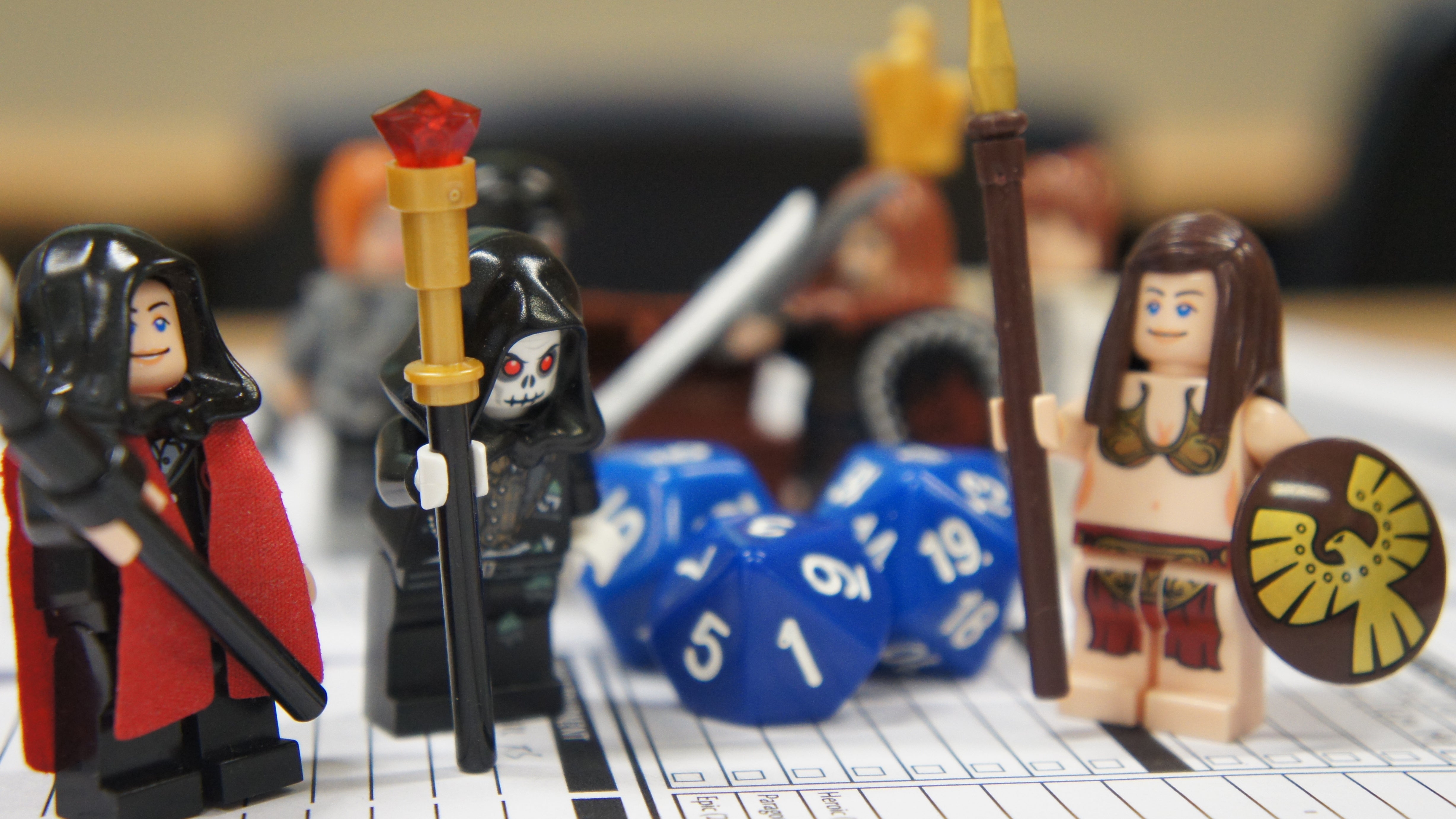 How To Create Your First Dungeons & Dragons Character

It's a good time to get into Dungeons &amp; Dragons, the role-playing game featured in Stranger Things and the podcast The Adventure Zone. The game has lost its nerdy stigma and is trendy among artsy parents and their kids.