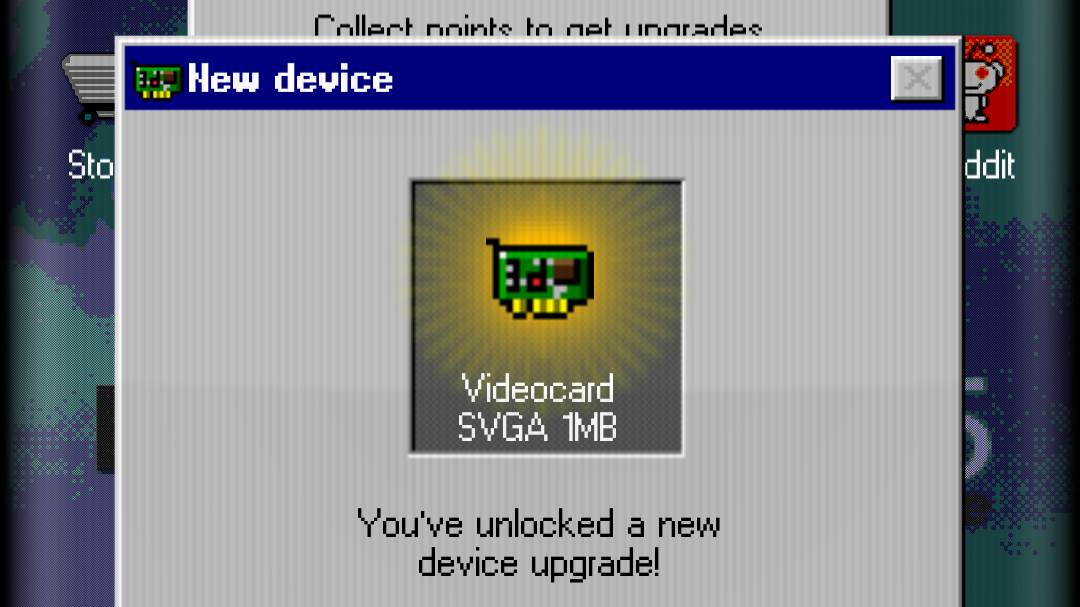 Even if I don’t remember much of the ‘90s, I sure remember all that old ‘90s tech, especially the classic look and feel of older Windows operating systems. So when I saw Android Central’s post about the free-to-play Android game Progressbar95, I knew I had to give it a shot.

Progressbar95 does an excellent job of bringing that ‘90s PC style to your modern-day smartphone. It’s all here—the whirring, scraping clicks of the PC’s hard drive, cascading pop-ups, an annoying Clippy facsimile, and even the dreaded Blue Screen of Death (which is still very much a thing, by the way).

Players complete levels by dragging a progress bar (natch) around the screen to capture blue blocks that increase the progress bar’s level, while also avoiding other blocks that either reduce your high score potential or reduce your “hearts,” which are essentially lives. If you’ve survived long enough to “defragment” your in-game computer’s hard drive, you can attempt to win back lives in a short, screen-tapping minigame that resembles the disk-check screens of yore.

Completing levels earns points for unlocking new in-game hardware components that seem quaint by today’s standards (like 6MB of RAM) which in turn allow you to upgrade to newer versions of the Progressbar “Operating system.” Higher levels introduce new obstacles like more invasive popups, faster and more difficult block drop patterns, an ever-clingier (and deadlier) Clippy to contend with, and more.

I spent about thirty minutes with the game and found it to be a fun nostalgia trip wrapped in chill little game. You can download it for free from Google Play right now. A $3 premium version is also available that removes the in-game ads, but I recommend sticking with the free version unless you’re really into the era Progressbar95 evokes and want to play without ads between each level.