Put Your Burrito In A Mug Instead Of On A Plate 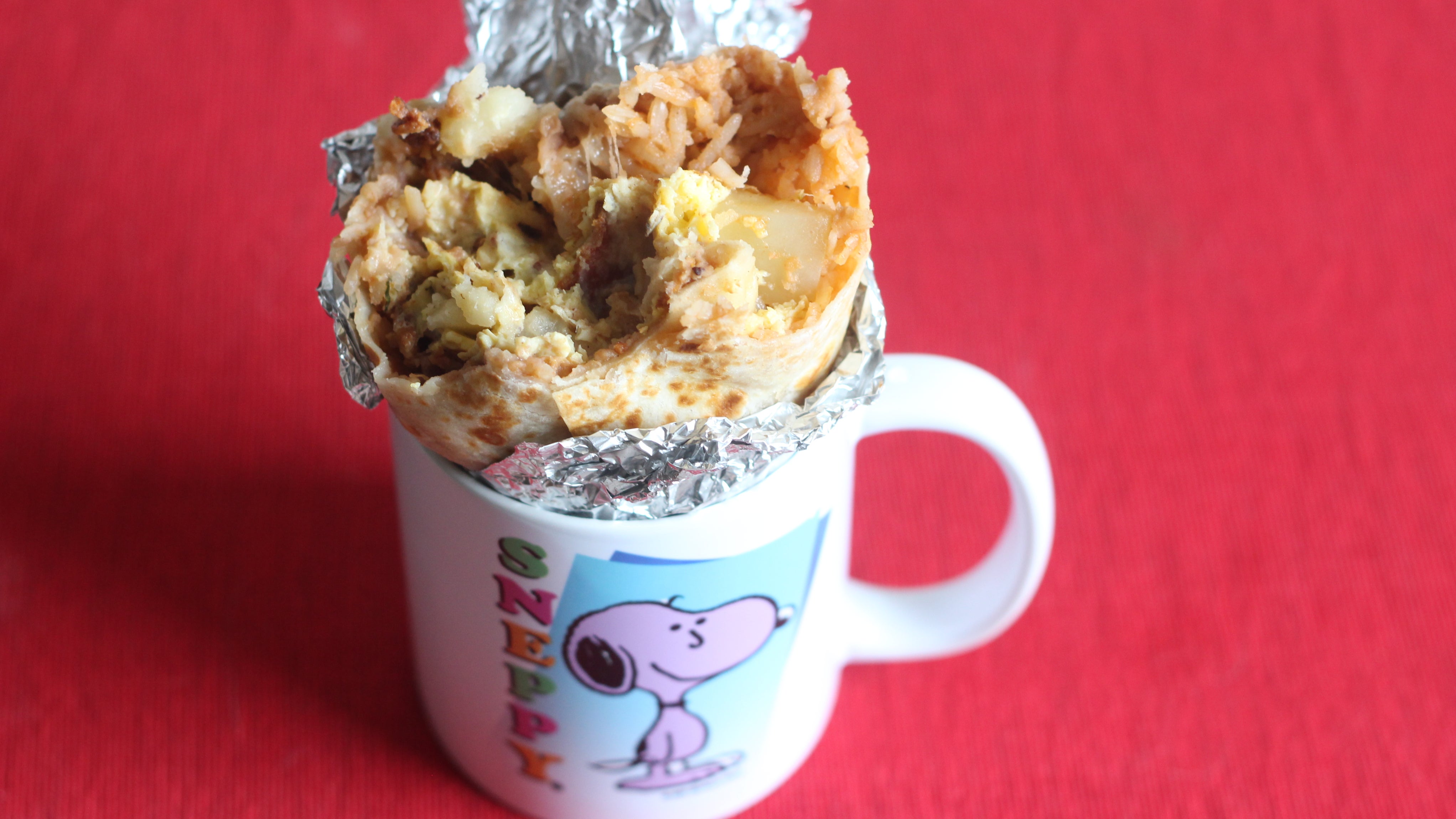 Some ideas do not get the praise they initially deserve. This was the case with Copernicus’ heliocentric solar system back in the 1500s, and it’s the case today with this brilliant burrito hack, brought to us by Reddit user shananies.

When one eats a burrito, one is faced with a choice. One can hold the burrito the entire time, keeping the structural integrity intact, or one can set it down on plate, letting the fillings fall out, the tortilla unravel (if you were foolish enough to remove the foil), and the shame roll in.

Shananies provides a third option—nestling the burrito down in a cosy mug, providing pressure on the sides and keeping the fillings pointed skywards. Of course, there were naysayers.

Don’t sip it. Like a hoser. While I agree that you shouldn’t sip your burrito, I have to say I disagree with this anti-mug rhetoric. I’m a busy woman! I don’t always have the stretch of interrupted time that is required to eat a burrito available to me, and I think letting your hand rest is ok.

Also, as Virginia pointed out in Slack, it’s a matter of digestion and cleanliness: “Burritos fall into the category of food that’s so messy to handle that I end up eating it too fast and making myself a bit sick because putting it down, reassembling, and picking it back up is too much hassle.” Indeed.

To test this tip, I ordered a breakfast burrito—even though it was after noon, because I’m most comfortable outside of society’s norms—carefully peeled back the first bit of foil, took a bite or three, and set it in the mug.

I then replied to some pressing business, sent a tweet about the lack of sour cream in said burrito, and fed my cat her lunch so she would leave mine alone. Throughout all of this, the burrito stayed put, with the fillings exactly where they should be.

Of course, once you eat enough of the burrito, it becomes roughly the height of the mug, but this is ok. At this point, the burrito’s centre of gravity has been lowered sufficiently for it to stand on its own, meaning the mug is no longer needed. Thank it for its service, return it to the cabinet, and finish your burrito.