A few years ago my friend group discovered the dice game Quixx. If you haven’t played it, I highly recommend it. Essentially, you roll a collection of differently-coloured dice and then try to mark off numbers on a score sheet based on the totals.

That’s definitely an oversimplification of the rules; however, the big takeaway for the purposes of this post is that you need to use a new score sheet for every person every time you play. That means that if you play the game with a group of friends at the bar once or twice a week, you’re going to blow through the included pad of score sheets pretty quickly.

After a trip to a board game bar over the holidays, my friend Randel had a fantastic idea for cutting down on all the waste and ensuring that we always had cards to play with: laminating them.

It’s a super-simple solution, but one we all simply hadn’t considered up to that point.

She purchased these self-sealing pouches from Amazon. A pack of five pouches runs around $US4 ($6), which isn’t likely going to break the bank, but you might need more than one for games that you play with more than five people at a time, or bigger ones if you have larger scorecards. 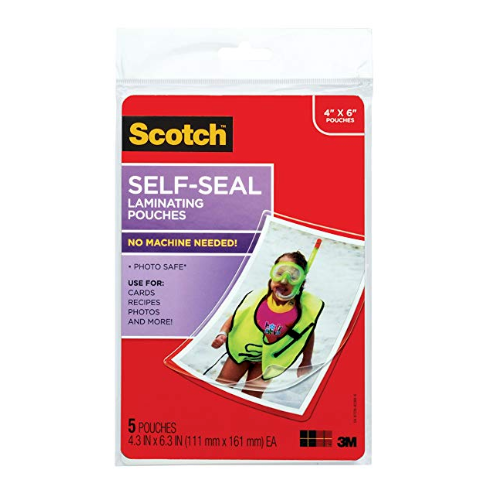 You’ll also need to invest in some wipe-off markers.

That said, for games you play often with disposable paper scorecards it can be a pretty solid investment. We had been ordering replacement score sheets. They’re hard to find in stores, so each time we were getting our score sheets (which will eventually become trash) in the mail packaged in even more trash. Not great. 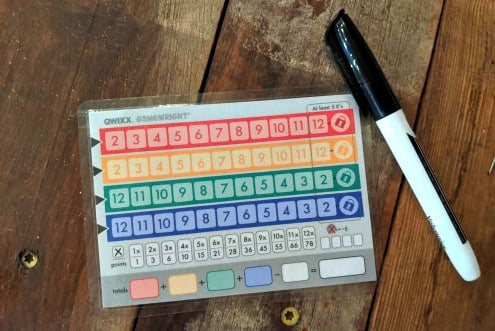 Depending on the size of your score sheet you also might not need the pouches at all. We’ve written before about using packing tape to laminate things, which could potentially work for smaller score sheets. If you have access to a laminator at work or at a local store, even better.

Long-term, the laminating will cut down on the amount of trash you’re creating, which is a win for the environment, and with laminated cards you’ll always have scorecards handy and don’t have to worry about reordering them when you start to run low, or worse, opening the box only to realise you forgot to and you don’t have enough scorecards on-hand to play.