Kentucky Fried Chicken, or KFC as we know it, is opening up its second drive-through only concept store in Australia. After launching one in NSW’s Broadmeadow, the first of its kind in the world, its second store opens its doors in South Australia’s Mount Gambier on 21 January 2020. Here’s how it differs from a regular restaurant.

'KFC' Is Getting The Chop In Australia (But Don't Freak Out)

Since 1991, KFC has been synonymous with fried chicken but the fast-food franchise has plans to kill off its iconic logo and name for the past three decades in favour of nostalgia. That's right: we're apparently ditching the acronym and going back to 'Kentucky Fried Chicken'.

How does it differ from a regular store?

Drive-through stores have existed for decades but KFC’s new stores in Broadmeadow and Mount Gambier change up the game a bit. 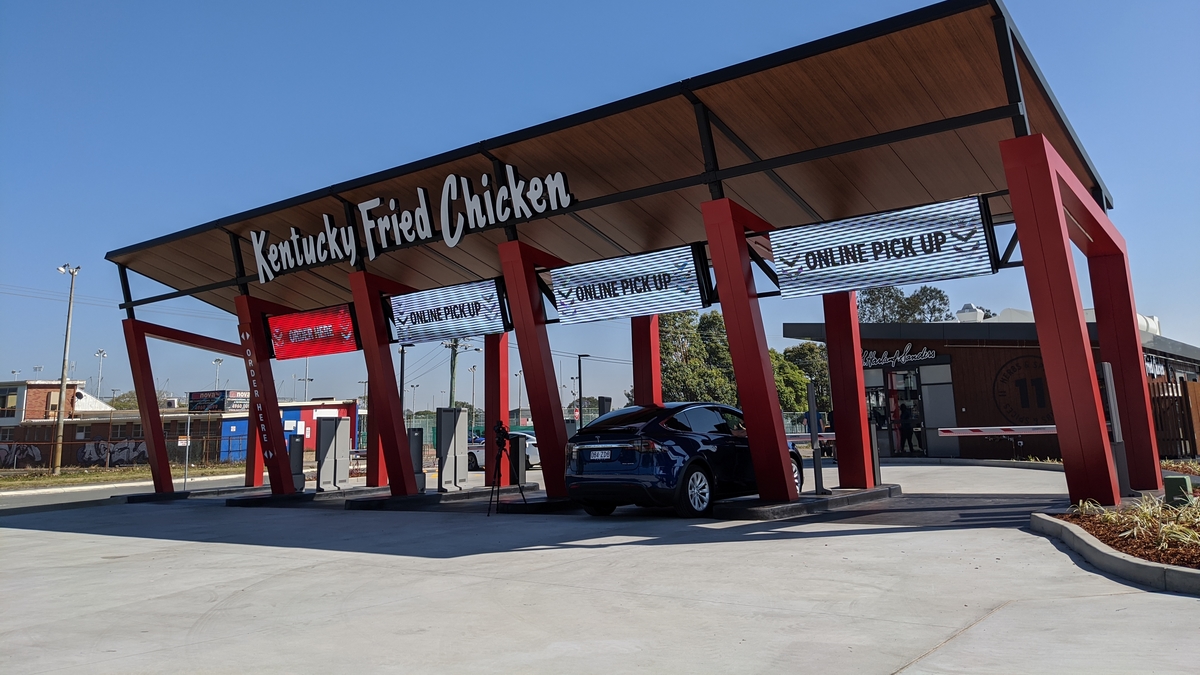 Users are expected to download the KFC app, pop in their order and then rock up to the store whenever they feel like before the day’s close. Once you arrive at the store, you drive up to the boom gates, ‘check in’ your order with a unique code then wait until the boom gates raise before retrieving your fried goodness at the collection window. If there are separate orders in the car, you can add them all in at once for a single collection and once they’re all ready, drive through the boom gates to pick them all up at once. 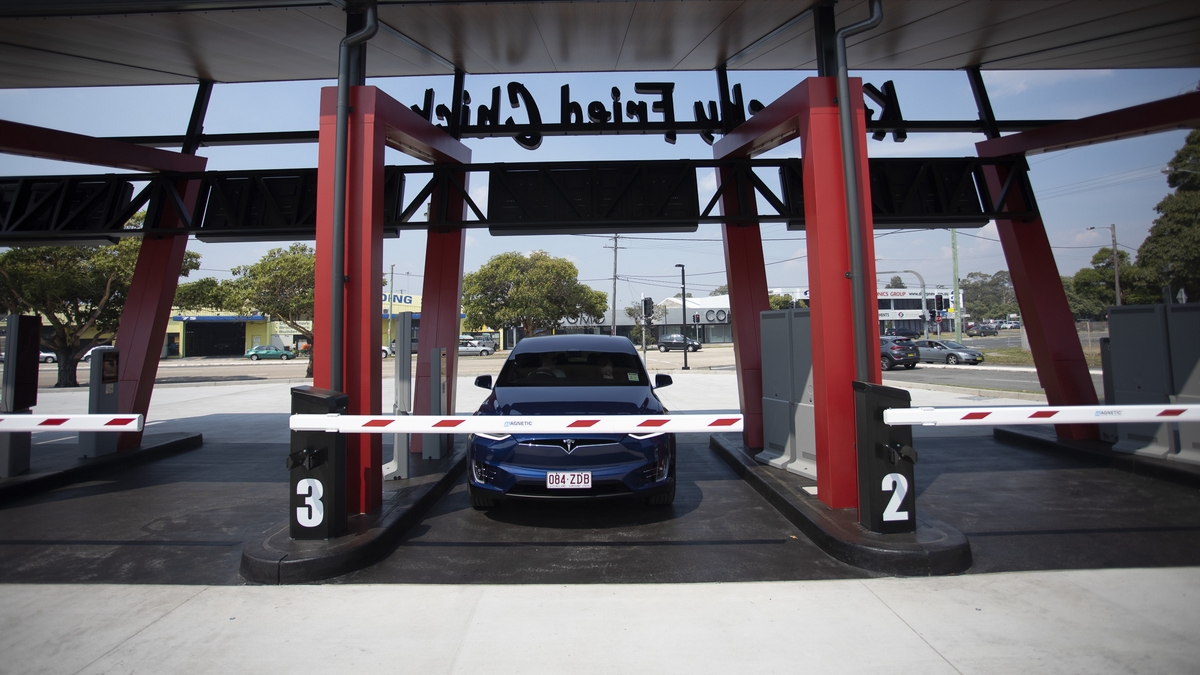 Once your order code is popped in at the boomgates in, the real humans in the KFC kitchen will start to assemble your order so it’s ready for your hot and sweaty hands in minutes.

And if you don’t want to order through the app, you’ll have the ability to rock up to the store, scan a QR code to bring up the website (or search for it the old fashion way) and enter your order in there without handing over any details. Payment at the window is also offered if you’re not a fan of putting your card details over the internet. 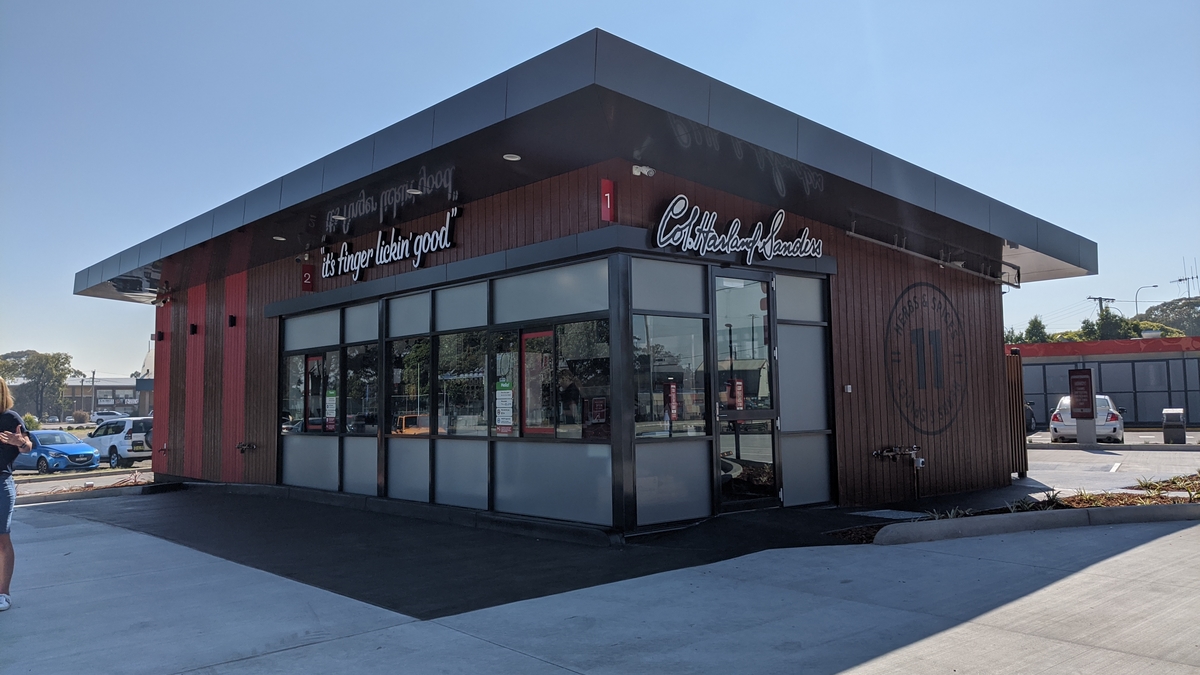 There are five lanes available with three of them dedicated to pre-ordered meals with the remaining two left for traditional drive-through orders. That means no apps or website, just rock up, order your poisons and drive through when they’re ready for collection.

When’s it opening and will it come to my town?

With KFC opening up the first drive-through only store in Newcastle’s Broadmeadow in November 2019 and the Mount Gambier store in January 2020, it’s expected we’ll see more of them. Of course, as it’s a new concept, there will understandably be some kinks to work through but if it proves to be a success, it could be the shape of things to come.

What a time be alive for all the KFC fans out there.

The author was provided with accommodation and a Tesla hire car by Kentucky Fried Chicken to visit the new store.

This article was originally published on 13 November 2019.