In Pictures: The Greatest Car Engines Of The Past Decade 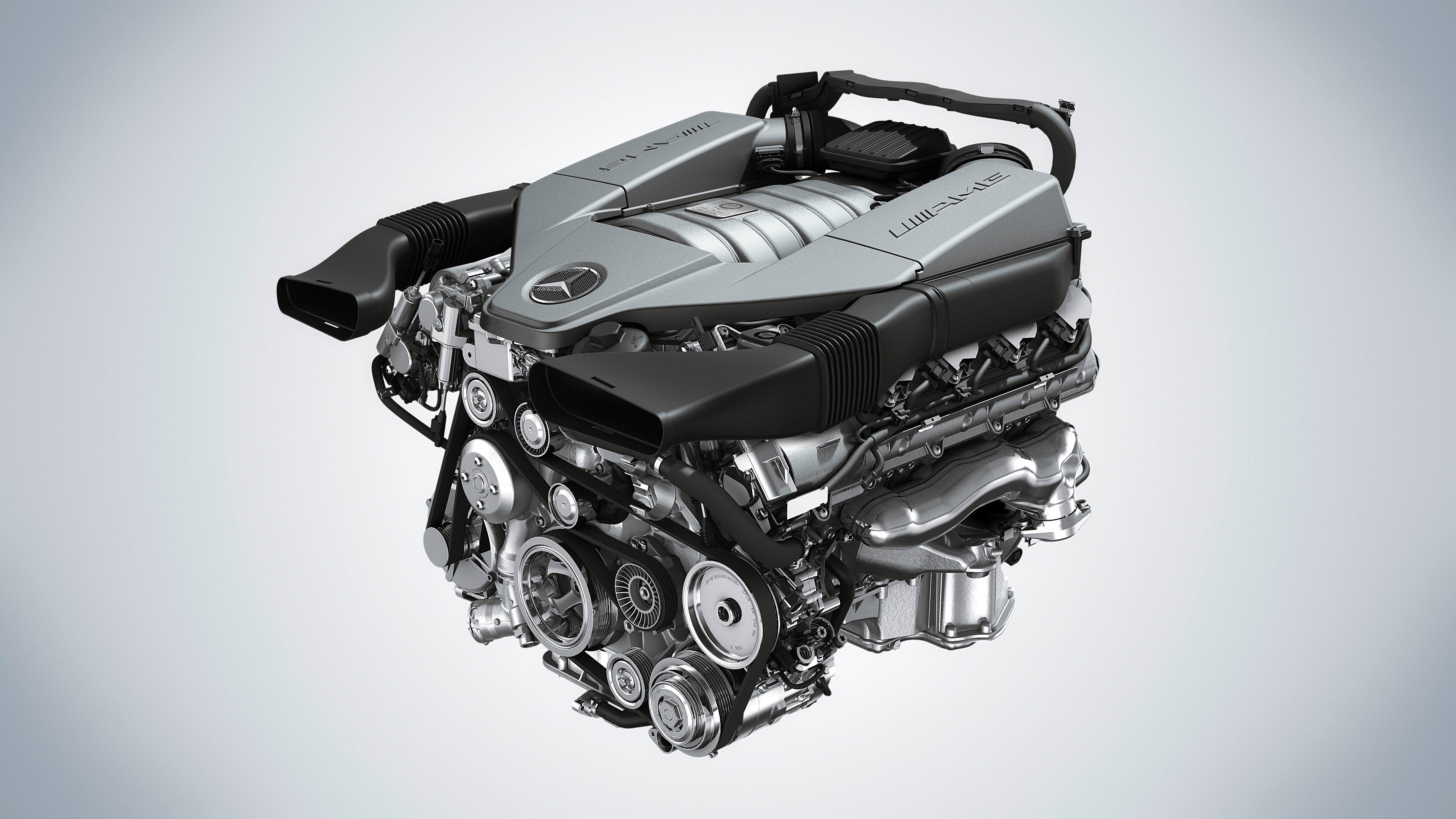 Time is but a social construct, but as we’ve all decided the 2010s are over, I guess a roundup of the best engines of the decade is in order. We’ve got V10s (duh, because it’s me writing this list), V12s, V8s and four-bangers galore.

The 2010s were an interesting bunch of years. They saw the split between old-school methods of producing big power (fat displacement, superchargers) and modern ways of making driving efficient (cylinder deactivation, turbocharging). Some of the units listed here have been discontinued; others began their lives only recently and will hopefully continue to affect change into this new decade.

Now, these engines aren’t listed in any particular order other than how they appeal to me, personally. Did I leave anything out? Should all of the cars on this list just get LS swaps? Feel free to tell me in the comments. 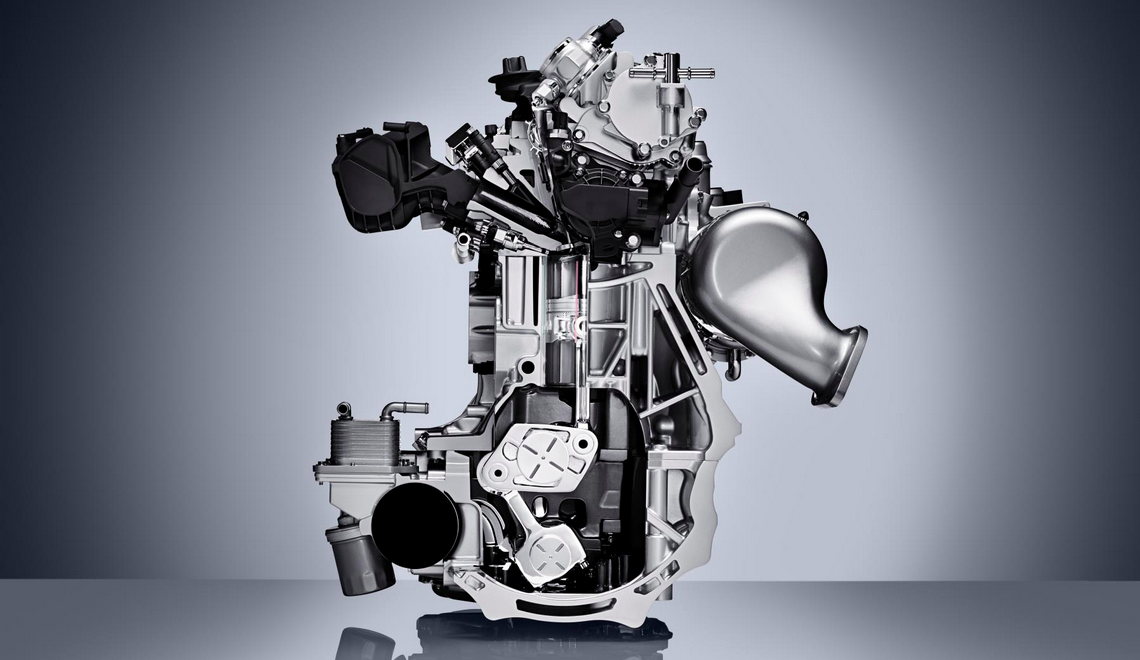 In 2016, Infiniti, a company we don’t fully understand, trotted out the world’s first, production-ready, variable compression-ratio engine—thus rendering a diesel engine basically useless. Called the VC-Turbo, it was over 20 years in the making and is now available in the QX50.

We’ve driven the TC-T-powered QX50 a couple of times and found the engine to be a modest performer, though good on gas. It deserves a shoutout here because it’s a seriously cool bit of technology, even if nobody is currently talking about Infiniti right now. 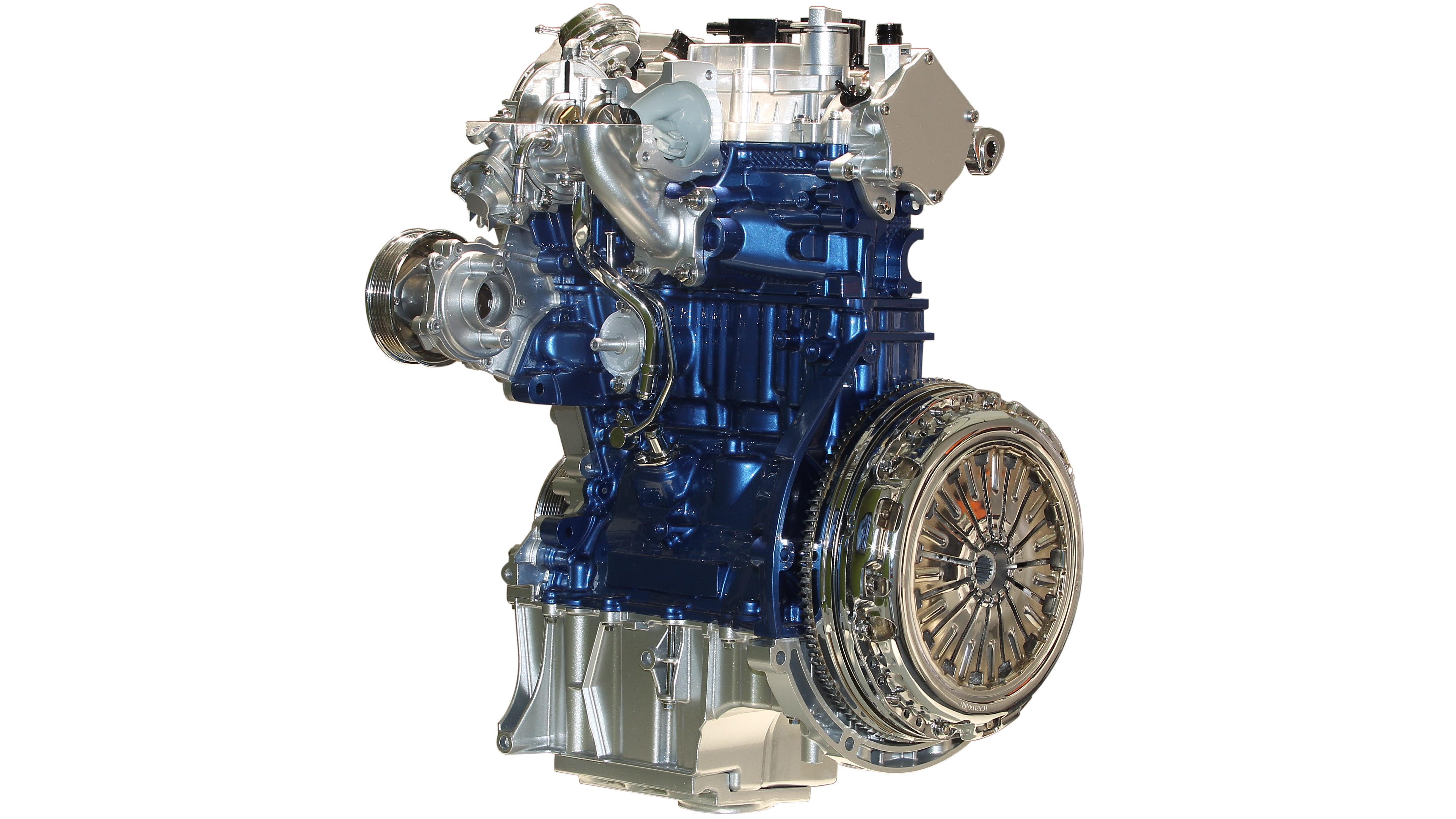 Here’s an engine that’s smaller than a bottle of soda you’d bring to your family barbecue, but that doesn’t mean it’s lacking. With three cylinders, the 1.0-litre EcoBoost engine is found in cars such as the Fiesta and features cylinder deactivation. You can get it with either 99, 123 or 138 HP.

If you want non-hybrid efficiency, you can’t really get much better than this. Often heralded the “Holy Grail” of gasoline engines, Mazda SkyActiv-X engine has spark-controlled compression ignition that gives it diesel-like fuel economy, but with far lower emissions. It’s the type of thing I expect from a technologically advanced and environmentally conscious decade.

With this thing around, you almost wonder why Mazda even bothered to push out a diesel CX-5 at all. 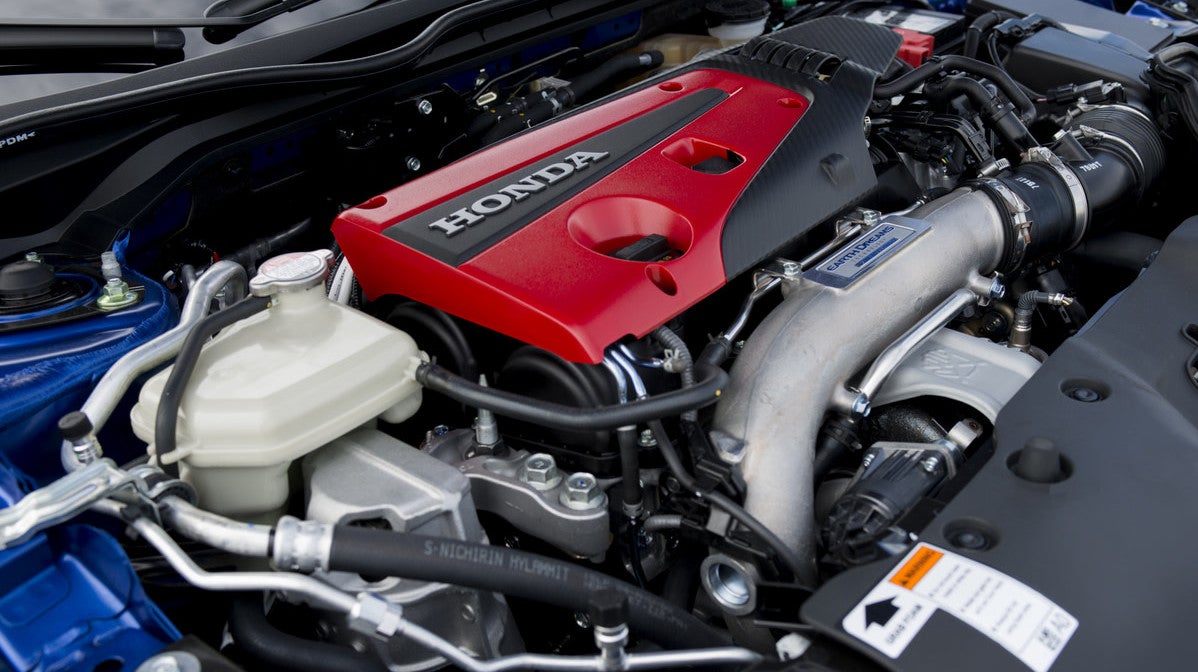 There were also a bunch of small-engined, fun cars we saw this decade (the Alfa Romeo 4C and the Hyundai Veloster N could easily show engines in this list if we wanted), but chief among them is the new Honda Civic Type R. It’s first one we’ve been legally allowed here, brand-new, in the United States.

There’s a 2.0-litre, DOHC, turbocharged, direct-injected, 16-valve i-VTEC engine powering the front-wheel drive sports car, putting out 306 horsepower and 295 lb-ft of torque. All of that is hooked up to a six-speed manual. There’s no doubt this is a magnificent heart of a sports car.

Unlike the naturally aspirated VTEC engines of previous Type Rs, where you had the rev the balls off of them to make power, the new Type R’s turbocharger guarantees more low-end grunt. 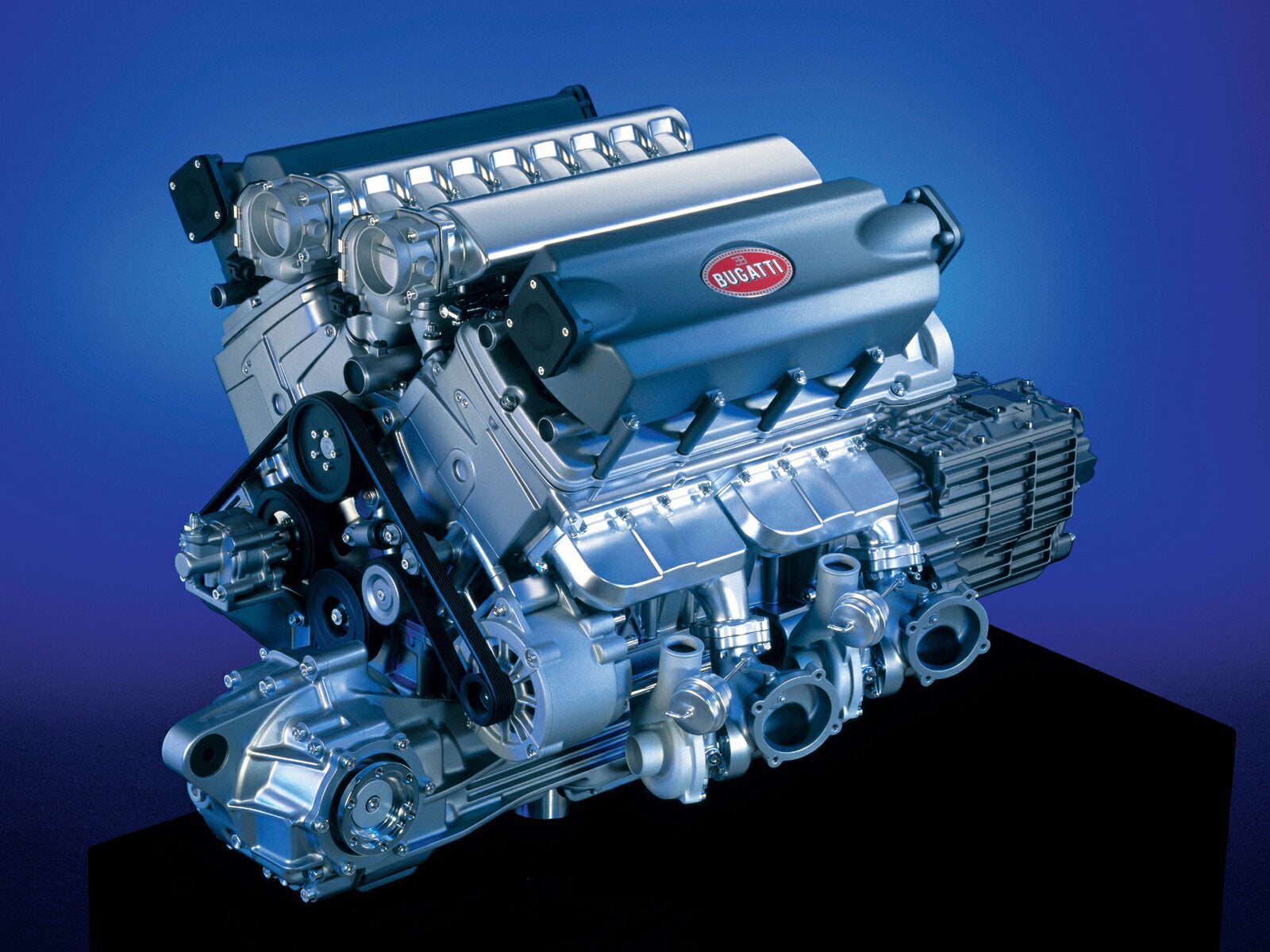 You can’t help but to laugh when you think of the Bugatti Veyron’s engine. Sixteen cylinders, arranged in a W layout. Eight litres. Four camshafts. Four turbochargers. Effectively, it is two VR8 engines stuck together at 90 degrees and capable of putting out anywhere between 1,000 to 1,600 HP.

The Chiron’s engine is basically that. As for what comes after? I don’t know if it’s in Volkswagen’s best public interest to keep it up. But in terms of sheer hyperbole and superlative, the W16 takes the cake. Who would have thought we’d still see a 16-cylinder engine produced to this day? 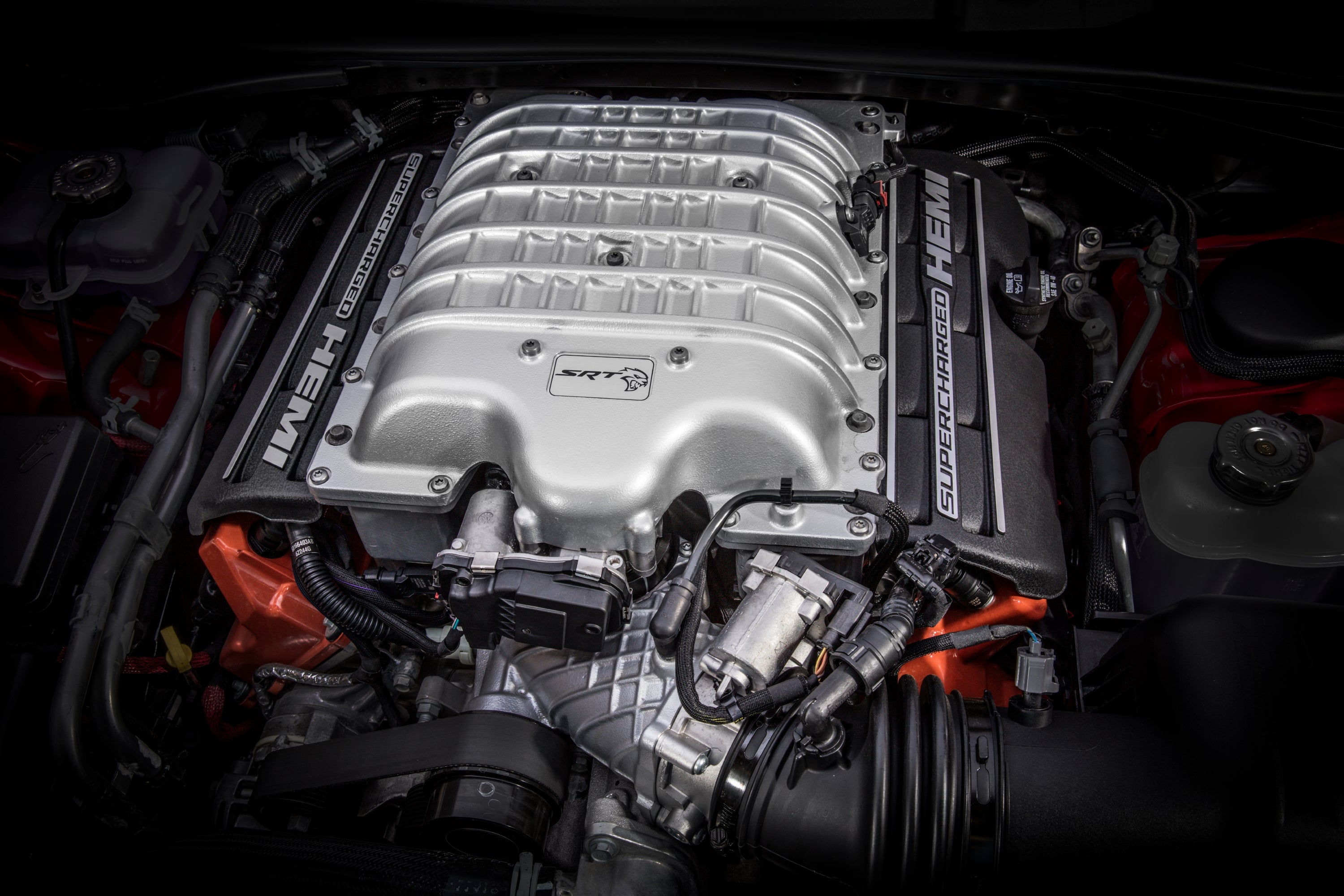 A supercharged variant of the Chrysler Hemi V8, the Hellcat engine is a 6.2-litre V8 that makes a famed 707 HP. Dodge stuffed it into the Charger, Challenger, and Jeep Trackhawk. Other versions of it included the 797-HP Challenger Redeye and the 840-HP Dodge Demon. Does the world need an 840-HP car from the factory? No. Am I glad it exists? Extremely yes!

Seven-hundred HP is too much for anyone to responsibly have, but that doesn’t mean it isn’t fun. In Trackhawk form, it was absolutely hysterical. Powerful like a tsunami and with a characteristic supercharger whine to boot. The Hellcat motor is one of the last supercharged V8s you can buy. Do it for the noise. 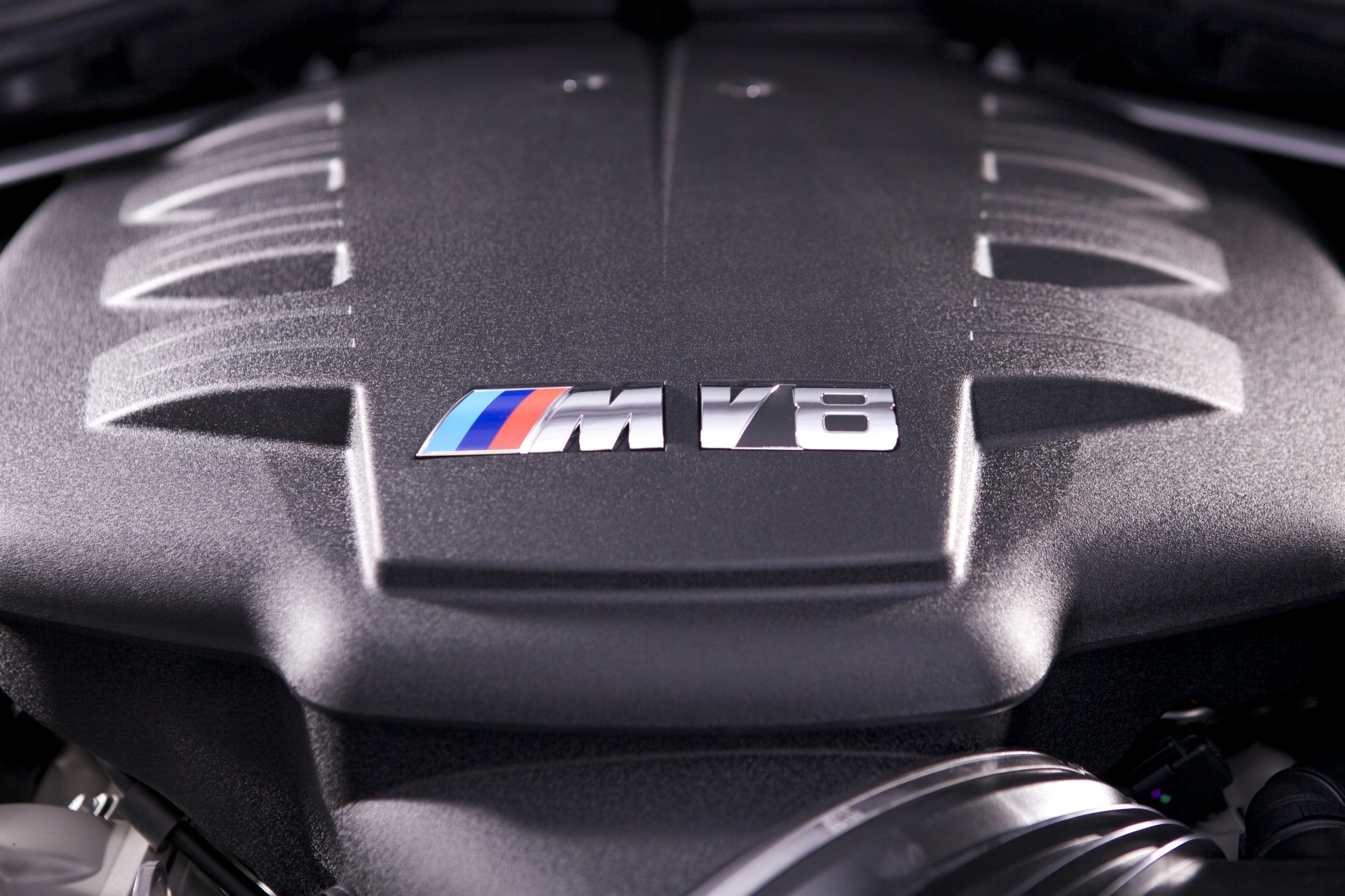 I say this to all my friends at dinner parties, so I’ll also say it for you here: the last good BMW M3 was the E90/E92/E93 M3. The one with the naturally aspirated, high-revving V8. It was controversial because it was a departure from the straight-six, but it was a lovely engine all the same.

The BMW S65 V8 was derived from the S85 V10 from the E60 M5 (which deserves a special shout-out here even though it’s a 2000s engine). It had individual throttle bodies, double-variable valve timing, a compression ratio of 12:1, an 8,400-rpm redline and 414 HP—a most excellent power-per-litre figure. The fact that Mercedes-Benz is still stuffing V12 engines into its cars while it’s downsizing everywhere else (see also: the 4.0-litre V8 AMG models, the straight-sixes and the four-bangers) is a wonder. And it’s a V12 that dates pretty far back.

The end of the M279 is likely near (both the S65 and the SL65 called it quits within the past few years), but Mercedes will probably trot out a new version at some point, since demand appears to be insatiable. In the meantime, Pagani is committing to V12s for the near future and you all should be straight-piping the things. 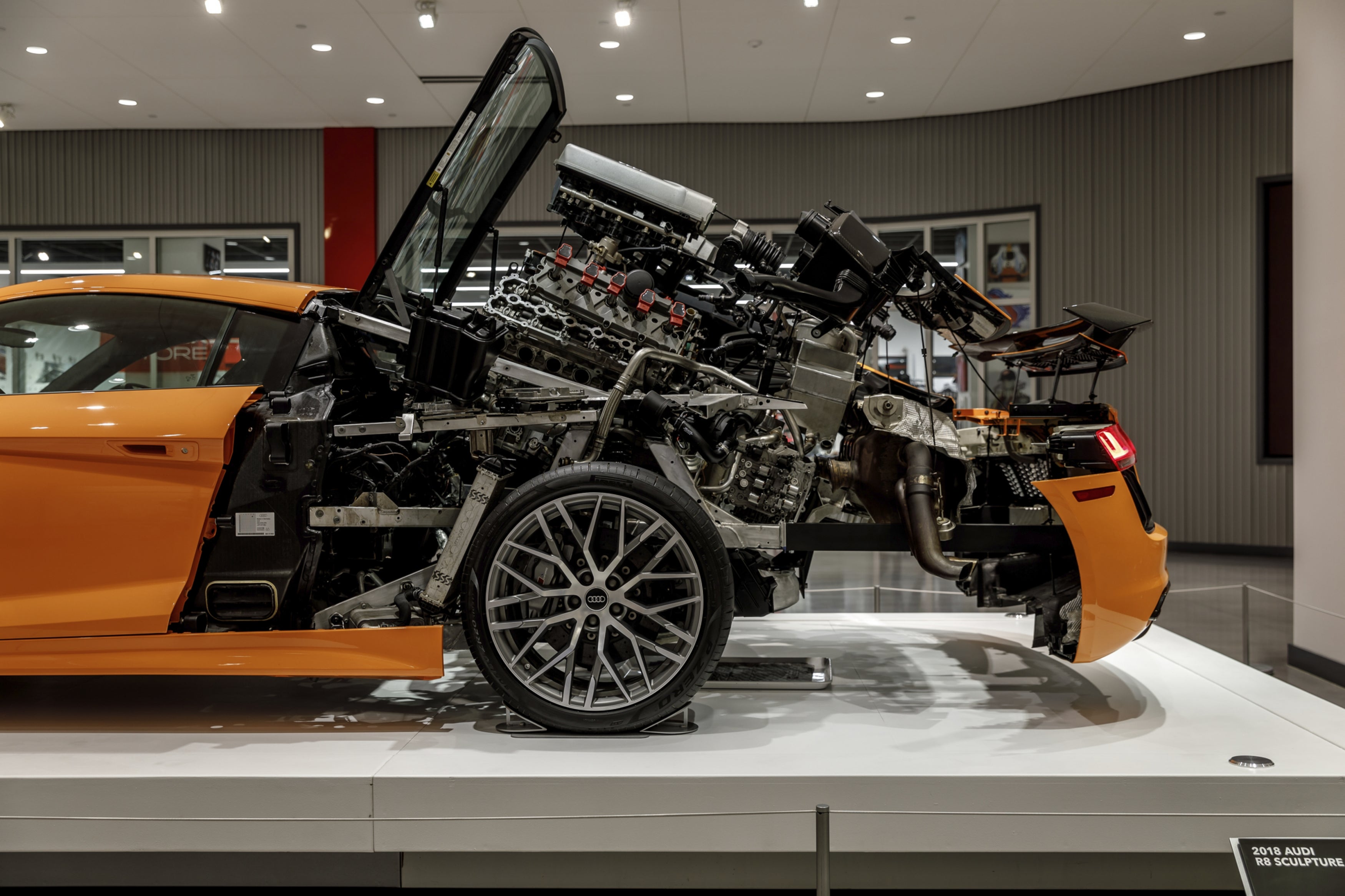 It’s nuts to me that you can still buy a naturally aspirated V10 20 years into the new millennium. Yes, it’s still currently being offered, so the 5.2-litre V10 found in the Audi R8 and Lamborghini Huracán deserves a special mention.

In short, it’s a V10 and a glorious one at that. Sharply tuned and powerful, it sounds incredible from its rightful spot directly behind your right ear. The power delivery is spectacularly linear and also did I mention it’s a V10? 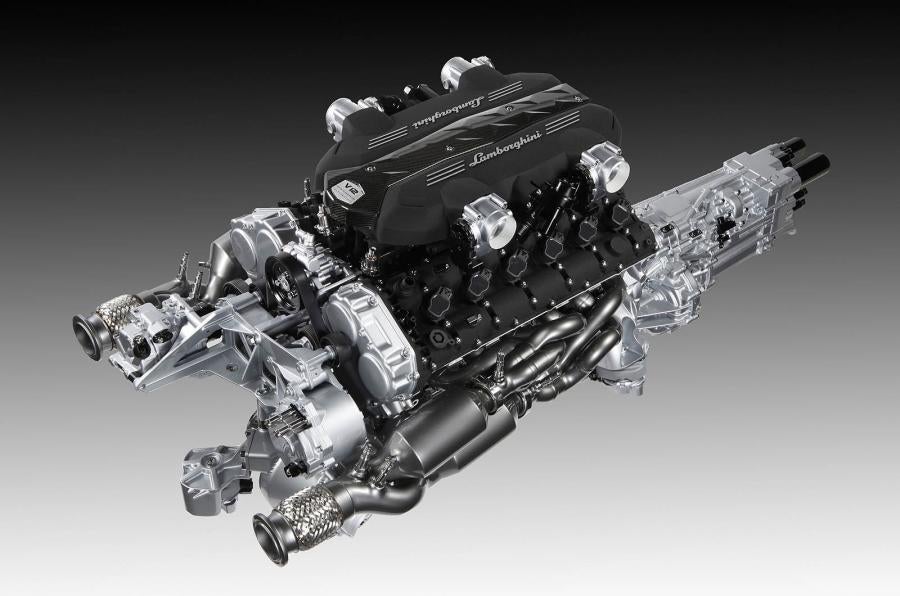 Technically, the V12 in the Murciélago is the one you wanted, since that was the original V12 that dated from the 1960s. The L539 V12 that’s found in the current Aventador, that bestial 6.5-litre and naturally aspirated thing, has Audi fingerprints all over it, but that doesn’t make it any less awesome. Have you ever heard one before? It sounds like the world ending.

All versions of it have 8,000-plus rpm redlines and most recently, Lamborghini smashed it together with some hybrid bits to create the 819-HP Sián. 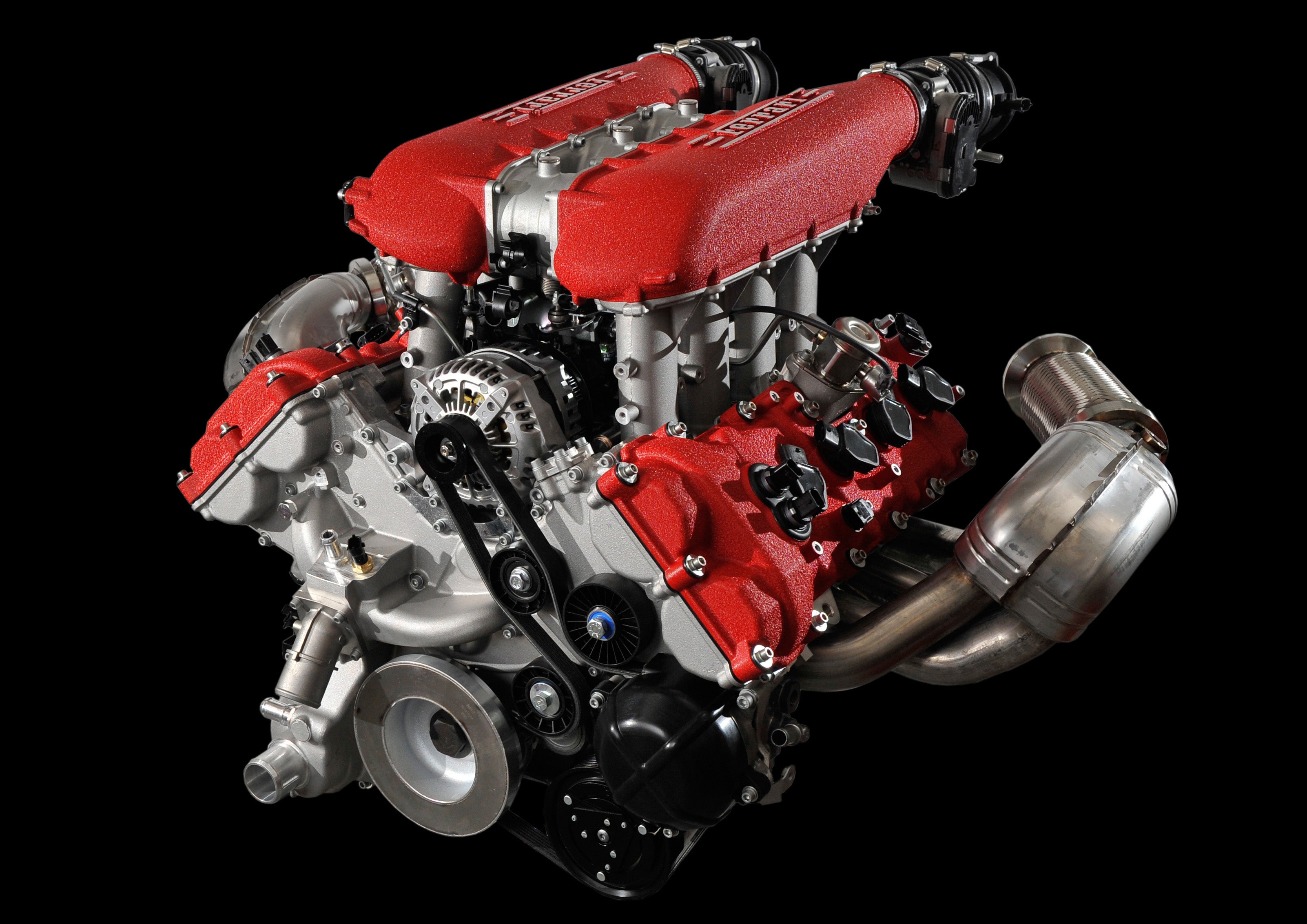 Following the Ferrari F430 was the 458 Italia, the first mid-ship Ferrari to wear the brand’s current, pointy corporate face. This was before Ferrari went with a turbocharged V8 unit in the 488 GTB. The 458’s engine was a 4.5-litre, naturally aspirated V8, internally named the F136 F that produced 562 HP. It was a direct-injected, dry-sump unit with a screaming, 9,000-rpm redline.

The fact that it was also a Mezger engine, one of the last, made it all the more valuable to some. It was old school and high-tech at the same time, and it came in a car that Porsche only made 600 examples of. 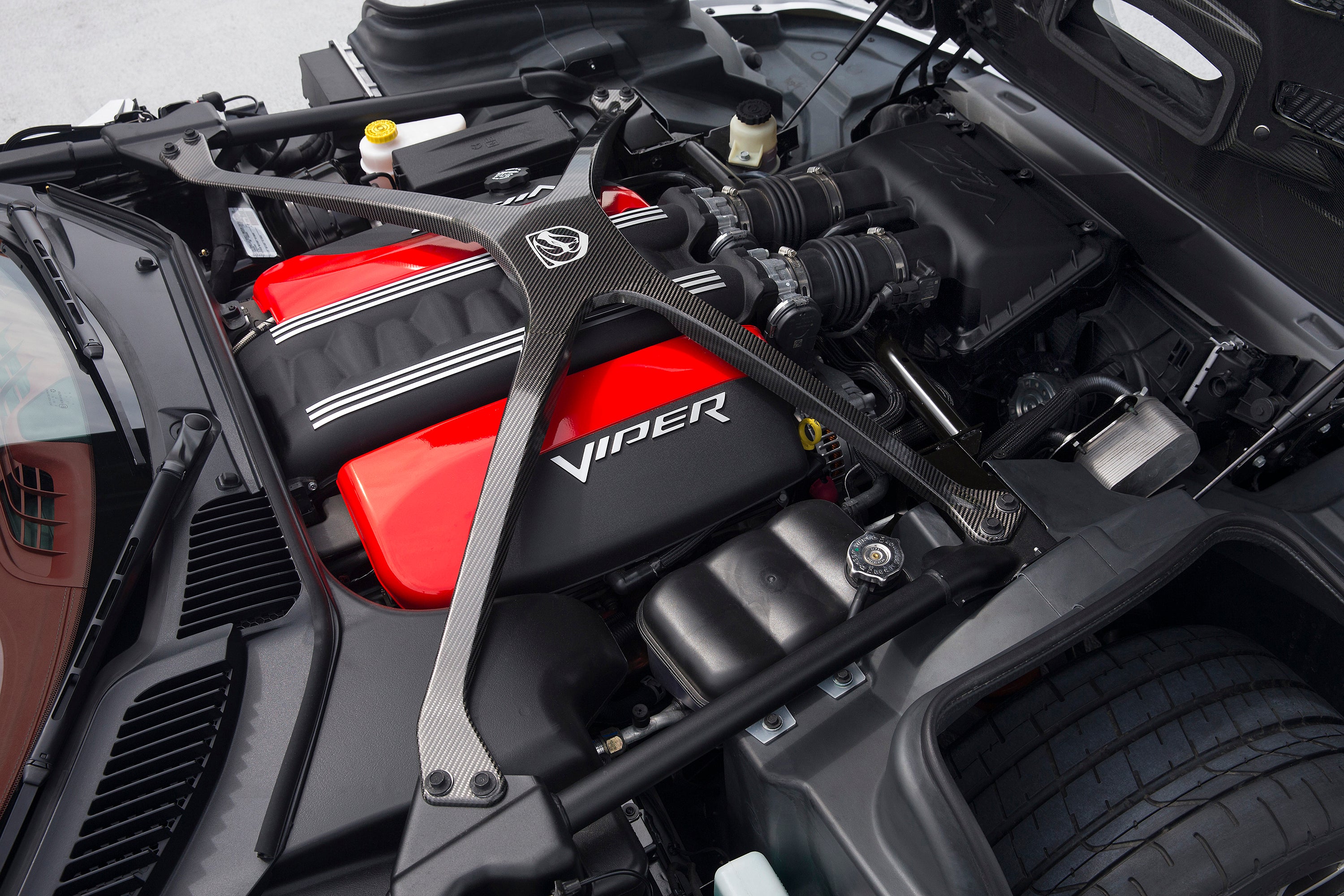 Did you honestly think you’d get away with a best engines list from me and not see a Dodge Viper entry on it? Come on.

The SRT Viper ceased production in 2017, but it was still sold with the naturally aspirated, 8.4-litre V10 all the way up until then. I still haven’t had the good fortune of driving a Viper, any Viper, yet. But Mike Spinelli did, so I’ll just include a snippet of his impressions here:

The profound outcry, the time-bending thrust, the animalistic roar of the 640hp/600lb-ft V10 greedily drawing air into its massive lungs – all comprising a cartoonish parody of a normal sports car’s acceleration – the isometric-workout grip limit; quick, feelsome steering; precise handling, lap after lap, corner after teeth-clenching corner. The taut, raging, reverberating, twisted madness of it.

Do you have a Viper? Will you let me drive it, please? As much as I love the Ferrari 458’s naturally aspirated unit, there’s also much to be said of the twin-turbo, 3.8-litre V8 found in most modern McLarens.

Fun fact! All modern McLarens can trace their engines to the long-forgotten Nissan VRH35L race engine from 20 years ago. Raphael Orlove wrote a very lovely feature about it, which you can read here.

So, no, none of the naturally aspirated, 6.2-litre V8s from Mercedes ever found their way into cars with a 62 moniker that indicated the correct displacement. Mercedes called them all 63s, which is totally fine and logical! I’m not mad about it at all! Anyway!

The M156, as it was named, was introduced in the CLK63 AMG in 2007 and included applications in the S63, E63, SL63, CLS63, C63, CL63 and the C63 Black Series. A version of it, the M159 was also used in the very cool Mercedes-Benz SLS AMG, another good car of the 2010s. The engines followed AMG’s “one man, one engine” philosophy, where each new AMG engine was hand-assembled, one at a time, by a single Mercedes-AMG technician.

The M156 itself was snarly and more American hotrod muscle than it had any right to be. Nothing about it was particularly light, but it was brutal and fearsome and guttural in its snarl. It was good. 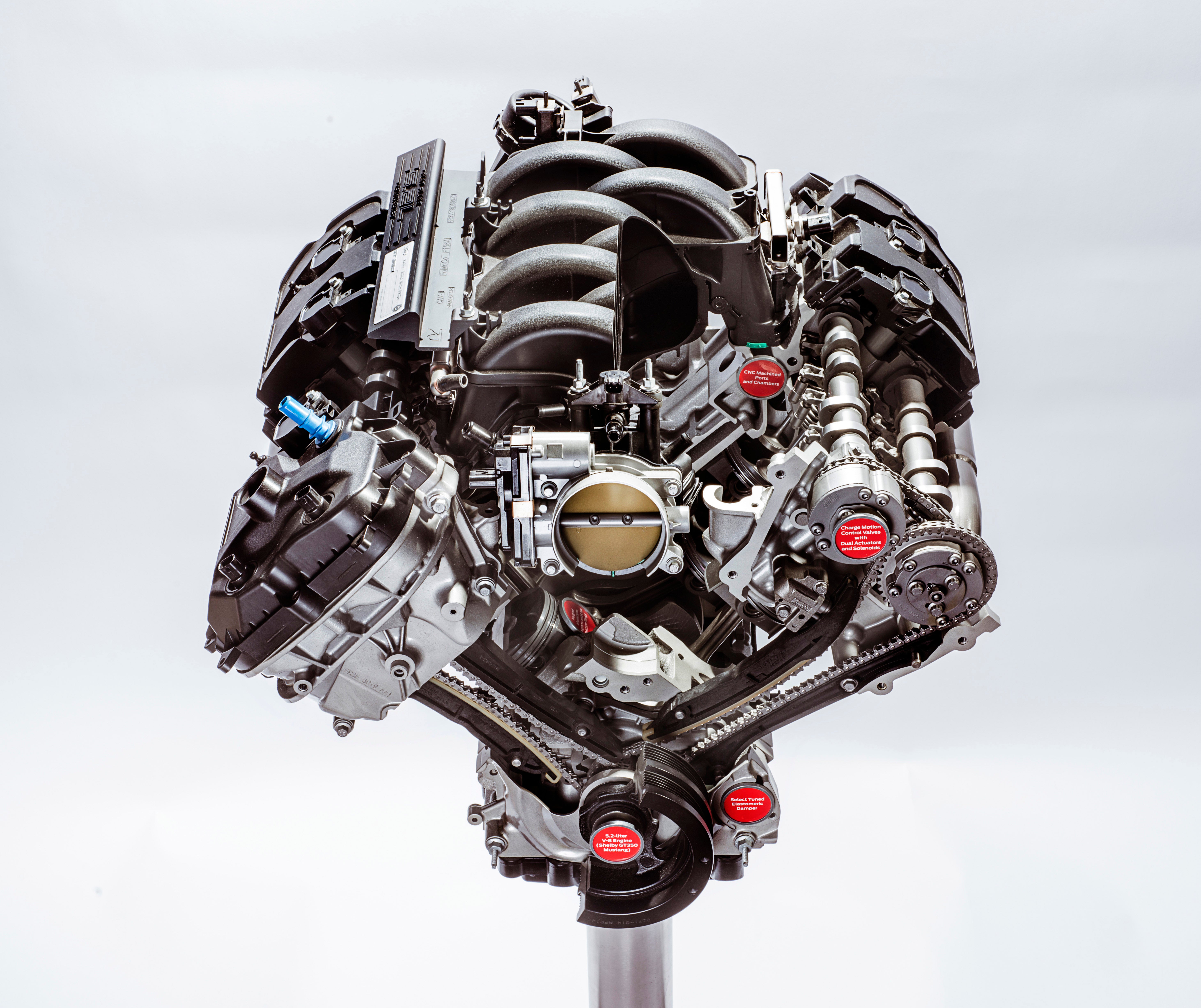 As you already know, I’m a fan of the Ford Mustang Shelby GT350. But what really makes that car is the Voodoo engine that sits in its nose.

In fact, the Shelby is the only flat-plane V8 you can get this side of the Ferraris and McLarens. 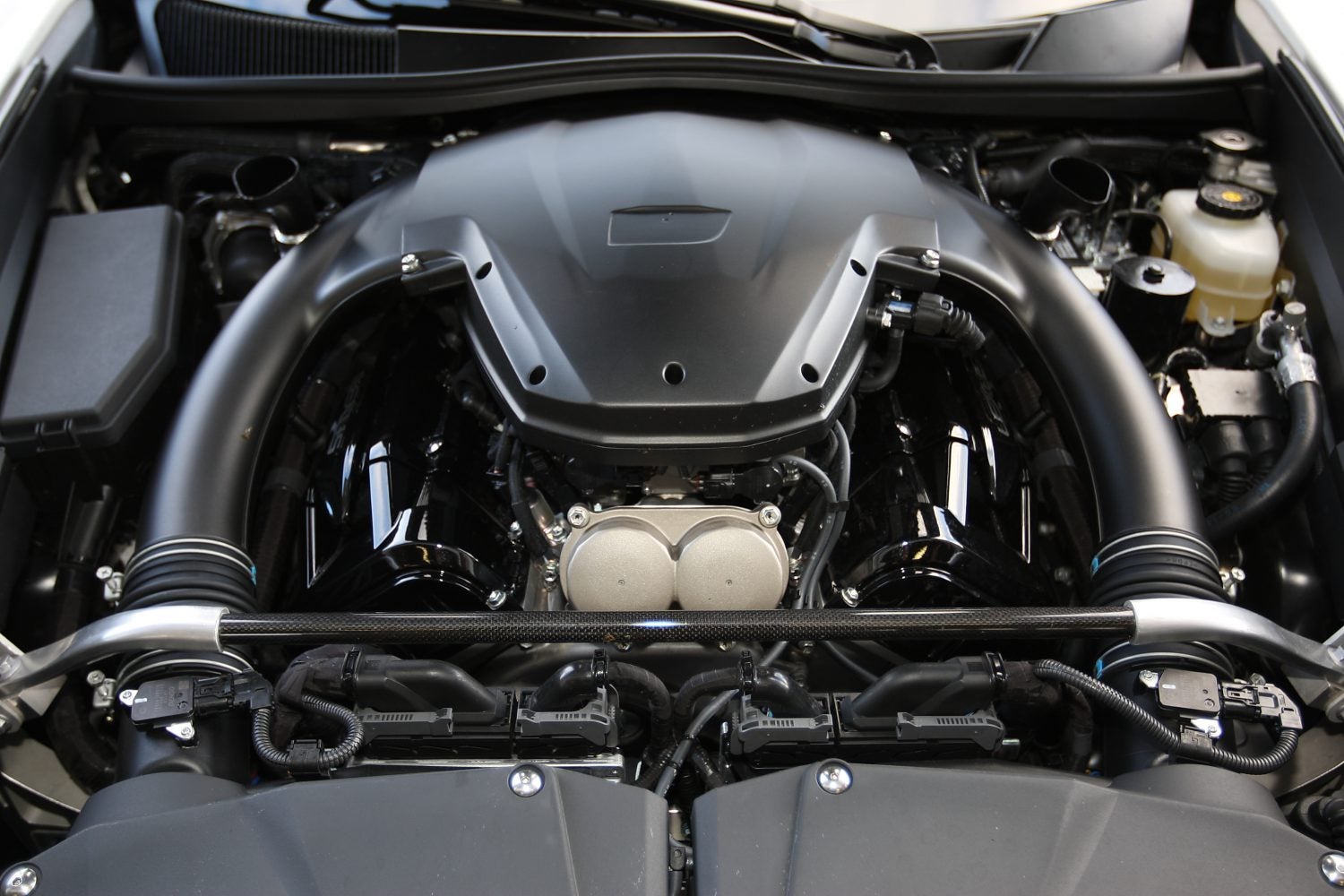 Finishing off this list is perhaps the most glorious engine to come out of the 2010s: the naturally aspirated V10 in the Lexus LFA. Forty years from now, if you were to ask me to name one of the all time greats, I’d still probably say this engine.

The 1LR-GUE, as it was known internally, was a 4.8-litre, four-valve-per-cylinder wonder that was constructed from titanium, aluminium and magnesium alloy. It had a dry-sump system, titanium valves, lightweight rocker arms with a “diamond-like coating” and a 9,000-rpm redline.

On top of that, Yamaha’s music division was hired to tune the exhaust. “Only physical acoustic methods were utilised to give the driver a direct sensation of this engine’s characteristics,” Yamaha’s 2009 press release reported. “There is no electrical or electronic sound processing. As a result, sounds that reach the driver are clear, dynamic, and smooth.”

I’ll never forget that one Lexus LFA ad, either, where the car was hooked up to a speaker and shattered a champagne flute. It was so corny, but the car just sounded so good.

Lexus only made 500 LFAs but apparently didn’t sell them all—probably because they were so prohibitively expensive.