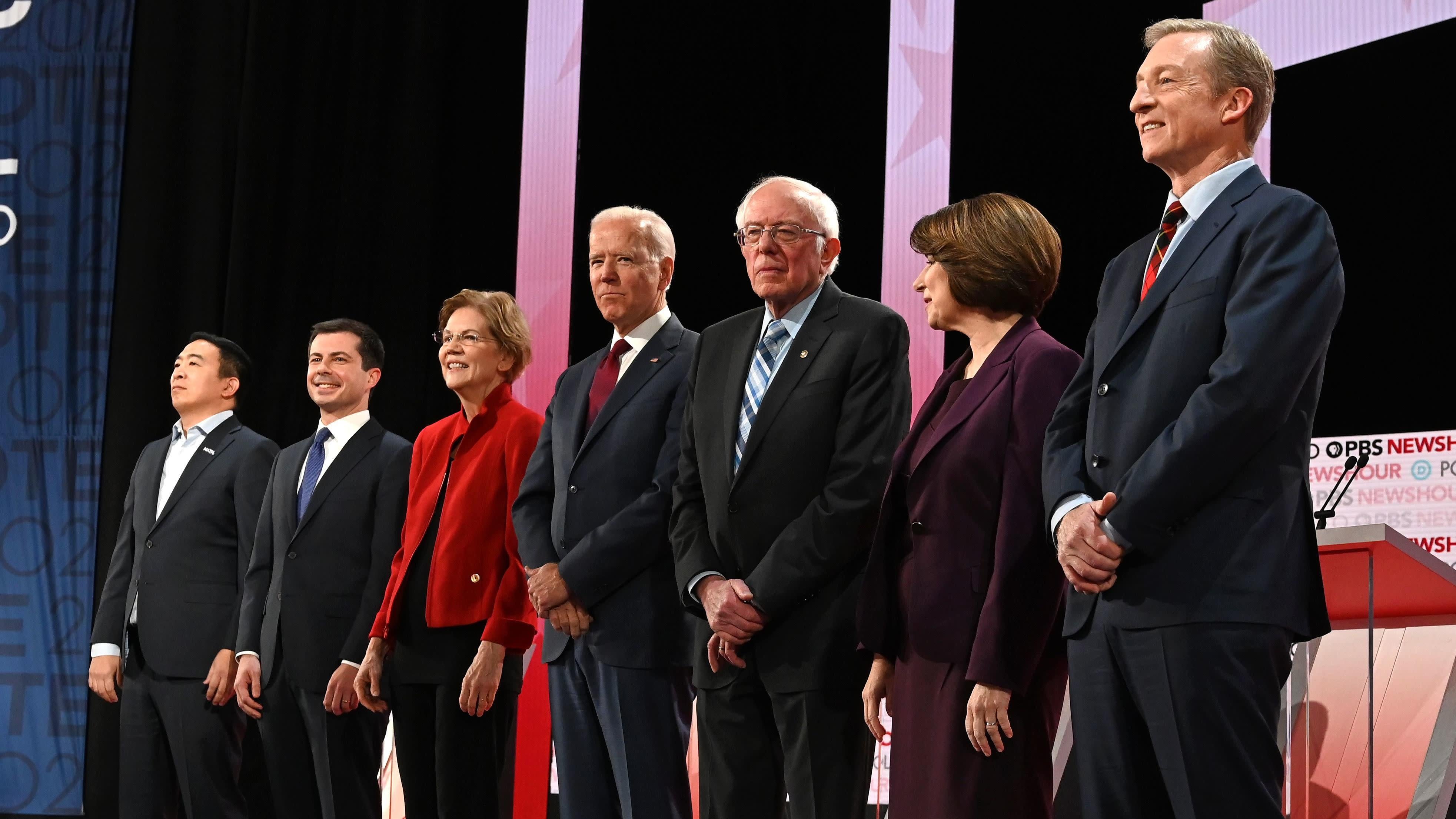 Since the start of 2020, three Democratic presidential hopefuls have dropped out of the presidential race, including New Jersey Senator Cory Booker, former Secretary of Housing and Urban Development Julián Castro, and author Marianne Williamson—making the current lineup of candidates smaller than ever. Accordingly, just six Democratic candidates will appear on stage tonight in Des Moines, Iowa for the seventh debate of the race so far, co-hosted by CNN and the Des Moines Register.

The candidates slated to appear include Joe Biden, Pete Buttigieg, Amy Klobuchar, Bernie Sanders, Tom Steyer, and Elizabeth Warren. Meanwhile, candidates like Michael Bloomberg and Andrew Yang failed to meet the debate’s qualifying criteria to participate. Likely to be addressed tonight will be the rising tensions between the U.S. and Iran and the recent back-and-forth between Bernie Sanders and Elizabeth Warren.

In case you want to catch all of the action, CNN will air the two-hour debate live, starting at 9pm ET tonight; you can also listen in or watch by downloading CNN’s app. Both CNN and the Des Moines Register will also stream the debates on their respective websites. And if you want a quick refresher, here’s a recap of the best and very worst lines from the last round of debates.