How To Use Emoji Reactions In Your Twitter Messages 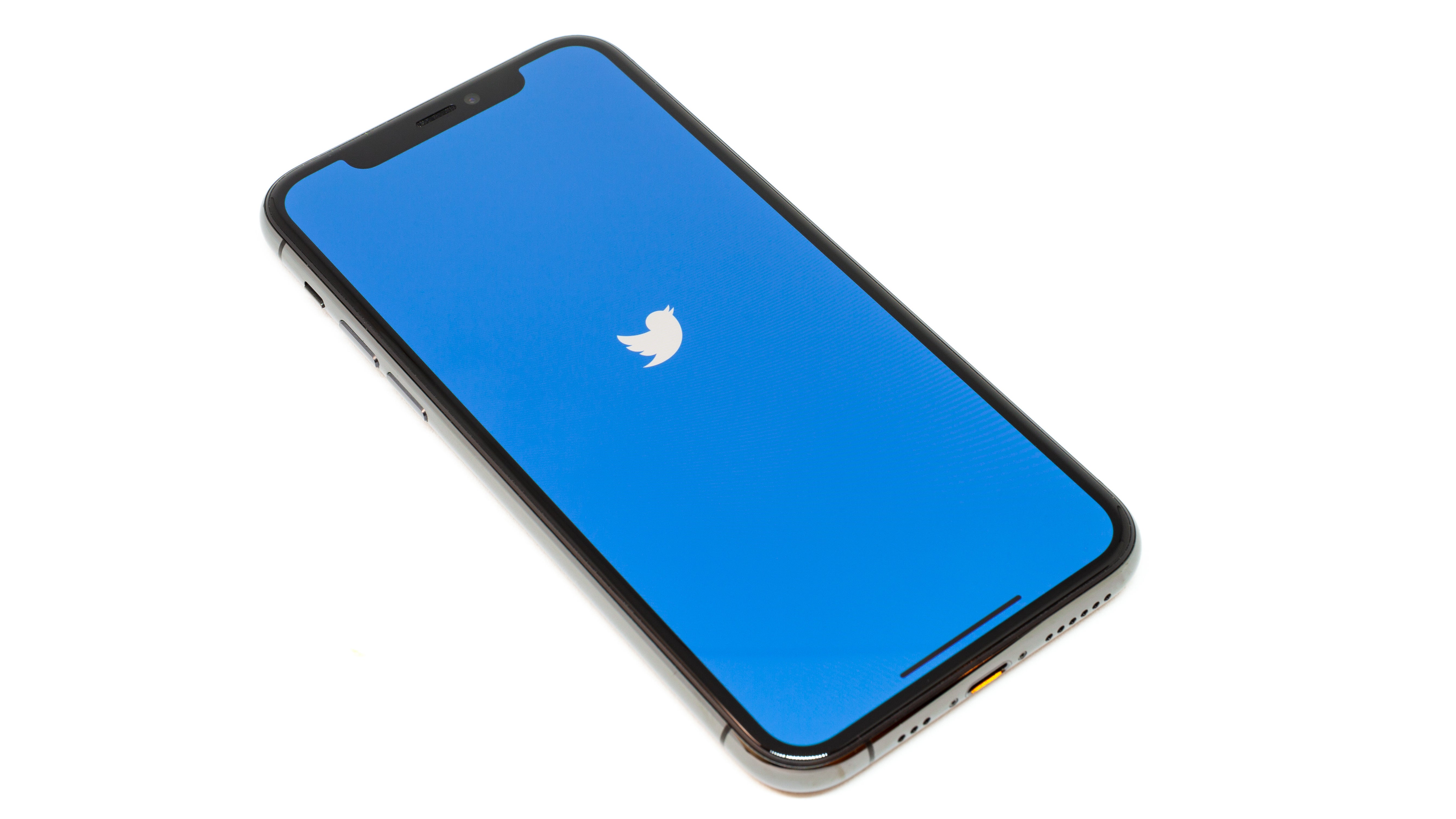 Text-message reactions—a practice iPhone and iPad owners should be familiar with, where you long-press a message to append a little heart or thumbs up/thumbs down to something—are simple ways to convey a reaction without having to come up with something interesting to say. I find they save a ton of time on my iPhone, and I’m excited to see that they’re now rolling out to the great social smorgasboard that is Twitter, too.

Yes, you can now send a quick emoji-like reaction to everyone’s pithy comments on Twitter, but only if they’ve hit you up via direct message. Unfortunately, you can’t react to any tweets on the service—only messages—but this feature should work on any platform you use for Twitter, whether that’s Android, iOS, or the web.

To get started, pull up a direct message conversation, hover your mouse over any comment in the thread, and click on the new icon that looks like a heart with a plus on it. (If you’re on mobile, double-tap the message instead.)

When you do, you’ll see a pop-up that looks like this: 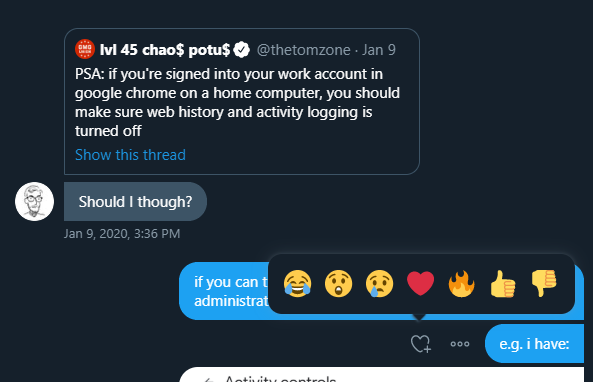 Pick your desired emoji and let ‘er rip, which adds a little counter of-sorts to the message: 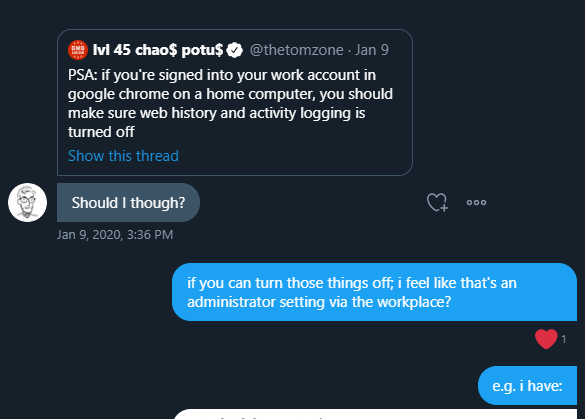 Will Twitter ever roll this functionality out to your main Twitter timeline? I wouldn’t hold my breath, especially since they seem keen on downplaying likes and retweets entirely. Just imagine the scandal if the new “ratioing” is dropping all kinds of thumbs-downs (or flames) to a person’s inane posts.

In all seriousness, I think Twitter is likely to stick with simple, positive likes in your main Twitter timeline for now, but at least you can express yourself slightly more when someone slides into your DMs. If someone is using a version of Twitter that’s way too old for them to see these reactions, they’ll get “reactions displayed as text-based messages” instead, Twitter notes. (They, too, will then know the horror of being an Android user trapped inside a group chat with Apple fans.)