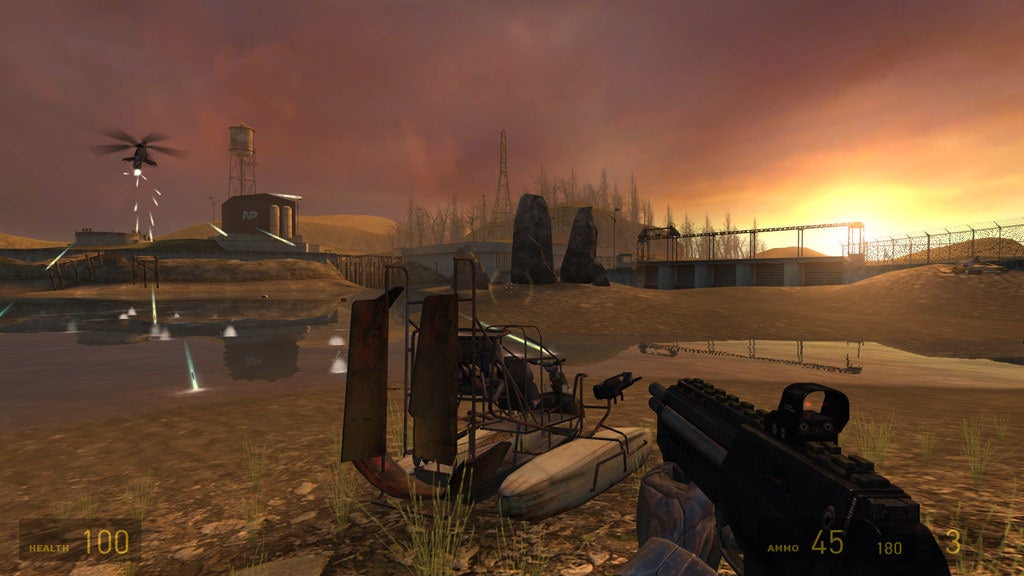 When is Half-Life 3 coming out? Perhaps never; who knows. But in the meantime, Valve is giving you a rare opportunity to play both the full versions of Half-Life and Half-Life 2 completely free, with one critical, time-limiting catch.

Valve’s promotion, now live, coincides with the upcoming release of Half-Life Alyx—not the much-anticipated, first-person shooter Half-Life 3, mind you, but a virtual-reality adventure game set in the Half-Life universe. Until it drops at some point in March, Valve is letting everyone catch up on all things Half-Life by granting free access to Half-Life and Half-Life 2.

To get started, pull up Steam’s pages for Half-Life and Half-Life 2. There, you should see a little box that cajoles you to play the games for free for the next two months. Click it to activate and install the titles:

Technically, almost all of the games in Valve’s Half-Life world are getting the same, two-month promotion (including Team Fortress Classic). So, if you want to binge more, click through the titles within its Half-Life Complete listing and select the same “Play Game” option for those you’re most interested in. Oddly, Half-Life 2: Deathmatch is not participating in the promotion, but I doubt you’ll find many people playing that, anyway.

As for Half-Life Alyx, there’s no way to play that for free—the game isn’t out yet, after all. You can get a free copy of the $US60 ($88) title if you purchase a Valve Index virtual-reality headset (for a mere $US999 ($1,461)), and pre-ordering the game right now will save you 10 per cent, but these are the only two deals available at the moment.

Editor’s Note: This deal is not offered in Australia.