Why Your Phone Connection Is Slow On The Airport Tarmac 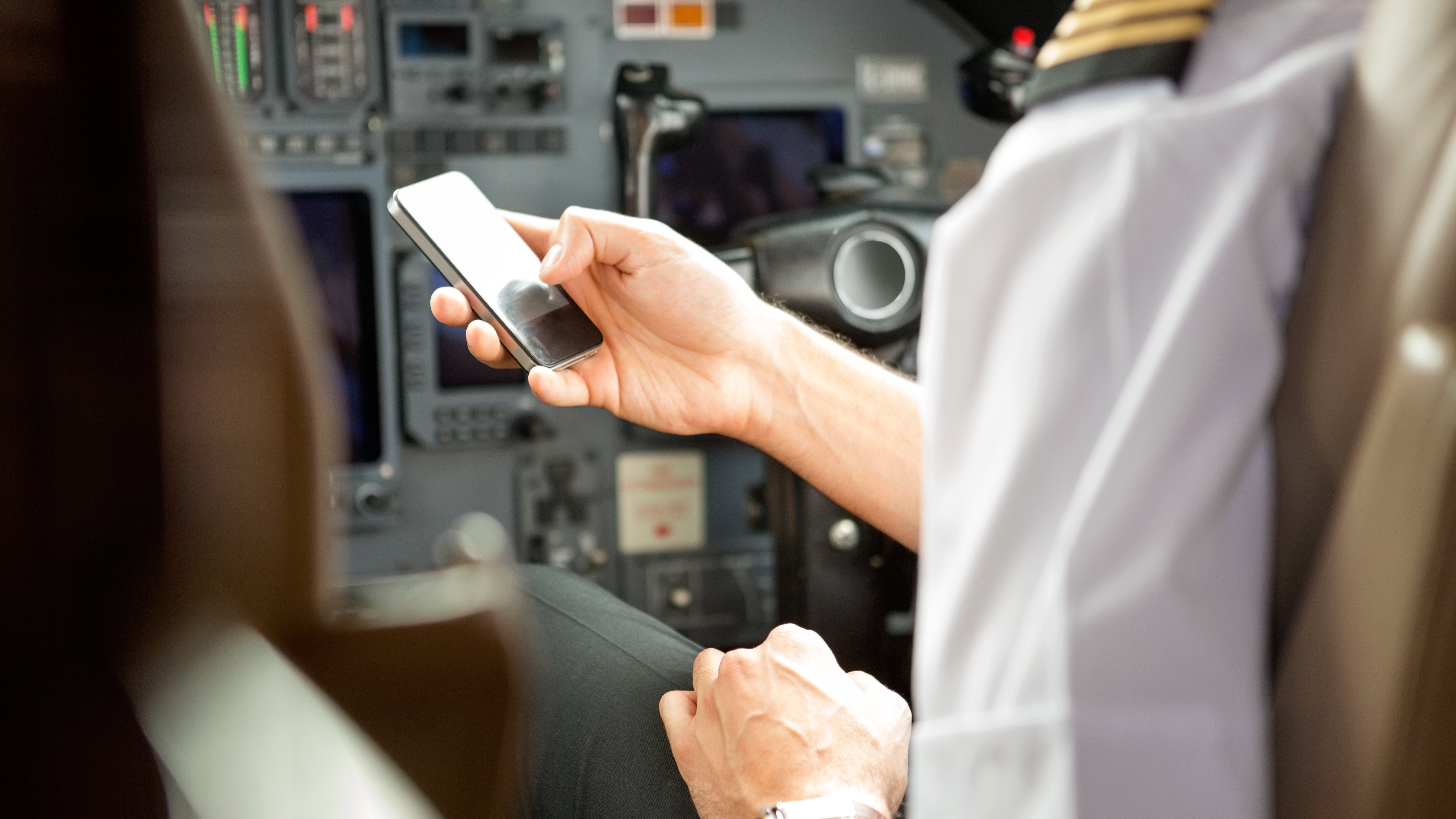 If you’ve ever boarded a flight only to find your phone connection suddenly drop just while you’re trying to send a pre-flight text, you’re not alone. It’s a problem that plagues most passengers right before their departure or soon after landing, just when they most need a lifeline to the outside world. “Everyone seems to look at their phone immediately after landing and I can’t figure out if they’re happily online or they keep trying to refresh like me,” one traveller wrote on Twitter of his flying experience.

My longstanding theory has been that while you’re inside a plane, it’s harder to get access to a stable connection; you’re sealed in a metal box, after all. And as it turns out, this theory does hold some weight.

This week, in a report by writer and Loyola University of New Orleans professor Christopher Schaberg for the Atlantic, Schaberg spoke to three commercial pilots who fly for major airlines like British Airways and Delta about the reasons behind your slow phone connection while on the tarmac. (Apparently, the connection doesn’t hold up for pilots in the cockpit, either.)

According to these pilots, the way airports are designed is the reason why you can’t send a text message so easily. While cellular antennae generally cover large distances, chances are they don’t provide enough coverage to span the entire distance of an airport, including the tarmac.

As a result, and to provide sufficient coverage at its terminals at the very least, airports often use what are referred to as distributed antenna systems that work best indoors. In other words, you are smack dab in the middle of terminal antennae that only really work while in the terminal and those antennae that don’t quite reach the tarmac—and a crappy connection is the result.

Add to this the problems of your phone continually seeking an antenna to connect to and certain aircraft that impede your connection by their design (787s, in particular, because of material incorporated for their structural integrity), and you’ll find your inbox struggling to refresh.

Is there anything you can do to fix this problem? Well, not really. But we do have a couple of suggestions that might make the experience of waiting on a tarmac a little less painful, particularly if your flight’s delayed and you’re stranded onboard. For one, stock up on your Netflix downloads well before you head to the airport.

If you’re headed to an unfamiliar destination, here’s how to save Google Map areas for offline use, so you can plan out your travel ahead of time. You might also use these saved maps to create or update an offline spreadsheet with your itinerary.

And in case you’ve finally made it back to the airport, and the connection still leaves a lot to be desired, this is how to get the absolute best Wi-Fi connection at any airport.