Use Incognito Mode To Hide Where You Go In Google Maps

There are many reasons why you might want to track some of the locations you visit in Google Maps, but maybe not all of them. You might not want your friends and loved ones (with access to your phone or account) to know you hit up the local dispensary. Perhaps you’re planning a surprise party for someone and need to visit the venue a few times to prepare. You could also be paranoid about location-tracking; that’s fine, too.

Incognito mode, like what you’d find in your Chrome browser, allows you to turn off the app’s location-tracking feature (temporarily). While you can also turn this off for good, if you want, I find Incognito mode to be a happy compromise. I like knowing where I’ve been, but maybe Google doesn’t need to know everywhere I’ve been.

To get started using Incognito mode, make sure you’re running the latest version of Google Maps. The feature has been out for the Android version of the app for some time, and just started rolling out to iOS users today.

Pull up Google Maps and look for your photo in the upper-right corner. Tap it. 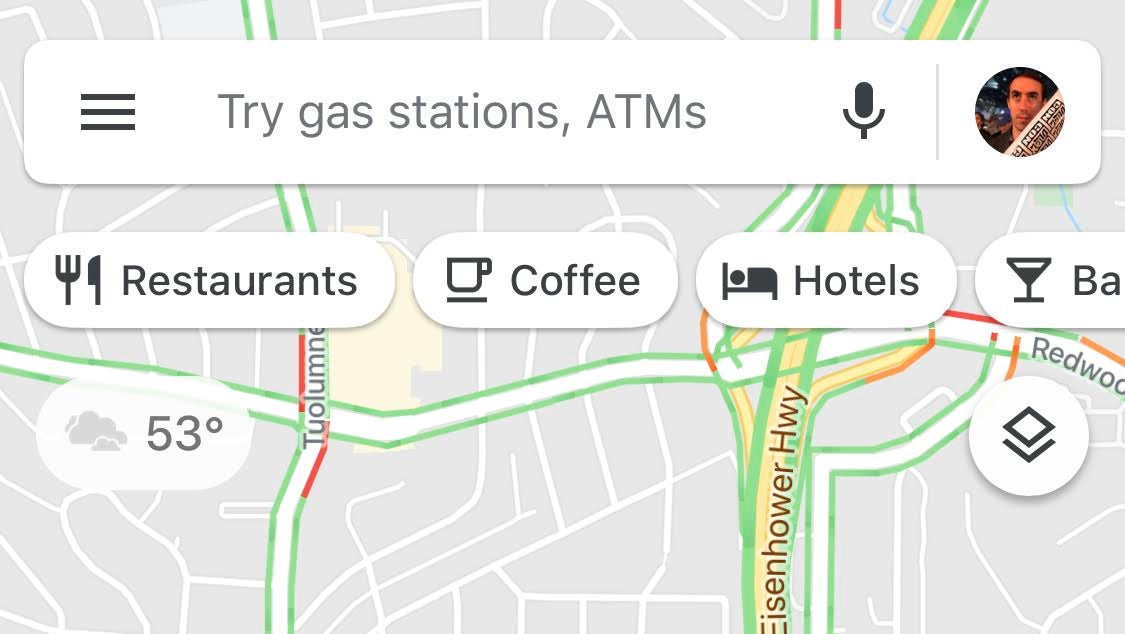 Once you’ve done that, you should see the option to “Turn on Incognito mode” Tap it. 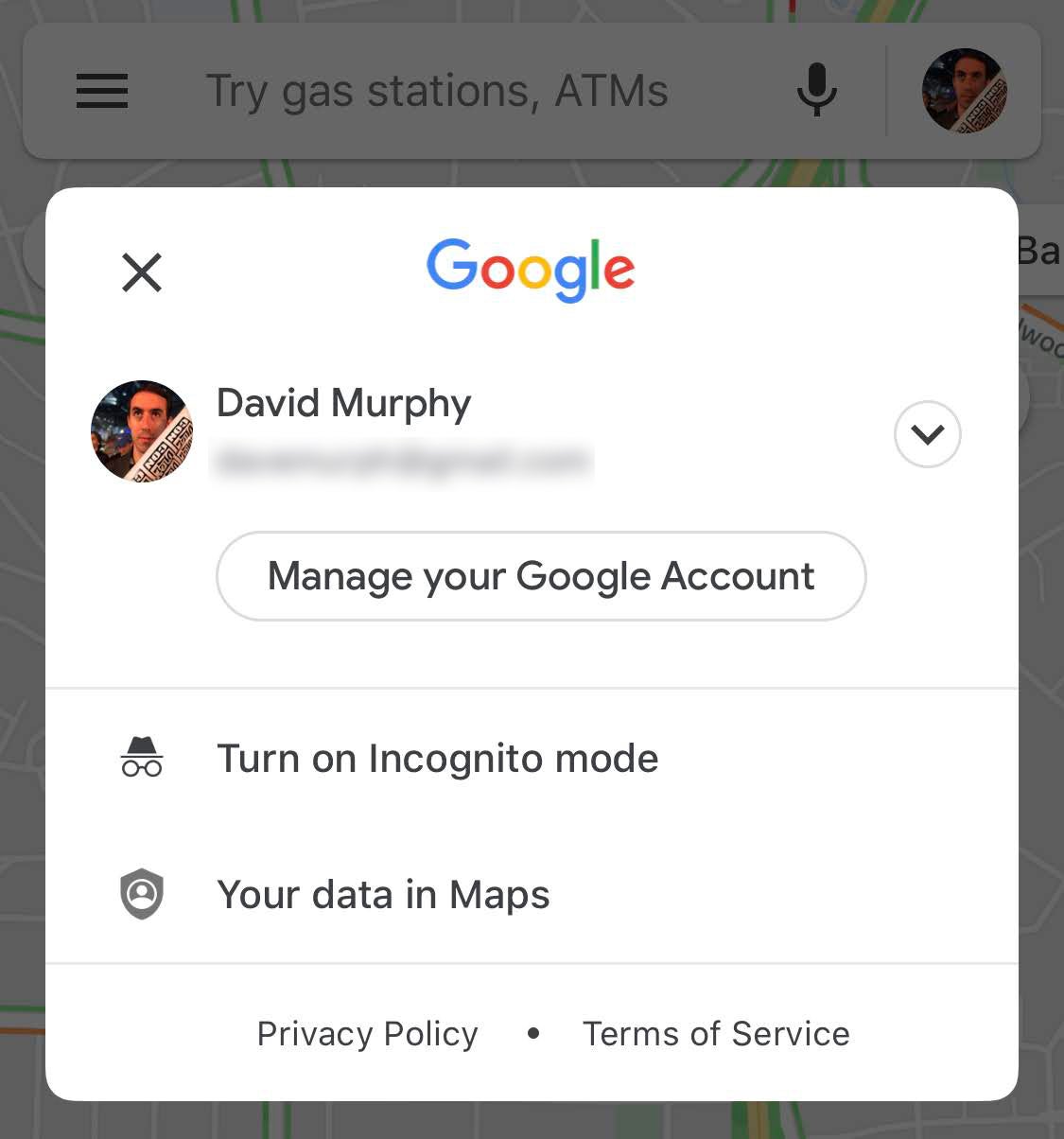 You’ll now see a little box at the bottom of your screen that tells you what Incognito mode is all about. It’s worth a quick read. 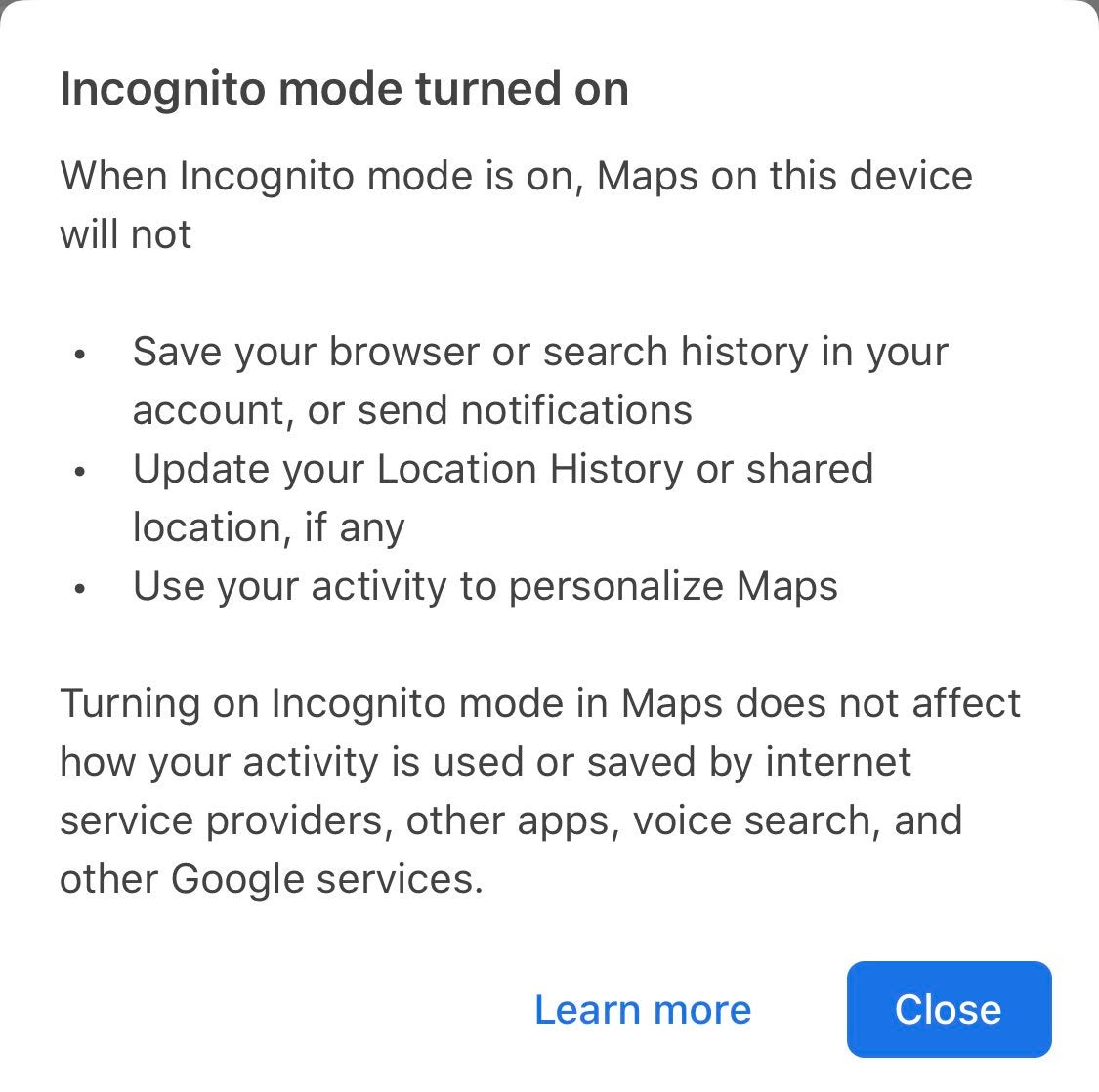 And to make it easy to see that you’re using Incognito Mode, look for your photo again. It’s been replaced by a fun little detective hat and glasses, since you’re all mysterious and disguised (to Google Maps, at least). Your Google Maps will also indicate that you’re running Incognito mode at the top of the app. 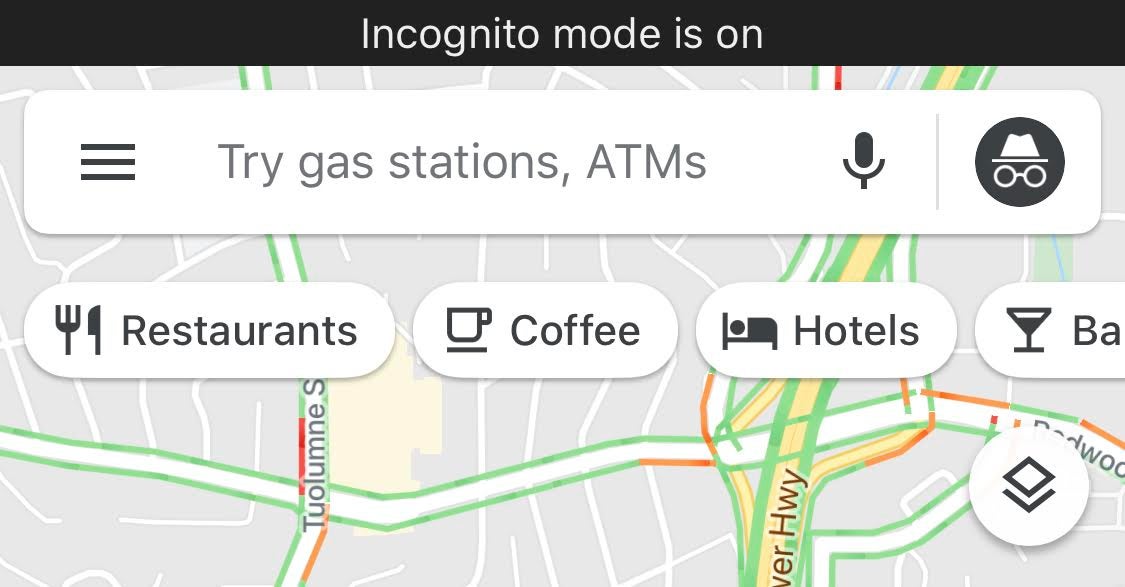