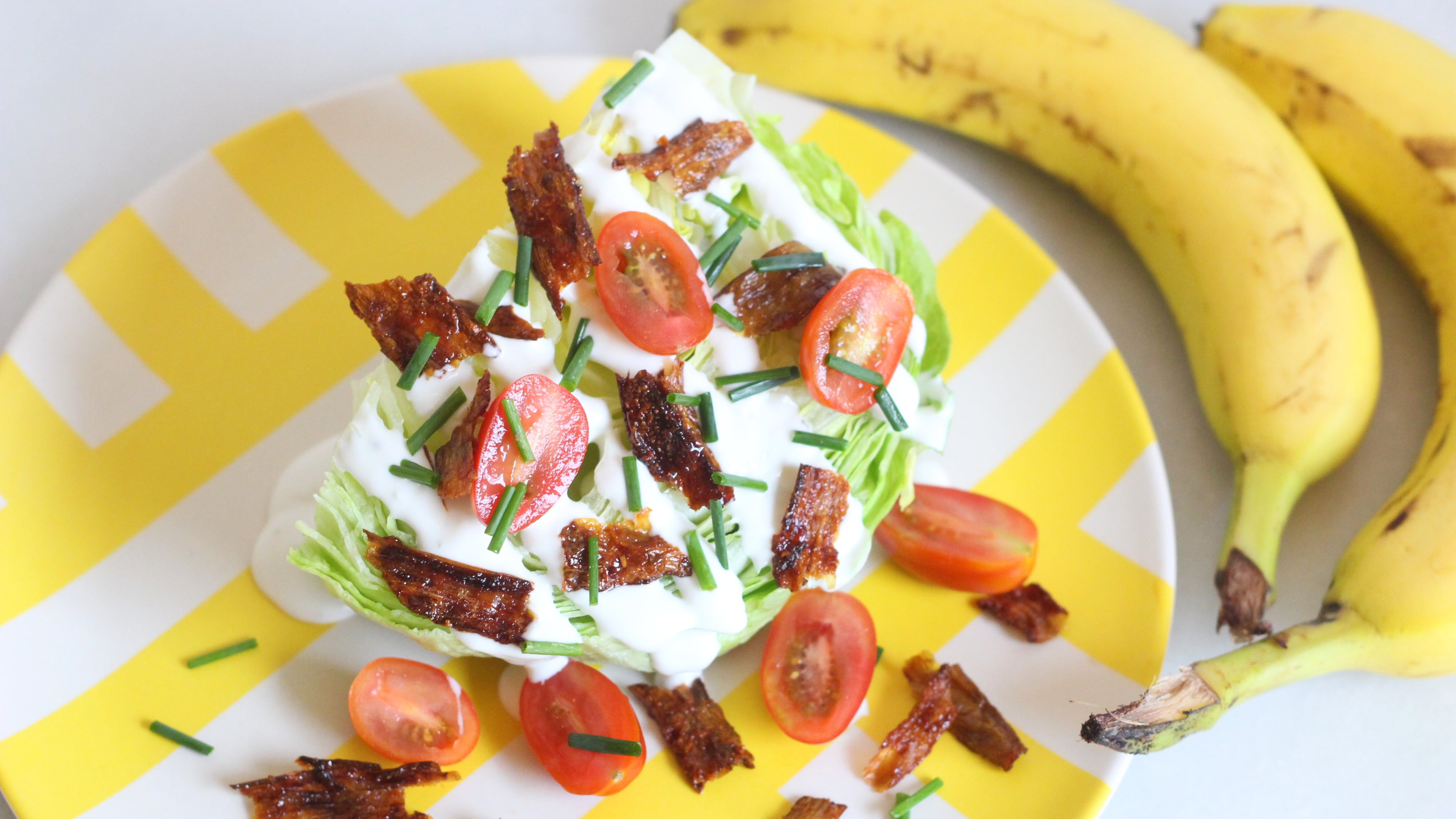 Throughout my efforts to turn scraps into treats I have encountered some challenges, but none have been as challenging as the dreaded banana peel. Though the fruit portion of the banana is delicious, its natural wrapper is just plain unap-peeling. 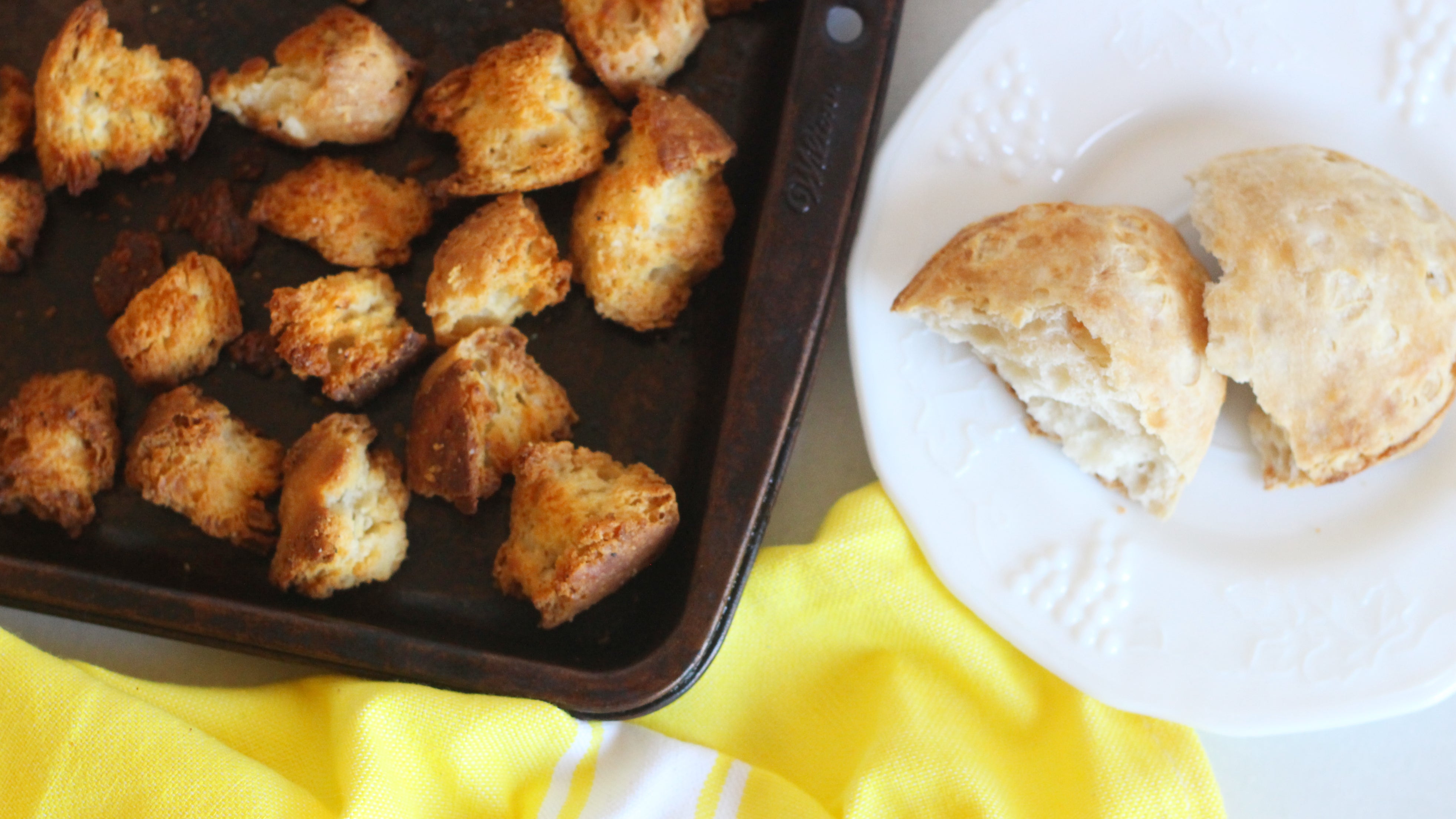 Yesterday morning, I decided to bake the remaining scones I had purchased for this article about red-eye gravy. My boyfriend was hanging out and, since he is a dude who works in construction, I assumed he would eat at least two of the four. I baked them and offered him one — with ham — only to be told he 'doesn’t like scones'.

Chewing on a raw banana peel is an extremely unpleasant experience. They’re bitter, rubbery and leave a weird coating on your tongue.

At first, I thought taking on such a project was a major mistake on my part, but we — and by “we” I mean anyone who has read this three year-old article of mine — have known for a while that, unless you have a latex allergy, banana peels are edible, and are in fact somewhat common in thorans and curries.

What I didn’t know, however, is that they could be rendered into something I would eat with glee.

As I mentioned above, the peel possesses no charms of its own, so this scrap needs a lot of gussying up. My first impulse (which I indulged) was to fry the peel in bacon grease, simply because most things are made 100 per cent better when fried in bacon grease. The frying did improve the texture — they were crispy with a slight chew — but the bitterness remained.

The answer, obviously, was to combat the bitterness with other flavours, namely sugar, salt and umami.

Taking a cue from Pok Pok’s fish sauce wings, I coated the fried peel bits in a mixture of sugar and fish sauce (equal parts by volume), then returned the peel to the pan to let the sauce reduce and caramelise. The result was a pile of chewy little crunchy bits that reminded me of candied bacon, and I was pretty pleased with myself.

But if you’re going to go through all the trouble to make a batch of fake-un (fake bacon, obviously), you might as well make it vegan so trash eaters of all culinary philosophies can enjoy. 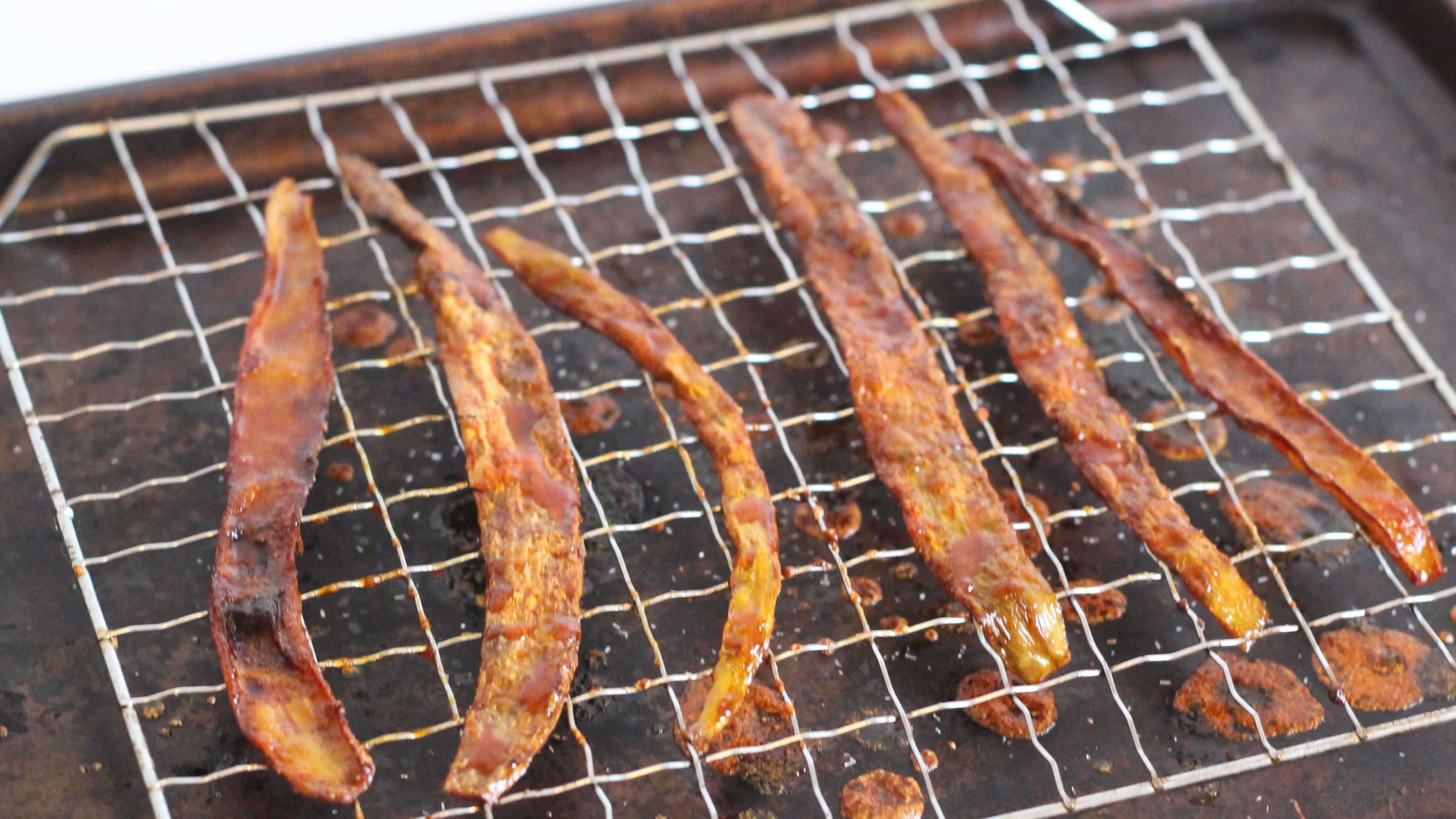 Making banana peel fake-un is a several step process. You have to remove the stringy nonsense that lines the peel, then you have to fry it, and then you have to coat it in a salty-sweet syrup before finally finishing it in the oven. I went with strips rather than bits, mainly because bits fall through my wire rack, but also because strips would work better on a sandwich.

Once the fake-un was glossy and crisp, I crumbled it up over a wedge, ate the wedge, and texted a picture of the wedge to our social media editor, mainly so he could prep for an onslaught of angry carnivores in his mentions.

The salty-sweet, crispy bits were right at home on top of my favourite salad and, while I don’t think banana peels will ever replace bacon for me, they will definitely find their way into more salads, snack mixes and sandwiches.

To make your own ap-peeling fake-un bits, you will need:

Trim the ends off of the peels and, using a spoon, scrape out the stringy white stuff that lines the peel. Cut the peels into strips (one peel should give you about four strips).

Heat 1/4 cup of oil over medium-high heat. Once it’s shimmering, add the peels and fry until they are slightly puffed and slightly past golden brown in colour, turning once to get both sides nice and crispy.

While the peels are frying, whisk together the remaining ingredients in a large mixing bowl. Drain the fried peels on paper towels, then toss them in the soy sauce mixture to coat.

Lay the peels on a wire rack set inside a baking tray, then bake in a 190C oven for five minutes. Brush the remaining soy sauce mixture on the peels, and cook for a couple of more minutes, until the strips look candied and shiny, but not wet.

Remove from the oven and let them sit a few minutes to harden and cool. Eat as is, slide ‘em in a sandwich, or crumble on top of things with wild abandon.