Buffering Hell: The Worst Times To Watch Disney+ And Netflix

Anyone who’s tried to stream Netflix or Disney+ during peak times knows it’s a bit of a gamble with frozen video and out-of-sync audio occasionally marring the experience. New figures from NBN Co shows there is a strategy you can employ if you want to stream The Mandalorian without buffering every two minutes.

How To Fix Disney+ Streaming Issues

By now, you've probably heard Disney+ has arrived in Australia. While the streaming service's launch was a bit technically shaky in the US, Australia seems to have been spared from the brunt of it. </p><p>With that said, some users are still experiencing occasional hiccups, including out-of-sync audio and video freeze ups. Here are some ways you can minimise any streaming issues you come across.

The NBN Co released some key figures and insights into how Australians were consuming data and it revealed some insightful tidbits. The average Aussie now uses about 258GB of data each month.

“This is helped along by a healthy appetite for video streaming, video calling and online browsing,” NBN Co notes in the report.

On average, Queenslanders used the most data with 274GB per month, recorded in June 2019. A single user in the state recorded using a whopping 26,807GB of data in June alone. The Northern Territory and ACT followed closely behind with an average of 265GB and 260GB respectively. Tasmania were the least data hungry, according to the findings, sitting at a 231GB per month average across the state.

But perhaps most important of all, the findings touched on the network’s busiest periods.

When to avoid streaming video

Holiday periods in December and April were busiest and on a weekly level, the network peaked on Wednesdays and Sundays and according to News.com.au, specifically at around 3pm and again at 8pm AEDT. Those are definitely times to avoid if you want an uninterrupted stream of your fave shows this holidays.

“Whether it is at home or at work, Australians are consuming more data than ever before,” Ray Owen, NBN’s co chief technology officer, said in the report. “Access to fast broadband services is driving a change in the way we interact online, especially as connected devices, streaming services and flexible working arrangements become the norm.

“We expect these numbers to continue to grow as more and more homes and businesses connect to the network.”

In theory, a network as grand and ambitious as the NBN should be able to deal with the whole nation logging on at the same time to watch their favourite TV show. But the reality has fallen well short of the original plan. Until we get there, do your best to avoid those peak streaming times. 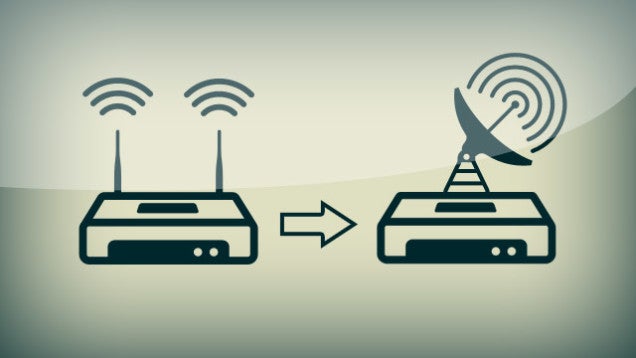 WiFi is one of the most important developments in the evolution of the internet -- no one wants to be chained to a desktop -- but it's also one of the most frustrating. If you're plagued by slow speeds, bad reception, and other WiFi issues, here are 10 ways you can power up the WiFi in your home.

You can find out more about Australia’s NBN usage habits via NBN Co’s official report. The infographic below also provides a snapshot: