Sex, Drugs And Infidelity – This Kids’ App Is Out Of Control

The mobile game Episode has been downloaded more than 50 million times. If you have kids, they’ve probably played it. But it’s way more problematic than most people realise.

The game’s players are able to customise their own storyline, which can then be ‘featured’ and shared with other players. The catch is, there’s more than 12 million creators – and the content isn’t exactly well-regulated.

As smartphone ownership surges, we’re seeing a drastic rise in the use of mobile apps, many of which are marketed towards impressionable young audiences.

One such app is Episode – Choose Your Story, a free game with more than 50 million downloads and five million weekly users.

Episode is coming under scrutiny by parents and users, many as young as 10, for its inappropriate themes. Such apps are far-reaching, and parenting their use can be tricky.

There’s an increasing number of games targeted at these age groups, of which many follow a “choose your story” format. 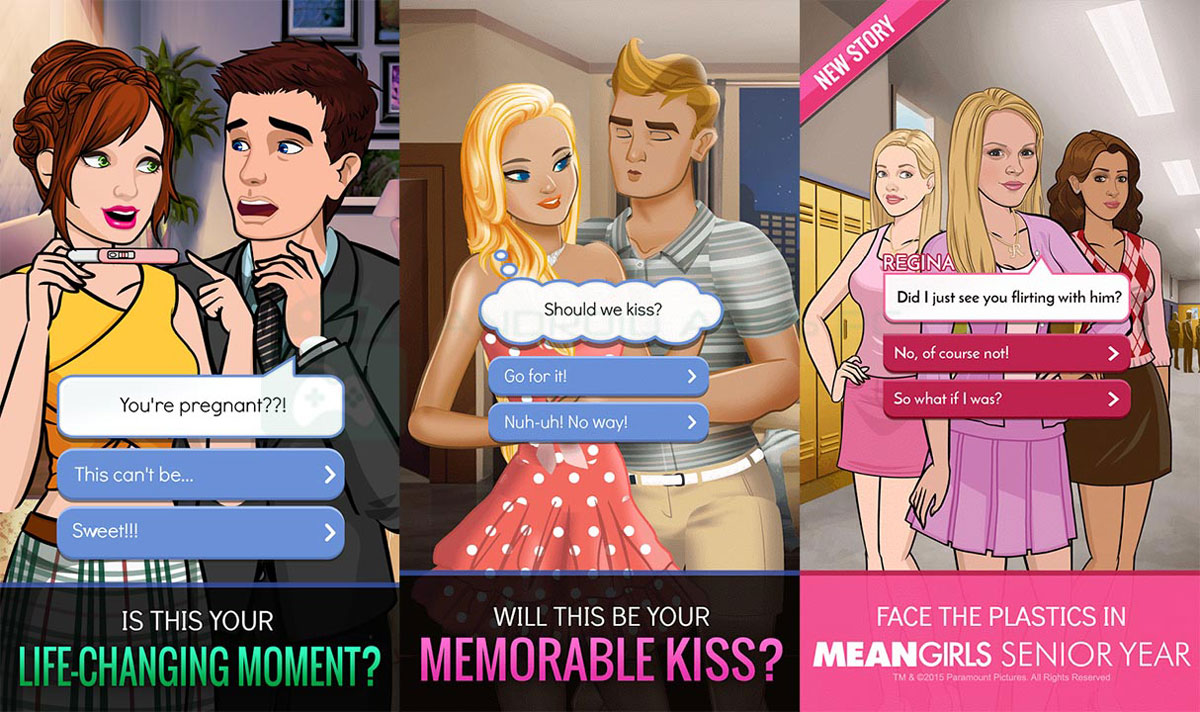 The stories are divided into episodes and the user, or “reader”, can interact with storylines and even create their own. Readers can choose from a list of responses to influence things such as a character’s appearance, dialogue and reaction to events.

While most storylines focus on romance and high school relationships, many have raised alarm bells in parents. A number of parents have voiced concerns on Common Sense Media, a leading source of entertainment recommendations for families.

What your child engages with online

On inspection, there are several issues with the app. 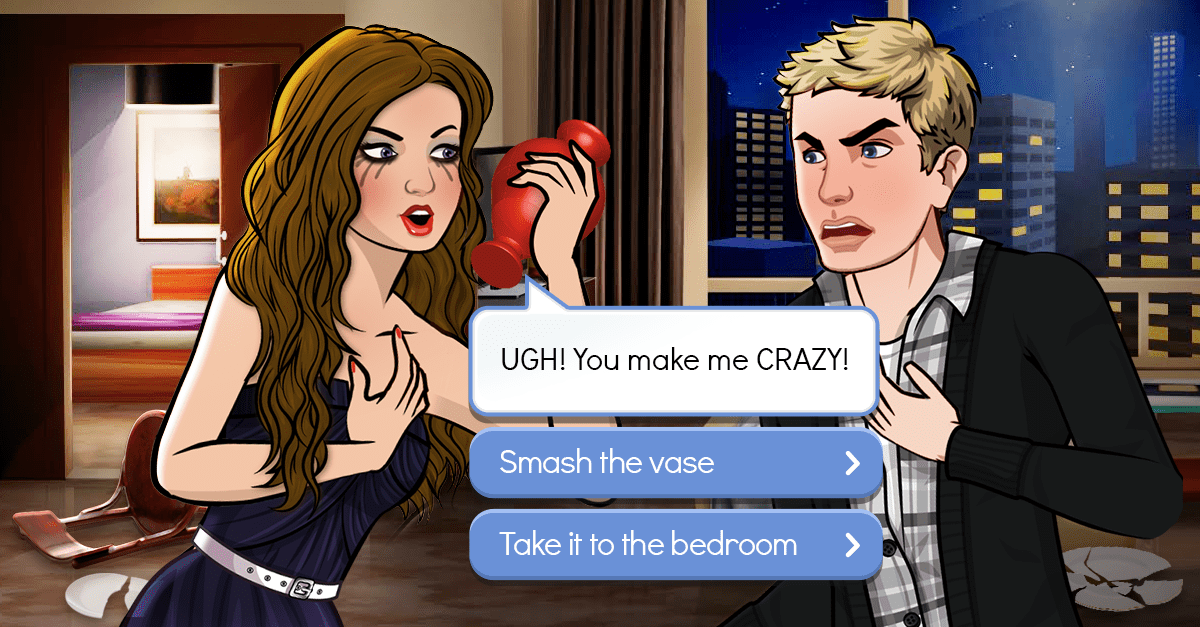 First, storylines can be written by anyone, even those aged 13-17. And while there are more than 12 million creators, there is little content regulation, even when the Episode community expresses concern.

One story regarding sexual consent raised uproar with users, who were concerned at the poor moral message of a young female character being “blind drunk” and not consenting to a sexual liaison with an older male character.

Yet, the story was not removed, and the author did little to address the backlash.

Another concerning aspect of the game is that in many situations, users have to pay money to make morally correct decisions, yet reckless choices are free. This reinforces inappropriate reactions to events. This is also where players can unwittingly spend huge amounts of money.

What about parental guidance ratings?

On the Common Sense Media website, parents have given Episode a parental advisory rating of 14+, whereas kids have rated it suitable for ages 13+.

On the Apple App Store, the game is rated 12+ and on Google Play it’s rated “Mature”. 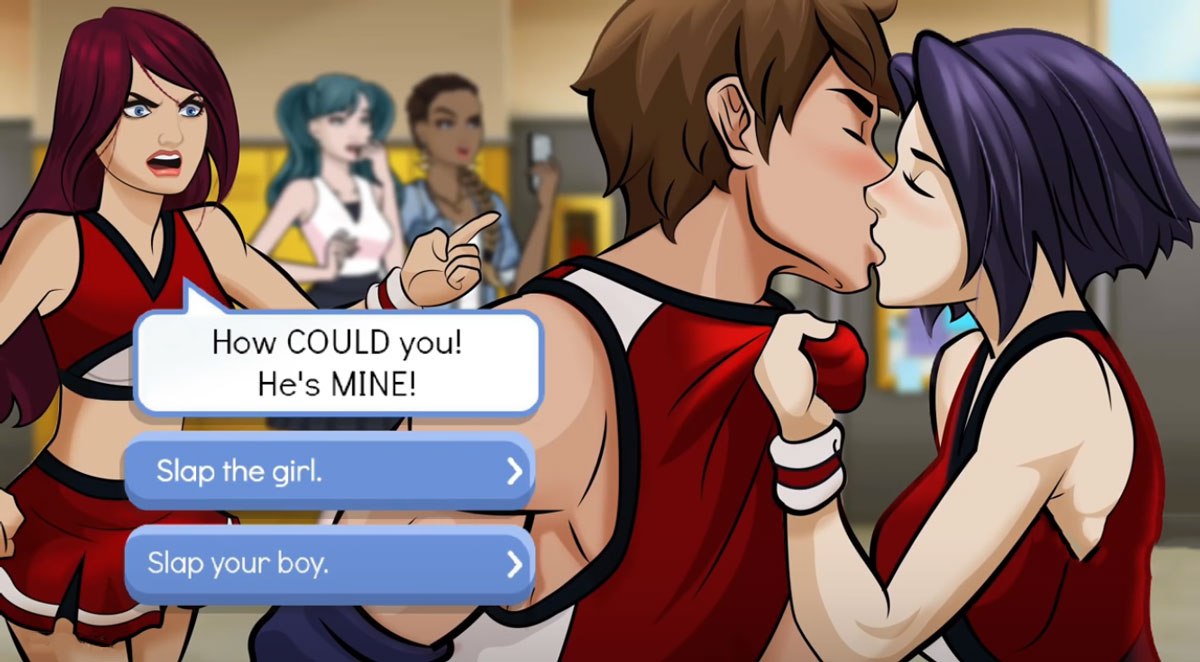 That said, players of Episode are often impressionable older children and teens. A 12+ rating offers little guidance to parents, and ratings overall don’t seem to deter children from playing.

This is hardly surprising. At this stage of development, peer relationships are highly rewarding. Many players are introduced to apps such as Episode by siblings or friends, and are enticed by the excitement they offer.

Research shows several areas of the brain make adolescents more sensitive to the rewards of peer relationships than adults. This motivates teens to focus on their peers in decision-making situations that involve risky behaviour.

This is apparent in one comment from a 13-year-old made on a Common Sense Media forum about Episode:

Although different countries offer their own classifications for online sites and gaming, there’s no universal standard apps have to meet in order to establish suitability for children and teens. 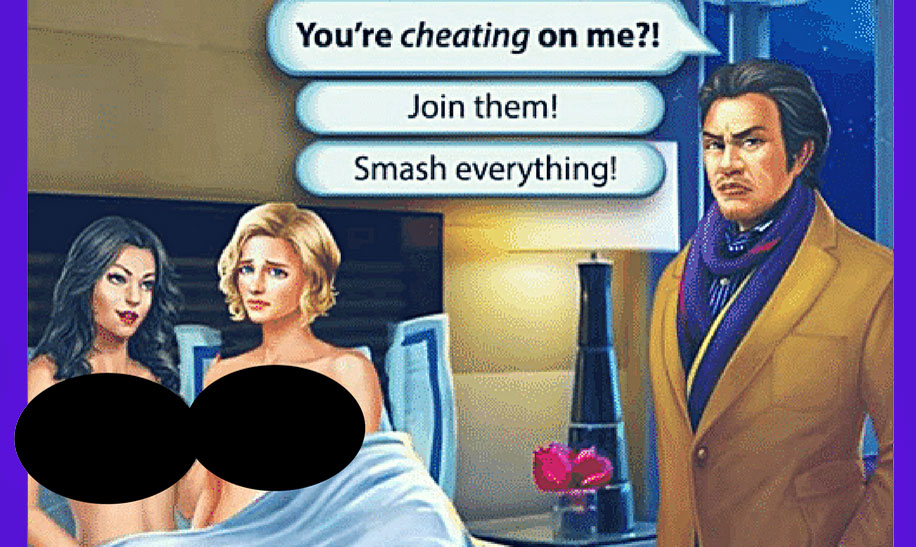 The similarly-themed ‘Choices’ – which is also aimed at young teens – is equally problematic.

Due to the discrepancy in app store ratings, the best prevention of a child or teen using inappropriate apps is to refer to guidance sites such as Common Sense Media.

But an even better defence is for parents to test questionable apps themselves. From those adults who offer valuable feedback online for childrens’ apps, many are parents who have personally tried the apps.

Other things parents can do

To prevent the use of unsuitable apps by children and teens, parents can try establishing a verbal and written contract with their child before they are allowed to own a smartphone, or other smart device.

It should contain guidelines for when, how long and what can be viewed on the device. There should also be transparency around what’s being downloaded, with parents checking the device(s) on a regular basis.

Furthermore, due to the tendency of apps such as Episode to encourage consumerism, children and teens should not buy gems, tokens, cards or any app-related digital currency, without first discussing this with an adult. 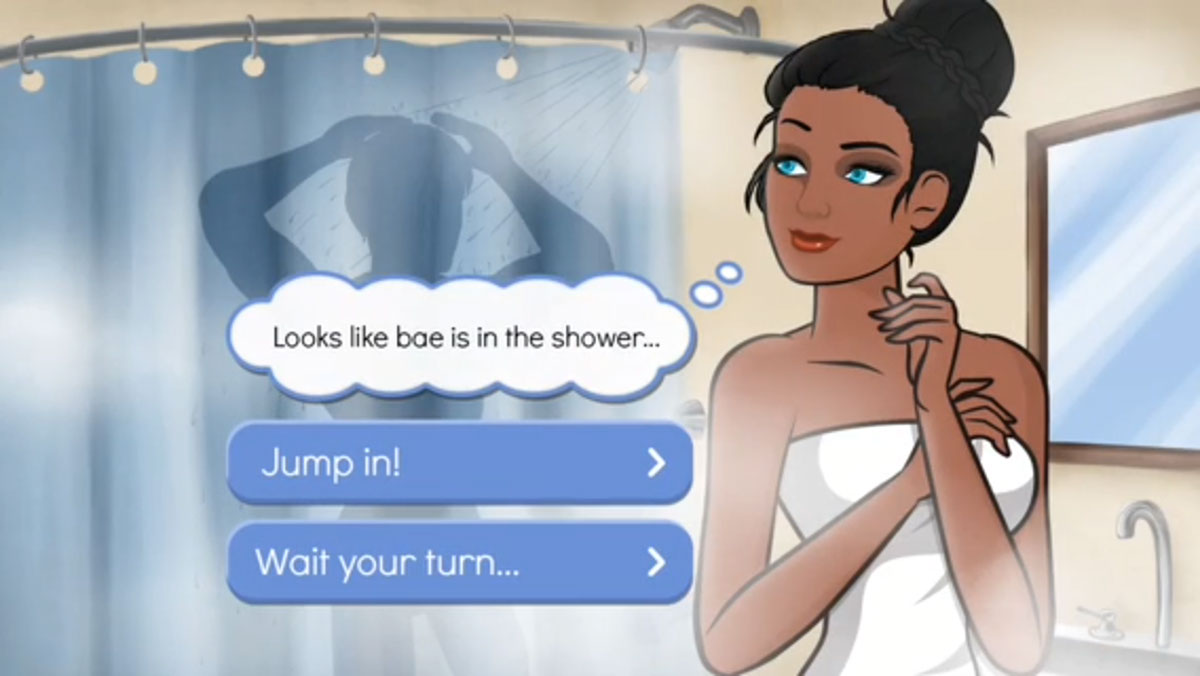 A major criticism of screen time and app use is that it’s passive and requires little or no involvement from users.

Research suggests typing on a keyboard to calculate times tables, rather than writing by hand or using a smartphone, can hinder long-term learning and memory.

Instead of encouraging device usage, children benefit from more reading, storytelling and imaginative play. As they mature, such activities enable greater fluency, theory of mind (which is understanding that others may have different beliefs and desires to you), and moral reasoning abilities.

The good news is, app developers have also started to heed such advice, with many promoting the interactive components of their product.

And this isn’t just to appease parents.

Apps that encourage storytelling, many led by research and developed by educators, are popular with children and teens too.