Measure Your Lifting Progress With This App

Arbitrary strength classifications are stupid. I know this, and yet I keep looking up how my lifts compare on various charts and tools. The best, and most fun, among them: SymmetricStrength.com.

To be totally clear, you should be setting your own goals as you train. If you want to make it to Nationals in powerlifting, for example, you can look up what qualifying total you would need, and work toward that as a goal. Or if you just like the feeling of getting stronger and hitting PRs, you don’t need anybody else’s numbers to monitor your progress.

But sometimes it’s just fun to see how you’re doing. And the cool thing about a tool like SymmetricStrength is that you can use it to get a visual of your progress over time. Take a screenshot of how it rates you today, and another this time next year. 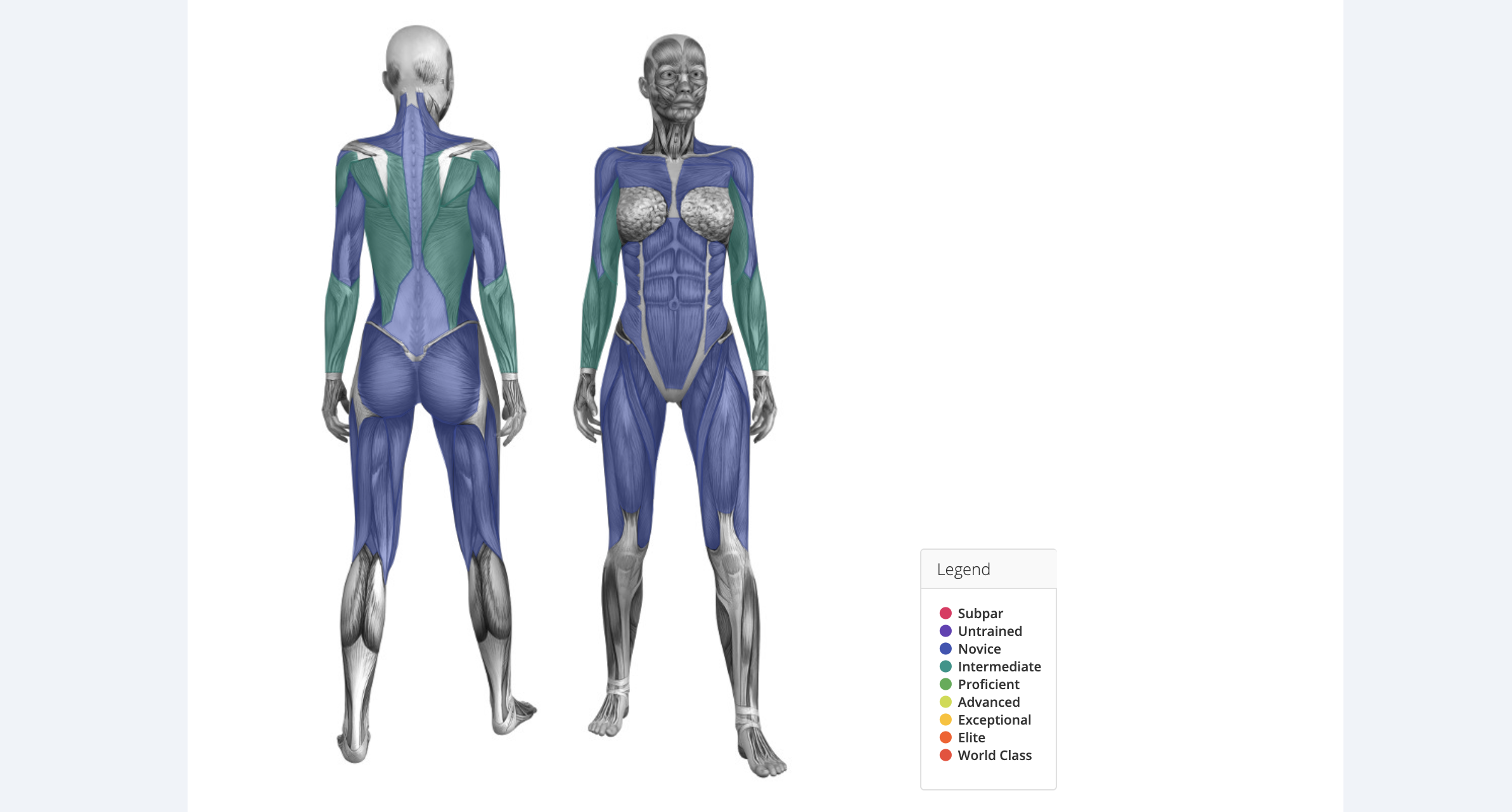 Here’s how it works. You tell it what lifts you train, and plug in your best set for each. (This might be a single at max effort, but it can also work with, say, your best set of five.) Then, you get a chart showing not only how your lifts compare with others, but what this likely says about strength in your various muscle groups.

The tool grades you, your lifts, and your muscles on a scale that ranges from “subpar” to “world class.” Don’t take those classifications too seriously; they’re derived from powerlifting standards and world records, and ExRx charts. (ExRx states that their standards are “not to be confused with strength norms”—in other words, they don’t compare you to the average person.)

Over the past year, I’ve raised my (totally arbitrary, meaningless) score from “novice” to “proficient.” On the accompanying chart that compares my lifts to each other, pull-ups were my strongest lift both times. My squat was my worst lift last year; now it’s pulled ahead and overhead press is the one that’s lagging. If you don’t have competition goals, you could use this chart to decide on a lift to focus on. Hmm, how much could I improve my press over a year?

Check it out and see how you rank, but remember, it’s just for fun.