How To Find Worthwhile Organisations For Your Giving Tuesday Donations 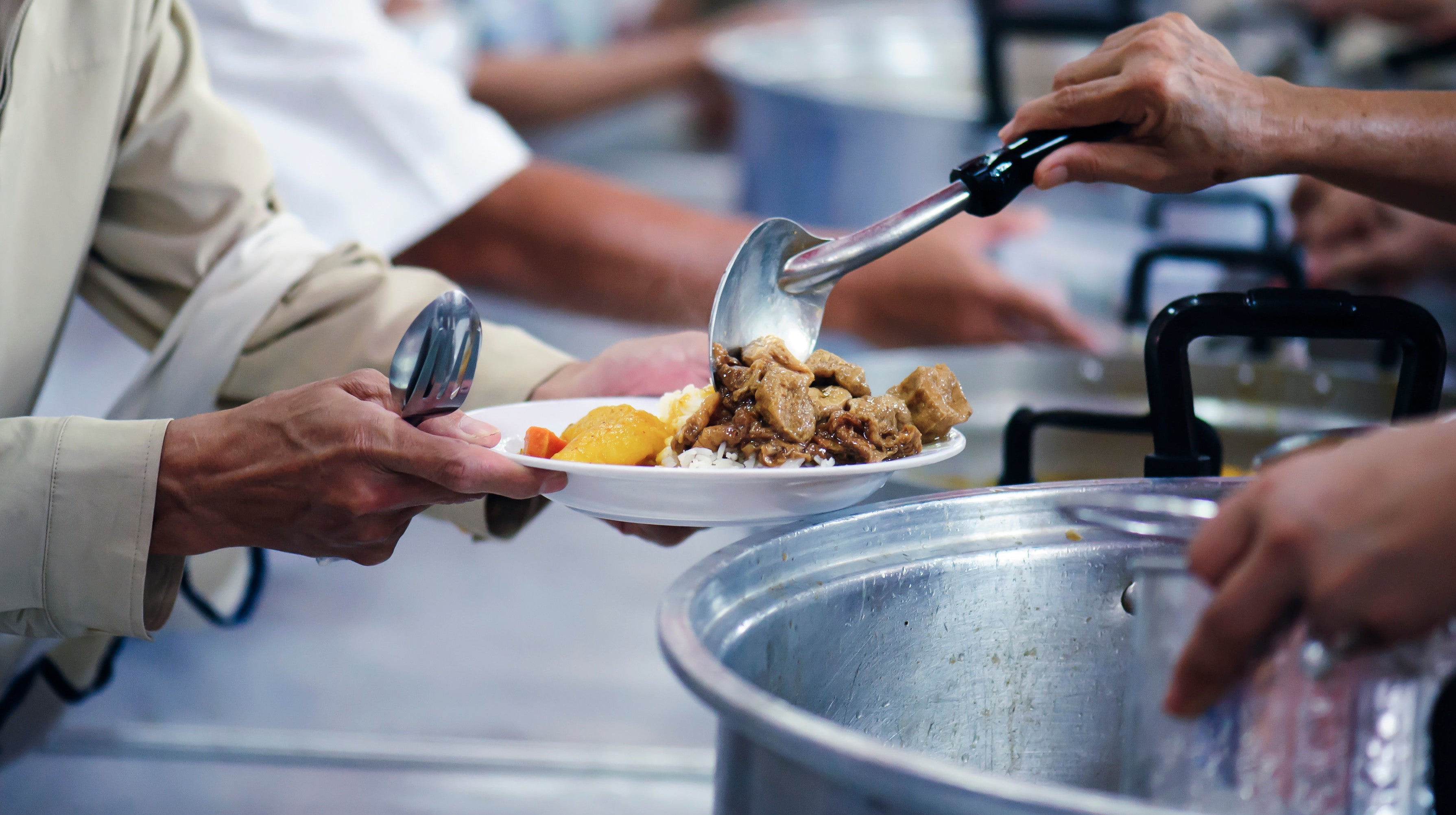 Cyber Monday is almost over—which means it’s just about time for Giving Tuesday, a day to honour the holiday season by giving (duh) to worthy charities.

But with 2019 as the unofficial year of the scam—and some fake charities accepting money on behalf of actually worthy causes—how can you guarantee your donations are actually being spent appropriately?

ImpactMatters, a new startup, recently launched a series of online resources that’ll better help you determine how your donation is being spent. One such tool includes an “impact” rating system; ImpactMatters rated several non-profits based on how your donation actually positively impacts communities. They also have an “impact calculator”—if you donate $US10 ($15) to a nonprofit, ImpactMatters provides a breakdown as to how that organisation will likely spend that $US10 ($15).

To use the website, search by an organisation you have in mind (or even defer to their “local giving guides,” which provide organisations that have been vetted by ImpactMatters). From there, you’ll find its rating, an “impact report” with the methodology used to inform that rating, as well as the impact calculator. Here’s how the rating appears for the Food Bank For New York City: 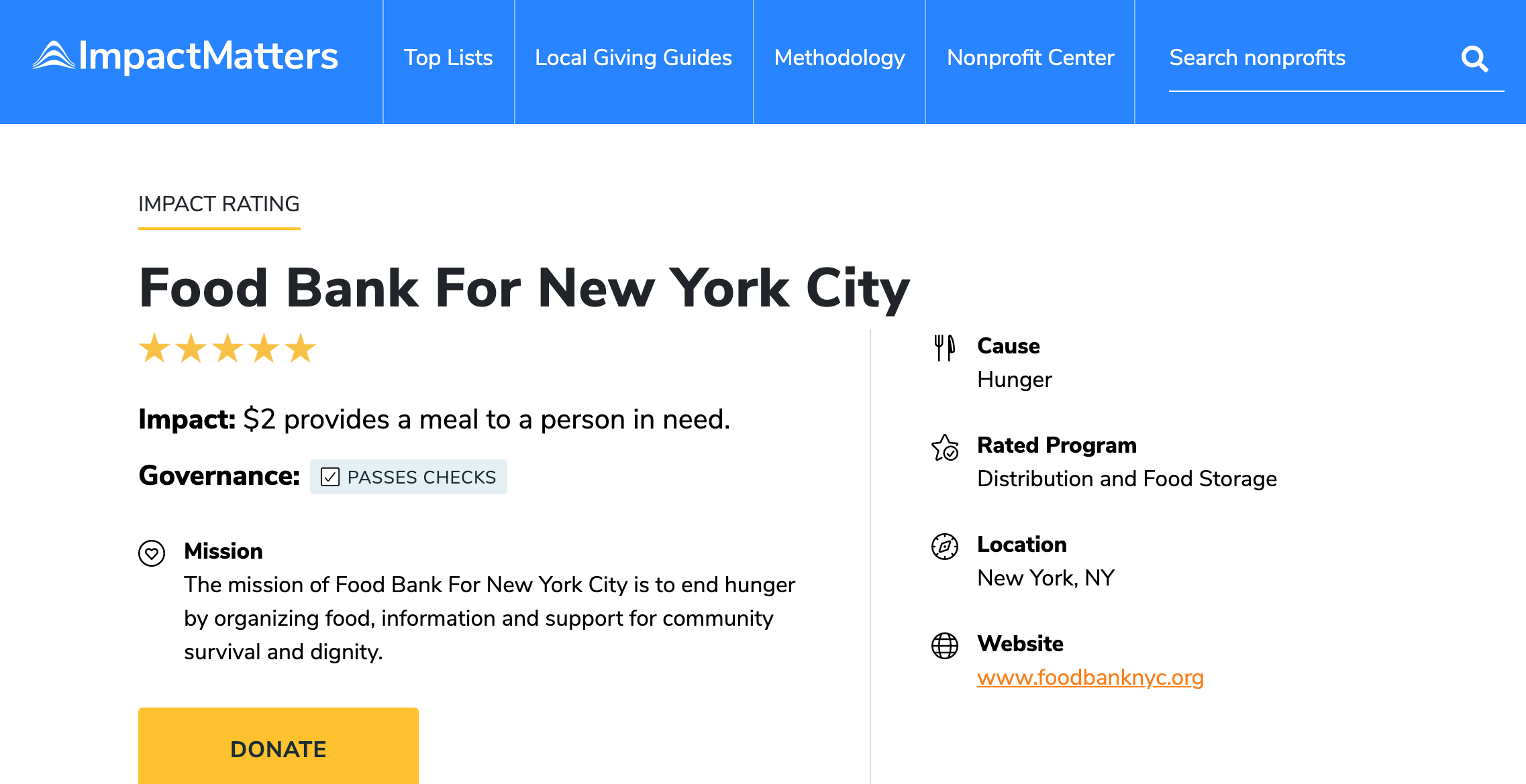 A five-star rating means the nonprofit is highly rated for being “cost-effective” in how it chooses to spend your donation. A one-star rating means the organisation has failed to meet certain government standards or that there are existing finance issues (or both) and the organisation may not spend your contribution to impact the community as effectively.

The rating isn’t perfect and ImpactMatters acknowledges possible shortcomings. For the Food Bank For New York City, for instance, they note that its rating may “oversimplify total impact” and may not consider the nutritional quality of meals it serves to the community. Still, ImpactMatters rated the Food Bank for New York City highly, based on its cost-effective use of contributions; according to them, a $US25 ($37) donation will provide meals to 13 people in need.

If you want to contribute to a worthy organisation and are unsure of where to start, again, use ImpactMatter’s local guides to charities or search by a particular cause; Charity Navigator, another website which also vets non-profits for financial transparency, has its own guide, too.

And don’t forget this helpful tip: While donating items during the holidays is noble, it can sometimes prove difficult for some organisations to handle an influx of donations at one time. (In this 2013 Washington Post story, two organisations discussed the difficulties of accepting such large quantities of donations without receiving sufficient notice, like having to find sufficient space to store them or being overstocked on a single item, while remaining understocked on others.) Always call in advance before making donating items; and remember, cash is king.

And while the holidays are a perfectly good time to donate, don’t forget that charities and organisations still need donations all year. The organisers behind Giving Tuesday said they raised $US380 ($557) million in donations on last year’s day, which might just give donors the impression that they don’t need to donate during times when contributions run low. Consider making monthly contributions to organisations that have been vetted by ImpactMatters, so they can receive your help throughout the year.