If you’ve ever called an Uber—and waited longer than you’d like—you probably might feel tempted to cancel the ride altogether. In the end, you might end up paying a small fee for your driver’s time, the probable worst-case scenario. But there are several reasons why Uber’s existing policies, in particular, aren’t so great for drivers when you decide to cancel last-minute.

Take, for example, the fact that the app pockets at least a partial amount of every fee when a rider cancels. On a recent Reddit thread, u/old-wave said they received just $US3.75 ($6) of their overall $US5 ($7) fee for every cancelation via Uber. (Meanwhile, apps like Lyft do not pocket any part of a rider’s cancelation fee that is owed to a driver.) That fee may not be significant, but given the recent wave of criticism aimed at Uber for its low pay and general working conditions, it has enormous implications in the long run. 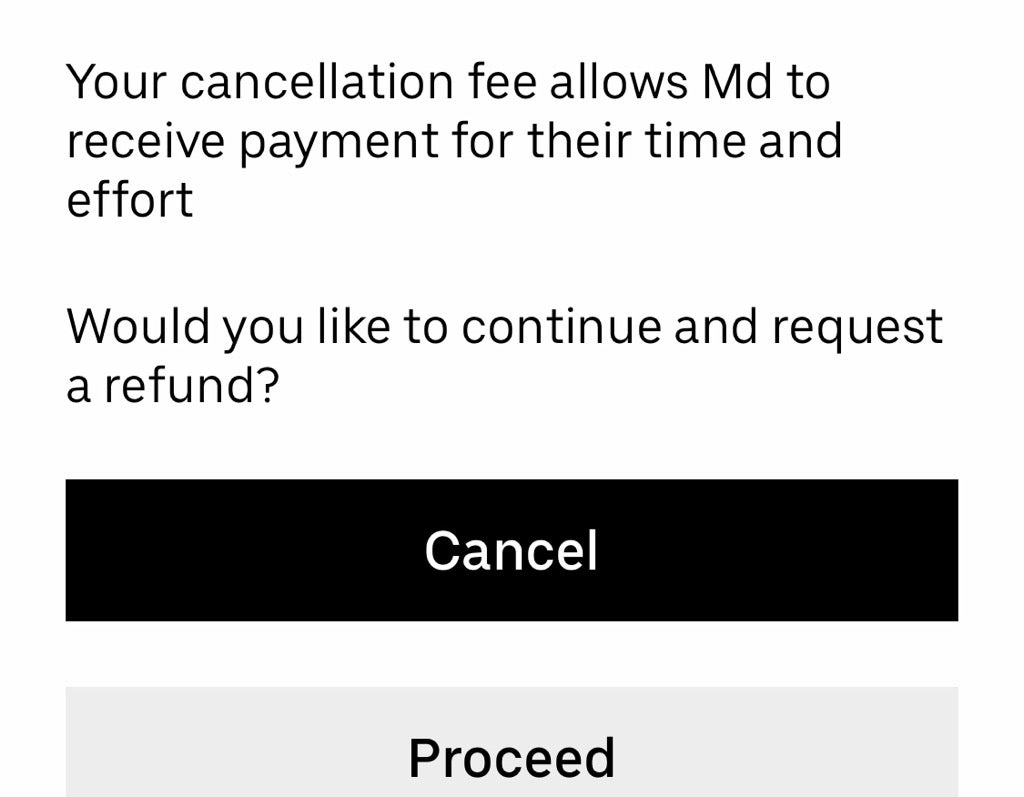 It’s also not entirely clear whether Uber or the driver ends up absorbing the fee if a passenger disputes the cancelation charge and receives a “refund”—typically, just a credit toward a future ride. While using Uber recently and attempting to dispute a charge, I received an alert that indicated that the driver might lose out if I chose to dispute it. (I had chosen to cancel because Uber’s app had failed to show the status of my ride, yet it guilt-tripped me into paying for the fee. When asked specifically about the issue of Uber “glitching” and being at fault for a cancelation, a rep for Uber did not directly answer my question, and instead, directed me back to their website which explained their cancelation fees.)

Worse, Uber has the right to keep some of their drivers’ cancelation fees altogether, if they believe payments were done in “error, [were] fraudulent, or in violation of Driver terms.” According to one former Uber driver who had dealt with this firsthand, however, sometimes cancelation fees are withheld without any apparent reason.

“I have had three instances now where I waited over five minutes before cancelling, took screenshots to prove I waited the full time, cancelled the ride, and then never received the fee …” he said. “This is completely different from the consumer’s side, where if a passenger simply says ‘My driver was under the influence [of] alcohol’ with no evidence, the passenger gets a refund, that driver can lose the pay from that ride, have their account immediately suspended for a minimum of three days, and possibly even [become] permanently deactivated.”

What does this mean for you? Well, if you do cancel a ride, understand what it means to dispute any charge. Unless your driver has picked you up from the wrong location or made any other major transit error, don’t automatically request a refund for the cancelation fee in-app because it’s easy and probably might work.

Is It Cheaper To Use Uber Instead Of Owning A Car?