How to Try Out Android’s New ‘AirDrop’ Feature

It’s Not Healthy to Feel Super Guilty About Calories 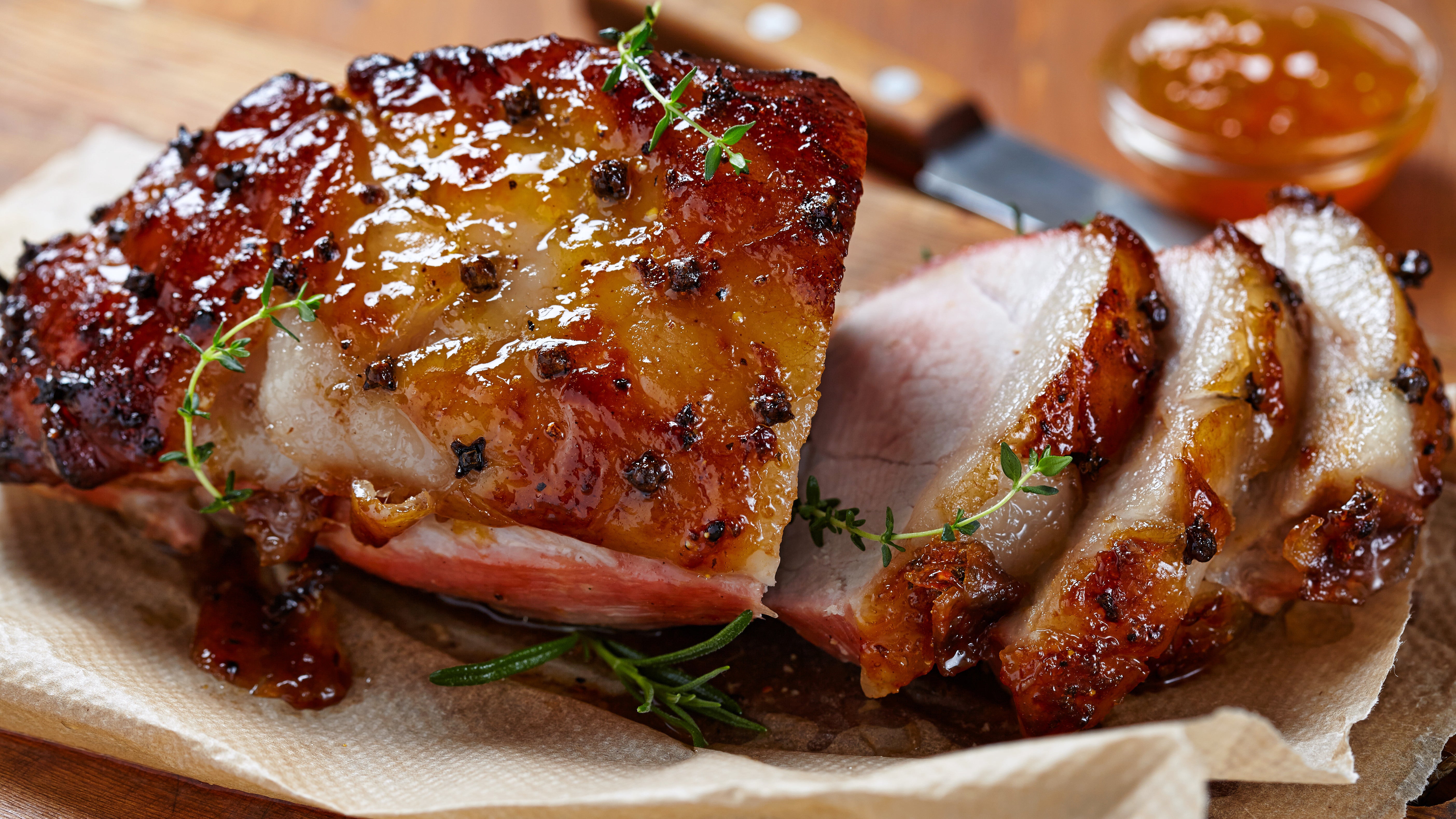 Brushing a sticky, sugary glaze on your salty holiday ham is practically a given, but the best glazes have need a flavour besides sweet to make them shine. A splash of vinegar or orange juice can add some acid and depth, but truly interesting people glaze their cured pork with pepper jam.

Pepper jam is exactly what it sounds like—a sweet and spicy substance that does a bang up job at balancing rich, savoury dishes and snacks. (If you need an intro, just dump a quarter cup of the stuff on a block of cream cheese and eat it with crackers; it’s a glorious simple snack.)

When brush you brush a pepper jam glaze on a ham, you get all of the tastes—sweet, salty, sour, kinda bitter and smoky, and umami. It’s all there. Depending on just how spicy your jam is, you can tweak it with brown sugar, or even go half and half with another fruit jam. I don’t have an exact recipe, but I do have a template, which is better because people rarely follow recipes exactly anyway. To make a pepper jam ham glaze, you will need:

Place your pepper jam in a bowl and dip a cracker in it to get an idea of much heat you’re working with. If it’s really spicy, you can add a half cup of some other spread, such as orange marmalade or cherry or blackberry fruit preserves. If it’s only slightly too spicy, add a couple of tablespoons of not-pepper jam, or some brown sugar.

Next, add enough apple juice, orange juice, or water to give it a brushable, or at least spoonable consistency. If you want your glaze to have a tang, splash in some apple cider vinegar or mustard. Make sure to taste after each addition, and don’t be afraid to backtrack and add more jam.

Once you have a glaze that is sweet, spicy, and tangy, give it a final whisk to get everything nice and smooth. If things aren’t wanting to get syrupy, bring the glaze to a simmer on the stove to help it get there.

Then, once you have about an hour left on your ham warming time, start brushing on glaze every 15 minutes, until your ham reaches your desired serving temp (I like around 55 degrees Celsius, but some people go as high as 60 degrees. Remove from the oven and let rest 15-20 minutes before slicing. Serve with any leftover glaze.