There isn’t a lot to keep a teenager occupied in rural America, but owning an $800 car opens up a lot of possibilities. I was a pizza delivery driver for a few of my younger years and after a typical closing shift, some of the other drivers and I would pile into one car and drive around in a fruitless search for something, anything, to do. We would always leave the light-up pizza delivery sign on the roof of the car, because we knew we were less likely to get pulled over that way.

It’s not that we were intending to do anything illegal, we just didn’t want to answer questions like “What are you doing out here,” mostly because we didn’t have any answers. Also, we were not the smartest crayons in the shed, and our undefined wandering would occasionally lead us to things that were dangerous, illegal, and definitely should not be tried by anyone.

One particular summer night, Dave, Andrew, and I got in Andrew’s rusty 1972 Camaro and headed out into the darkness. We were approaching a stop sign with open fields on all corners so you could see that there was nobody for a mile in any direction.

What Dave knew, and I knew, and Andrew did not know, was that this intersection sloped up as you crossed it, ending about three feet higher at the other side.

We hit the intersection at 64 kph. All four corners hit their bump stops as we violently launched into the air. None of us were wearing seatbelts and I just remember hitting my head on the roof, then at least two other things, and landing on the other side of the rear seat. There were noises, lots of angry noises. Mostly from the car, but also from Andrew. Dave was trying to calm him down, pointing out that (amazingly) there was no damage to the car.

The pizza sign was gone; it just vanished, never to be seen from again. I was hysterically laughing. Like most teenagers, my brain had not yet developed the part that accurately gauges danger, nor could it even remotely estimate how amazingly stupid we were. I just knew that it was the most fun I’d had in the back seat of a car.

Now, I want to be clear that I do not recommend this. Especially without wearing a seatbelt, but especially all the rest of it. You could very easily injure or kill yourself or others, and you might go to jail.

But I did find out something that night that has always held true: There is something magical about being airborne in a car. I’m using the term “car” here in a loose sense: things with four wheels and an engine. I think there are a few things that add up together to create the magic.

First off, you’re kind of not supposed to do it. Definitely not in a Camaro through an intersection, but even in the desert with a UTV, it’s against the “rules”. The manual for my Polaris side-by-side clearly says “DO NOT do power slides, doughnuts, jumps, or other driving stunts,” which is unfortunate because I bought it for the specific purpose of doing power slides, doughnuts, jumps, and other driving stunts. I suspect this is just a liability thing for Polaris since its website shows the RZR Turbo jumping a sand dune. 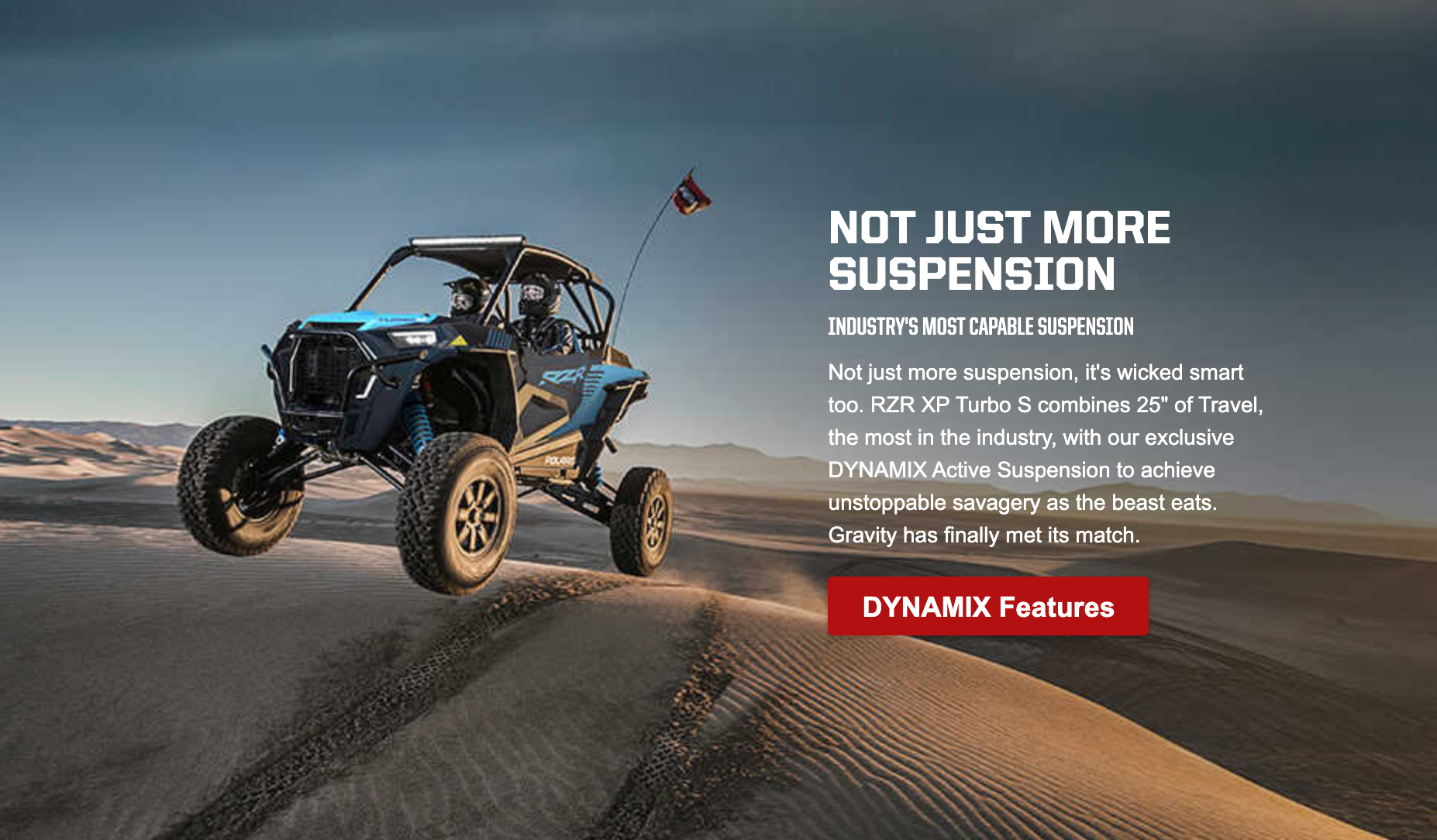 The second part that makes it exciting is that you know something might break. You know there is a chance that when the vehicle hits the ground, it might result in very expensive automotive or human repair bills. There is danger.

The third part is that you’re flying through the fucking air, which is not a thing your body is typically prepared for. You are weightless, like an astronaut, but one who slept through astronaut training. So you’re flying through the air, a little worried that you might get caught by the user’s manual police (or the real police), anxious that your vehicle or yourself might be broken when you hit the ground, and your stomach is in your throat. Your animal brain has no idea what to do with all this information, and so it just says “I guess we’ll assume this is fun until we die.”

And you can die, which is why I am very much not recommending that you go jump a vehicle.

So the question becomes: how do you do this in a legal and safe way? How does one send their vehicle along a ballistic trajectory while eliminating the chance of jail and mitigating the chance of injury? I recently attempted this with the help of Toyota’s reliability. I have a lifted 4Runner with extended travel suspension and welded reinforcements in all the right places which has been reliably able to get a little bit of air, except that one time:

Still, the 4Runner is not really safe for jumping. Safer than a rusty-arse Camaro on public roads, for sure, but still well outside the recommended use of any manufacturer.

My UTV, however, has all the good stuff: long-travel suspension, fire suppression, welded steel cage, five-point harnesses, window nets, and all the other aftermarket additions that make ignoring the user’s manual palatable for my data-driven, engineer mind. I think I have achieved a safe way to get airborne in a four-wheeled vehicle.

Sure, it does reduce that part of the excitement equation where my vehicle or I might be broken upon landing. Does that take away from the fun of jumping it? Yeah, maybe a little bit. But on the other hand, I’m not going to die in a flaming car wreck like an idiot. So, you know, trade-offs.