Have you ever had a friend go suspiciously AWOL on Facebook? All of a sudden they’re not liking or commenting on any of your posts and their own statuses have stopped appearing in your feed. Have you been blocked? Turns our there’s a way to find out.

Firstly, a caveat: If somebody decides to block you on Facebook – regardless of how petty the reason is – you’re only going to worsen the situation by confronting them. As the adage goes, it’s better to let some sleeping dogs lie.

With that said, proving you’ve been blocked can be helpful for more than just sating your curiosity. At the very least, you’ll know to cross them off your Christmas card list and to avoid them at social gatherings. But how do you know you’ve been blocked for sure?

There are a number of indications that can help you find out if somebody has blocked you on Facebook. The most obvious sign is the disappearance of their profile – if it’s no longer appearing in searches and you can’t visit it, you’ve probably been blocked.

Business Insider recently shared some of the red flags to watch out for:

How to tell if someone blocked you on Facebook:

This isn’t always the case however. On several occasions I’ve had a friend’s profile disappear, only to discover they were taking a tech detox. It wasn’t just me – nobody else could see their account or tag them because their account had been briefly deactivated.

It’s therefore worth checking your friend’s other social media accounts before assuming the worst. Another way to find out if you’ve been blocked on Facebook is to check the likes and comments on mutual friends’ statuses – if the quoted number doesn’t match the list below, it could mean you’ve been blocked. 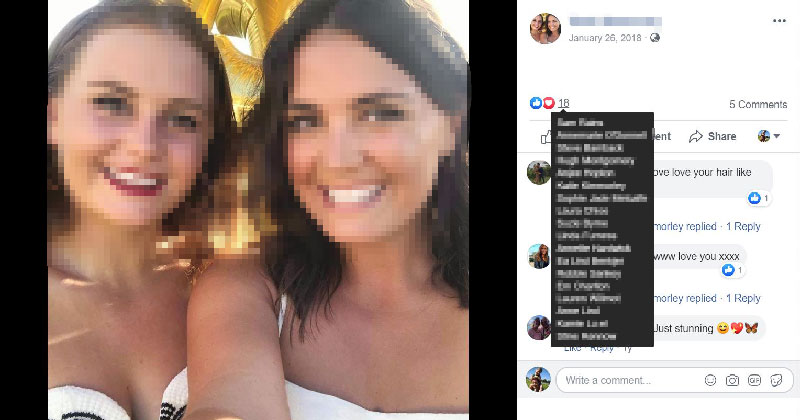 You can sometimes tell if you’ve been blocked by counting a mutual friend’s FB likes.

How to tell if someone blocked you on Twitter:

Twitter is a little more transparent when it comes to blocking. While you won’t receive a notification when somebody blocks you simply head to their profile page. If you’ve been blocked, you will receive the following message:

How’s that for upfront? You can find out more about Twitter blocking here.