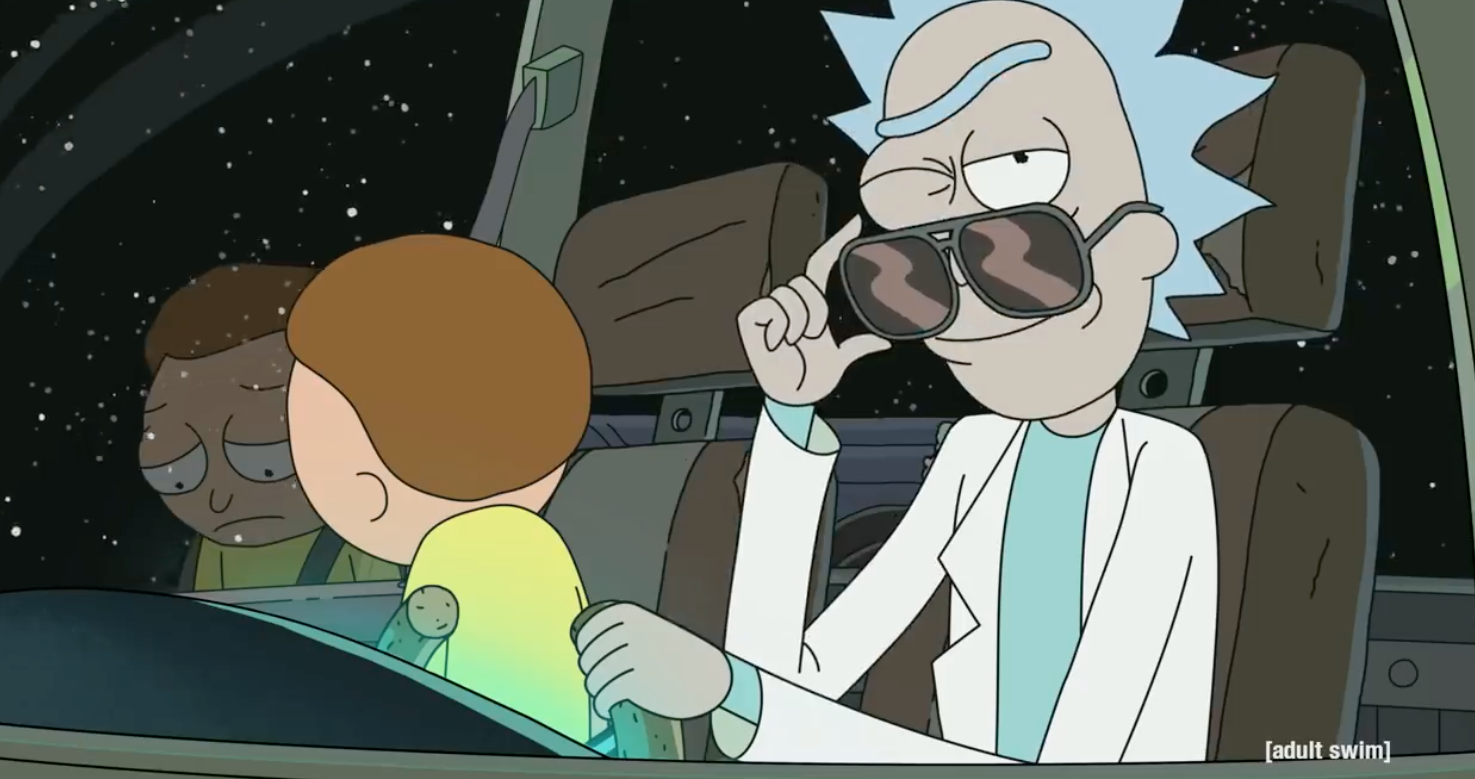 He wasn’t born into the god business. He fucking <em>earned</em> it. (Image: Adult Swim)

Cancel your weekend plans. Netflix is about to deliver a one-two punch in the form of The Witcher and (finally!) Rick And Morty Season 4. There’s also the Netflix Original movie The Two Popes starring Anthony Hopkins, the original Blues Brothers and Tonya Harding biopic I, Tonya. Read on for the full list!

The big release this weekend is undoubtedly The Witcher – it’s a dark and gritty fantasy series based on the books and video game series of the same name with Henry Cavil in the lead role. If you were a fan of Game Of Thrones and The Lord Of The Rings, give this one a watch – it will be available to stream from tonight (December 20).

Netflix has also released the first five episodes of Rick And Morty Season 4 – Edge of Tomorty: Rick, Die, Rickpeat, The Old Man and the Seat, One Crew Over the Crewcoo’s Morty, Claw and Hoarder: Special Ricktim’s Morty and Rattlestar Ricklactica. All five episodes drop on December 22.

For something a bit more cerebral, there’s The Two Popes from the Academy Award winning director Fernando Meirelles (City Of God). It tells the true story of Pope Benedict XVI’s resignation and the election of Cardinal Bergoglio as his successor. Jonathan Pryce and Anthony Hopkins star in the titular roles.

The witcher Geralt, a mutated monster hunter, struggles to find his place in a world where people often prove more wicked than beasts.


An animated series that follows the exploits of a super scientist and his not-so-bright grandson.


From Fernando Meirelles, the Academy Award-nominated director of City of God, and three-time Academy Award-nominated screenwriter Anthony McCarten, comes an intimate story of one of the most dramatic transitions of power in the last 2000 years. Frustrated with the direction of the church, Cardinal Bergoglio (Jonathan Pryce) requests permission to retire in 2012 from Pope Benedict (Anthony Hopkins).

Bring it On: All or Nothing (streaming now)


A transfer student to a rough high school tries joining the cheer-leading squad and she not only faces off against the head cheerleader, but against her former school in preparation for a cheer-off competition.


The Feds try to take down notorious American gangsters John Dillinger, Baby Face Nelson and Pretty Boy Floyd during a booming crime wave in the 1930s.


Jake Blues, just released from prison, puts together his old band to save the Catholic home where he and his brother Elwood were raised.


For fun-loving party animal Ben Stone, the last thing he ever expected was for his one-night stand to show up on his doorstep eight weeks later to tell him she’s pregnant with his child.


It’s been five years since everything was awesome and the citizens are facing a huge new threat: Lego Duplo invaders from outer space, wrecking everything faster than they can rebuild.

Competitive ice skater Tonya Harding rises amongst the ranks at the U.S. Figure Skating Championships, but her future in the activity is thrown into doubt when her ex-husband intervenes.