Can A $499 Smartphone Compete With A Flagship? Three Models Compared

smartphonessmh
At Lifehacker, we independently select and write about stuff we love and think you'll like too. We have affiliate and advertising partnerships, which means we may collect a share of sales or other compensation from the links on this page. BTW - prices are accurate and items in stock at the time of posting.

Buying a new phone in 2019 can be an extraordinary investment, especially if you want to own it outright. Even the “mid-range” phones from Google and Samsung go for $649, and the least expensive 2019 iPhone is $1199.

As an alternative, here are three devices released in the last month that punch above their weight in design and performance. All three are from Chinese manufacturers, available at Australian retail, and they each go for an RRP of $499. 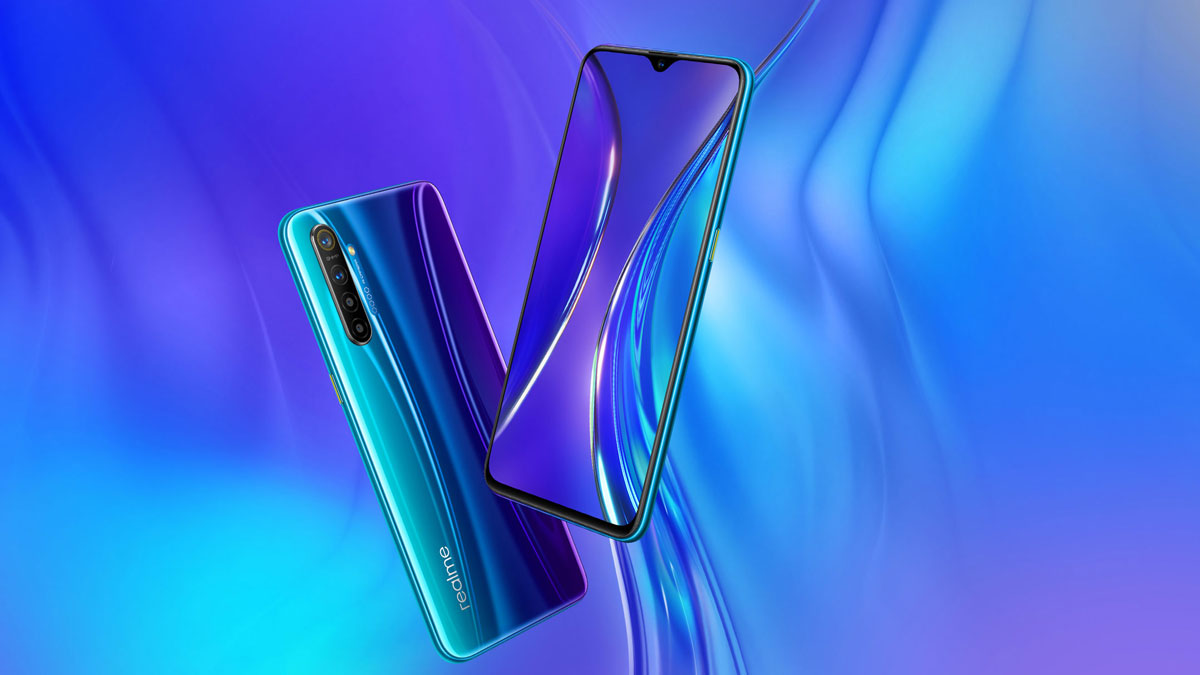 On paper the Realme XT is an absolute beast with specs that put other less expensive handsets to shame, including a massive 64MP primary camera, 128GB of storage, 8GB of RAM and an octa-core Snapdragon 712 CPU.

With Gorilla Glass front and back the phone should survive some tumbles, and it also comes with a screen protector pre-installed and a clear case in the box. The screen is a brilliant 6.4-inch HD+ OLED display with a waterdop notch, while the curved back sports a colourful finish in either a blue-purple gradient or pearl. The only minor blemish is the painted plastic on the sides; the blue model in particular doesn’t quite pull off the illusion that the colour goes all the way around to meet the screen.

The primary camera downscales shots to 16MP by default, and the results look great. You can opt to shoot in a native 64MP mode, but the improvement is minimal and file sizes massive. Outside of the main camera there’s a 8MP ultra-wide shooter, a dedicated 2MP depth sensor for portrait mode and a 2MP macro lens. The latter can produce fine photos at very close range if you have plenty of light, but often not much better than taking a photo at distance and cropping. There’s a nice 16MP selfie cam up front.

Realme, which arrived in Australia last month, has its origins as a sub-brand of Oppo, so it’s no surprise that its phones run the ColorOS variant of Android 9. It’s essentially an Apple-inspired take on Google’s software that can take a bit of getting used to but has some nice touches. Apart from software Realme also borrows quite a bit of tech from Oppo, and on the XT that means a fast and accurate in-display fingerprint reader as well as very quick charging for its 4000mAh battery.

Moto G8 Plus: Pixel feel with a built-in action cam 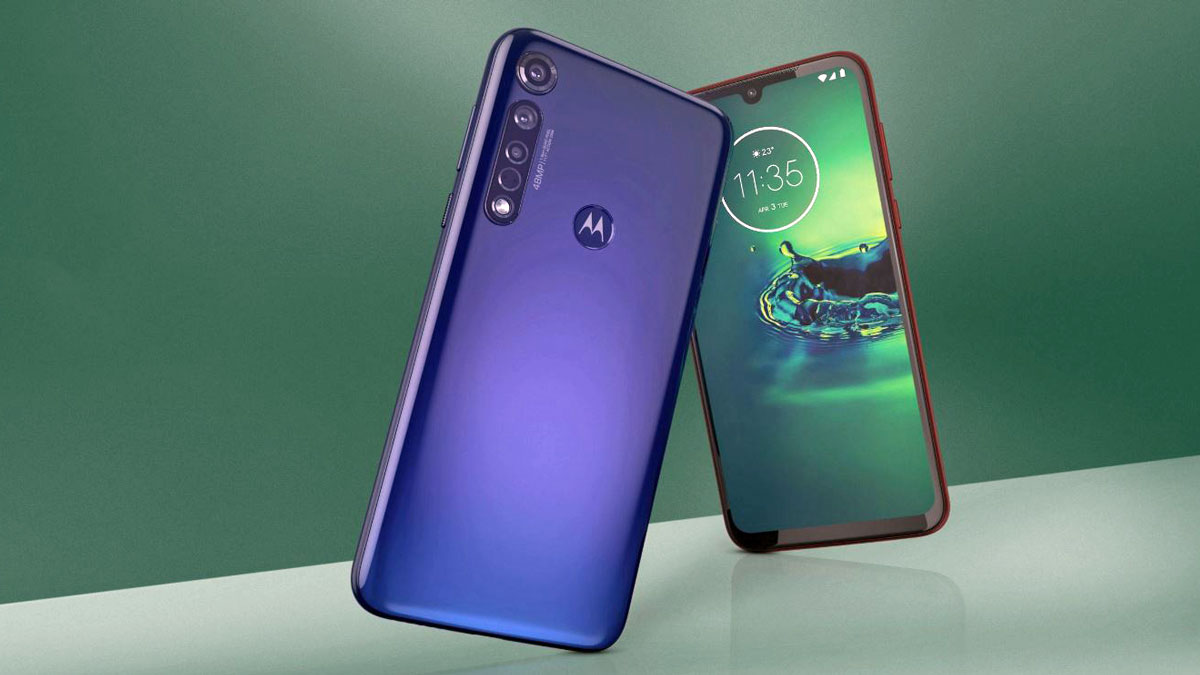 If you prefer a more streamlined, stock Android experience, Lenovo’s Moto G8 Plus comes close. As with other Moto phones it’s a mostly Google software affair with a few stylistic flourishes and optional touches, including an ambient display that can switch on when you reach for it and the ability to make a karate chop motion to turn on the flashlight.

The G8 Plus doesn’t win many style points for its thick, plastic body, but the cool blue and black gradient finish and Moto symbol fingerprint sensor mean it still looks modern. The phone is resistant to “spills and splashes”, which is nice at the $500 mark, and it comes with a case for extra protection. The screen is a bright 6.3-inch HD+ LCD display with an unobtrusive notch, and although it’s not as colourful as some it’s flanked by impressive stereo Dolby speakers.

In terms of cameras there’s a big 48MP primary shooter (which, like the Realme, downscales) paired with a 5MP depth sensor and a surprisingly large 25MP selfie camera up front. Results are great given plenty of light, with excellent autofocus on the rear-facing, but detail falls apart in the dark. Most notable is the dedicated 16MP “action cam”, which utilises an ultra-wide lens so you can hold your phone vertically with one hand but produce a horizontal, stabilised video at full HD and 60 frames per second.

The G8 Plus can’t take Realme’s entry when it comes to pure grunt — packing half the RAM and a less powerful Snapdragon processor — but it’s a snappy operator if you’re not looking for high-end gaming performance. Fast charging and Google’s handy adaptive tech make the most of the 4000mAh battery to round out the package. 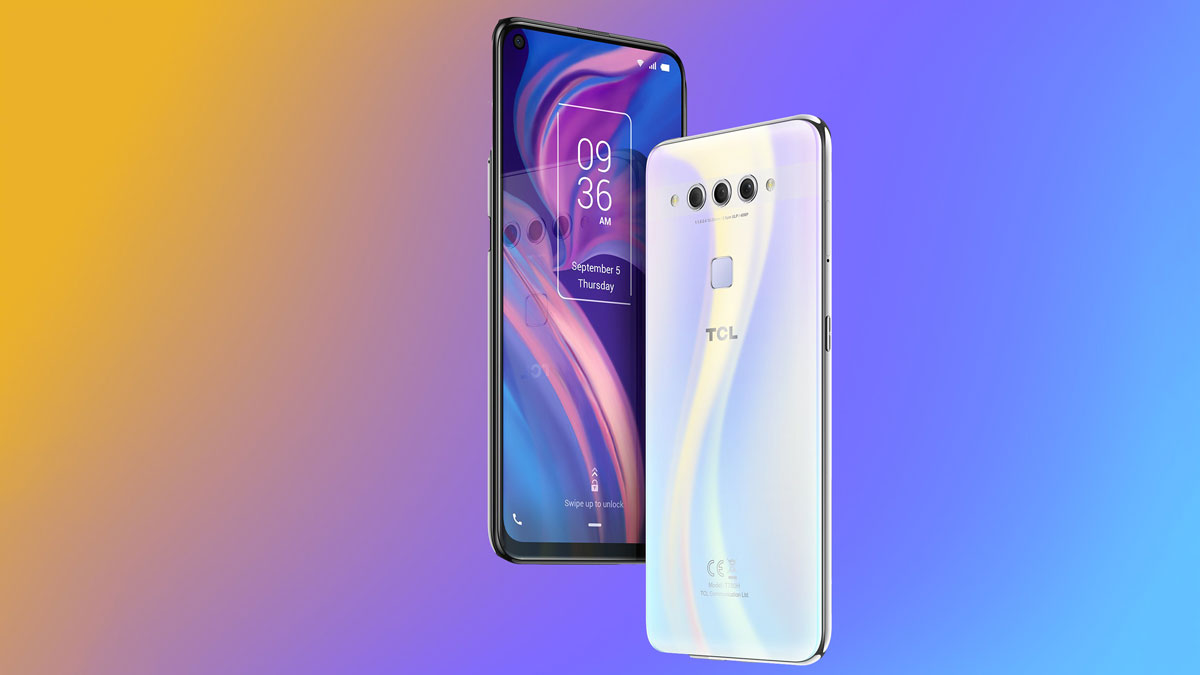 Most Australians will know TCL as a TV brand, but the electronics company has actually been making phones for BlackBerry, Alcatel and others for a while. For the first smartphone to carry its own name, TCL has put together an interesting device using in-house display technology and a surprisingly glossy first attempt at a custom Android wrapper.

In line with its competition the TCL Plex is hoping to stand out with some eye-catching finishes. There’s a white pearlescent version, as well as one in black that somehow creates distinct red, green and blue light refractions for a holographic look. The glass back, square fingerprint reader and devotion to symmetry (going so far as to include superfluous secondary speaker grilles and flash modules) makes for an eye-catching device. Around front, the incredible 6.53-inch HD+ LCD and hole punch selfie camera makes it impossible to peg this phone as a budget entry at a glance.

For cameras there’s a 48MP primary sensor and a 16MP ultra-wide, plus a third 2MP sensor dedicated to low-light video capture. Bizarrely there’s a feature that claims to show you the live feed from all three cameras simultaneously, but when I tried it the Plex definitely just showed me three different crops from the ultra-wide cam. Up front there’s a big 24MP selfie shooter.

To go with its slick display, TCL has crafted a stylish take on Android 9, filled with custom animations and tweaks. Not all the additions are winners, but the better ones include more customisable sorting options in the app drawer and the ability to swipe through multiple folders without backing out. There’s also a button on the left side of the phone that can be programmed to do anything, from taking a selfie to summoning Google Assistant. Under the hood there’s a Snapdragon 675 chipset and 6GB of RAM, putting it between the two above phones in terms of power. There’s also 128GB of storage and a decent 3820mAh battery.