Are ‘Basic Economy’ Seats Ever Worth It?

Back in November, US airline JetBlue announced its latest new airfare class for those looking to save a little cash while booking flights: Basic Blue”or in other words, basic economy seating. For those who don’t know, basic economy seating is the nosebleed section of an aircraft. In exchange for paying less than an average economy seat, you get fewer privileges ordinarily offered by an airline.

But before you bite the bullet and book a seat because it’s just that cheap, there are several crucial things you should consider first.

Know The Difference Between 'Premium Economy' And 'Economy Plus'

If you're not a frequent flyer, the plethora of seat choices on an aeroplane can be pretty confusing.

If you opt to fly basic economy on an airline like United, for one, you can generally expect to have significantly less legroom and a smaller seat width than your average seat on that aircraft. (While there is no hard-and-fast rule as to how much legroom you’ll be afforded, expect to get the bare minimum.)

As basic economy passengers are not provided advance seating assignments, you should expect to receive your seating assignment just 24 hours before your flight. This means that your possible seating options are based on whatever seating is left unclaimed by other passengers; the chances of sitting next to a friend or family member are low, as you’ll be split based on available seating.

You might feel tempted to pay for a premium seat, like an exit row, to make the experience a little less terrible given the lack of legroom and preferred seating”but when booking basic economy, you are also generally ineligible for upgrades. (If you belong to an airline’s frequent flyer program, however, you might earn a few privileges; Alaska, for instance, might allow you priority boarding even with a basic economy ticket. Be sure to contact your airline in advance to be sure.)

We joke about Economy being cattle class for a reason. There's not a lot of room to move. Airlines squeeze as much human mass into the confines of an aircraft as possible, so you want to maximise every centimetre of space you can. I'm pretty small and compact, so I can fit in most seats with ease, but if you're looking for a little extra room, we've done the leg work for you.

Because nothing in life is fair, a basic economy seat also means you’ll typically board last. This means that if you attempt to bring a carry-on, you might be forced to gate-check your bag when there’s little room left in the overhead compartment bins and others have already boarded.

Lastly, when it comes to changing or cancelling your plans, you are generally afforded zero privileges”which means you need to be pretty decisive when it comes to planning. “Ticket changes are not allowed with Basic Economy, including advance and same-day changes,” usually change or cancel your plans within 24 hours of booking.

Certain airlines, like American, may also allow changes depending on your itinerary. If you’re flying to Europe via American, you might be eligible to change your flight, though for a fee and any difference in airfare.

“˜Basic Economy’ might be worth it on shorter flights

All of this brings us back to the important question at hand: Should you still book a basic economy seat, despite all of the stated reasons why you probably shouldn’t?

Well, you’ll have to consider how long you’re willing to put up with a crappy seat to save on airfare. My opinion is that if you’re headed on a three-hour flight or shorter, generally, little legroom may not make a major difference for you and a basic economy seat is probably fine. If, on the other hand, you’re travelling internationally, you might consider booking a better seat out of concern for your basic ability to move and shift in your seat comfortably on a 10 hour+ flight.

If you’re unsure about your travel plans, you should probably reconsider booking basic economy, period. It’s a gamble, otherwise, and you’ll end up eating the full cost of an airline ticket with no recourse if you need to change your itinerary. If you want to be assured you won’t be forced to gate-check your carryon”perhaps because you’re making a tight connection”then maybe it’s worth avoid basic economy seats altogether.

And if you do end up booking a basic economy seat, well, it doesn’t hurt to do some research. Using websites like SeatGuru, you look up your aircraft’s map to find its seat configuration before booking. If you discover that your plane has a 2-2 seat configuration, at least you can rest a little more soundly knowing you won’t be stuck with a middle seat; I was recently on an American Airlines flight with this configuration and snagged an aisle seat in the very front of the aircraft. Sometimes, pure dumb luck can also work out in your favour”just don’t count on it. 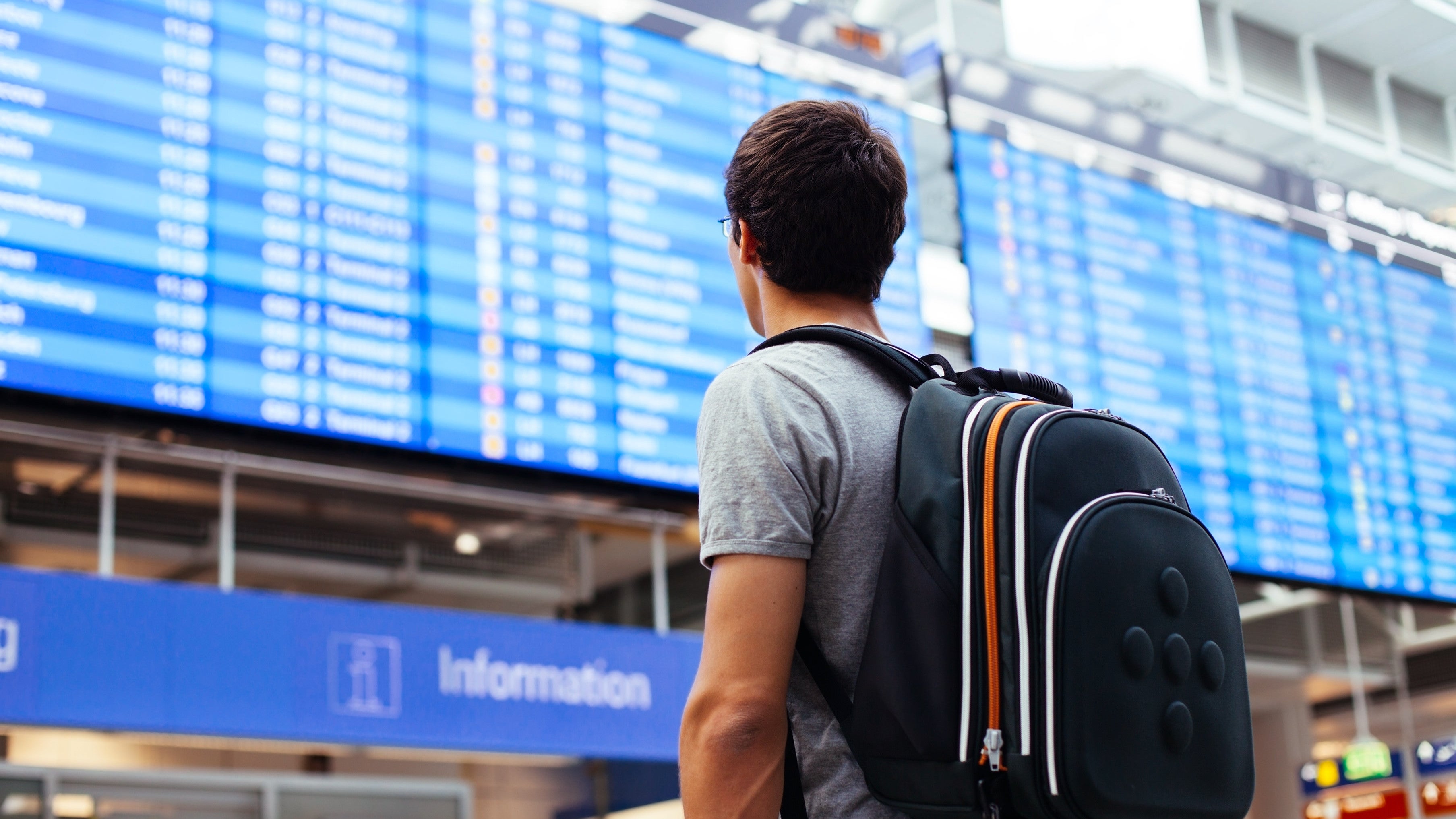 What To Ask For If An Airline Changes Your Flight

If an airline involuntarily bumps you from a flight, chances are you can ask for a whole more than you think, like meal vouchers, a hotel stay or just cold, hard cash. But what are your rights if an airline suddenly decides to change your flight's departure time entirely? It happens; over on Reddit, u/kaileen shared their family member's experience when an airline changed their itinerary last-minute.