7 Spooky Abandoned Amusement Parks You Can Visit Around The World

Amusement parks are completely fascinating to me. I’m not sure whether it’s my lack of exposure as a child, their weird, dark underbellies, or the fact that so many of them go out of business and leave rotting, decaying husks on the surface of the Earth.

See, when an amusement park goes out of business, it’s not an easy fix. Demolition is costly, and while rides can be sold off, they can hardly be put on eBay or Gumtree. Sometimes, owners are able to shift the land, the park is simply bulldozed and the world moves on. Other times, you end up with a giant Fred Flintstone statue watching over the empty Arizona desert for 50 long years. 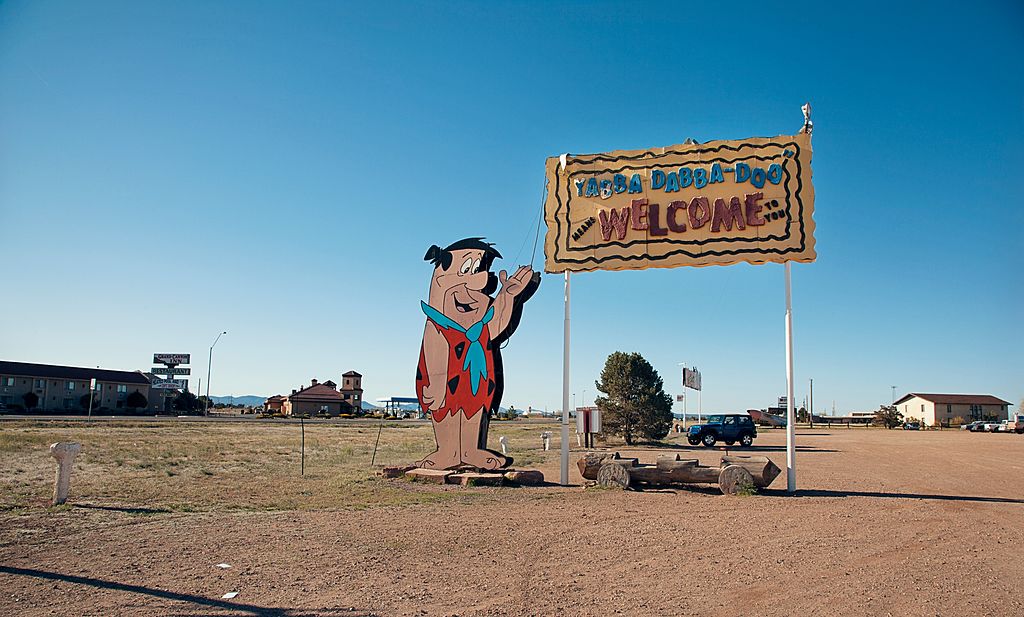 Bedrock City, Arizona’s premiere Flintstones theme park, was sold off in January of this year, with plans to turn it into a new roadside attraction. While Fred is no longer with us, there’s plenty of other spooky abandoned amusement parks you can visit around the world. 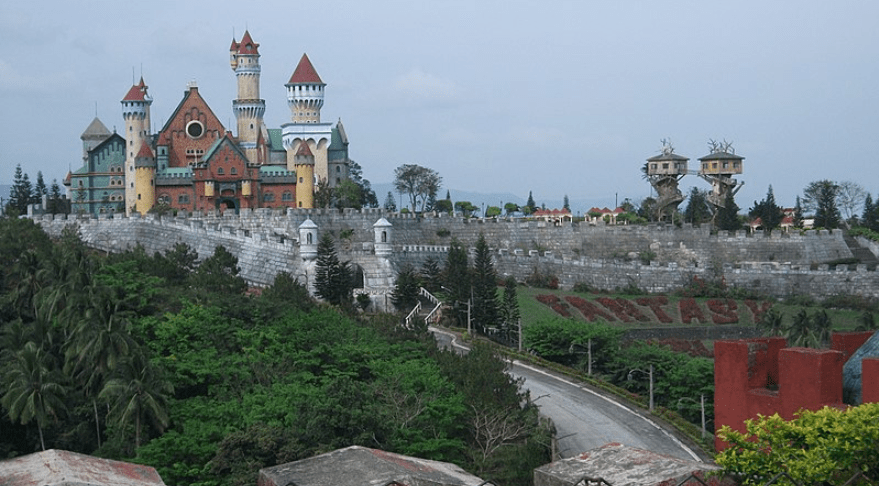 Here’s a clue for budding amusement park entrepreneurs: if you’re planning on building a park, maybe don’t try to emulate the world-renowned and much-loved Disney World right out of the gate? This lesson was hard learned by the businessman behind the Phillipines’ Fantasy World, which was built 20 years ago today — and then never opened.

Like the real life version of that novel you started and forgot about, Fantasy World stands unfinished as a testament to the dreams and aspirations of its developers, ECE Realty & Development Inc. who planned it to be a hub of cultural development and excitement. On the site, there’s a fading castle you can climb up, a rickety rope bridge that leads to a treehouse and also sadness. Lots of sadness. It’s like a monument to your crushed dreams.

You can check out all the morbid details over at TripAdvisor. 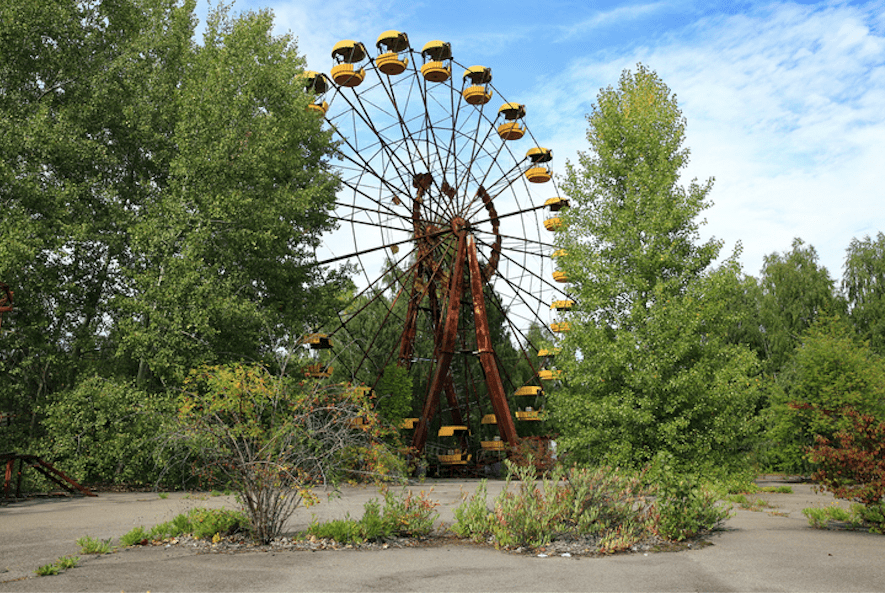 That disaster tourism. So hot right now. Everybody knows about the Chernobyl disaster and the consequences of playing with radiation. The Pripyat amusement park was a high profile casualty of this fallout, only opening for a single day — April 27, 1986 — before the entire town of Pripyat was evacuated to safety after the local nuclear reactor blew. The park was closed permanently and (obviously) never re-opened.

The ferris wheel, long since ground to a halt, has gathered rust for 40 years and the bumper cars have largely been reclaimed by nature. It would be beautiful, if it wasn’t so downright horrifying. Oh, and there’s also the small matter of the grounds being riddled with nuclear radiation. Just a small note, but not one that’s stopped curious tourists from visiting in the years since.

Adventurous travellers can see all that the amusement park has to offer via TripAdvisor and there’s even a trip that comes bundled with a Chernobyl adventure if you really want to live out your S.T.A.L.K.E.R. dreams. 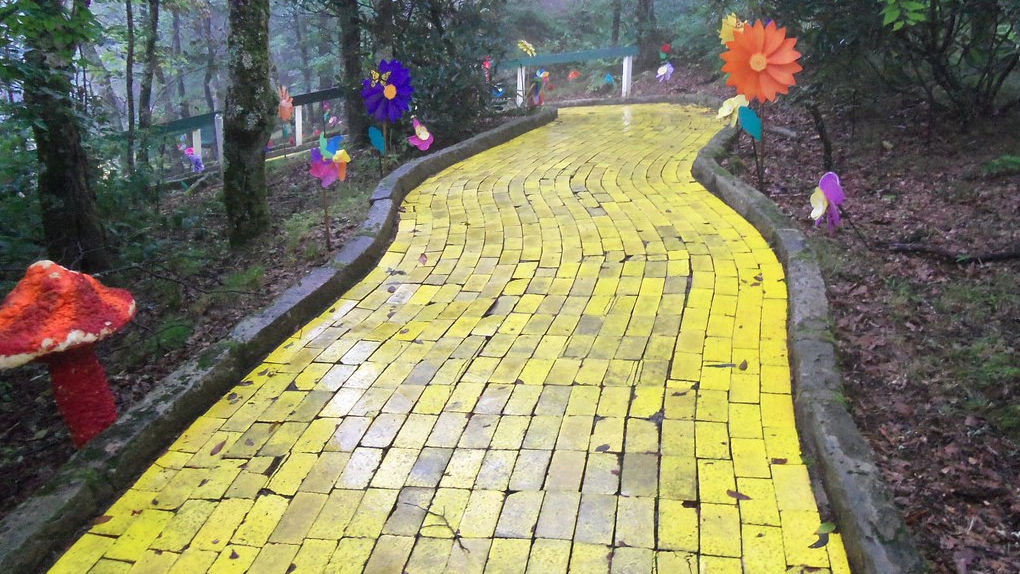 In Beech Mountain, North Carolina, the yellow brick road awaits. But instead of leading you to Oz, the 44,000 brick path will probably get you lost in the American bush. Also, you’re definitely cursed now. Sorry.

Land of Oz opened in 1970 as a monument to the popular Oz franchise, but the entrepreneur behind the project never got to see its initial success — he died mere months after the opening. That’s not to mention the 1975 fire that destroyed the park’s Emerald City replica and took most of its irreplaceable Wizard of Oz memorabilia collection with it — or the fact that thieves kept breaking in and stealing its iconic props.

The park fell into serious disrepair in the late 70s, with the animatronics, buildings and installations needing replacements and TLC that would never come. It shut in 1980, and nature soon swept in to claim it. While the Land of Oz is on private property, the owners often open it to the public, as recently as June of this year.

Like many of the amusement parks on this list, Hồ Thuỷ Tiên in Vietnam was planned to be a thriving hub of entertainment, with rides, shops and restaurants planned to populate the local area and rejuvenate it as a tourism hub. The park was never finished, yet it opened in 2004 anyway, much to the confusion of the locals. The vision for the park was incredible — and the centrepiece, a giant dragon installation — is still beautiful today, despite the decay.

When it opened, it drew crowds, but only a couple of years later, it was shuttered. Nobody ever received an explanation why. Today, the site is rumoured to be home to a colony of rogue crocodiles and it’s been overtaken by foliage, broken metal, rust and graffiti.

Intrepid travellers can visit the site today, but according to Atlas Obscura, you’ll need to pay the guards at the gate a ‘tip’ to walk this long-forgotten path. Also, you’ll need to watch out for those crocs. 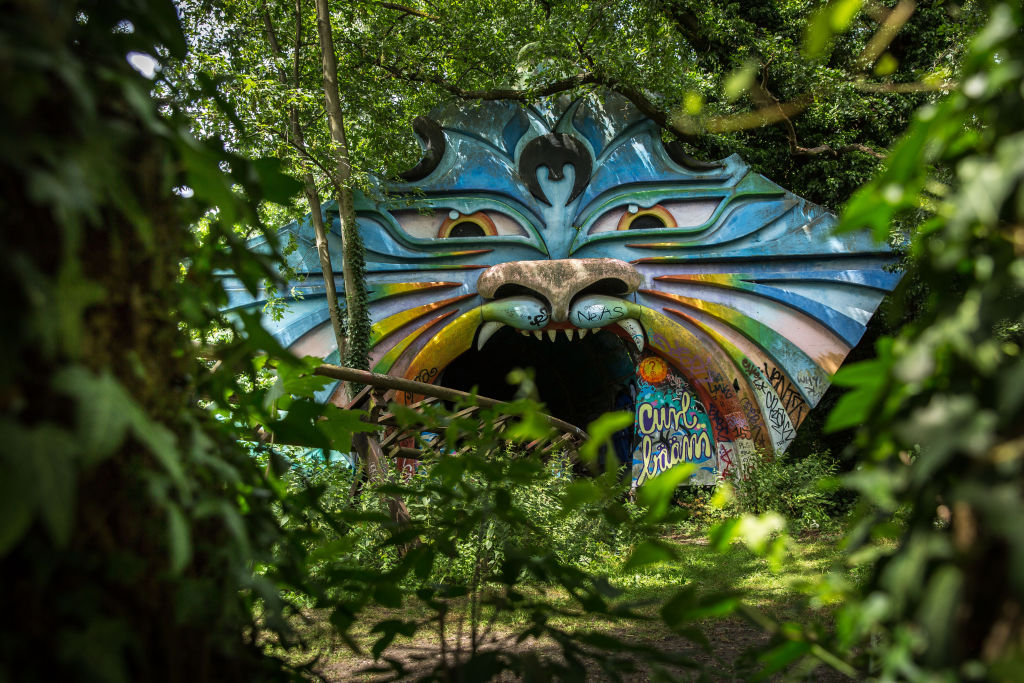 One of the older amusement parks on this list, Spreepark was opened in 1969 by the East German government and initially thrived. When new owner Norbert Witte took over its operations in 1991, things took a turn for the worst. While it received new rides and a good sprucing up, it also became home to a notorious cocaine smuggling ring. Family fun for all!

Spreepark was shut down in 2002 as visitors to the park slowed and Witte’s reputation as a criminal spread. In the years since, the park slowly began to lose its charm and in 2014, it lost pretty much everything else — with a fire gutting the majority of the remaining rides. In 2016, the Berlin government took ownership of the land and started removing the rest of the site, but many of its iconic features still remain and tours are offered by local travel agencies.

Yongma Land was a thriving hub of activity in the 1980s when it opened, but it was soon overtaken by the nearby indoor theme park Lotte World, which became (and remains) a popular cultural hub. Now, it’s home to a ghost carousel, a rotting castle tower, a rusting Octopus spinner and a very sad-looking Papa Smurf, sans Smurf village. Of course, it’s also a hub for influencers and tourists.

It costs about $20 to enter the park, with the money going towards ‘park upkeep’ whatever that means. You can find out more at TripAdvisor. 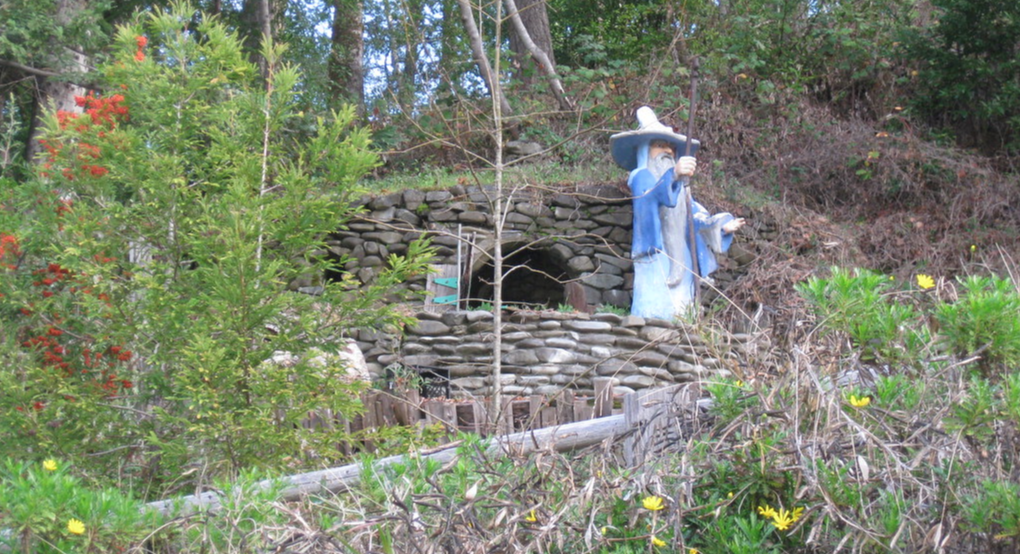 In New Zealand lies the gorgeous Hobbiton set used in the recent film adaptation of J.R.R. Tolkien’s The Hobbit. It’s is a lush, green landscape in the heart of Matamata that’s visited by fans of The Hobbit and The Lord of the Rings all year around. This is not that Hobbiton. This Hobbiton, in California, U.S.A. is a wasteland where hopes and dreams go to die.

In the 1970s, when Tolkien fever was running wild, Hobbiton USA was erected as a love letter to the much beloved franchise. Featuring a delightful windmill, replica hobbit holes, voice-activated storytelling and supposedly lumpy statues of the novel’s main cast, Hobbiton USA was a semi-popular roadside attraction when it opened in the 1970s.

It was closed in 2009, although nobody seems to know why. Probably-definitely-maybe, it might have had something to do with the fact that they never actually got permission from the Tolkien estate to build the park, but what do I know? The park might be mostly gone now, but you can still visit the last, lonely statue — the wizard Gandalf surveying his lonely domain.

This list is by no means comprehensive, with abandoned and defunct theme parks found in a variety of pockets around the world (including the remnants of iconic Australian theme park Wonderland Sydney, somewhere up in Eastern Creek).

That include’s Disney’s Discovery Island, a 11.5-acre abandoned island in Florida that houses the remains of the company’s failed aviary and wildlife park (and probably also the cryogenically frozen remains of Walt Disney). This one is a particularly fascinating case because not only is it abandoned, Disney closed it suddenly over 20 years ago — and flat out refuses to let anyone in, or even speak about it.

But that’s a story for another time.