Why I’ve Gone Back To A Portable Music Player

mp3 playerssmh
At Lifehacker, we independently select and write about stuff we love and think you'll like too. We have affiliate and advertising partnerships, which means we may collect a share of sales or other compensation from the links on this page. BTW - prices are accurate and items in stock at the time of posting.

Smartphones might be the epitome of convenience, but it wasn’t until I recently rekindled my love for a dedicated portable music player that I realised what we had lost along the way. And no, it wasn’t just the headphone jack.

I still fondly remember my first MP3 player. It was an iRiver H320, which replaced my trusty Sony Discman. This was in a time before we used one single device as our music player, point-and-shoot camera, email machine, GPS navigation system, time waster and everything in between.

The transition to wireless headphones and streaming services has made it difficult to get high quality music through your smartphone, but the greatest cost of convergence is focus. When opening Spotify on our phones we’re bombarded with notifications and apps calling for our attention, to the point that music has become mere background noise. It’s simply too hard to block out the noise and temptation of competing applications.

Since moving back to a dedicated portable music player, I’ve found myself listening to music more deeply. In other words, it’s made me listen to music the way we used to. If you, like me, are trying to reduce your screen time, walking out of the house without an all-in-one messaging / social media / game machine like your smartphone may be exactly what you’re after.

Of course the sound can be far superior too, and audiophiles have preferred dedicated portable music players from the start. Not all music players are created equal, so it’s important to keep a few things in mind when shopping for one.

I’m a big fan of the SR15 from Astel&Kern (which, in a twist of fate, is wholly owned by iRiver) for a couple of key reasons. 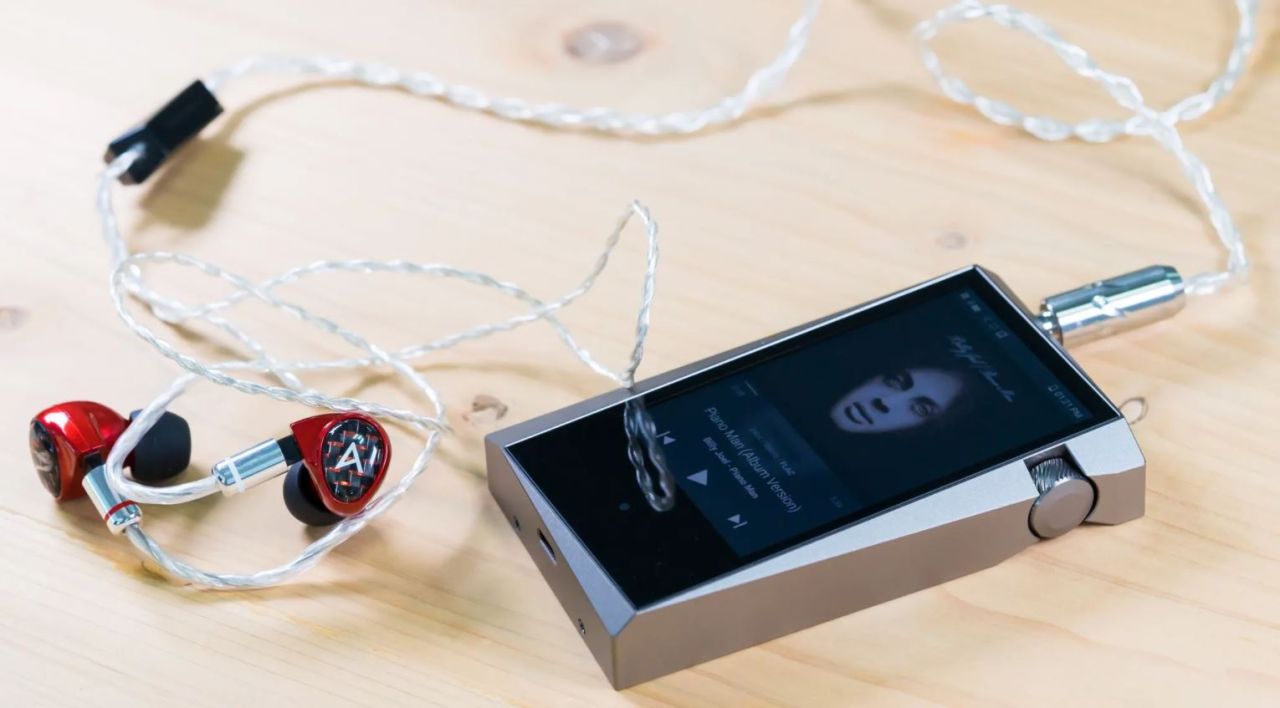 The SR15 is Astell&Kern’s most affordable dedicated music player, coming in at $850.

Unlike other high-end portable players, the SR15 is super compact and sports a striking angular design that is anything but boring. The user interface is slick and responsive but, more importantly, it uses its own version of Android that is devoid of Google’s apps and services. This means you won’t be tempted to install non-music-related apps, because there is no app store.

In order to get your favourite music apps onto the device, you use Astel&Kern’s ‘Open App’ feature. Admittedly it’s a bit of a clunky installation process, but it works and it’s something you’ll only have to do once. I was able to download and install Apple Music, Spotify, Pandora and Soundcloud to complement the pre-installed Tidal and Deezer.

For best results you’ll want to have music files on the device rather than streaming in through the internet. Dedicated music players will play just about any type of music file, but they’re really designed for the lossless formats and codecs that deliver better-than-CD quality audio. If you don’t yet have a music library of hi-res audio then it’s easy enough to acquire some through legitimate means with places like HDtracks.com or on Tidal’s ‘Hi-Fi’ subscription tier. Alternatively, you can always rip your CD collection to a lossless format like FLAC.

Any device that outputs music contains a DAC in some form. This is what allows your digital music files to be converted into the analogue music you hear through your headphones. The audio chip or DAC contained inside smartphones is low quality, and this is what separates the best dedicated portable players from the rest.

The SR15 uses not one but two high quality DACs to do the heavy lifting, and it sounds incredible. It also boasts two headphone jacks; one regular 3.5mm and one 2.5mm balanced output for those interested in a cleaner sound. I tested the SR15 with Astell&Kern’s own AK T9iE in-ear monitors, along with Sony’s MDR-1A over-the-ear headphones, and while they both sounded good the player is better suited to sensitive in-ear monitors like the AK T9iE.

High-end portable players like the SR15 can improve the audio coming from your PC as well via the player’s onboard USB-port, bypassing the PC’s DAC altogether, to massively improve your computer’s tinny output.

At $999, the SR15 is Astell&Kern’s most ‘affordable’ high-end portable player, and offers the most bang for your buck in a lineup that tops out at $4999 with the SP1000. Keep in mind that high-end portable music players are built to last, so there’s no need to go on an endless two-year upgrade cycle like you might with a smartphone.

Have some vinyl you want to listen to anywhere in the house? The folks over at Mozilla (yes, that Mozilla) wanted to find a way to get one record player to stream audio throughout the entire office. Their solution was a Raspberry Pi.